Location data analytics provider Cosmose AI today announced it raised $15 million in a funding round valuing the company at over $100 million. A spokesperson told VentureBeat the capital will be used to drive customer acquisition and product R&D.

Keeping apprised of shopping trends online is straightforward enough — whole categories of startups achieve this with modeling. But what about when that shopping takes place in-store? Despite (or perhaps because of) the pandemic, physical store brands see tracking the behaviors of mall, outlet, and department shoppers as of critical importance because of its potential to boost engagement (and sales).

To meet demand, in 2014, Miron Mironiuk founded Cosmose within a startup program hosted by venture capital firm Founders Factory. Brands like LVMH, Richemont, Walmart, L’Oreal and Samsung already use the company’s tools to track visitors’ habits and target them with online ads via WeChat, Weibo, Facebook, Google, and over 100 other internet platforms.

Mironiuk says there’s been an uptick in interest, particularly in Asia, following the easing of pandemic-related lockdown restrictions. Earlier this year, the Cosmose platform gathered data from over 360,000 stores — including over 600 luxury and beauty brands and shopping malls in mainland China, Hong Kong, and Macau — to assess how brands might recover from the pandemic-related fall in foot traffic. More recently, Cosmose inked contracts with Marriott and Walmart, expanded its operations to Japan and Paris, and partnered with a “leading Japanese ecommerce company” to bring the Cosmose platform to new clientele.

Cosmose leverages a combination of machine learning tech and telemetry to deliver a “holistic view” of in-store shoppers. Using an agentless component that draws on data from over 400,000 social media, ride-sharing, and weather apps installed across more than a billion smartphones, Cosmose claims it’s able to pinpoint customers’ locations down to store aisles (about two meters) with 73% accuracy. 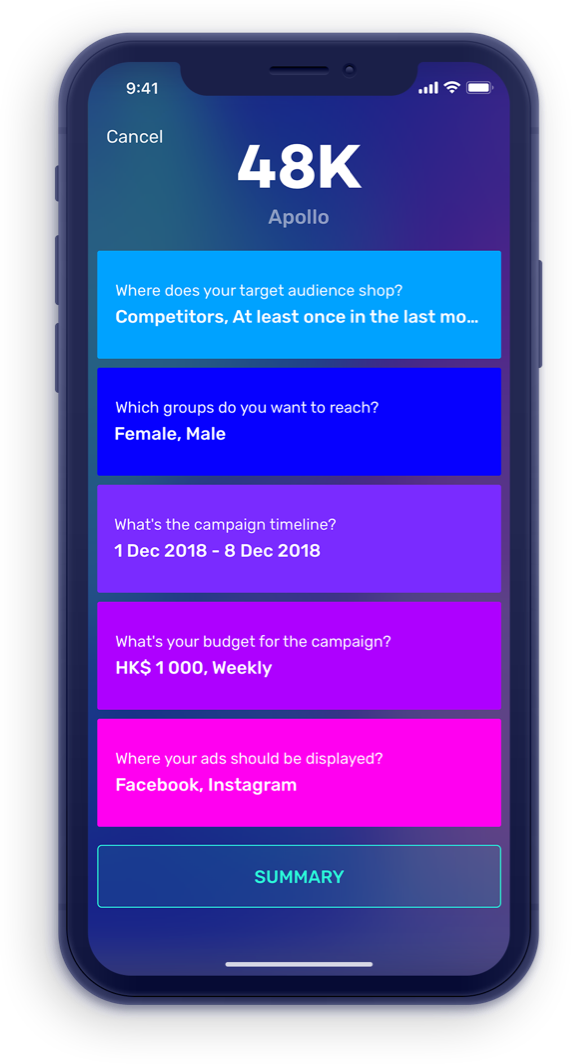 Above: The mobile Cosmose AI app.

An analytics dashboard lets Cosmose customers compare the performance of stores and analyze shoppers’ behavior through a number of lenses (e.g., brands and categories), with the goal of gleaning insights like the best location for a new store. Meanwhile, a predictive product — Cosmose Brain — anticipates when and where shoppers will go by correlating offline purchasing habits with online advertising and behavioral data, spotlighting customers most likely to convert at any moment.

All this helps Cosmose’s advertising orchestration dashboard, Cosmose Media, to show the impact of online ads on visits and measure conversions for every ad format, for each day and store. Cosmose Media also segments customers by their behaviors, like those who leave stores before making a purchase versus those who stop in a fitting room but don’t buy anything.

Cosmose says it doesn’t collect personally identifiable information like phone numbers, email addresses, or serial numbers. Instead, it uses anonymized data from data providers operating under local laws such as the EU’s General Data Protection Regulation. Cosmose says it generates a nine-digit number called an OMNIcookie for tracking a minimum of 100 smartphones offline and claims that shoppers can opt out of tracking by filling out a form on its website.

By 2022, Cosmose, which recently opened an office in Poland, aims to expand its ecosystem to over 2 billion smartphones and 10 million stores across Asia. Later this year, the company plans to launch products in Southeast Asia, the Middle East, and India, which it believes will propel it to profitability sometime in 2021.

Cosmose’s series A round was led by Tiga Investments with participation from OTB Ventures, TDJ Pitango, and a number of “ultra-high net worth” individuals in Asia. It follows a $12 million seed round in September 2019, bringing the startup’s total raised to date to $27 million.