My investment in the seasonal updates for Apex Legends is almost always determined by how much I’m smitten by the new hero. I’m absolutely a basic bitch – but if the new legend is a mixture of attractive, charming, and wisecracking then I’ll definitely be along for the ride. Valkyrie is all of those things, while also introducing a variety of new gameplay mechanics that could shake up the meta in ways that will force me to rethink how I use existing heroes. Valkyrie’s jetpack offers an element of verticality that can allow her to flank and outmaneuver foes in ways we’ve not seen before. She’s loud and vulnerable as a result, but this sacrifice is more than worthwhile, especially in the new arena mode.

Introduced alongside the arrival of Season 9, Kairi Imahara is a bold and brash winged avenger whose origins are tied directly into the Titanfall lore. Her father piloted the iconic mechs, and thus she developed a fascination for mechanics and technology that saw her grow into a deadly, tongue-in-cheek aerial assassin. With a fractured past, she built a jetpack in her father’s memory and developed a love for the sky. She isn’t the catalyst to Titanfall 3 or anything like that, but Respawn Entertainment paying ample respect to the underrated shooter franchise with a new hero like this is amazing, and perhaps explains why I’m so taken with her. She’s already my main, largely because of her angelic movement speed and ample capability in a firefight.

Flying above an enemy squad to spook them while my allies flank their position never gets old, with the loud nature of Valkyrie’s jetpack acting as both a blessing and curse in hectic situations like this. While her missile barrage doesn’t deal a huge amount of damage, it’s far more effective as a zoning attack, drawing foes out of cover for just long enough to meet their demise. Her ultimate ability also doesn’t focus on damage. Instead, it follows Valkyrie as she flies up into the air, allowing fellow players to join her and skydive out of deadly encounters. It’s a way to save yourself and those around you, instead of flying into battle and being murdered because you’re too selfish. Yes, I did that a couple of times by accident.

Valkyrie is also unashamedly queer, with one of her voice lines stating that she “likes her women just like her sake” which is a far more concrete example of queerness than we’ve seen from other heroes in the game. Bloodhound is non-binary, while Gibraltar is homosexual, but such identities aren’t immediately obvious to the average player. Valkyrie’s voice line is still buried beneath an unlock screen, but it’s there, and I’ve been spamming the line ever since I unlocked it. Sorry everyone, this disaster lesbian is ready to drop and gun down some fools. It’s also been mentioned in sponsored interviews by Electronic Arts, so the publisher is seemingly eager to push the diversity of Apex Legends. It could still be better presented, but queerness is here to stay, and that aspect of things matters. 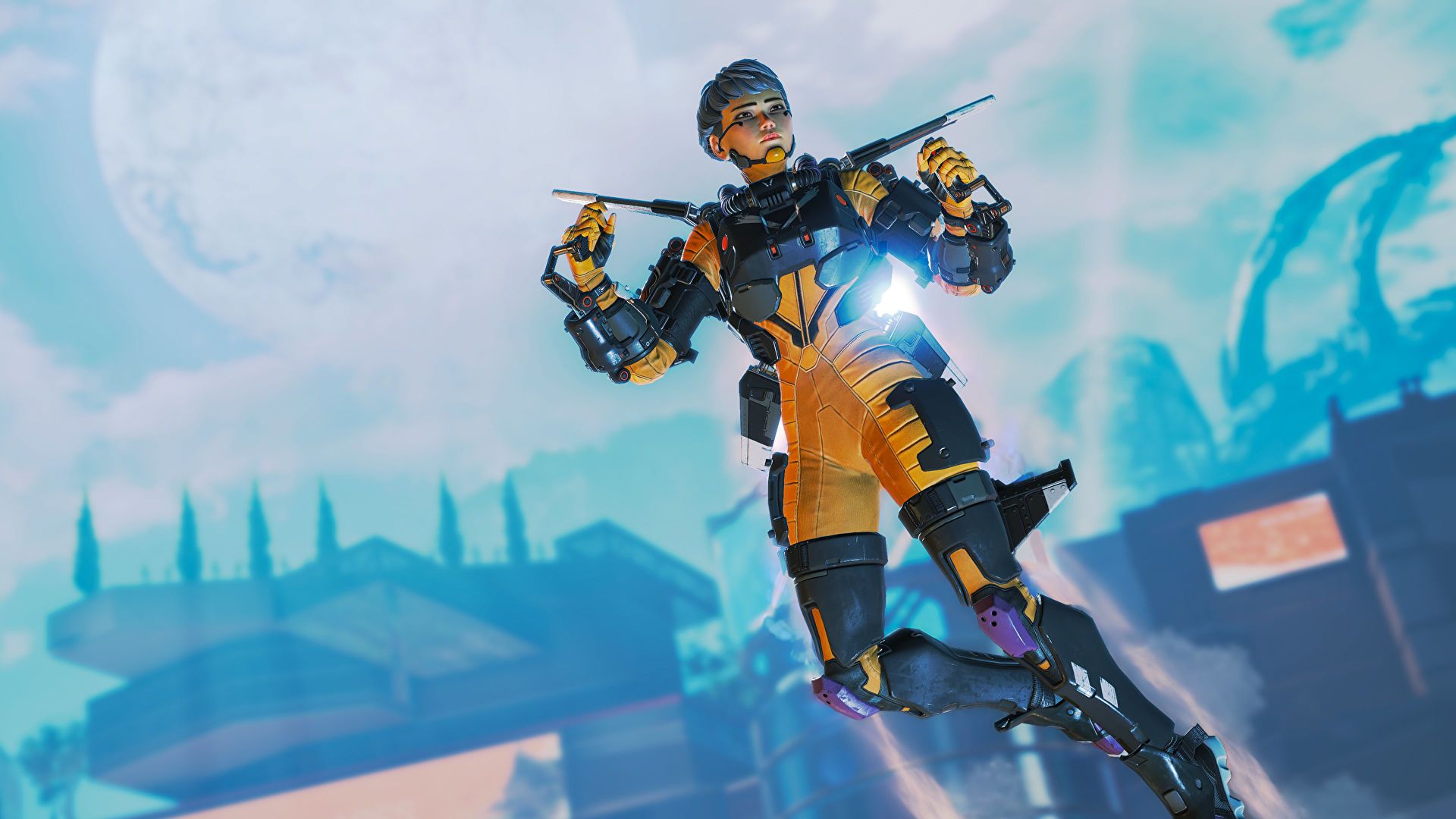 The battle royale experience has had a number of fascinating new heroes added since launch, but Valkyrie is the first to make me stand up and truly take notice. Octane is just a Zoomer influencer, while Crypto is a weird nerd who absolutely deals in NFTs. Loba is excellent, but falls victim to design tropes that are found in a number of latina characters in hero shooters – Overwatch’s Sombra or Valorant’s Raze and Reyna being other examples. Valkyrie feels delightfully distinct, with abilities that threaten to throw the meta into a tizzy as it learns to adapt with how her jetpack is capable of countering all manner of skills. She’s easy to take down, but that doesn’t matter when Valkyrie is in the hands of skilled players. Apex Legends is on one hell of a hot streak right now, and I hope it doesn’t end anytime soon.