My first encounter with the Balrog-like, bipedal demon known as the Khnum began as a side quest, and an implicit promise of a bountiful reward—because why else would anyone embark on a frivolous side quest? After mowing down waves of bloodthirsty fiends and Beheaded Kamikaze soldiers, I was soon ushered into a room where the towering beast was kept, fireballs in hand and ready for a showdown. In the trademark harsh, guttural voice of a hyper-masculine action hero, the eponymous Serious Sam exclaimed that this wasn’t the reward he expected, but nothing stops the man of the hour from pulverising the Khnum into mash, anyway. It was then Sam came to a sudden epiphany, as he remarked sagely to himself, “Sometimes the fight is its own reward.”

Sam’s musing about the nature of the Khnum battle pretty much encapsulates Serious Sam: Siberian Mayhem’s appeal: the combat is the point of the entire game. And oh, plus all the one-liners and goofy dialogue, too. This is the sort of joke that Serious Sam, a series of first-person shooters, is largely known for, and like its predecessors, Siberian Mayhem is just as big on gun-toting action sequences and ridiculous, even if recycled, punchlines. Yet, just as Sam’s quintillionth quip about the headlessness of the beheaded kamikaze soldiers never really gets old, neither does the trepidation and awe of rearing up for a massive, hectic battle, as you ready yourself against the waves of foot soldiers and aliens rampaging towards you.

A standalone expansion to Serious Sam 4 featuring five new levels, Siberian Mayhem takes place in the Tunguska Plateau of Russia, but the wafer-thin plot about hunting down a certain General Brand does little to detract from the action. This expansion doesn’t quite break the Serious Sam mould; as with previous titles, you’re still performing quite a fair bit of murdering to the heart-palpitating rhythm of a heavy metal soundtrack, armed with the biggest and shiniest of cannons. Siberian Mayhem largely coasts on such waves of familiarity. You are armed with the typical arsenal of weapons: a pistol for when you run out of bullets, shotguns for close range attacks, assault rifles for more precise shots, and bigger guns like rocket launchers and crossbows. The hordes of enemies from Serious Sam 4 and previous games also make a return here: the Arachnoids, Sirian Werebulls, and the Kleer Skeletons are all back for your blood. Players familiar with these beasts will, by now, instinctively understand how to manoeuvre around and tackle them, but you wouldn’t really need to have played the series before to quickly pick up and read the pulse of these battles. All you have to do is to master the fine art of exacting frivolous, crimson carnage—a fair bit of nimble footwork, circle strafing and a steady hand will be necessary—and there are plenty of opportunities to do so in Siberian Mayhem. 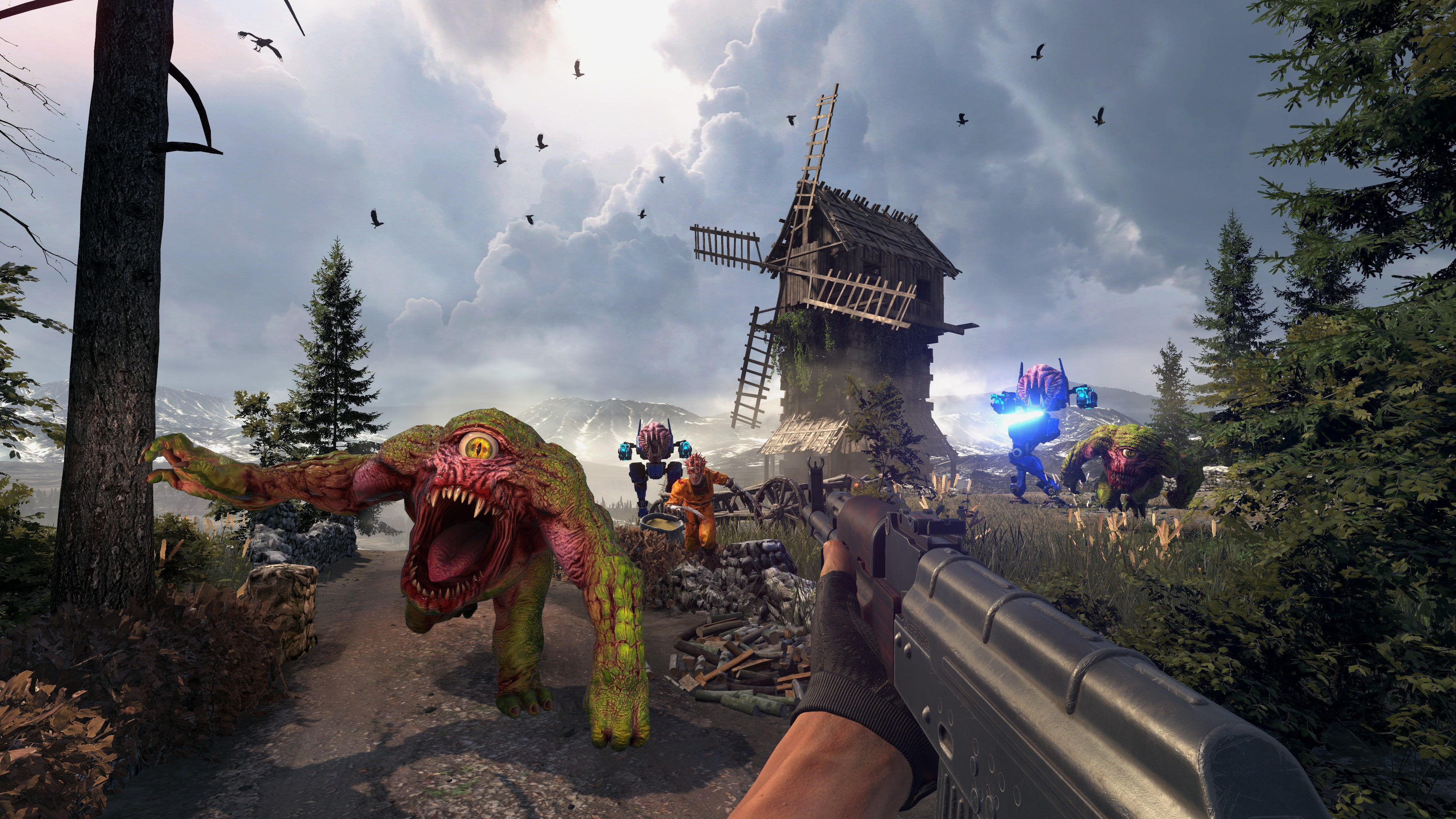 Aside from all these galactic thrills, Siberian Mayhem is largely more of the same, satisfying encounters of busting skulls and blasting bodies till they erupt in a geyser of viscera. Health pickups and pieces of armour are abundant, sometimes giving you the extra boost you need to finish a calamitous encounter. You can even commit vehicular violence with a huge tank, complete with an unlimited amount of machine gun bullets and cannons, and one level demands that you clear off an sizable army’s worth of soldiers, hell spawns and infested automatons with the tank. But these encounters are usually both frenetic and furious, which can mean long and drawn-out battles due to the sheer amount of enemies being hurled at you. And with some combat taking place in tight, enclosed spaces, these fights can feel rather frustrating—and ludicrously unfair—when you can find little where else to duck a hailstorm of missiles, venom, fireballs, and rampaging soldiers. But ultimately, that’s still part of the Serious Sam package: the beating of nearly impossible odds as an over-the-top, supreme specimen of humankind.

The outrageousness of Siberian Mayhem’s combat can only be matched by the irreverence of its humour, which is more corny than acerbic. That said, it is more or less aware of its ridiculousness, with Sam muttering stupidly hilarious one-liners at the most perfectly timed occasions, or when overhearing the conversations of Russian soldiers who bemoaned having to face Sam eventually. When peppered in between the game’s intense, almost non-stop action, these comedic bits serve as a much welcomed relief, like a much-needed gasp for air from staying too long underwater. Sam himself, too, is a walking parody of the hypermasculine action hero, powered by little else other than his own chest-thumping bravado. 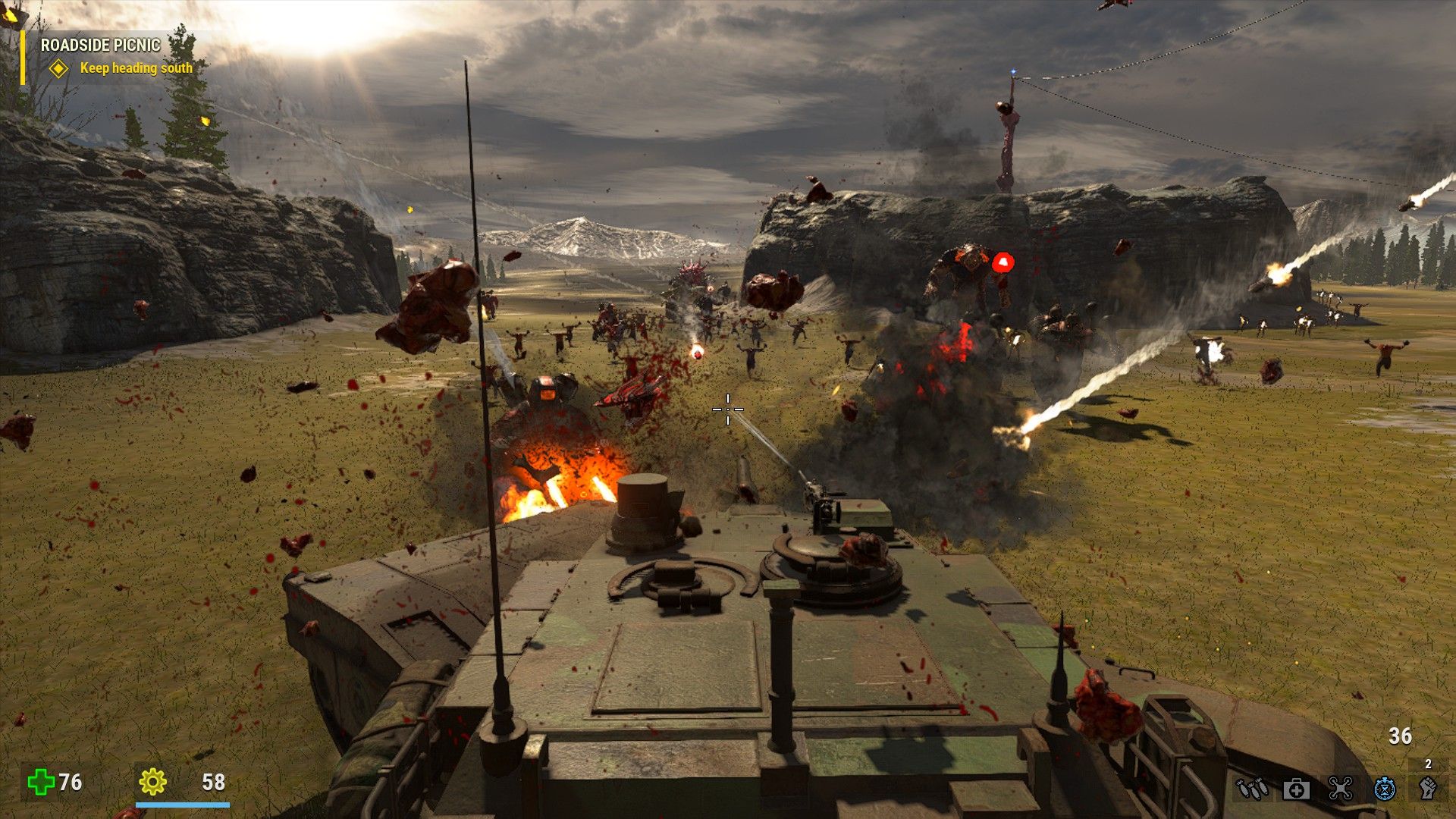 But isn’t that what Serious Sam is all about, anyway? To say that the game is uncomplicated isn’t exactly false, even if that isn’t meant as pointed criticism. In the Serious Sam universe, everything boils down to unadulterated, primal fun—the outsized, hyperactive battles, the overwhelming demonic invasion, the barrel of wisecracks and in-jokes—all performed with a wink and a smile. Even as Siberian Mayhem quickly descends into chaos and sheer pandemonium, there’s always a final word to be had, or one last gunshot to haphazardly fire into the abyss. And when you inevitably fall to the forces of evil—because you’re just one person raking up thousands in terms of bodycount—you just need to try, and try, and try again. There’s little that’s particularly groundbreaking in Serious Sam’s brand of predictability, but there’s also comfort to be found. As Sam said, the fights are their own rewards, after all.

Score: 3.5/5. A PC code was provided by the publisher for this review.