It's been eight years since GTA Online first launched, and in that time Rockstar has updated the game with missile-firing hover-bikes, stunt races, a flying car based on Back to the Future's DeLorean, an entire tropical island, and even a guest appearance by rap legend Dr. Dre. The contemporary setting and generally absurd tone of GTA gives the developer a lot of freedom in this respect. It can add pretty much anything to the game and it won't feel out of place. However, the same can't be said for Red Dead Online.

I've had some great times in Red Dead Online—mostly in Free Roam mode. There's something very compelling about sharing that vast, beautiful open world with other people. Encountering a fellow player in the wilderness is always a tense moment. Are they a friend? Or is their hand already hovering over their six-shooter? It's a powerful platform for emergent, player-created stories, and almost has the feel of an MMORPG at times. It makes the game's setting feel thrillingly wild and unpredictable.

Even though Rockstar never publicly reveals its player numbers, it's no secret that Red Dead Online isn't as popular as GTA Online. Concurrent players on Steam is by no means an accurate metric of a game's success, but for illustrative purposes, about 150,000 people are playing GTA Online as I type this, compared to about 20,000 playing RDO. That's still a large number, but you get the idea. GTA Online is just bigger in every sense, and the recent launch of The Contract has only solidified its lead. 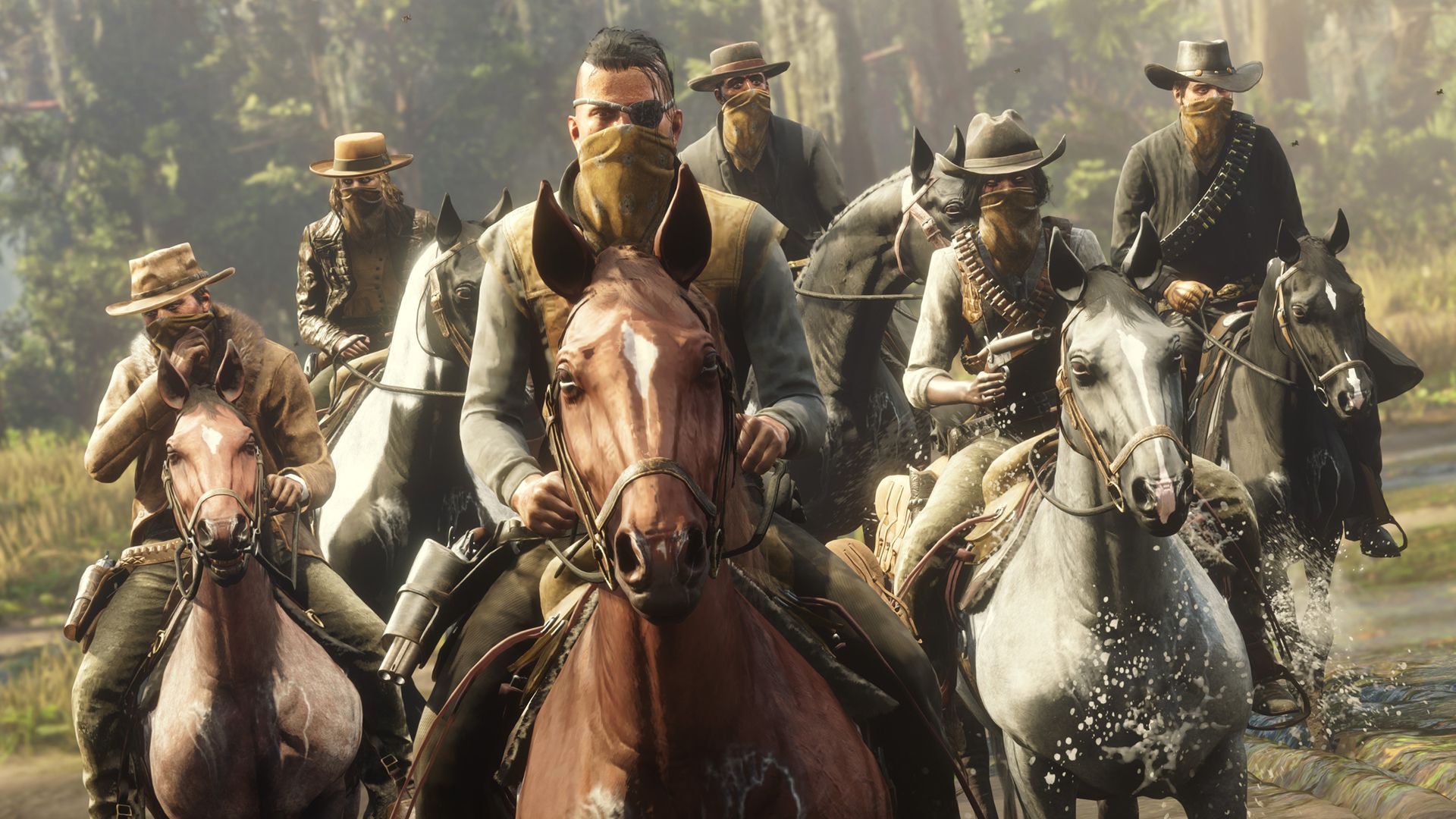 There are a lot of reasons why Red Dead Online hasn't captured people's imaginations as much as GTA Online. For one, Grand Theft Auto is one of the most popular things in the world. Red Dead attracts a big audience, but GTA is an unstoppable force. The focus on historical realism might also limit Red Dead’s audience. I can imagine a lot of people would rather dress up like an alien and fire missiles at people from a rocket-powered hover-bike than hit the trail on horseback in period-accurate 1890s clothing.

Red Dead Online has been around for almost three years now, and there have been updates. New missions, weapons, and clothing have been added on a fairly regular basis, as well as updates like Frontier Pursuits, which brought in three new professions. But there hasn't been anything really exciting. Nothing on the level of GTA Online's heists or The Contract's Dre missions. Even the new clothes and guns have been uninspiring—especially compared to the outlandish outfits and weapons in GTA.

The problem is the setting. Red Dead Redemption 2 isn't a completely accurate depiction of the United States in the 1890s, but it's still steeped in a level of realism, historical fact, and simulation that GTA is not. As a result, it's tethered to reality in a way that severely limits Rockstar's ability to be creative. If you were roaming the dusty scrubland of Cholla Springs and you saw a cowboy screaming past on a robotic hover-horse, it would clash horribly with the otherwise understated tone of the game. 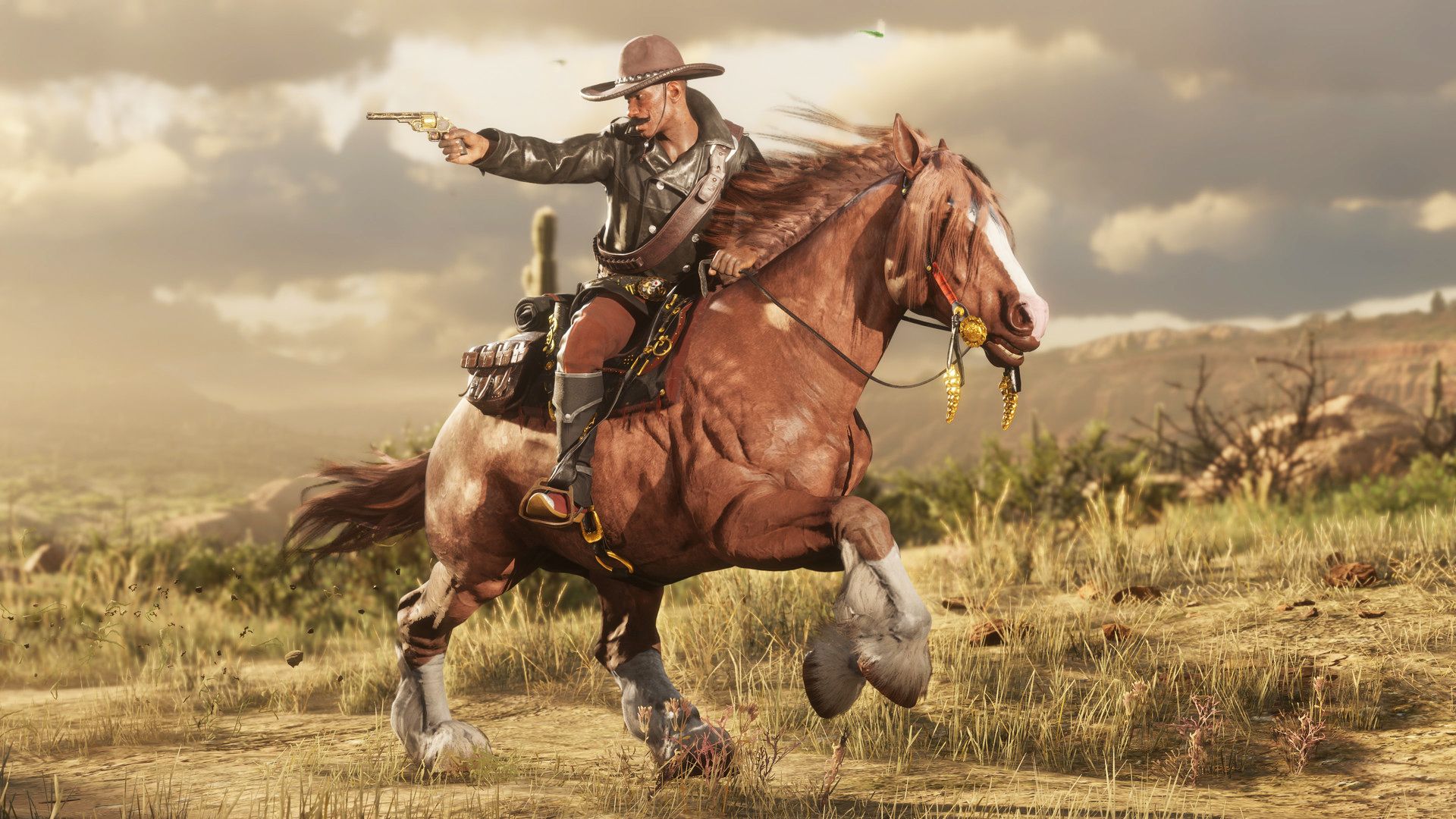 Rockstar has backed itself into a corner. I love the authenticity and weighty, tactile feel of this world, and I consider it to be one of the greatest video game settings ever built—if not the best. But as a platform for an evolving multiplayer game, it's very limited, and as a result Red Dead Online will likely continue to struggle to find a large audience. Rockstar could go off-message and ramp up the absurdity, but I feel like it would be a betrayal of the semi-realistic setting it worked so hard to establish.

I'll still dip in and out of Red Dead Online occasionally. It's a great way to spend time in that setting, with the presence of other players adding some extra life (and danger) to the experience. But I can't help but feel like it's hit a bit of a brick wall in terms of keeping people excited and engaged. A grand gesture like adding Mexico to the map could draw people in, but with a notable lack of updates in recent months—and that recent high profile GTA Online expansion—its future feels slightly uncertain.