Next-Gen GTA 5 Is A Big Upgrade For Console Players, But Not A Mind-Blowing One

If you've played Grand Theft Auto 5 on PC, this newly launched 'next-gen' version will not blow you away. On PS5 it's roughly equivalent to the Windows version of Rockstar's crime epic running at high settings. But if you've spent all your time in Los Santos on PS4, or even PS3, it'll be a significant improvement. That's the most important thing to know going into this version. It's the same game deep down, but a vastly better console experience.

First off, the anti-aliasing has been massively improved. The PS4 version of GTA 5 (and even the PC version at times) suffers from a bad case of the jaggies. It's not as distractingly shimmery as some games with poor or limited anti-aliasing, but very noticeable in certain places—particularly the fine details of cars. This new version of GTA 5 does a great job of eliminating the worst offending ragged edges in fidelity mode, which makes the image feel more solid overall.

Explosions, smoke, and fire have been given an overhaul too. Explosions are more dramatic, fire looks fierier, and thick, black smoke belches from wrecked cars. There's also a nice shockwave ripple effect when a vehicle explodes, which sells the intensity of the blast. In a game where you spend a lot of time blowing stuff up, especially in the final act, this is a nice addition. Hardly a game changer, but it adds a little extra something to action scenes. 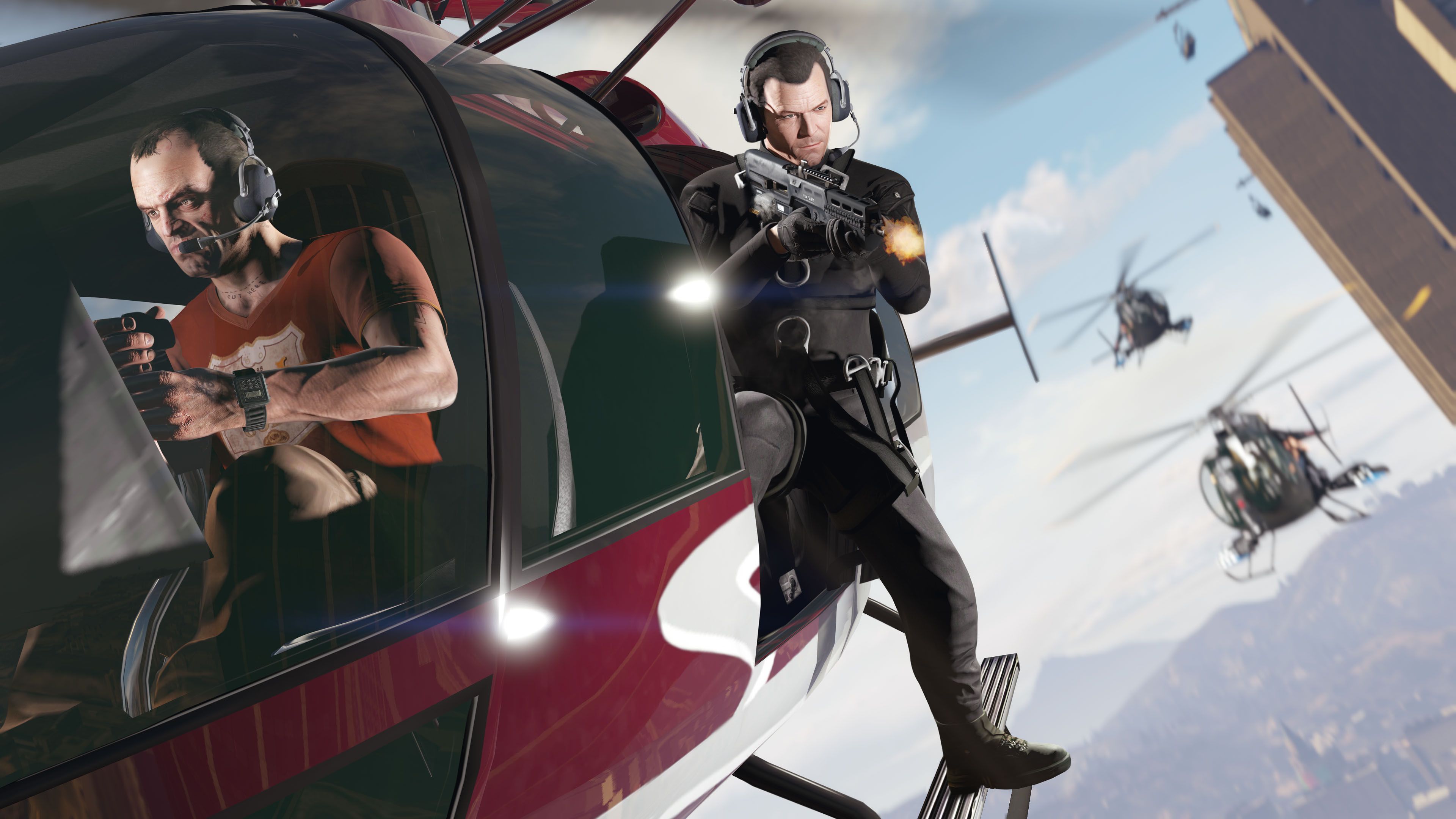 Explosions and fire now also cast realistic real-time shadows. Fidelity mode makes use of ray-traced shadows, which when you look at comparison videos/screenshots doesn't make that much of a difference. Shadows are softer and behave a little more realistically, but it's not a significant enough addition to transform the image in any major way. The important thing is that it looks a damn sight better than the last-gen console versions ever did.

When it comes to reflections, the PS5 might have PC beat. Driving along Vinewood at night in a rainstorm, the reflection of neon signs in the puddles seem a lot more accurate and detailed in the next-gen console version. However, reflections don't seem to be ray-traced, as it's not quite a 1:1 mirror, and cars and pedestrians don't cast reflections. Even so, whatever method is being used, it looks great. The PS4 could only dream of pulling this off.

The draw distance has been improved quite a bit over the PS4 version, although distant scenery has a soft, almost out of focus look to it. I'm not sure if this is a technical or an artistic choice, but on PC, faraway things are notably crisper. Foliage density and detail is way better than it was on PS4, and basically identical to the PC version on high settings. However, the world LOD is a little laggy. You'll see things visibly 'pop' into detail occasionally. 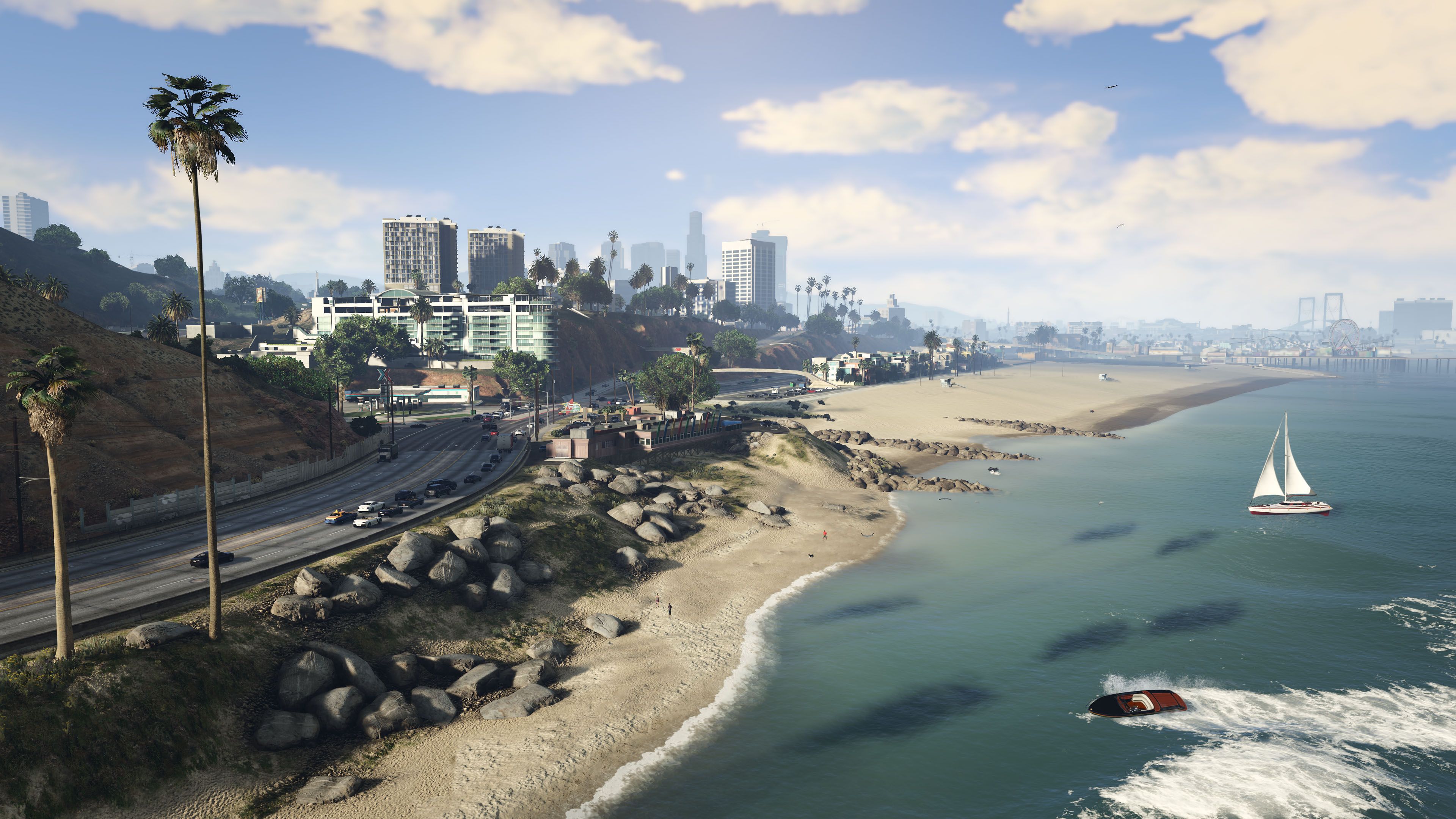 In Fidelity Mode the game maintains a solid 30fps, but the controls feel slightly sluggish. It took me a while to adjust to this, especially when driving. But in Performance mode the game trades resolution and a few graphical details to hit a steady 60fps. There's also a Performance RT Mode that throws ray-tracing into the mix, but lowers the intensity of it to maintain 60fps. I've been sticking to Fidelity mode as the image quality is noticeably better.

Loading times are mercifully short on PS5. On PS4, it would take just over two minutes to load from the dashboard into the game; on PS5 it takes just 30 seconds. I haven't noticed much difference in swapping between characters, though. It feels basically the same as it did on PS4 to me, and a few comparison videos posted online seem to back this up. When I first heard about this version I imagined instantaneous character switching, but sadly not.

Driving and shooting feel a little nicer on the DualSense thanks to the game taking advantage of its adaptive triggers and haptic feedback—although the effect is more subtle than I hoped it would be. The next-gen version of Cyberpunk 2077 does a much better job of using the adaptive triggers to add weight and resistance to its driving physics. I do like feeling the rumble of different road surfaces under my wheels as I drive, though. 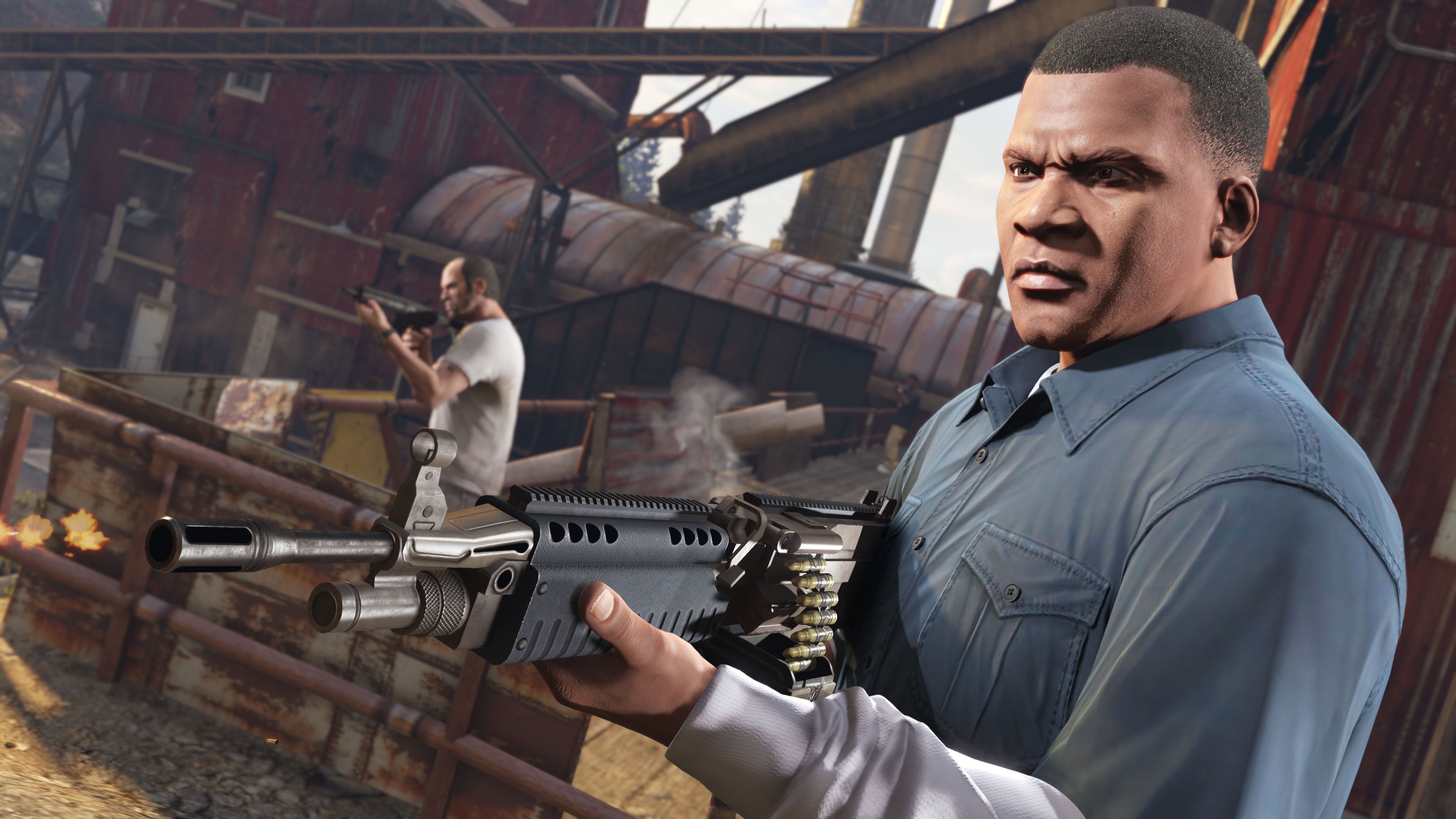 That's about the size of it. This is not a remake, a remaster, or any kind of dramatic reimagining of GTA 5. It's the same game you've probably played through half a dozen times already—it just runs better and loads faster. Expect anything more from it and you'll likely be disappointed. If you've played the PC version at max settings in 4K, there's nothing here you haven't seen before—except some slightly better real-time reflections.

Even with the extra graphical fidelity, this is still very much GTA 5. None of the new visual or PS5-specific features elevate it beyond that. No matter how Rockstar dresses it up, this is still fundamentally an eight-year-old game—and it's starting to show. It's still one of the best GTAs, and the story is probably worth experiencing one last time, but I am so ready for a new GTA. I'm looking forward to playing the enhanced next-gen version of GTA 6 in 2035.