I am writing this article almost entirely to manifest Twilight Princess on Switch into existence, but I’m also writing it to say that hey, guess what? Twilight Princess is an excellent Zelda game, and I think a lot of people who hated it are going to have to reckon with that fact once it comes back in all of its emo glory.

Twilight Princess originally reared its angsty head way back in 2006. If I had to describe it with a single image, it would be of a crow with an intensely hairsprayed side fringe that doesn’t fly, it just sort of glides to the theme of Welcome To The Black Parade, floating along the currents of Gerard Way’s keening. But just like emo music, Twilight Princess is a whole lot more complex than it might initially seem. The vast majority of those tracks had enough sections for an entire ‘80s album – those kids were writing riffs like it was nobody’s business.

I often wonder if a lot of the Twilight Princess hate comes from its use of motion controls on the Wii. If so, fair enough – I didn’t hate them, but I’m not a stalwart defender of them either. In general I’d probably prefer standard button controls, and I’m sure plenty of other people would agree with me on that. Given that Skyward Sword has integrated full controller support into its upcoming Switch port, allowing you to tackle all of the previous motion-gated sections without having to move at all, I reckon it’s reasonable to assume that Twilight Princess could get the same treatment. And so, we don’t need Nunchuks to use swords anymore – lovely. 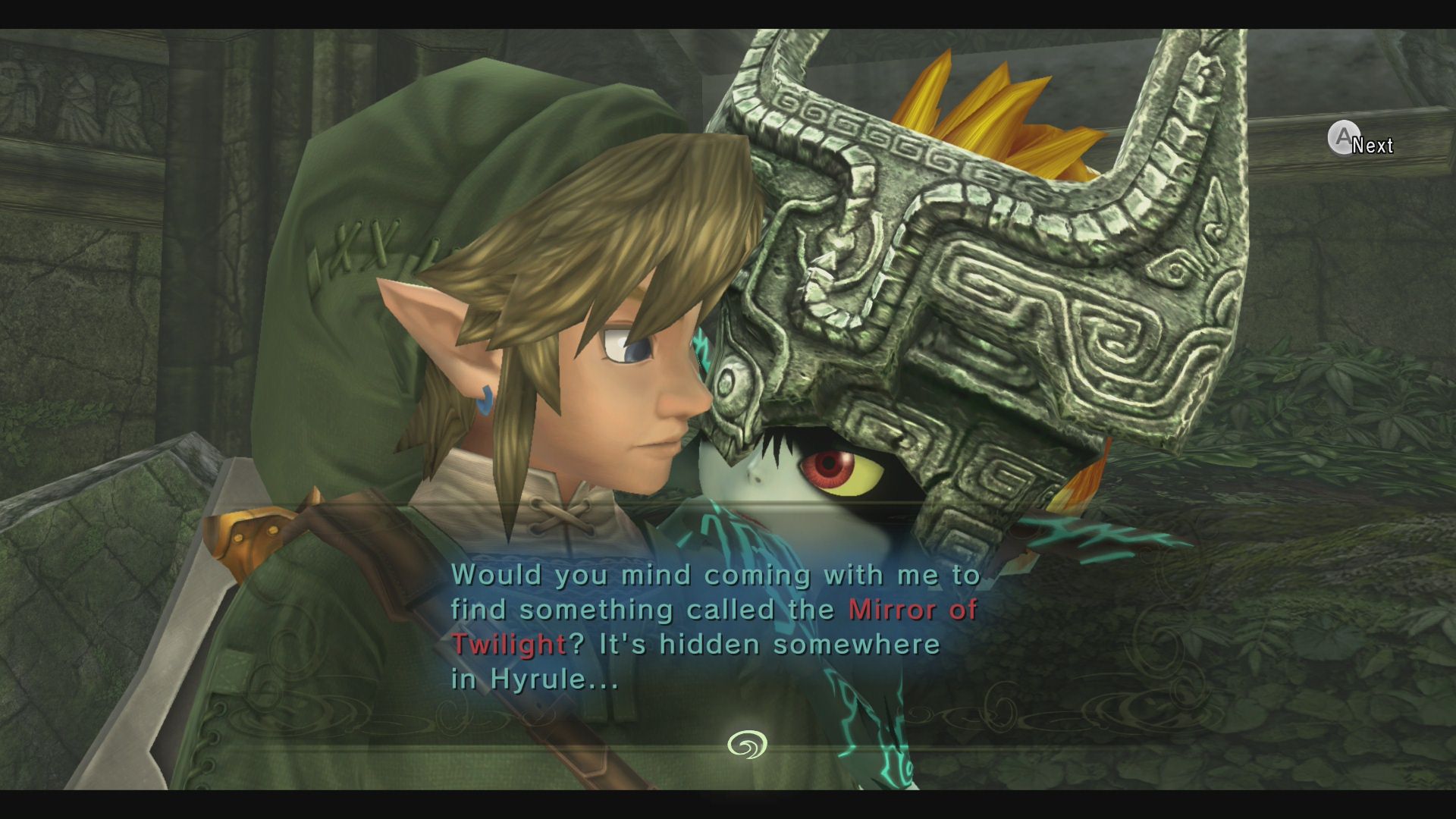 With that out of the way, I have no idea why else anybody felt the need to complain about this game so much. Environmental design? Top-tier. Music? Banging. Characters? Midna is one of the best in Zelda history. Story? For a series where narrative is often relatively secondary, Twilight Princess goes places, and then plunges said places into a world of perpetual darkness filled with spider monkey enemies with tentacle hair and skull-shield faces. Oh yeah, the enemy design is great, too.

I’m firmly of the opinion that our Zelda perspectives have a lot to do with when we were introduced to the series, as well as where we’re at in our relationship with it every time a new game comes out. I had just turned 11 when Twilight Princess launched in Europe back in December 2006 – I’ve played it since, for what it’s worth, so this article isn’t based on how I felt 14 and a half years ago – and I think that was sort of peak Zelda time for me. I loved Minish Cap before it but didn’t really care for Phantom Hourglass after it – Halo 3 came out that year and absorbed far more of my 12-and-I’m-nearly-a-teenager-now mindset. But I’ve also replayed the vast majority of Zelda games in my adult years and Twilight Princess stands confidently above most of the rest of them. To put that into context, I like it more than The Wind Waker, but less than Majora’s Mask.

My favourite part of Twilight Princess – aside from art direction and Midna – is its amazing integration of puzzle design and world traversal. You can move on foot, on horseback, or on foot as wolfy Link, who gains access to a whole new suite of abilities at the expense of his ordinary human ones. You obviously can’t hold a sword anymore – you’ve got paws now – but this adds stylish flair to moment-to-moment play. While you’ve got the standard sword-and-shield-based defensive Link, you’ve also got the far more agile, dodge-and-lunge moveset of the wolf. But that’s just combat – you also need to swap to wolfy Link to use your acute sense of smell and propensity for digging to uncover certain items, but you’ll need to play as normal Link to handle the tools necessary for solving puzzles. Like the Twilight Realm corrupting Hyrule, this facilitates the simultaneous existence of two incredibly distinct worlds mapped over the exact same landmass. It makes every facet of this gorgeously emoish ecosystem worthy of investigation, which is always enjoyable because of how stunning even its most dark and decadent regions are. 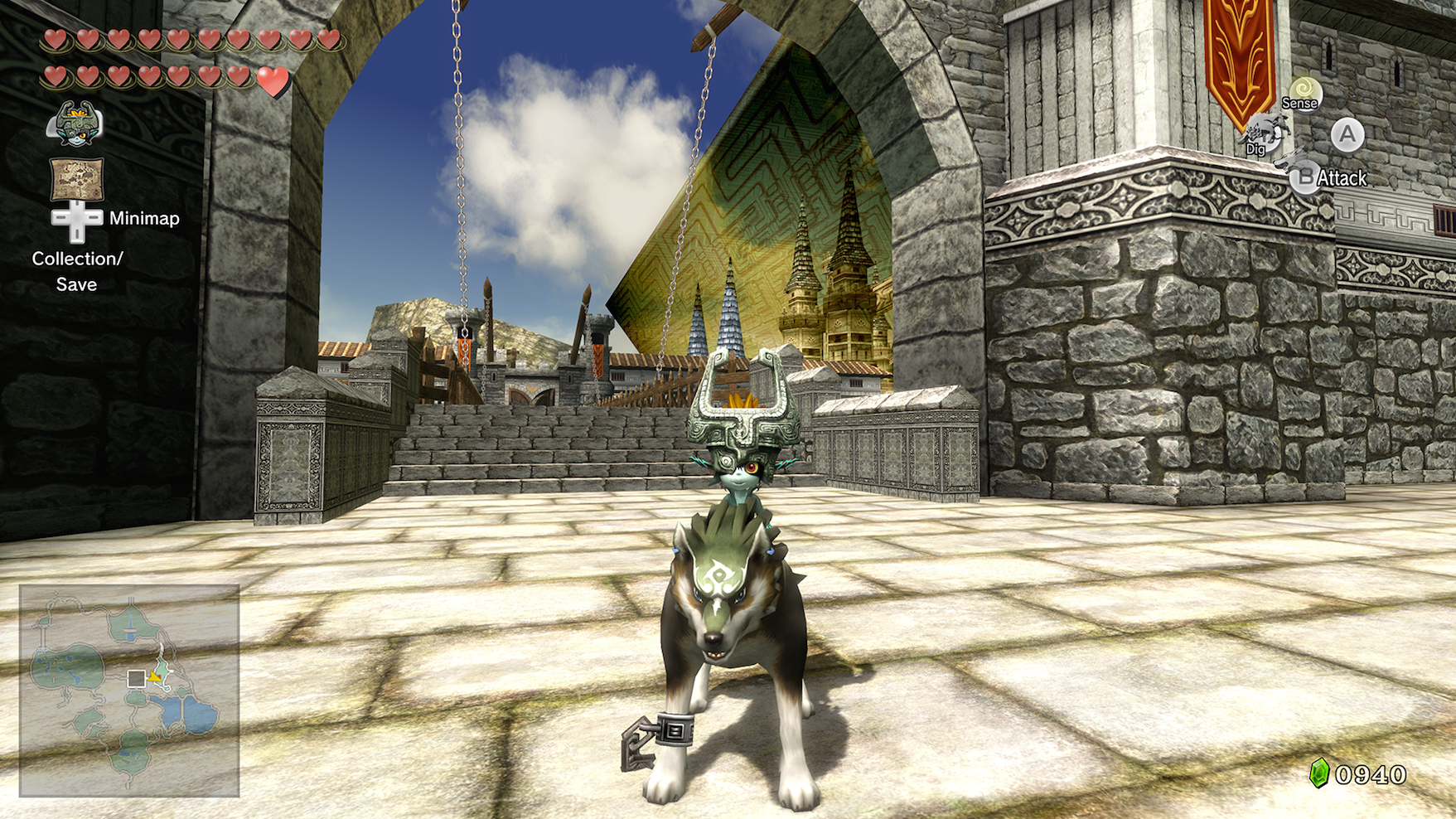 That’s an important point to consider, because although the world is in desperate need of saving here, it’s difficult to rush through Twilight Princess. As you revitalize corrupted areas and see the return of Hylians from their imprisonment in the Twilight Realm, you’ll usually want to hang around and bask in the lush landscapes of newly enlightened locations for a minute – at least until the second half of the game, at which point things become completely bizarre even by Zelda standards. Still, I think it’s more in line with coherent absurdism than any kind of nonsensical progression for the sake of it. The story always adheres to the logic it proposes for itself, meaning that even the more ostensibly ridiculous elements of its trajectory smooth themselves over in the long run. Weird mirrors, princess possessions, and boar metamorphoses? I mean, it all makes sense if you’re willing to connect each individual absurdity to the other ones.

To be perfectly honest, I just don’t really understand why people still hold Twilight Princess in such contempt. Was it because of the Wii? The time it came out? The motion controls? I can accept those reasons three as answers, but nothing about the game itself – not the art direction, or the story progression, or the enemy design, or the character arcs. The only decent reasons for slamming this game are all made redundant by its hypothetical Switch port, so provided it’s not clunky or designed to run at 10fps, I’m pretty sure there are going to be quite a lot of people eating their words once Twilight Princess is inevitably resurrected from the dead. It’s one of my favourite Zelda games of all time, and I find it bizarre to see people who like Majora’s Mask and Ocarina of Time talking about Twilight Princess as if it’s rubbish. You’re already all in on emo Zelda – now go play the most emo one ever where Link is one bottle of hair dye away from wearing a Paramore t-shirt.

Next: Misty Deserved A Better Gym In Pokemon 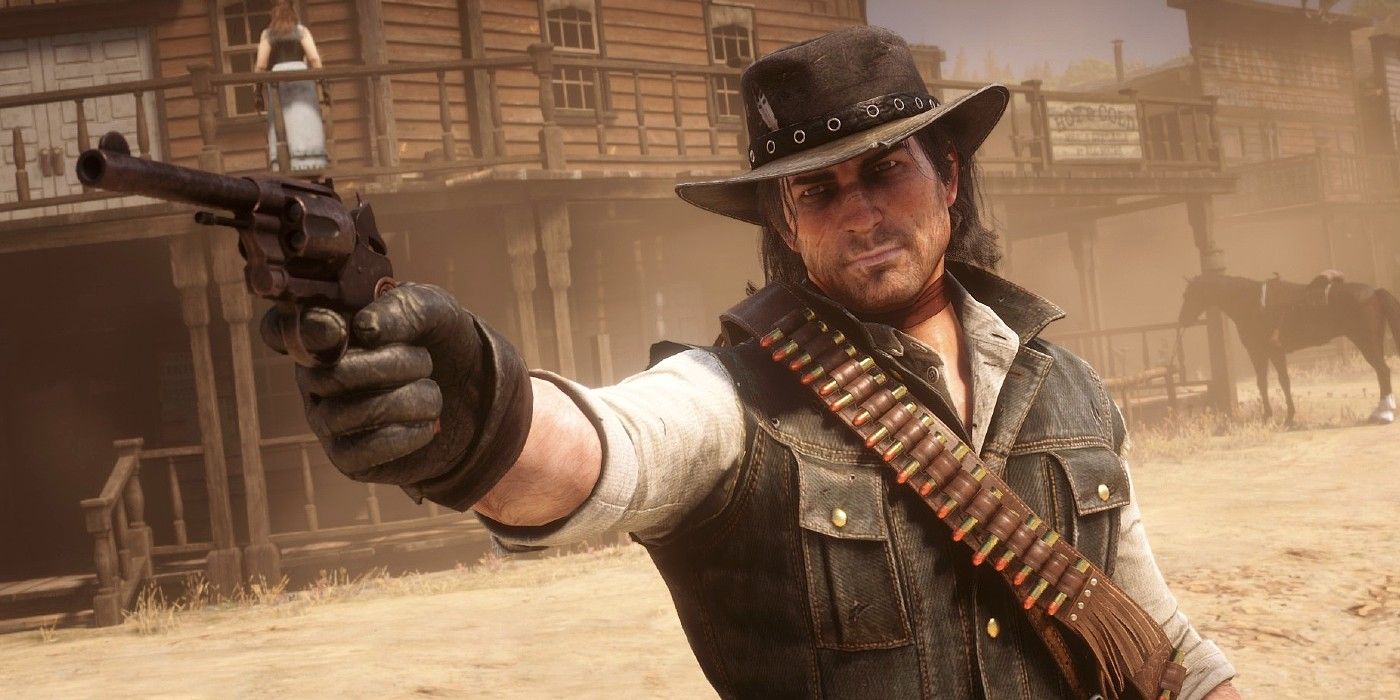