IO Interactive and James Bond are a match made in Heaven. Play any of the recent Hitman trilogy and it's clear the Danish developer is a fan of the Daniel Craig era of Bond films. Not only because of their increased focus on espionage, gadgets, and sharply tailored suits, but in more subtle ways too: from the level architecture to the music. The Hitman trilogy and the Craig Bonds share a refined, luxurious minimalism, a cold nihilism, and a general air of ultra-modern elegance that makes IO a perfect choice to develop a Bond game.

Hitman is a series of games about travelling to exotic locations around the world, infiltrating high security installations, killing henchmen, stealing classified MacGuffins, and using stealthy gadgets to outsmart enemies. Replace the steely, emotionless Agent 47 with a wisecracking, tuxedo-clad British secret agent and it's basically already Bond. When you slip unnoticed into an assassination target's lavish party in an expensive suit, hiding in plain sight, then sneaking past guards behind the scenes to snoop around, you feel like 007.

The levels are pure Bond too. Whether it's the Italian coastal town of Sapienza, a hospital for the elite perched atop a snowy Japanese mountain, or a tropical island retreat, IO's environment design is both stunningly beautiful and heavily influenced by the stylish production design of the recent 007 movies. Even the soundtrack, with its mix of sparse modern electronic music and soaring 1960s strings, recalls the movies. They even just straight-up recreated a couple of shots for the cutscenes. 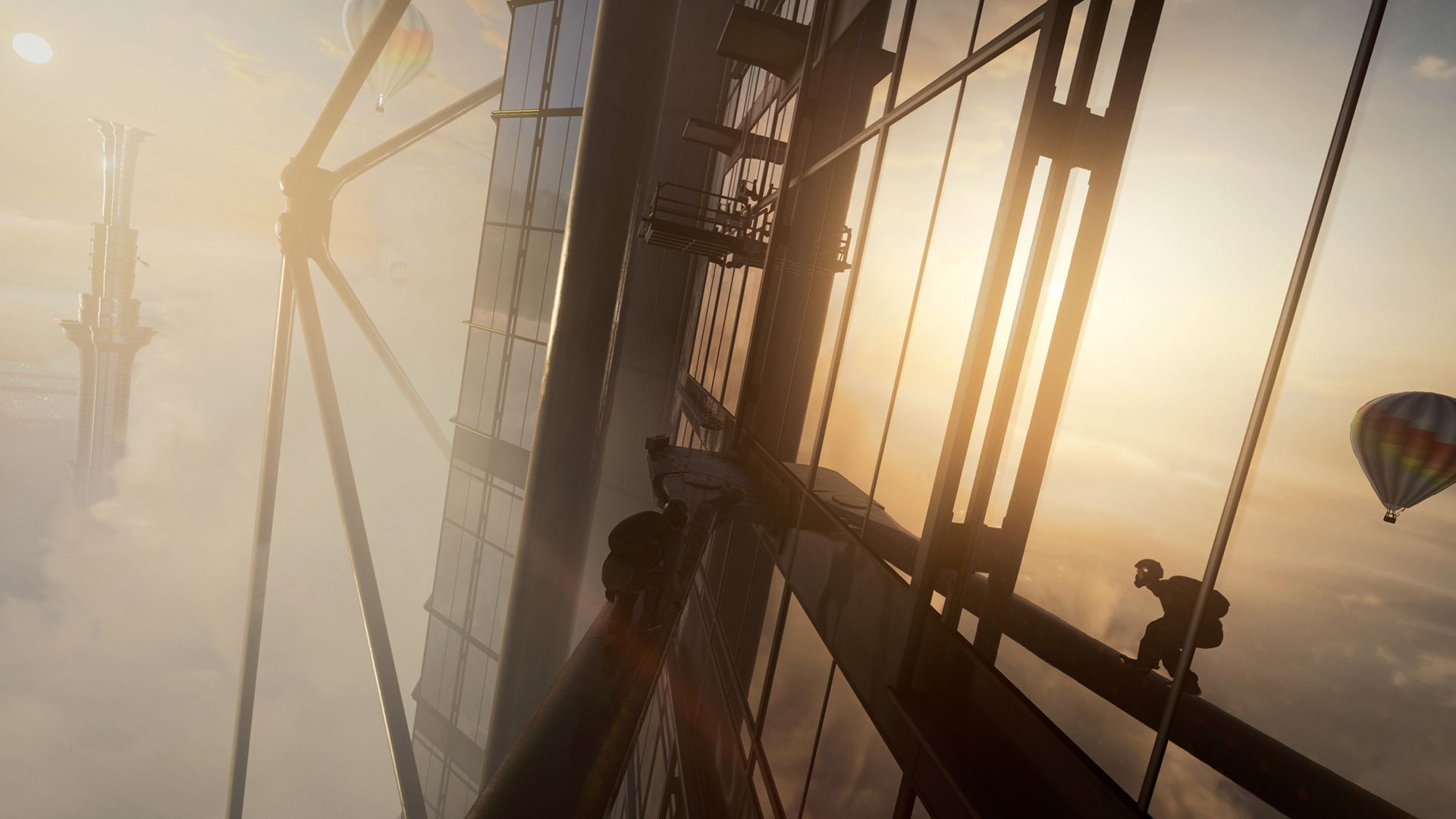 IO's most recent game, Hitman 3, is its best in years. It's the developer's most creative, surprising assassination sandbox yet, offering up a selection of big, dynamic, systems-laden levels to experiment with. Throw in the ability to import levels from Hitman and Hitman 2 and you have one seriously rewarding, and seriously big, collection of supremely satisfying stealth challenges. But what you also get from Hitman 3 is an early glimpse at what the studio is currently cooking up for its new Bond game.

The first level, Dubai, is the most overtly 007-inspired level yet. Beginning with a parachute jump onto the exterior of an immense skyscraper, Agent 47 infiltrates a party inside, seamlessly changing from his parachute gear into a crisp tuxedo. There's even a little Bond-esque flourish of strings on the soundtrack as he does this. Inside he mixes with the cocktail-sipping wealthy and powerful, before slipping backstage to murder a high value target. The whole level feels like a trial run for a Bond game.

In the Dartmoor murder mystery level, Agent 47 has to infiltrate a country mansion. This mission is more obviously inspired by Agatha Christie stories and, perhaps, Rian Johnson's Knives Out—itself a riff on Christie, of course. But the image of this dusty old stately home standing alone and isolated in the middle of an expanse of overcast British countryside is almost certainly an homage to Bond's ancestral home in Skyfall. The building is even littered with secret passages hidden behind false wood panelling. 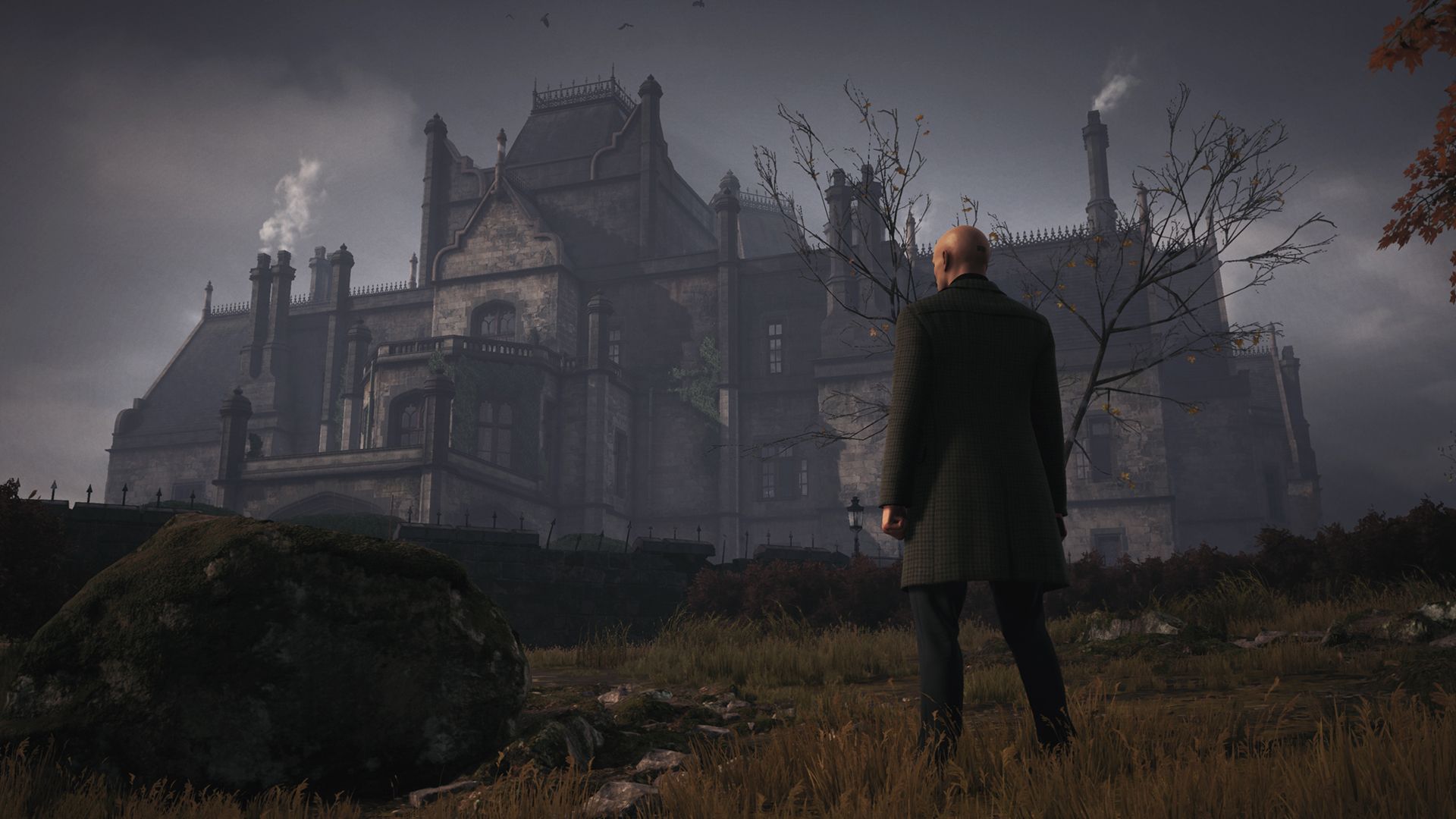 One mission even sees Agent 47 making his way along a speeding train—a classic 007 set-piece, whether it's Connery's fight with Red Grant in From Russia With Love, or when Craig goes up against Mr. Hinx in Spectre. In the game, 47 has to reach the front of the train, taking out armed mercenaries as he goes. Occasionally he's forced to leave the train and navigate the exterior, battered by a blizzard as it screams through a wintry forest. This could be a taste of the action scenes IO has planned for its Bond game.

There are more comparisons too, like the fancy party at an Argentinian winery where 47 dons a Connery-inspired white dinner jacket, and the neon-lit Chongqing level that has aesthetic similarities to the way Sam Mendes and Roger Deakins shot Bond's visit to Shanghai in Skyfall. The only thing that isn't Bond about the Hitman games is 47 himself, who has no charm or charisma whatsoever. It'll be interesting to see how IO handles a game in the same style, but with a protagonist who actually expresses themselves—and who's more than just an icy, genetically engineered killing machine.