Final Fantasy 14 is renowned for its incredible storyline that sees players step into the role of the Warrior of Light, an individual tasked with defeating countless threats as they save the world over and over again. While most of us stand shoulder to shoulder with our fellow players in battle, there are those who like to dropkick strangers — or even friends — into oblivion through the game’s PvP mode.

PvP is arguably one of the less popular modes in FF14 and most players will likely tell you they haven’t dabbled in it. I think I tried it once, failed spectacularly, and never touched it again. It’s difficult to master, but fortunately, there are dedicated PvPers out there who are more than happy to teach us rookies the ropes.

“I get questions on a daily basis because PvP is so niche,” Brian Ricardo, a YouTube and Twitch Partner who focuses on FF14 PvP, tells me. “Not many people stream it and there are also not many YouTube videos. So, it’s very common for questions to come to me if they are searching. Luckily, I am happy to help people who want to learn or improve in PvP. One of the best things I get to experience is when someone who has never tried PvP before finds my content and falls in love with PvP.

“Usually I am met with positivity, I also run a PvP discord which has mentors. So, I am not alone in helping people and answering questions thankfully. It’s very important that new people are coming into the community consistently so it's important that we help.” 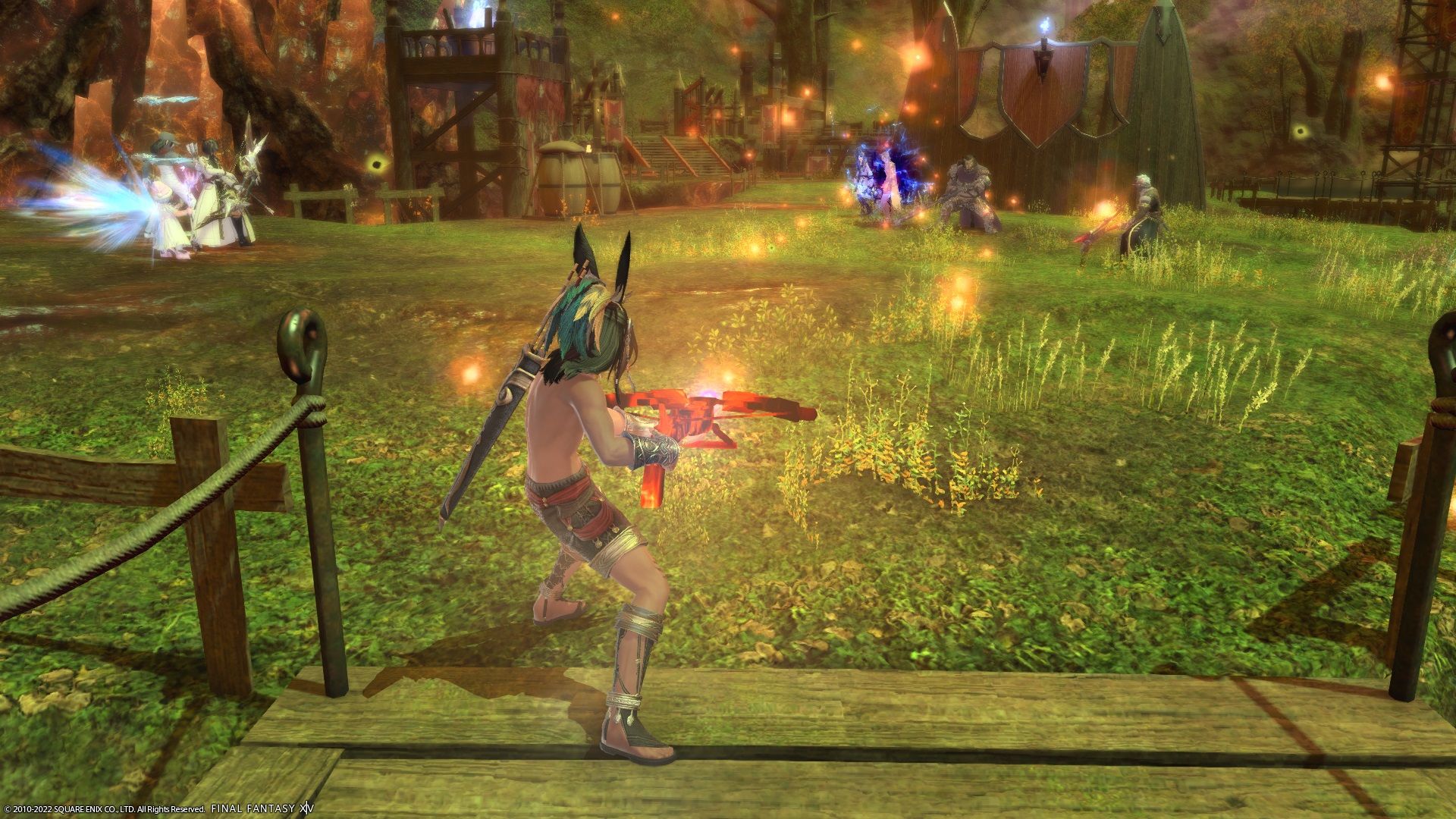 Ricardo first began playing FF14 in 2015 after taking a break from Square Enix’s previous MMORPG, Final Fantasy 11, and he began streaming a year later, though at the time he focused on Overwatch and Street Fighter 5. He didn’t begin streaming FF14 until the Feast was added — the game’s first area ranked PvP mode — and he soon became a dab hand at mopping the floor with his competition.

PvP has since become Ricardo’s bread and butter when streaming and he has fast become one of the most well-known names in the community. Ricardo had to teach himself how to up his PvP game as the mode was brand-new to FF14 when he started playing, while community content for PvP was also thin on the ground. However, Ricardo now uses his platform to teach others and encourage them to try PvP in order to help grow the community.

“I put a lot of hard work into not only PvP but for FF14 overall so the thing I love the most is when I get thanked and recognized for it,” Ricardo says. “Sometimes people think since my content is PvP that I am trying to satisfy the PvP community. But, that's really far from the truth. My content is for everyone, PvP is for everyone. I want people who have never experienced it before to see it and try it.

“Often I get messages from people who tell me they thought PvP was bad or toxic but I showed them the light! There really is nothing better than that. Anytime I am recognized or thanked for what I do, I am happy.” 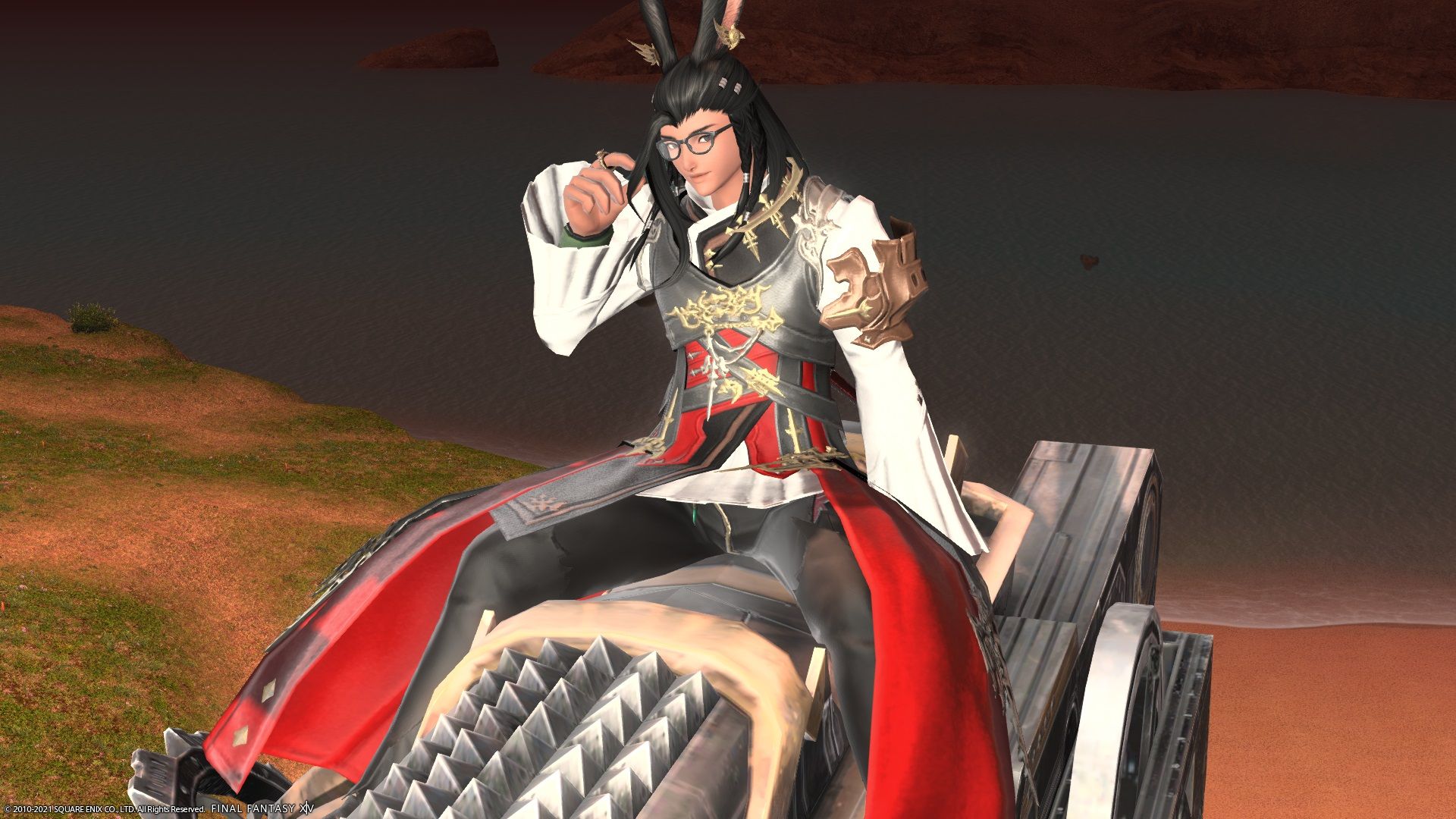 In 2018, Ricardo founded the FF14 PvP Revival Discord with two other players from the Aether Data Center with the aim of helping folks earn the much-coveted Magitek Gorilla Mount from the Rival Wings PvP Mode.

“We did this because people who wanted the Magitek Gorilla Mount from the mode were completely unable to get it due to how dead the instance was,” Ricardo explains. “Our schedule was a success and we were helping hundreds of people get the mount. Eventually, people started reaching out to me asking if I could set this [up] for Primal and EU Datacenter.”

The Discord expanded to cover other Data Centers, with the team rebranding as Revival Wings to celebrate the successful revival of the once dead PvP mode. Soon, the player demand for the Discord to cover all PvP modes saw the community growing once again and the Discord found its true name — PvP Revival.

“Today, we have the biggest PvP discord with around 27k members,” Ricardo tells me. “We do everything for the PvP community. We create a place where people can comfortably socialize, we create content, we support anyone interested in creating PvP content, we run events for all PvP modes, we support every datacenter, we have roles for people to play together, and so on. We plan to do all of this for the foreseeable future and are excited to see what the new PvP changes and mode will bring to the table!” 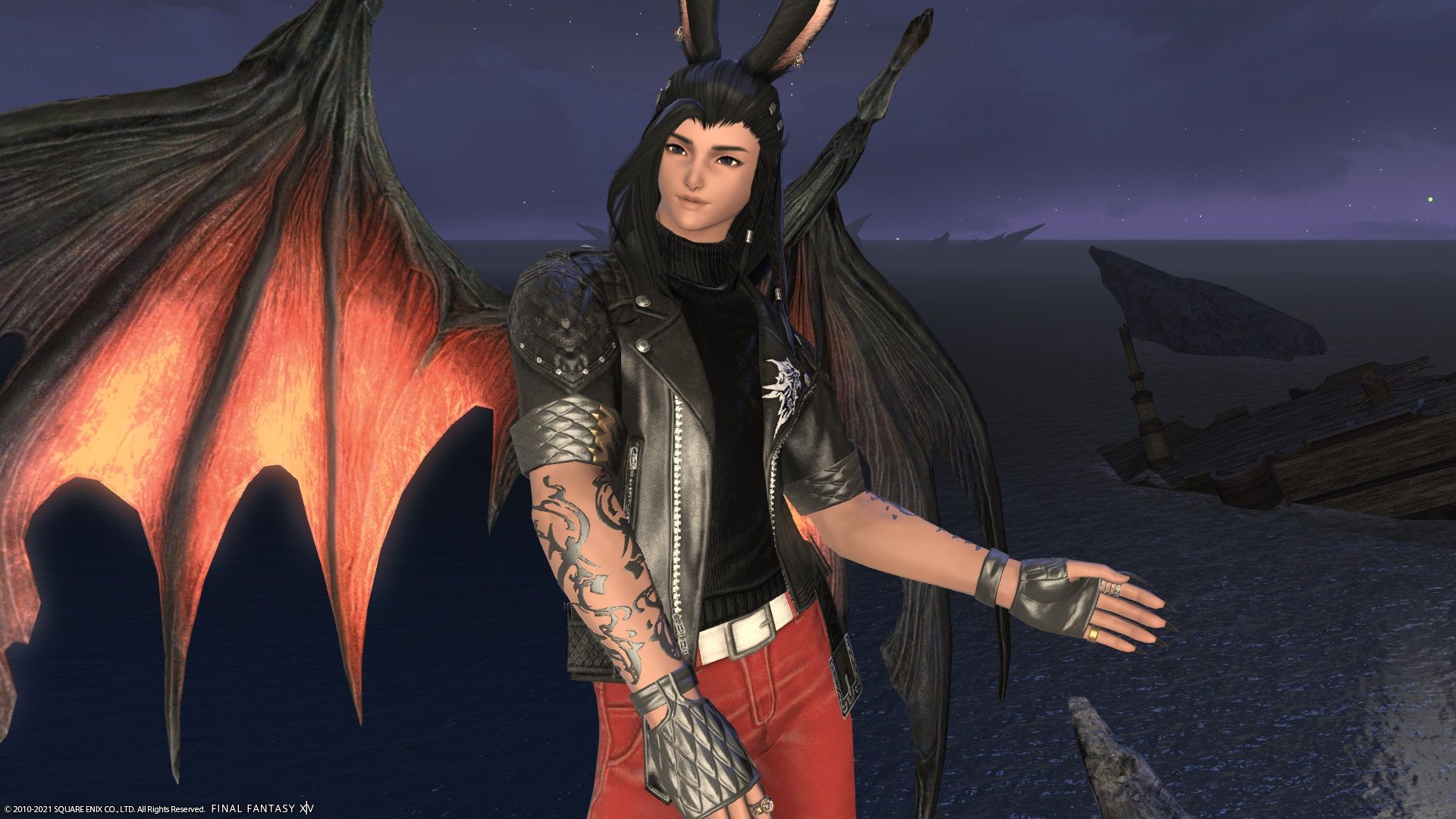 Ricardo is also part of the Aethernet Stream Team — a Twitch team led by Spofie that aims to spread positivity in the FF14 directory. Ricardo joined the team in 2020 and Aethernet is now going strong with about 20 members.

“I am very grateful for this group,” Ricardo explains. “As mentioned before, there really are not many people out there who stream primarily FFXIV PvP. When I started streaming FF14, I felt very out of place and neglected by other streamers because of my content. Nobody wants to raid or collaborate with someone who plays PvP if they hate PvP or don’t know about PvP.

“But, this stream team accepted me as one of their peers regardless of my content and I consider some of them friends. Today, we collaborate and socialize with each other about streamer life daily!”

Most players unfamiliar with FF14’s PvP find the idea of trying it out to be rather daunting. The thought of not being good enough or that more experienced players might grief you for your failures can be pretty offputting. Ricardo dislikes how new players can be discouraged by PvP but explains that there are plenty of different modes, so there’s something for everyone.

“Frontlines has a daily roulette that gives a massive amount of EXP,” Ricardo says. “There are 72 players in a match. Nobody is going to really notice or worry about how well their individual teammates are doing. Most veterans and good players will be focused on doing their own job and playing their best for the win. Some players will even do their best to help people within a match by letting people know where to go and what to do!

“Arena and Ranked style PvP is where you might experience toxic behavior. This is common in any competitive environment and I am not saying it’s acceptable but it's actually much tamer here in FF14 PvP in comparison to other MMO PvP thanks to how SE has set up the game. SE does not allow people to type in the instance so people can not directly insult you. GMs WILL listen to anyone who might be getting harassed if you report them in-game [and] they will get jailed.” 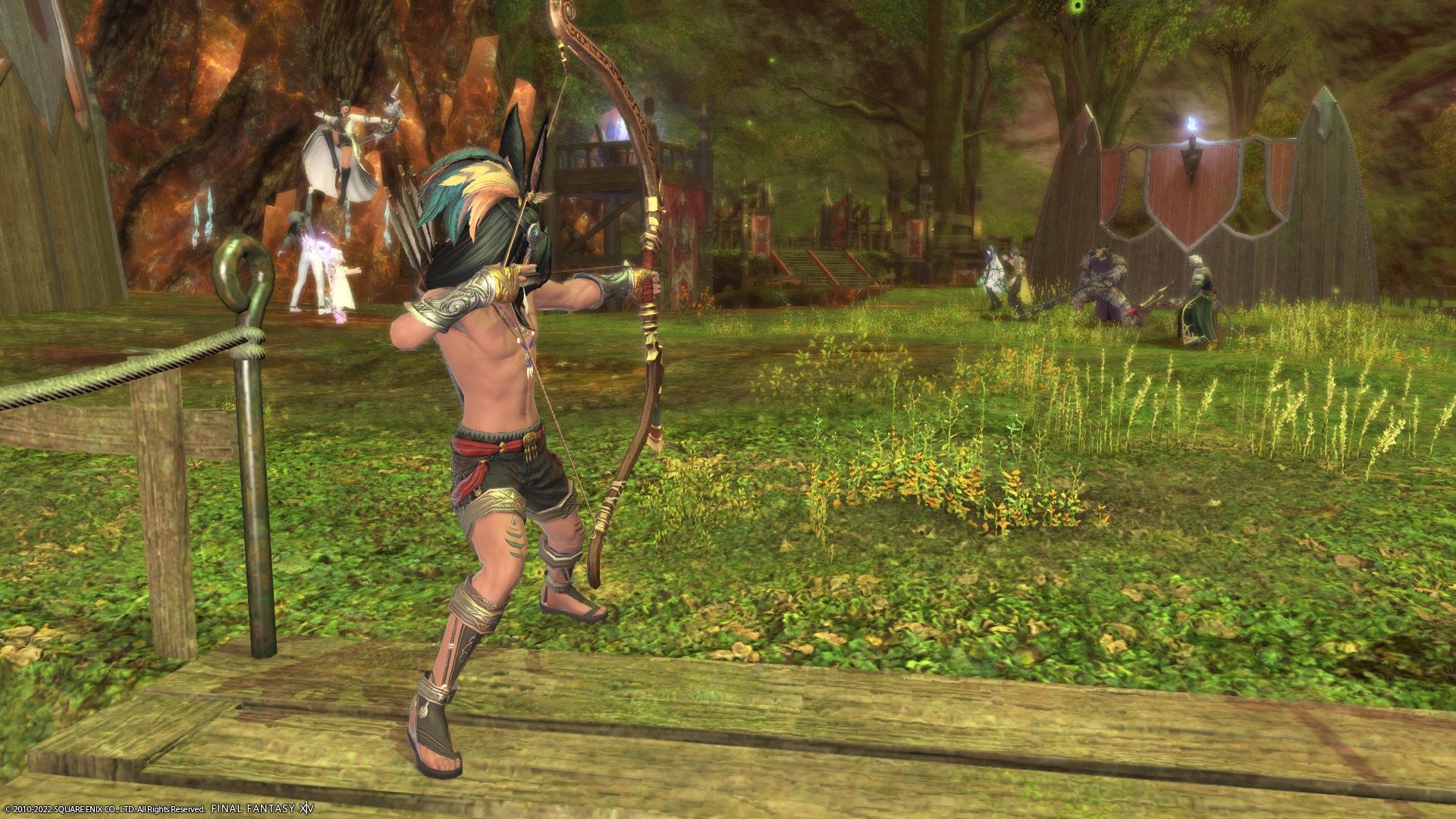 Patch 6.1 will be adding a host of new features for PvP, including new rewards, maps, modes, and job changes, though regrettably it also sees the Feast — Ricardo’s favourite PvP mode — being removed from the game. Ricardo hopes to see Square Enix give more attention to PvP in the future, expressing that GMs and devs dedicated to PvP, as well as an official PvP team member who would plan events more often, would be beneficial to the PvP community.