I’ve been sporadically browsing the Valheim subreddit all day and I’m amazed by some of the structures people have managed to build. The game has been out for less than two weeks and somehow there are already folks rocking full-fledged strongholds, complete with massive watchtowers looming large over the pesky wilderness surrounding them. A troll? Who cares? No way is that idiot getting past our fortifications before being lambasted by a barrage of a million fire arrows.

Anyway, the main reason I’m spending so much time looking at other people’s creations is because I’m not actually very good at Valheim myself. I’ve been playing solo so far, so progress is slow. I’ve also been playing while knocking back IPAs, which, while extremely Viking-esque and therefore perfectly reasonable, is not very conducive to clever or efficient city-planning.

Here’s a look at my first house. Don’t laugh. 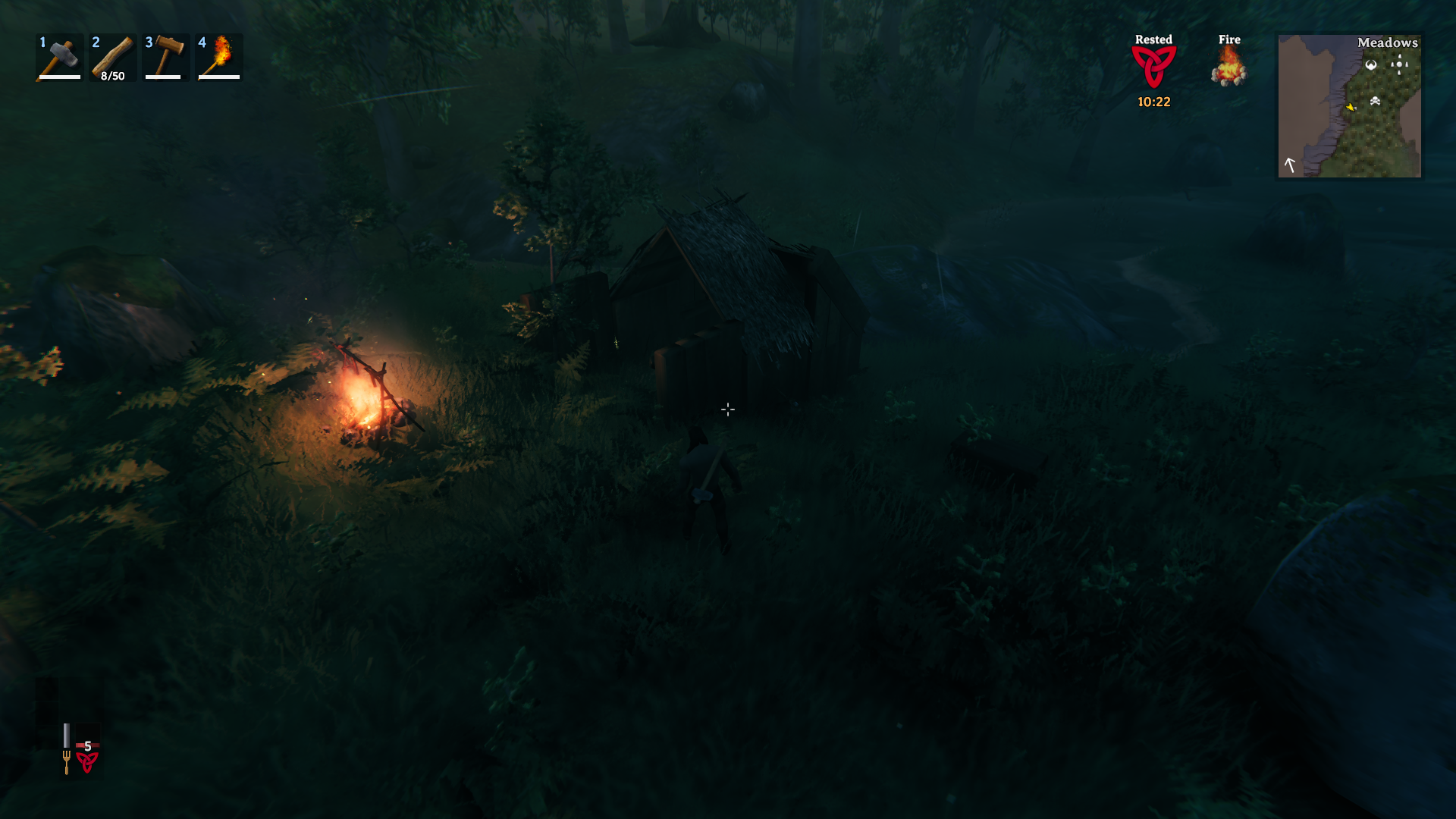 I specifically waited until it was dark to take this screenshot just to make it less ostensibly embarrassing. Basically, I had loads of good materials and accidentally ventured too far into the Black Forest, where I was absolutely pulverized by a band of sneaky skeletons who got the jump on me. I lost everything and I’m too afraid to go back, because the only thing I kept seeing on screen the whole time I was there was, “It’s cold…” which is far too foreboding for my liking. And now I’ve got rubbish materials.

Anyway, you can’t use a workbench to craft anything without building a roof over it first. Because I’m so immensely disillusioned about losing all my cool stuff, I really couldn’t care less about aesthetic integrity anymore. And that’s how I ended up with the abomination you see above.

To be perfectly honest, I’ve grown pretty fond of my little wooden shack, which has no doors and a shamefully asymmetrical thatched roof made up of straw cut to two different sizes. I mean, I will build a better house at some point, but I don’t think I’ll tear this one down. It can be my home away from home, a place to go whenever I’m feeling as if I need a break from it all. It’s by the beach, too, so I can look out towards the horizon and recall being flattened by a troll the second I left the Meadows, and say, “Ah, memories.”

If you’d like to see some Valheim architecture that’s actually impressive, you can check out this person’s incredible settlement, which they’ve named the keep of New Dyfflin. Another person actually gave viewers a full tour of their settlement, which made me go, “Oooh, that’s amazing,” before saying, “Pffft, I could do that if I wanted to, I just don’t want to right now.”

One person even built a pen for a troll they didn’t want to fight, while another crafty Viking constructed a little village that looks like a traditional Celtic ring fort, or a “crannóg,” as it’s known in Irish.

Again, I could do that. If I wanted to. I just don’t want to right now, because that stuff looks like the work of sellouts. My little misshapen half-shack was built with a thing called artistic integrity in mind.

Next: Valheim Is Amazing, And It’s Only Going To Get Better 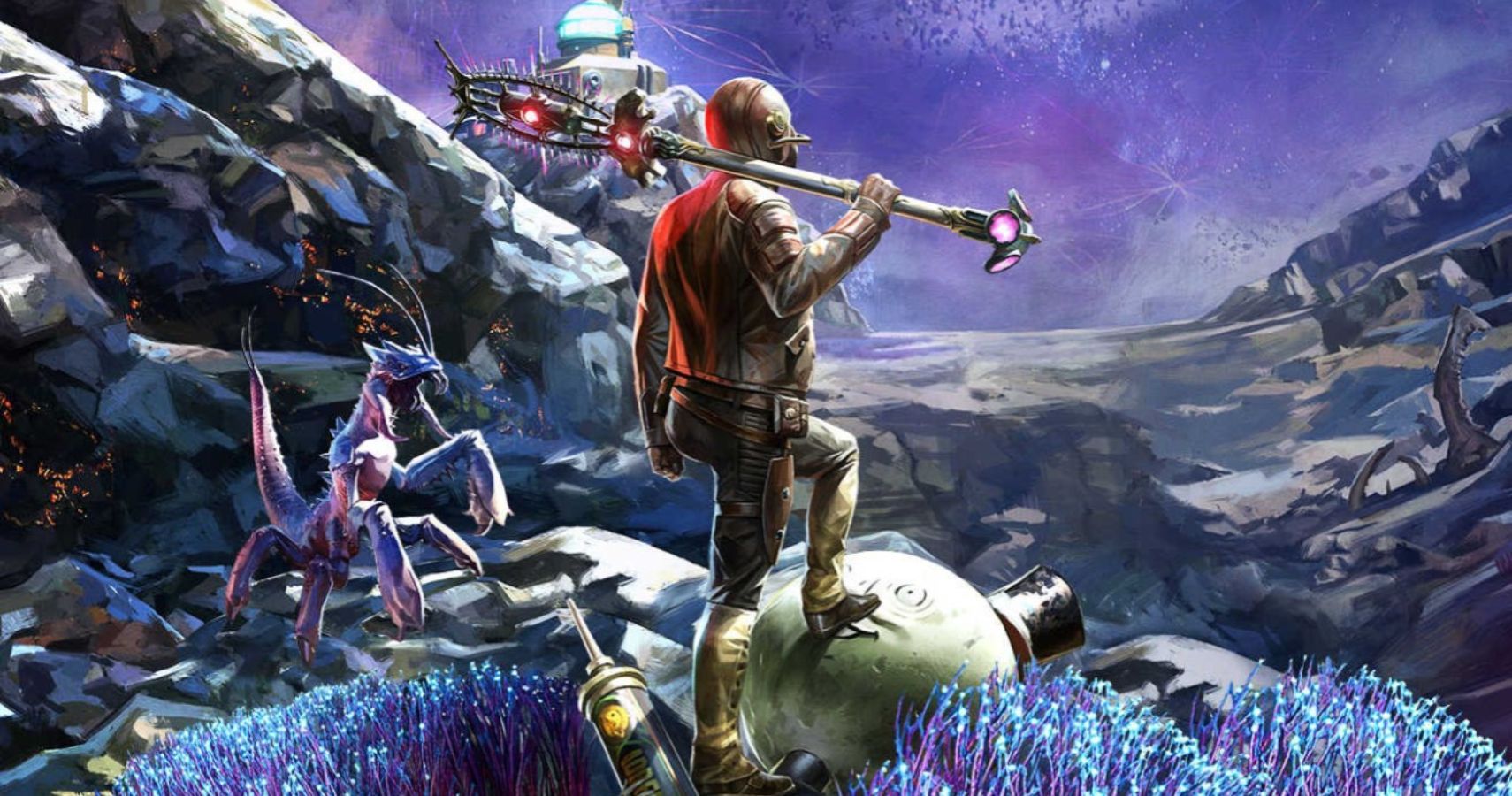