Destiny 2: Beyond Light Review: Fire And Ice (But Mostly Ice)

That said, I didn’t let my seasonal affective disorder turn me away from checking out Beyond Light, the latest expansion to hit Destiny 2. After being delayed for a month to coincide with the release of the Xbox Series X/S, Bungie had plenty of extra time to make Beyond Light an exceptional expansion.

And Beyond Light certainly is exceptional. For starters, half the planets are gone, having been placed in the Destiny Content Vault until Bungie is ready to bring them back. This has cut your Destiny 2 install size between 30-40%, but it also removed a significant amount of content.

In place of those four planets and everything associated with them (including the Leviathan raids, Black Armory, Menagerie, and all previous campaigns), Destiny 2 players get Europa, the frozen Jovian moon, and the Cosmodrome, a beloved new-player area from Destiny 1. Europa serves as the center of the new expansion, while the Cosmodrome returns for new players to familiarize themselves with Destiny’s mechanics and for veterans to go find Randal the Vandal.

I found him. He sucks.

Was the trade worth it? For new players, absolutely–they don’t know what they’re missing and the new player experience does a much better job introducing players to Destiny’s world. For Destiny 2 veterans, that’s a bit more complicated, but I still think Beyond Light pushes Destiny 2 in a positive direction and serves as a good base for more seasonal content yet to come. 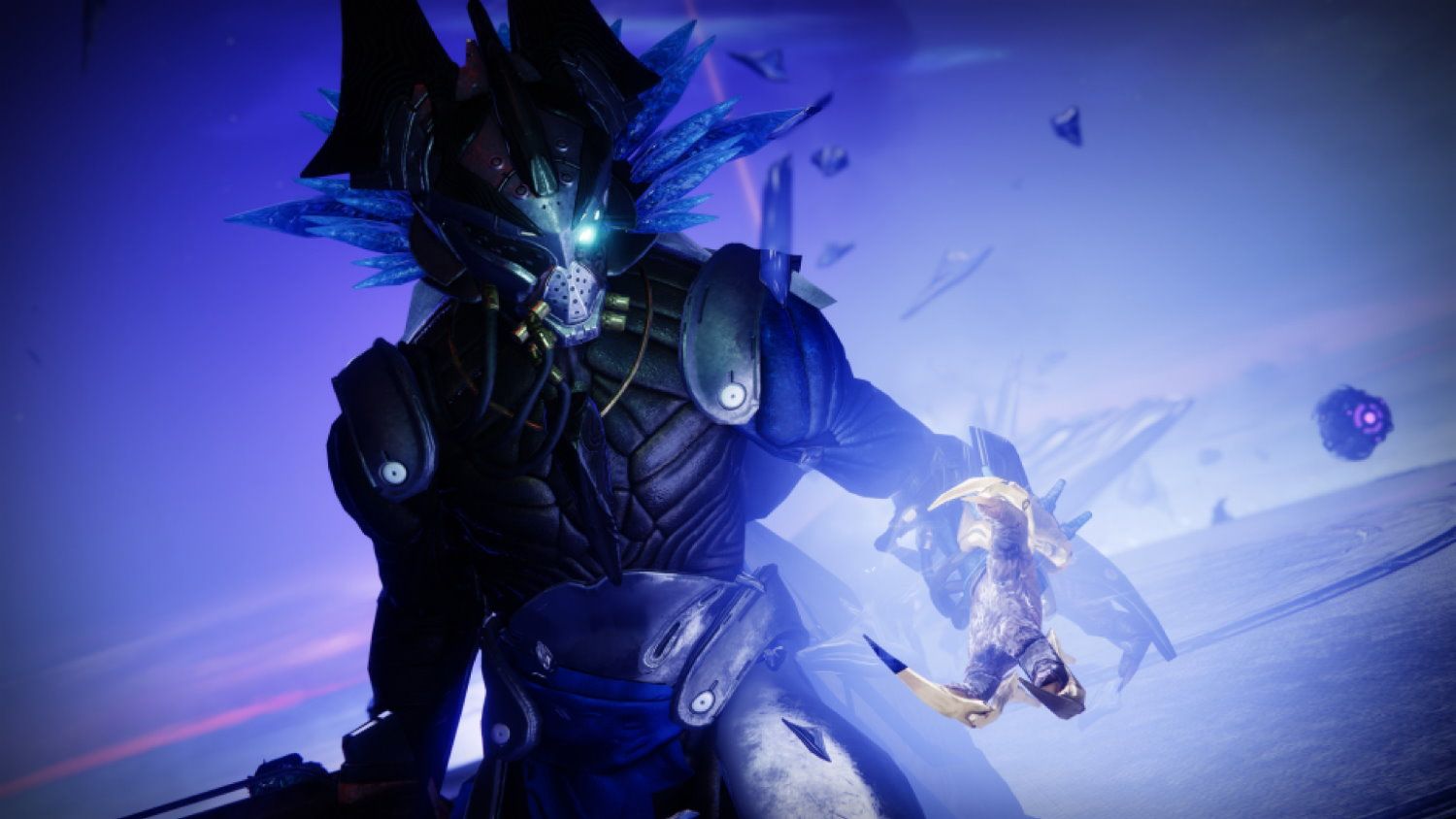 You immediately start off Beyond Light on the planet Europa. Variks, the Fallen collaborator with a checkered past to Destiny 2 veterans, has found out that the House of Salvation has gotten a hold of Darkness powers and are threatening the solar system. You arrive on the scene just in time to save Variks from becoming a frozen bugsicle courtesy of Eramis, a Fallen Kell that’s harnessing Darkness for all the wrong reasons.

The whole campaign plays out much the same as Forsaken’s–you track down and murder Eramis’s lieutenants before killing Eramis herself. Along the way, you get to see Europa’s starkly beautiful topography and also get slowly teased by the new Darkness-based subclass as you commune with several floating triangular glyphs.

Which is all fine and good, but Beyond Light doesn’t quite reach Forsaken-levels of storytelling. Eramis is a poor villain because she’s never really presented as a threat. In Forsaken, Uldren kills Cayde-6 to prove how much of a badass he is. In Beyond Light, Eramis just tears off Variks’s mechanical arm and leaves him half-frozen on a roof. The only tragedy we see in Eramis is that we murder her before her compelling backstory can really make us sympathize with her. 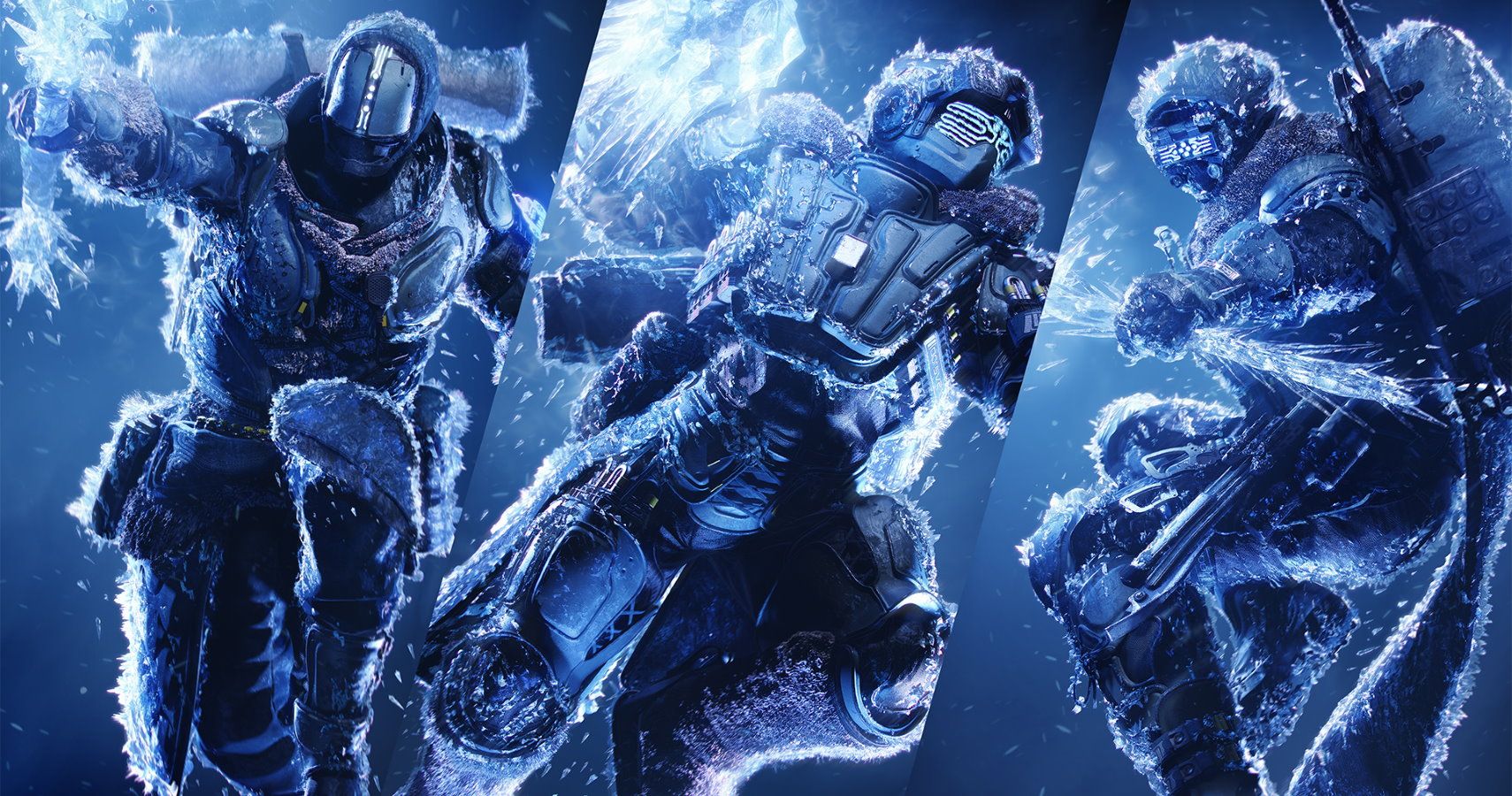 Our reward for getting through a somewhat disjointed and disappointing final boss fight is the new Darkness subclass, which is perfectly great in PvE content but horrifically broken in PvP as of the time of this writing.

Stasis definitely feels unique. Throwing up walls of ice to freeze or block opponents is fun, and being able to use those insta-glaciers to jump to new heights is a neat open-world mechanic. The supers from each class feel perhaps a little overtuned as the Behemoth super seems to last far longer than the equivalent Striker super, but that’s not really a problem in PvE content.

The problem comes in the Crucible. Stasis feels broken in all the worst ways. There is no counterplay to Stasis–you can’t dodge because you’re frozen, and being frozen is basically the same as being dead but with an extra second of feeling completely helpless. Stasis grenades and freezing melees are one-shots-kills that are just plain better than every other available subclass.

Bungie has acknowledged that they might have gotten a few things wrong with Stasis and have disabled the competitive PvP-mode Trials of Osiris until later in the month. It’s a wise decision, but one that will likely leave casual Crucible a Stasis-only game mode for the next two weeks. 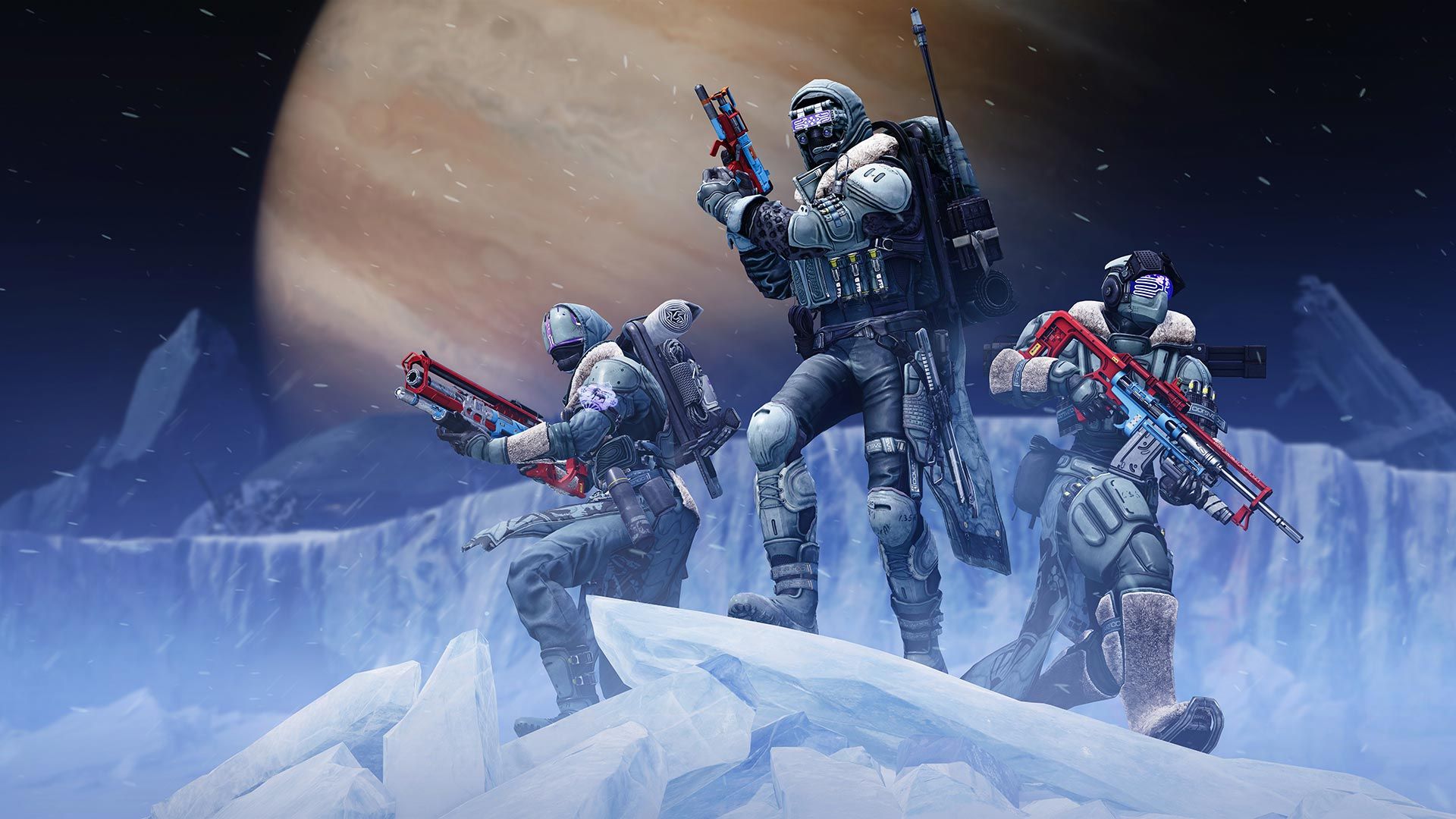 Back in Destiny’s PvE world, Beyond Light feels like a return to a more RPG-style of gameplay. I remember going through Shadowkeep without ever feeling like my Power level was a barrier to content (other than Nightfalls and Master Nightmare Hunts, of course). On Europa, I found myself confronted with Lost Sectors and Fallen walkers with skull symbols for the very first time–the game telling me I’m simply too weak to even damage these high-level behemoths.

It was a bit jarring, but a mild hurdle that was easily overcome with a few rounds of Crucible and an hour or so spent grinding rewards in more familiar destinations. The Power grind to the soft cap of 1200 was over in just a few days, leaving me with the more typical Destiny 2 experience of grinding out Power and Pinnacle rewards to increase my level further.

Which leads us to the elephant in the room. If there’s anything controversial about Beyond Light, it’s Destiny 2 sunsetting much of its loot by imposing Power caps on weapons and armor. This got rid of problematic meta weapons such as Recluse and Mountaintop but has also created an enormous cavern where much of Destiny 2’s loot pool used to be, and Beyond Light does a paltry job of filling that pool back up. 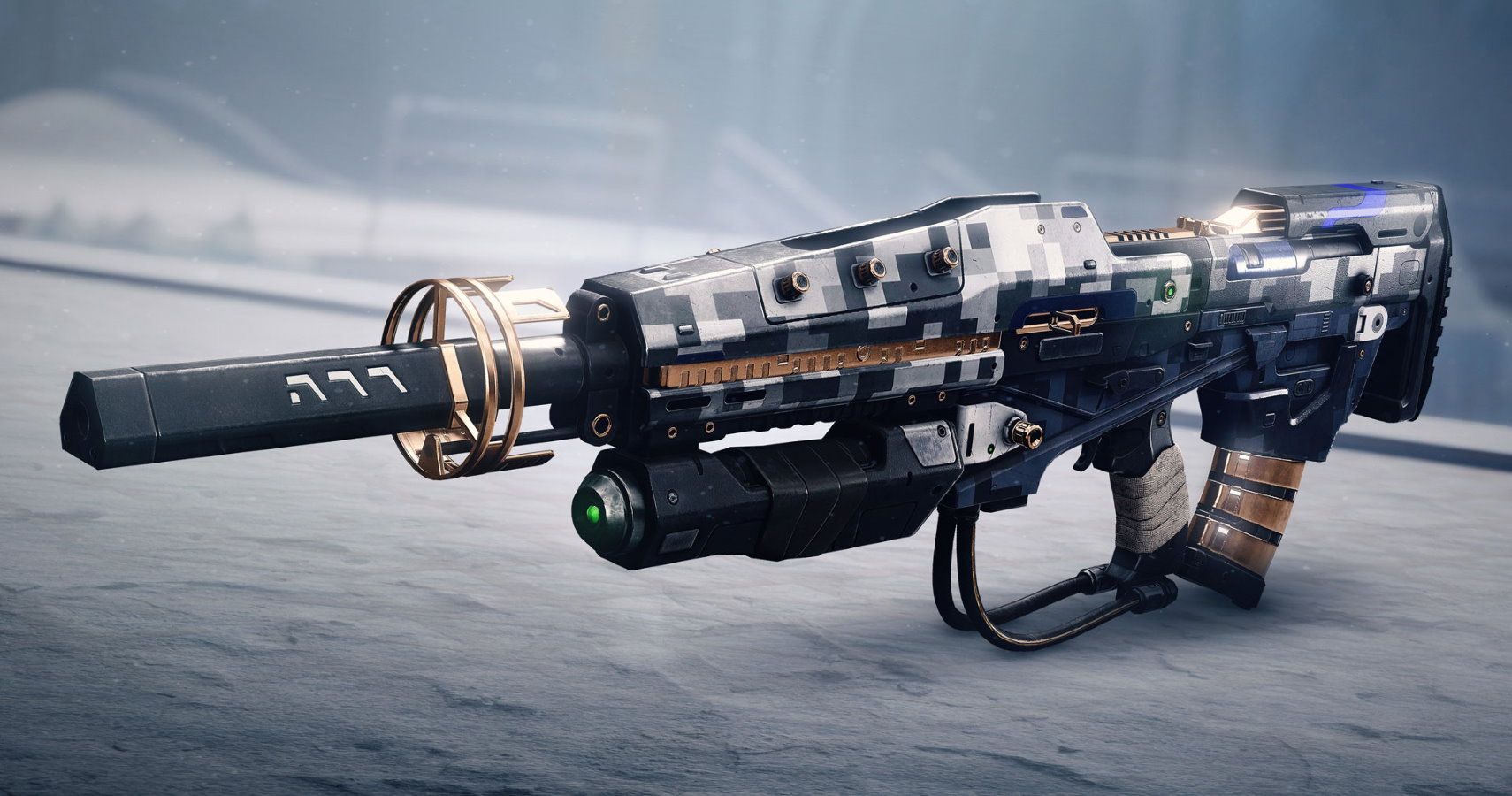 The fact is, most of Destiny 2’s previous armory is simply unusable in Beyond Light. If Beyond Light arrived with a ton of new loot, this would’ve been fine, but it didn’t. Instead, players are met with the same blue and purple engrams they’ve been seeing for the past year. If you’ve been playing religiously for the past year like myself, you’re probably fine, but there are a lot of players that just show up for the yearly expansion and play very casually through the seasons. To them, sunsetting has gone over like a lead balloon, to put it mildly.

Bungie has acknowledged loot criticism and promised that more loot is coming in future seasons. And actually, there is still plenty of loot to find in Beyond Light, it’s just not available right away. Zavala, Drifter, and Lord Shaxx all have new armor (albeit the same armor with different shaders), Variks offers players quests for all-new armor and weapons, and there are several quests to hunt down brand new Exotics.

But first impressions are important, and Beyond Light really doesn’t come off as a loot-fest at first blush. 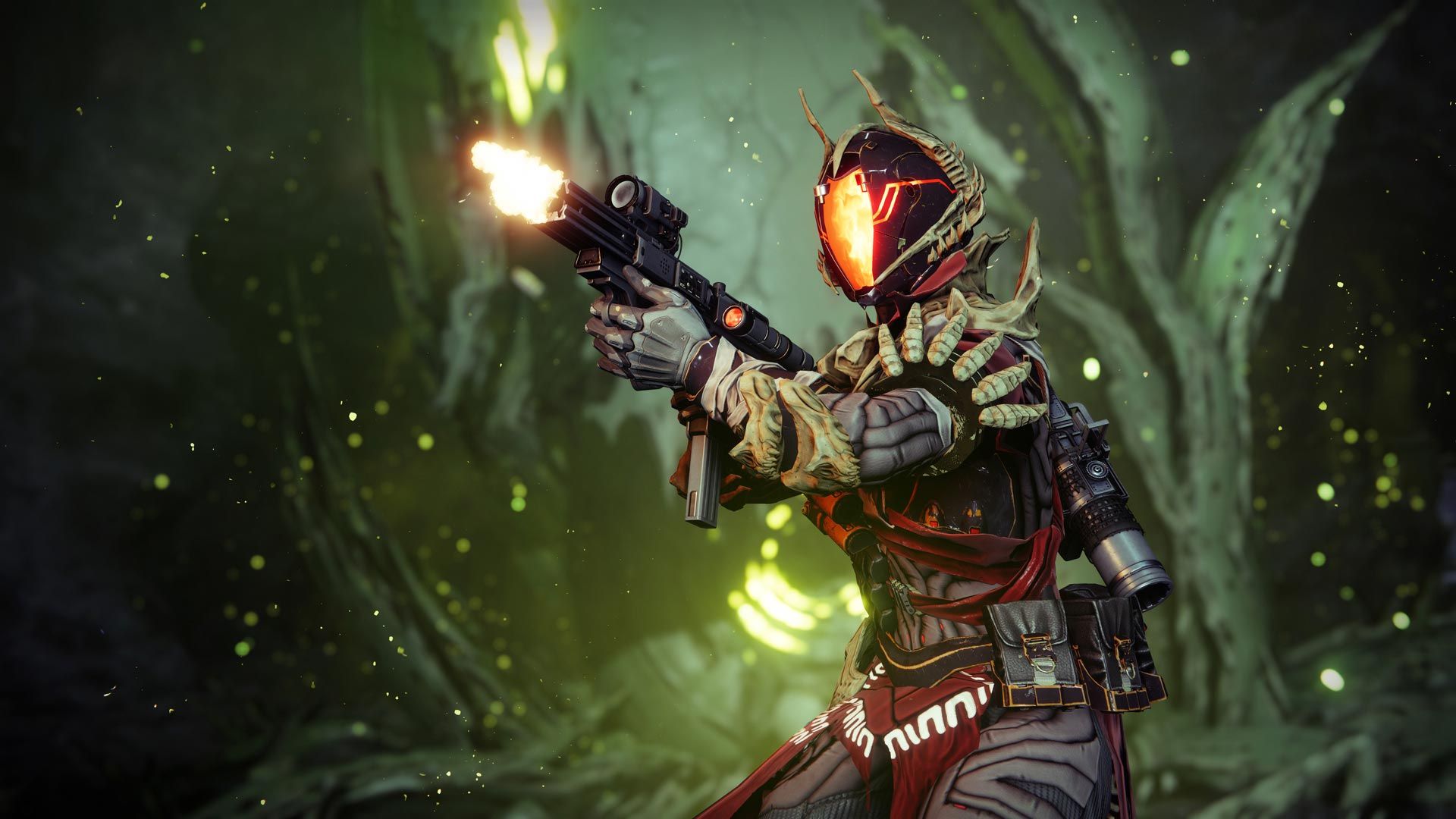 I’m acknowledging a lot of problems in Beyond Light, but to me, these are really just gripes. Destiny 2 is still the great shooter that it always has been. It still feels great wandering out into Europa with blue guns and shooting a Vex Goblin in its gooey center. That hasn’t changed at all in Beyond Light.

In fact, it’s gotten a lot better. A new renderer makes colors and terrain feel more vibrant and alive than ever. Europa’s dynamic weather not only looks good but feels real when players have to push against the wind to get where they need to go. And Tower loading times are shorter than they’ve ever been.

Perhaps the best new feature of Beyond Light is the return of the Cosmodrome and its associated new onboarding sequence. I’ve gone on at length about how great the new player experience is compared to what I went through in Shadowkeep, so I won’t plagiarize myself here. But suffice to say, this is perhaps the first time that Destiny 2 has had a tutorial that didn’t involve a friend and several Google searches to explain everything from mechanics to backstory.

Beyond Light hasn’t reinvented Destiny 2 or given it a sweeping overhaul as many had expected, but it did lay the groundwork for what’s to come later in the year. Beyond Light is about expectations. It’s good, not spectacular, and what’s broken I expect to be fixed over the course of a few weeks before being improved to its final form. And then I expect a constant drip of new content to fuel Destiny 2 for the next year, which is really what the seasonal model is all about.

I didn’t get my socks blown off by Beyond Light. But it did have its moments, and it did convince me that there will be plenty more of those moments yet to come.