Days Gone PC Review: Those Freakers Are At It Again

Sony is slowly – perhaps too slowly – allowing some of its console exclusive titles to leak onto the PC gaming marketplace. It began with the surprise release of Horizon Zero Dawn last year, and now Days Gone will soon be available on Steam, Epic Games Store, and other digital storefronts. It’s a game that didn’t exactly take the world by storm upon its original release, so this is likely Sony’s attempt at making a bit more of a profit off of Bend Studio’s bikers-vs-zombies extravaganza.

How does the world of Days Gone fare on its trip from the PS4 to PC? Surprisingly well, although your mileage may vary depending on how sick you are of overly long open-world games. 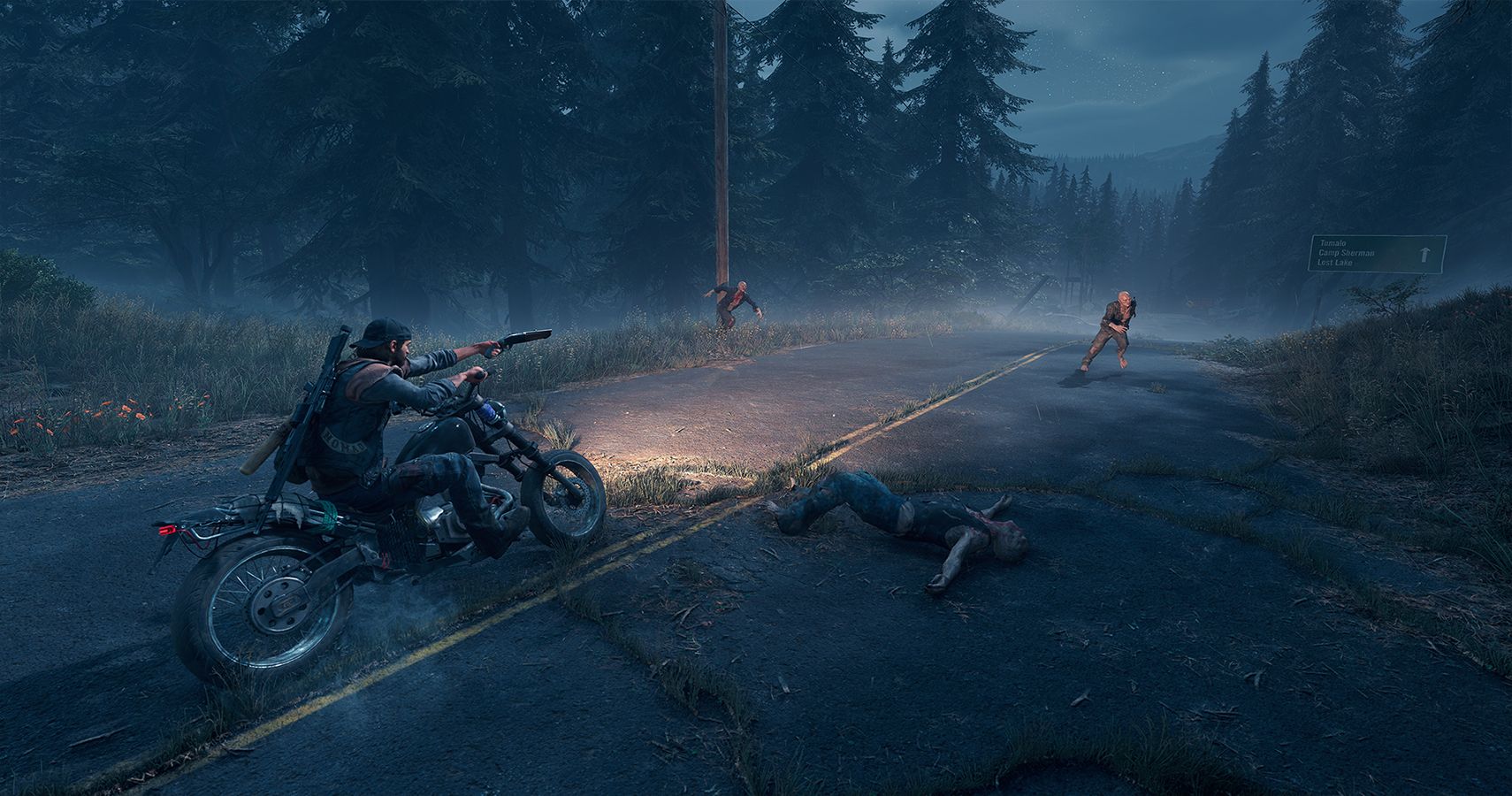 Days Gone takes place in post-apocalyptic Oregon where society has crumbled, zombies – or Freakers as they’re inexplicably called here – roam the lands, and humans take refuge in a variety of guarded camps. You play as Deacon St. John, a biker with a name so good that every single person can’t help but say it repeatedly. He works as a drifter, which is basically a mercenary who rides a motorcycle and does odd jobs for each camp. Things are going as well as they could be until a gang of drug-addled cultists called The Rippers attack his best friend Boozer and burn his arm to a crisp. On top of that, he discovers military helicopters carrying soldiers and scientists from a government agency called NERO. One of the scientists happens to be the very man who took his missing wife Sarah to receive medical attention during the outbreak. Now, Deacon has to find a way to save Boozer’s life, find out what really happened to Sarah, all while battling bandits, Freakers, and his own emotional shortcomings.

The biggest issue with Days Gone’s plot is that there’s somehow too much and too little of it. The story takes a while to get rolling and there are quite a few missions that seemed like a waste of time. Some of them literally have you drive to a location to watch a cut scene where nothing happens and that’s it. As a result, this game feels bloated. Even if you stuck to doing nothing but the important story campaign missions, you could still clock in with a playtime of around 40 hours. The campaign could have cut down significantly as it really starts to drag.

It doesn’t help that the narrative touches on a lot of cliches and tropes you’d find in other zombie apocalypse media like The Last of Us or The Walking Dead, so it’s not like it’s a story that needed to be this long. It actually reminded me a lot of The Walking Dead TV show, which has also had a problem with stretching its narrative way too thin.

That said, the actors do a fairly good job with the material. In particular, Sam Witwer – who plays Deacon and was also Starkiller in the Star Wars: The Force Unleashed series – manages to turn Deacon into a somewhat likable character despite the fact that he’s kind of a surly jackass. He’s aggressive, cynical, confrontational, caustically sarcastic, and seems to enjoy murdering bandits and Freakers a bit too much. At times, he almost sounds like a cross between Han Solo and a particularly bloodthirsty Patrick Warburton. He, along with most of the other characters, are all flawed people who make stupid mistakes and do bad things, which seemed appropriate considering they’re all just a bunch of bikers with daft tattoos. 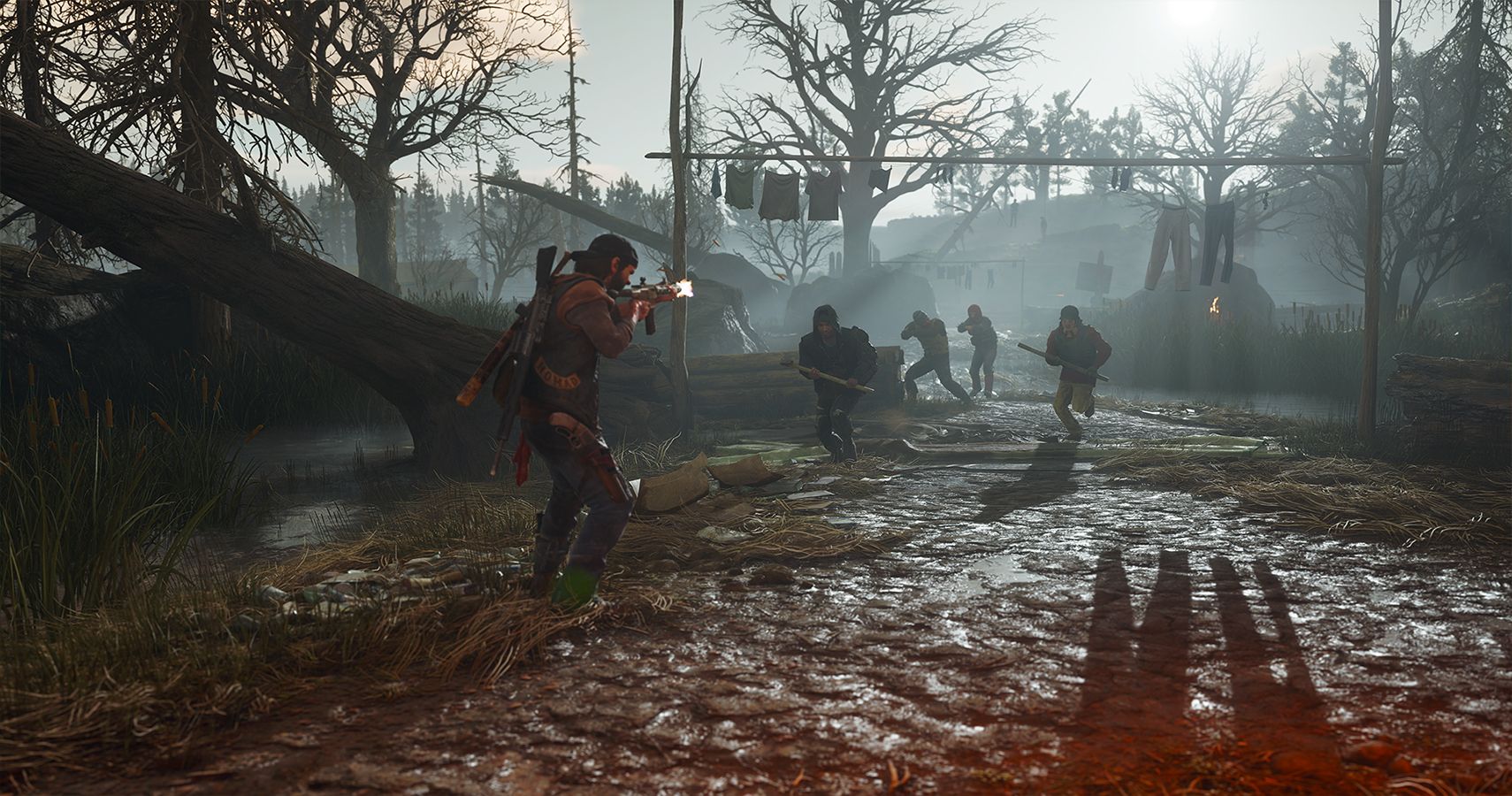 As for the gameplay, it’s pretty much what would happen if you combined The Last of Us with Red Dead Redemption, but not quite as good as that sounds. The combat, stealth, and crafting mechanics feel almost identical to The Last of Us with a few UI differences. The open-world aspect is like a less impressive Red Dead if you replaced a horse with a motorcycle. There are even animals to hunt and licensed music will play when you ride into a new section of the map. There’s also a small survival element in Days Gone as you’ll constantly be scavenging for gas and scrap metal to keep your bike running.

I’m a sucker for a good stealth game, so I had a fun time with Days Gone. The gameplay mechanics are all solid, which shouldn’t be a surprise as like I said, this is an open-world Last of Us in everything but name. You constantly gain new skills as you level up, there are new crafting recipes to find, and plenty of side missions and other activities to pursue. If you enjoy playing a good Ubisoft open-world collect-a-thon title every so often, then this should be a good way to eat up a good chunk of your week.

As for its performance on PC, I didn’t have any noticeable issues running Days Gone on high settings. There was the occasional framerate drop or texture pop-in, but for the most part, I was able to enjoy this game at 60fps without any freezing or crashes. That’s fairly impressive considering how much goes on in this game. There can be hordes of around 50 to 100 Freakers bearing down on you at any time. Meanwhile, there are weather effects like thunderstorms and snow occurring all while you’re speeding away on your souped-up bike. Results may differ depending on your own gaming rig, but I was pleasantly surprised by how well this performed.

Aside from the framerate, the graphics on PC are fantastic. I’ve never been to Oregon, but if it’s as scenic as Day Gone makes it look then I need to go camping there. Everything from the trees to the grass to the water looks incredibly idyllic for a zombie apocalypse. The motion capture and facial animations are top-notch, which shouldn’t be a surprise considering that this project has a Sony-funded triple-A budget behind it. This is also one of the few games where actual snowstorms occur and leave snow on the map. I thought that was incredibly impressive the first time I saw it as snow in games tends to be something that only happens in cutscenes or not at all. The experience of being chased by a massive Freaker horde in the middle of a winter wonderland was perhaps the most memorable moment in the entire game for me. 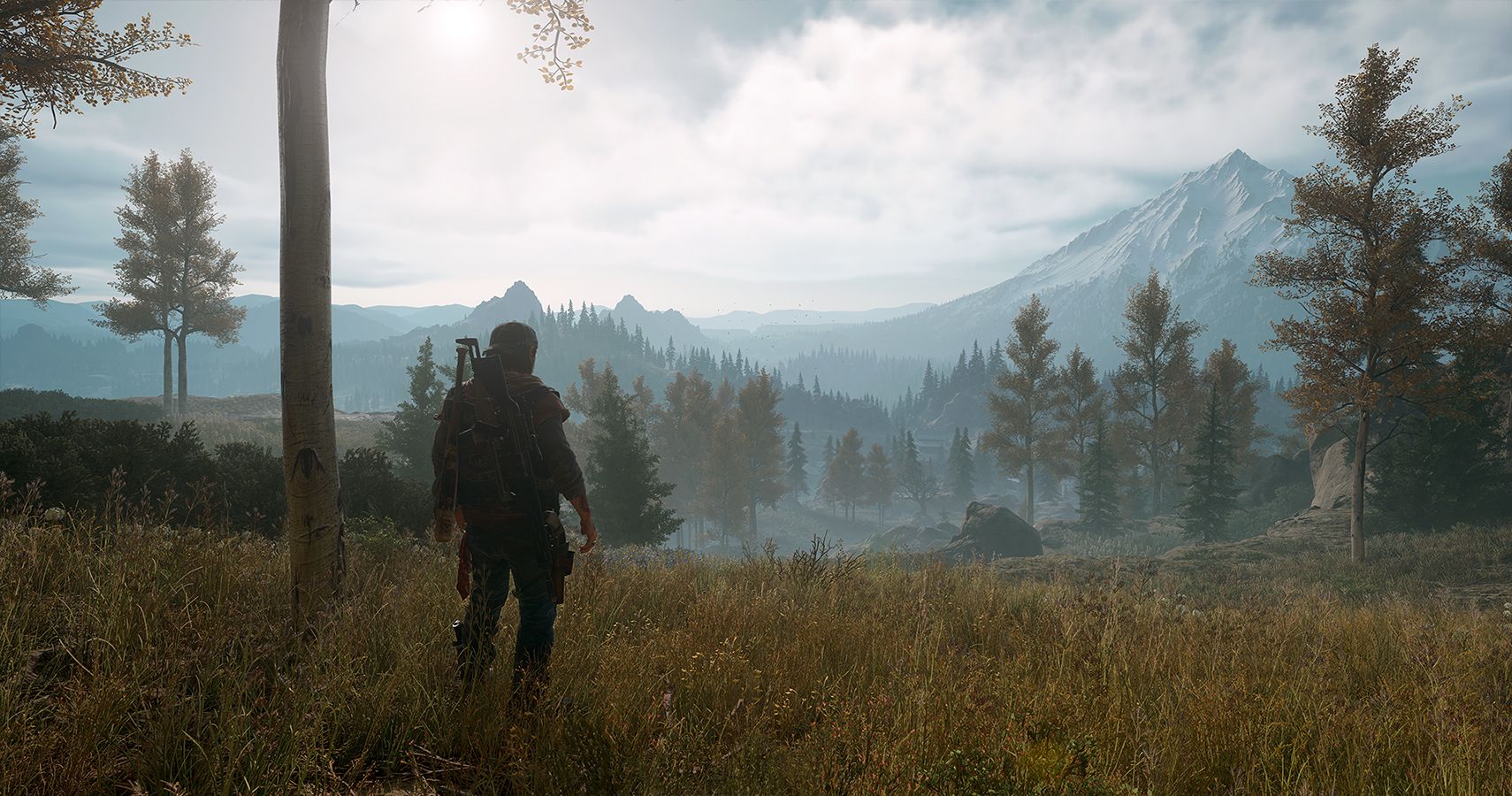 The PC port of Days Gone works about as well as you could possibly ask for. No major framerate or performance issues along with some stellar graphics. The only thing that holds it back is its lack of originality and excessive length. There really isn’t anything in the plot or the gameplay mechanics that hasn’t been done before. It’s just another story of people banding together to survive a catastrophe while clearing out bandit camps to get crafting recipes. But despite being derivative, nothing in Days Gone is done poorly. The gameplay is fun, the world is beautiful, and there’s solid acting within the cut scenes.

If you’re not sick of long open-world games or stories about zombies, then you should be able to squeeze some enjoyment out of this. Days Gone might be a ride that goes on for too long, but it’s a mostly worthwhile journey with a few good stops along the way.

A PC copy of Days Gone was provided to TheGamer for this review. Days Gone is now available on PC and PS4.