Once upon a time, video games were a different kind of social experience. Instead of inviting your friends around to your house, or into your Xbox Live party, you would assemble in the arcade with a pocketful of coins and compete against the local gaming community for high scores and glory. Your three initials could become infamous in your area as long as you manage to get those high scores, even if it’s just on a Street Fighter 2 cabinet in the corner of your local chippy. Despite being nearly 30, I missed out on the glory days of arcades, and barely managed to play the odd game of Metal Slug or Punch-Out in a pub after begging my dad to share his drinking money. For me, a game like Capcom Arcade Stadium is ideal, as I’m able to go back and experience all of those games with a friend and a couple of arcade sticks – and no one is going to steal the 50p I put down to secure my next game, either.

Capcom Arcade Stadium is a free download available on Nintendo Switch, PS4, Xbox One, and Steam, and you just know there’s going to be a catch in there somewhere. While there are a total of 32 different games available to play – with some including both their Japanese and English variants – the base free download only includes 1943: The Battle Of Midway. This is a decent shooter, one of the better ones in the roster, and it’s a clever way to tempt players into spending money on more, but it’s a bit mean that the ‘free’ collection includes just one game. 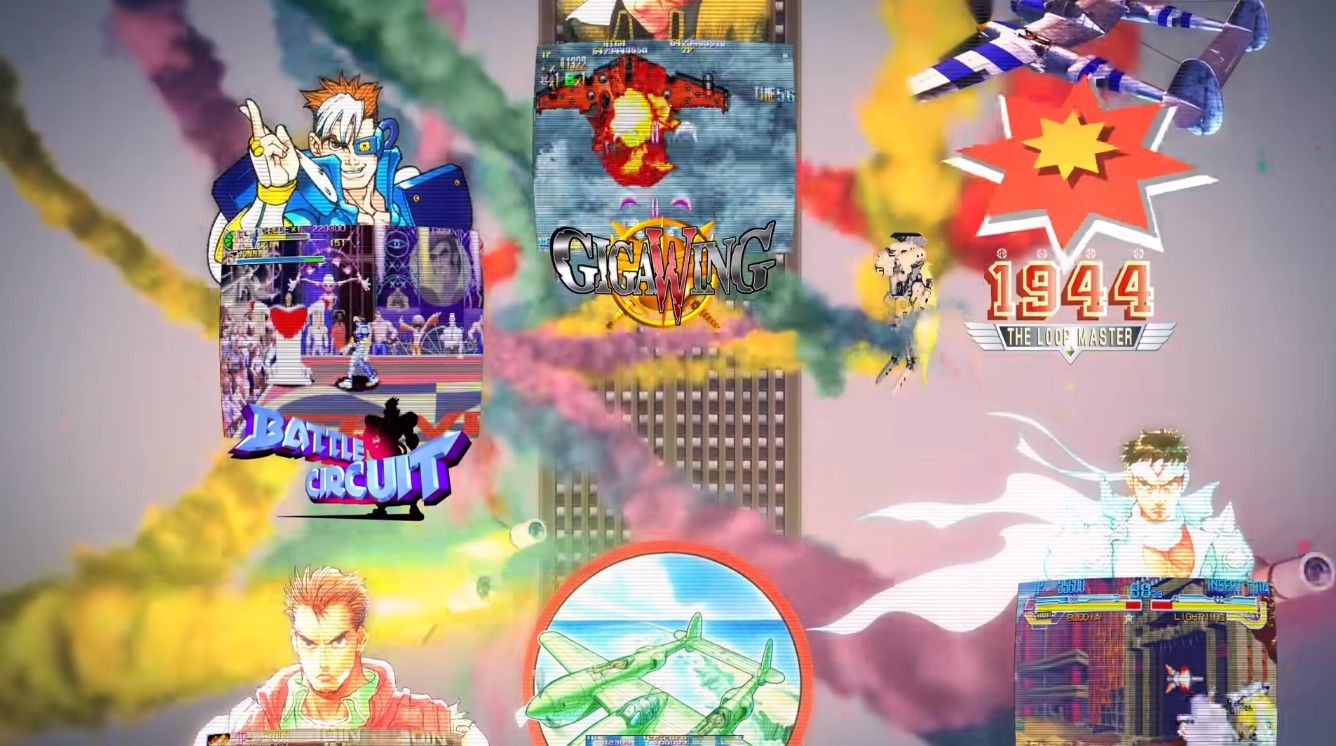 There are three downloadable arcade packs available, or you can purchase each game separately. For £29.99, you get the entire suite of 32 games, which isn’t a terrible offer at face value, at a cost of less than £1 per game, but how much fun you’ll get out of each title is another question entirely. The three packs are split into eras, encompassing all of the games released during that time:

Each pack contains ten games, while Ghosts ‘N Goblins can either be purchased separately or is included in the bundle. Combined with the single included game, this adds up to make a total of 32. Now it begs the question of whether all 32 of them are actually worth playing in 2021.

For example, four of Capcom’s arcade fighters are here, despite the fact that everyone knows it has much more to offer than that. Three of those included fighting games are Street Fighter 2, with Hyper Fighting and Super Street Fighter 2 Turbo also part of the package. As nice as it is to revisit older versions of Street Fighter 2, that’s too much of the same game for my investment. The final fighting game included here is Cyberbots – not a bad game, but it certainly isn’t as interesting as something like Darkstalkers. It’s clear Capcom is saving the best of its library for future releases and collections, which makes the selection available here feel a bit thin, despite being 32 games strong.

Likewise, it’s nice having 1943 included for free, as it’s one of the better shooters in the collection, but the full library also includes 1941, 1942, 1944, and even 19XX – yes, these are all similar scrolling shooters, and they will look pretty familiar after you’ve played one. They’re fun, but Capcom was clearly following a similar approach and strategy with each of them during this era – though there are some standouts, like Commando, which has you running around on foot, instead of flying through the air as most shooters did. 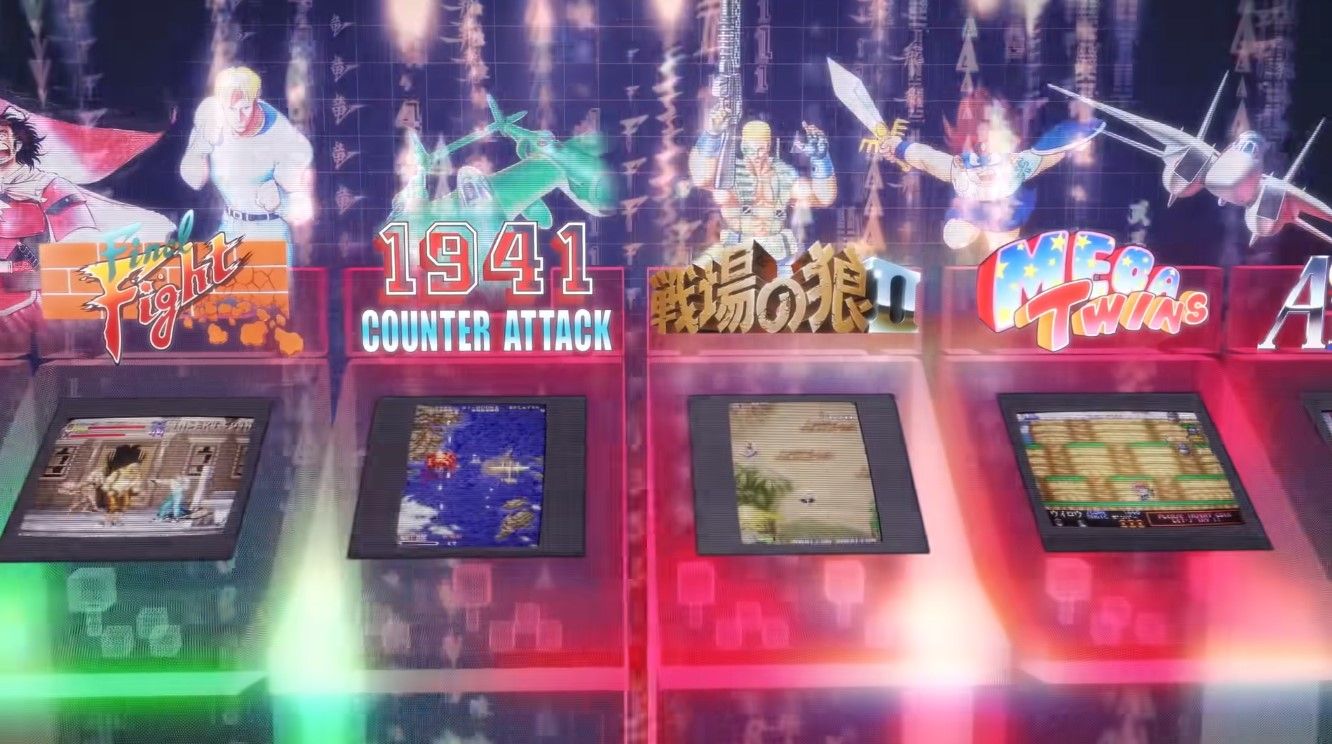 The action games feel far more robust and worthwhile, mind. Ghosts ‘N Goblins is a classic, and playing an arcade-perfect version of Strider, instead of the Mega Drive/Genesis version I played as a kid, feels like a revelation. The sprites are massive and gorgeous, and the action has never been so clear and obvious. Final Fight looks amazing, even if it might not play as well as you remember, and it’s very cool to see classic Haggar and Cody tearing up Metro City.

If you’re after arcade nostalgia though, this collection includes a few things that are hard to resist. For example, releases of old Japan-exclusive arcade games, such as Tatakai no Banka and Senjo no Okami 2. It’s certainly nice to finally have the chance to play a few of these, though they’re unlikely to become your new favourites. What’s even more tempting are the new Score Attack challenges available in each game. Take on the Score Attack mode, and if you manage to hit a (surprisingly high, IMO) score threshold, you will be added to an online leaderboard. For Capcom arcade fans, this could become the new list of local legends.

There’s also a bunch of nice features to please a variety of players. You can play the games on a 3D arcade cabinet, complete with the display being warped across a rounded CRT display, or you can fullscreen them, make them pixel-perfect, overlay CRT-like filters, or even orient your screen vertically, which is perfect for those with monitors on a swivel or for Nintendo Switch players that are willing to balance their Switch on its side. Playing vertical scrolling shooters like this is the best way to play them outside of the arcades, and it certainly enhances the experience. 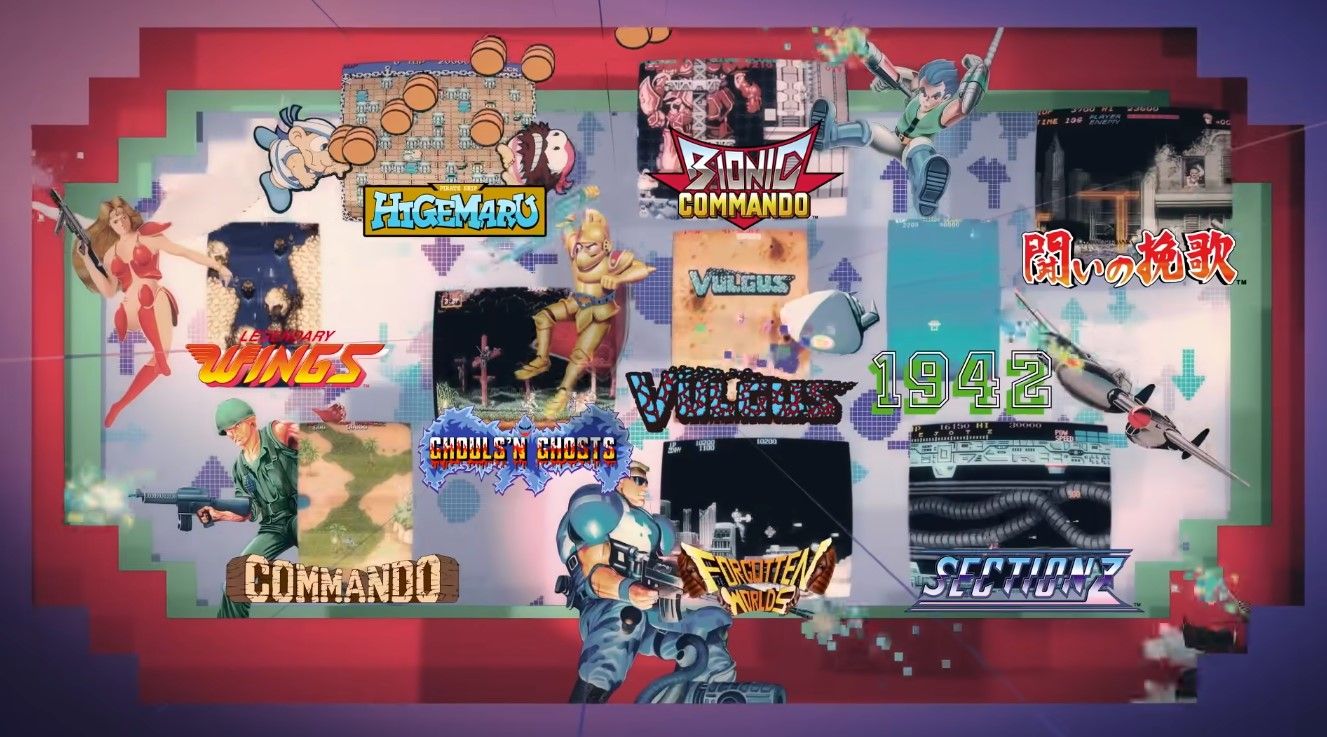 But that experience is limited by one thing, and that’s arcade game design. Unless you’re an arcade pro that spent all of your pocket money on these games years ago, you’re likely going to die a lot. These games were purpose built with the intent to be nigh-on impossible without investing a lot of your pocket change, and although you don’t have to buy DLC arcade coins to play here (could you imagine?), it does feel demoralising to see a Game Over screen twice in the same boss fight. These games were built to be impossible, and Capcom knows this, which is why it includes the option to purchase invulnerability DLC – yes, DLC so you can actually play most of these games on a single life. It’s not available for the Score Attack modes, of course, but it feels weird that this is a DLC option, when you should just get it with any game you actually purchase given how difficult they can be already. Regardless, you can power through by entering your digital coins over and over again each time you fail, which will see you through to the end eventually, though it may break your spirit.

There’s no doubt that this is an incredibly fun way to play Capcom arcade classics – better than throwing all of your loose change at a game you’ll never actually finish, at least – but the selection available here hasn’t left me feeling inspired. The games in this collection feel like the last options, the games that could never be sold individually. Cult classics like Darkstalkers and every other version of Street Fighter are entirely missing – instead we have a bunch of Capcom arcade games that, for the most part, weren’t deserving of sequels, or any other recognition this far removed from their release. It sounds harsh, but these are the rejects, propped up by Street Fighter 2 and Ghosts ‘N Goblins. There’s fun to be had here, but without nostalgia you probably won’t find much to love.