Atheneum: Mystic Library is a board game published by Renegade Games in which players build up a magical library and score points for the shelves they fill. It combines magical fancy and resource organization to create a game that is fun to play and includes the potential for strategic depth that keeps things interesting over multiple games.

The goal of Atheneum is to get the most points, and the main way to get points is by building up the best library possible. Players can gain points during the game by shelving books in arrangements that match objective cards on the board. These points scored during play don’t count for everything, though, since at the end of the game, players score more points for filling up shelves, placing decorative candles, and organizing books of a certain color.

In Atheneum, every player makes their own library, and nothing that players build in their library effects any of the other players. When players play cards, they get resources or moves they can take—books, extra shelves, the ability to rearrange already placed books, and more. 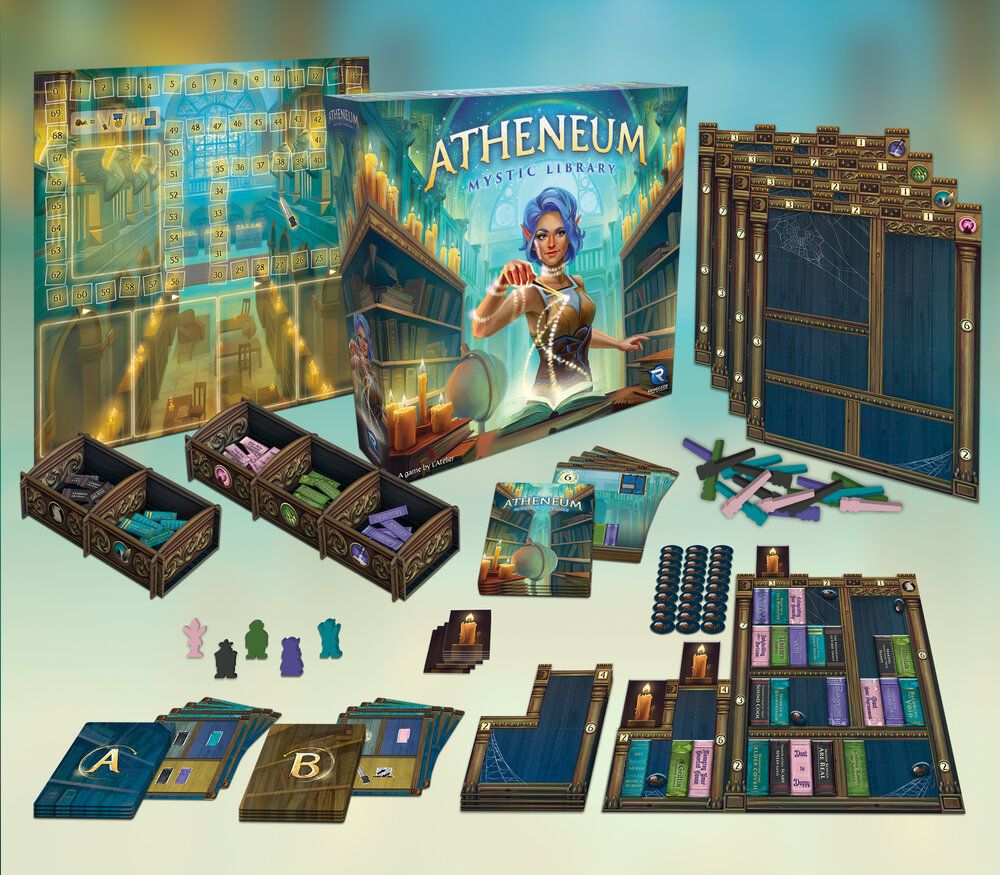 During the first playthrough of the game, when everyone is still trying to learn the rules, players will mostly play for themselves, trying to build better libraries than their opponents. The game is perfectly fine to play that way, since there is a lot of strategy that goes into building up the library, and what will score the most points in the fewest number of turns.

However, the real fun comes after everyone has gotten the hang of the rules. See, when someone plays a card in Atheneum, they get benefits from it, but the players to their left and right do too. If a player uses a card that gives them the two books they need to fill up a shelf, the same card could give the player on their left three points automatically, or the player on their right a book of any color. Once players grasp this, the strategy evolves. Players don’t have to just think about how to build up their libraries, they also have to think about what cards are the worst for their neighbors.

The fact that everyone’s hand of cards gets passed around the table after every turn means that there are even more opportunities to sabotage opponents. A player can use a card that their opponents need purely to keep them from getting it.

There’s not much of a story to Atheneum, yet it manages to pack a lot of charm into a small game. The game’s art by Veronika Fedorova really fits the theme of a whimsical magical college. 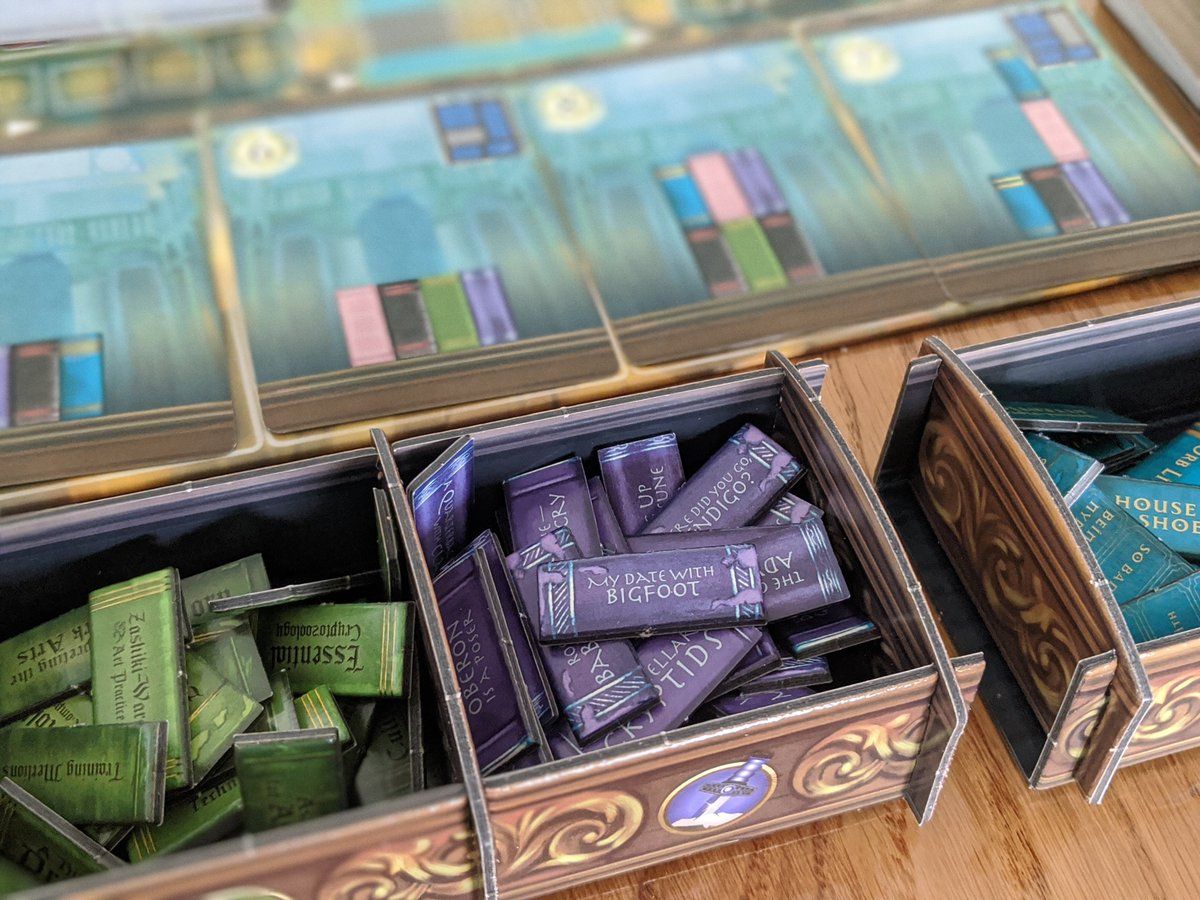 Perhaps the best detail, however, is the fact that every book in the game has its own unique tile. There are over 160 books in the game, and each book has a witty title to go along with it. The books come in five flavors: Folklore & Fanfiction, Beastly Textbooks, Paranormal Publications, Biographies & Memoirs, and Rare Manuscripts. They have fun titles like “Living? As a Vampire” and “Normalpunk 2020: The RPG.” It’s a small detail, but it injects some humor into the game and shows how much attention to detail there is in Atheneum.

While Atheneum is a very fun game, the rules can be a little obtuse to start. They are not necessarily complicated, but they can still take some getting used to. Most players should expect a bit of trial and error on their first game as rules are argued over and clarified. There are a lot of elements, cards that get passed around, and other moving parts to the game.

The scoring also takes getting used to. There are several ways to score, and some of them aren’t scored until the end of the game. It is easy to focus on a certain strategy and then find out at the end of the game that the points it earns isn’t worth the effort it takes to earn them. After a few games it gets easier, but it can be rough to start.

Overall, Atheneum: Mystic Library is a game that combines strategy with lighthearted magical fun. It can be slightly daunting to get into for beginners, but board game enthusiasts will find the potential to strategize against opponents engaging and fun.

A copy of Atheneum: Mystic Library was provided to TheGamer for this review. It’s available now online and at your local game store.

NEXT: Xbox Series X Succeeds In Fostering Accessibility Where The PS5 Fails 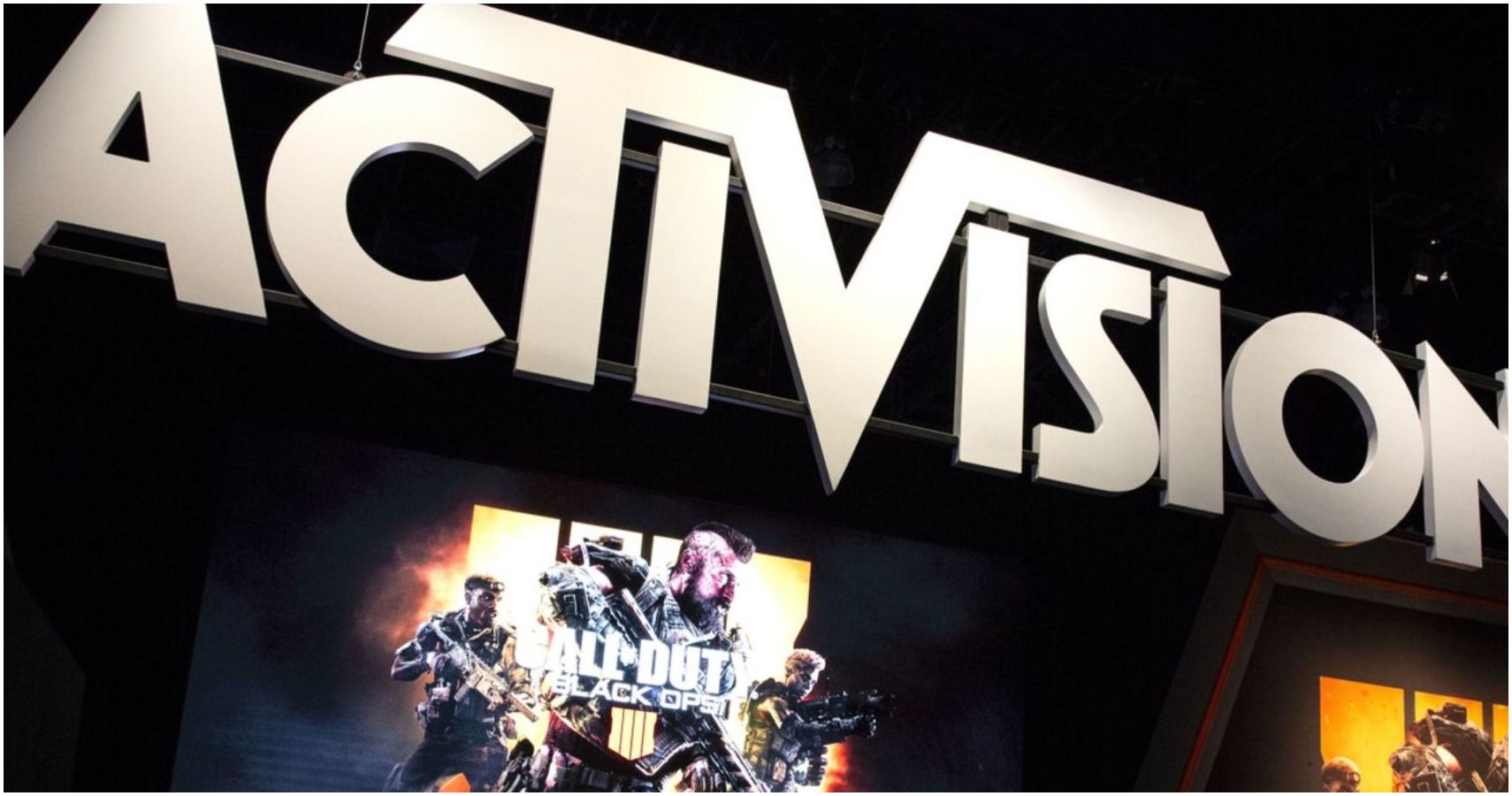