where to buy generic clavamox next day no prescription

What is idiopathic pulmonary fibrosis (IPF)?

Idiopathic pulmonary fibrosis (IPF) is a debilitating and fatal lung disease that affects approximately 3 million people worldwide. Despite the condition killing more people every year than some cancers it remains relatively unheard of, frequently misdiagnosed and little understood.

IPF causes permanent scarring (fibrosis) of the lungs and decreases the amount of oxygen the lungs can supply to the major organs of the body. The condition is progressive and as lung tissue becomes more and more scarred organs do not get enough oxygen to function normally, causing symptoms such as shortness of breath and cough.

As the disease progresses, these symptoms make it increasingly difficult for people living with IPF to carry out even the simplest of everyday tasks such as showering and getting dressed.

For most of those living with IPF the condition steadily deteriorates over time, however, each year approximately 1 in 20 of those with the condition develop catastrophic, unheralded worsening of the disease. These episodes, termed acute exacerbations, prove fatal in half of those affected within thirty days of onset of the deterioration. Overall, although the prognosis for those diagnosed with IPF varies, the average life expectancy after diagnosis for untreated individuals is between 2-3 years. Five-year survival is approximately 20%; a figure comparable to adenocarcinoma of the lung.

Early and accurate diagnosis of IPF is important to ensure that people living with the disease receive the necessary treatment and support to best manage their condition. Due to the similarity of IPF symptoms with other respiratory diseases like asthma and Chronic Obstructive Pulmonary Disease (COPD) initial misdiagnosis is common and occurs in around half of patients. Consequently, the average time from first symptoms to diagnosis is between one and two years with additional delays being caused by the need for referral to centers experienced in the diagnosis and treatment of interstitial lung disease.

Rapid access to interstitial lung disease (ILD) centers and specialists is therefore crucial to ensure an accurate diagnosis and early access to appropriate pharmacological treatment and other disease management options. It should be noted that as there is no cure for the condition healthcare professionals must also recognize the emotional turmoil a diagnosis of IPF can bring. In a recent global IPF patient survey, published by Boehringer Ingelheim, respondents most commonly said they felt ‘worried’ (49%) and ‘afraid’ (45%) at the moment of diagnosis. By recognizing and addressing these emotions physicians may help to improve how patients see their future with the disease.

Although there is no cure for IPF, various therapies can help to slow down disease progression and alleviate symptoms. Therapeutic options include anti-fibrotic drugs, supplemental oxygen, symptom-based therapies targeting cough and dyspnoea, pulmonary rehabilitation and end of life care.

Until very recently there were no approved treatments for IPF. This has changed with the recent approvals, in the US, Europe and other territories of two specific anti-fibrotic drugs; pirfenidone and nintedanib. These anti-fibrotic drugs have been shown to slow down disease progression.

Non-pharmacological treatments are also helpful for improving the well-being of people living with IPF. Pulmonary rehabilitation is a program, built around exercise and run by a team including doctors, physiotherapists and other healthcare specialists. As well as seeking to improve cardiopulmonary fitness pulmonary rehabilitation programs also provide education on living with IPF, skills and tools such as breathing control exercises and access to an informal support network of other individuals with IPF. As such several studies have shown that pulmonary rehabilitation improves well-being and quality of life and enables individuals to take better control of their symptoms.

As noted, approximately 1 in 20 IPF patients suffer an acute exacerbation each year with half of the exacerbations requiring hospitalization proving fatal within 30 days. At present, there are no therapies that have been proven to improve outcomes for acute exacerbations of IPF (although in most cases clinicians treat with corticosteroids and antibiotics) and so prevention of exacerbations is an important goal.

The future of IPF treatment and research

In the last few years understanding of the pathogenesis, clinical presentation and treatment of IPF has significantly improved bringing renewed hope for patients with this dreadful disease and their carers. Added to this, there has been an increasing recognition of the importance of early and correct diagnosis and treatment of IPF which has led to a growth in services for IPF, such as dedicated interstitial lung disease centers and physicians with training and expertise in the diagnosis, management and treatment of this disease.

These positive developments are also recognized by many people affected by IPF; in a recent global survey by Boehringer Ingelheim, 20% of people affected by IPF said they think of ‘hope for the future through new and effective treatments’ when they think of IPF. However, as the number of people living with IPF continues to increase year-on-year, ongoing research is still necessary to address the continuing global burden of this progressive and life-threatening disease.

As treatments for IPF become more widely available clinical research may adapt to focus on how best to integrate treatments into patients’ lives, such as managing side effects. Currently, there are a number of ongoing or planned global trials, including; many studies of potential new therapeutic agents; studies examining the efficacy and safety of combination therapy and trials exploring the potential role of diagnostic and therapeutic biomarkers so that the physician community can detect IPF at an earlier phase of the disease and determine treatment response in individual patients. It is to be hoped that all of this on-going research will lead to further improvements in survival and quality of life for people with IPF. 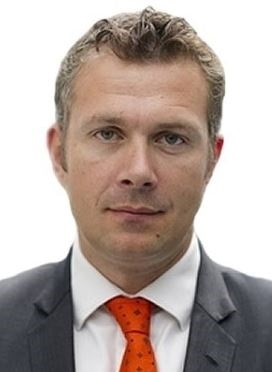 Toby Maher is a National Institute for Health Research Clinician Scientist and Consultant Physician at the Royal Brompton Hospital, London, UK. He is also a Senior Lecturer at the National Heart and Lung Institute, Imperial College, London.

Dr Maher trained at Southampton University, UK, and obtained his PhD at University College London. He runs a specialist clinical service for interstitial lung disease (ILD) and sarcoidosis, and oversees an active research program. His research interests include biomarker discovery, clinical trials in ILD and the pathogenesis of idiopathic pulmonary fibrosis (IPF).

Disclaimer: This article has not been subjected to peer review and is presented as the personal views of a qualified expert in the subject in accordance with the general terms and condition of use of the News-Medical.Net website.