where to buy cheap trental supreme suppliers without prescription 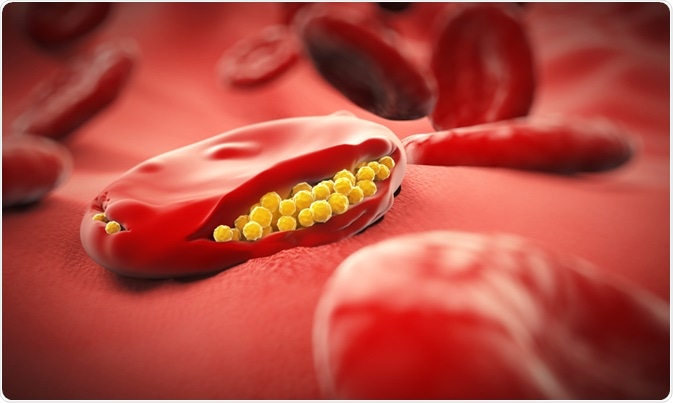 Plasmodium falciparum causes malaria in humans by multiplying first in the liver cells and then in red blood cells. Merozoites or daughter parasites are released as the host cells are destroyed to continue invasion into other red blood cells.

Infection by Plasmodium falciparum requires a large list of parasite proteins involved in modulating the host signaling pathways, changing the host environment to suit the needs of the parasite and to avoid host defense.

Mammalian intracellular signal transduction is moderated through the phosphorylation of various signaling molecules by kinase enzymes. Both mammalian and malarial kinomes (the full set of kinases encoded in the genome) are large and diverse but there are limited examples of sequence homology.

Plasmodium falciparum protein kinases often have no exact match in the human host. This allows for the potential to target the malarial kinome for treatment. Before this can occur, buy cheap pro-erex nz without prescription however, greater understanding of protein phosphorylation in Plasmodium falciparum is required.

The results of global kinomic and phosphoproteomic analyses

In 2011, a global kinomic and phosphoproteomic analysis of the asexual intra-erythrocytic stages of Plasmodium falciparum found that half of the 65 eukaryotic protein kinases in the parasite kinome are likely to have a vital role in maintaining parasite viability.

The phosphoproteome displayed proteins important to the processes of invasion, metabolism, transcription and DNA replication. This means that Plasmodium falciparum protein kinases regulate a large range of biological activities.

Protein phosphorylation in malaria parasites is noted to be particularly complex, including the surprising occurrence of tyrosine phosphorylation, despite the absence of a classical tyrosine kinase family in Plasmodium falciparum.

A combination of quantitative phosphoproteomics and chemical genetics analysis highlighted the role of Protein Kinase G (PKG) for phosphosignaling in Plasmodium falciparum.

Over 100 PKG-dependent phosphorylation events have been detected meaning that PKG has multiple roles in maintaining Plasmodium falciparum viability.

The cGMP-dependent protein kinase (PfPKG) targets proteins for cell signaling, proteolysis, gene regulation and protein export. Therefore, it has been determined that PfPKG acts as a signaling hub and is required for parasitic invasion, egress and evasion.

This multidisciplinary approach to phosphoproteomics, developed as a way of understanding the role of PKG, will be an important tool for mapping the physiological processes regulated by a specific kinases and for future therapeutic targeting of these pathways.

Signals between the extracellular environment and the inside of the cell are controlled by secondary messenger molecules, such as cyclic adenylyl monophosphate (cAMP).

Early experiments noted the positive effect of external cAMP to exflagellation or gametocyte formation during the ring stage of the parasite.

The process of invasion involves the formation of tight junctions with host cells, leading to the secretion of apical organelles containing the protein AMA-1.

Invasion of the host by Plasmodium falciparum is regulated by the cAMP-dependent phosphorylation of protein apical membrane antigen 1 (AMA-1) mediated by Protein Kinase A.

Potassium levels are known to effect cAMP signaling with the secretion of proteins producing a stepwise signaling cascade caused by exposure to the low potassium extracellular environment. Low levels of potassium ions trigger the activation of adenylyl cyclase β (PfACβ) which produces an increase in cAMP.

Plasmodium falciparum infection remodels the host red blood cell membrane to maintain the balance of electrolytes and to acquire nutrients. Anion conductance over the host cell membrane is also regulated by cAMP signaling.

Experiments have found that the addition of ATP or PKA to uninfected red blood cells produces upregulation of anion conductance and can be reversed by dephosphorylation. This confirmed the reliance of phosphosignaling through cAMP to regulate anion channel regulation.

Understanding these biomechanical processes underying the malaria pathogenesis will facilitate the development of the most effective antimalarial therapies. A lack of homology between PfPKG, PfPKA, and PfCDK provides good potential for their use as therapeutic targets.

There are still more parasitic signaling molecules to be explored that may provide additional potential opportunities as malaria treatments.

Shelley has a Master's degree in Human Evolution from the University of Liverpool and is currently working on her Ph.D, researching comparative primate and human skeletal anatomy. She is passionate about science communication with a particular focus on reporting the latest science news and discoveries to a broad audience. Outside of her research and science writing, Shelley enjoys reading, discovering new bands in her home city and going on long dog walks.