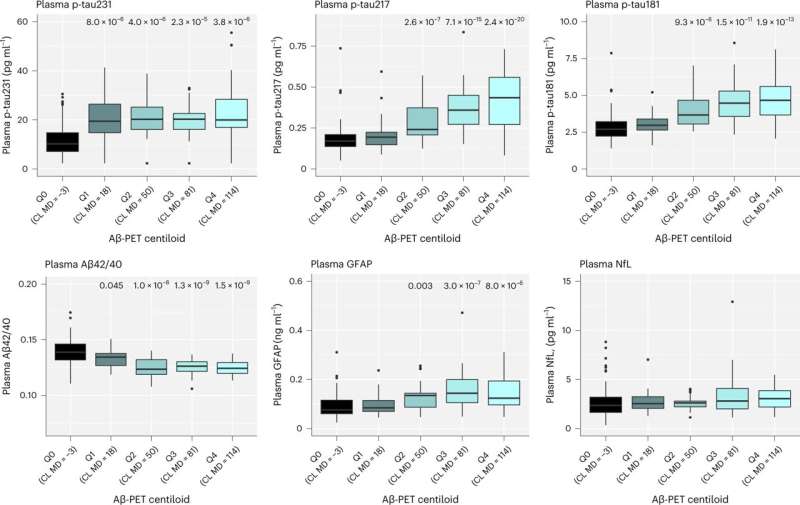 A new study has identified which blood tests are best at detecting Alzheimer’s disease during the earliest stages, and another blood test that is optimal for detecting relevant treatment effects. These findings will speed up the development of new therapies that can slow down the disease progression.

The Swedish study lead by Professor Oskar Hanssson, Lund University, and Professor Kaj Blennow, University of Gothenburg, looked at several newly development blood tests for Alzheimer’s disease pathology and neurodegeneration in 575 individuals from the BioFINDER cohort. In 242 participants, the plasma tests were repeated for up to 6 years, along with cognitive testing and magnetic resonance imaging.

The study, published in Nature Medicine, revealed that multiple blood biomarkers, namely phospho-tau231 and Aβ42/40, were sufficient in identifying Alzheimer’s disease pathology, even in participants with no symptoms and thus, could be used as strategy to select the correct individuals for novel disease modifying trials—a task which currently requires expensive molecular imaging technique or lumbar punctures.

Yet, over the 6 years tested, it was shown that only phospho-tau217 was related to Alzheimer’s disease pathology, a decline in cognitive performance and increased brain atrophy typical of incipient Alzheimer’s. Therefore, phospho-tau217 will be an ideal marker for detection of relevant disease-modifying effects of novel interventions. The study has large implications on the use of blood test in the recently reported anti-Aβ trials.

“Distinctive blood tests may be optimal for the identification of Alzheimer’s pathology or for monitoring of disease progression and therefore have different roles in clinical trials,” first author of the research study Dr. Nicholas Ashton from the University of Gothenburg explained.

“This study has shown that phospho-tau217 is uniquely placed to be an optimal test for monitoring patients in both a clinical setting and a trial setting because of its longitudinal association with Alzheimer’s development.”

An important aspect of this study was that p-tau217 was able to monitor such changes in pathology and cognition at very early stages of the disease process. This finding was replicated in an independent cohort from the U.S., Wisconsin Registry for Alzheimer’s Prevention (WRAP).

“Besides improving the design of clinical trials, the novel blood tests will revolutionize the diagnoses of early stages of Alzheimer’s disease,” says Oskar Hansson. “Further, phospoho-tau217 might be used in the future to monitor the response in individual patients to disease-modifying therapies in clinical practice.”