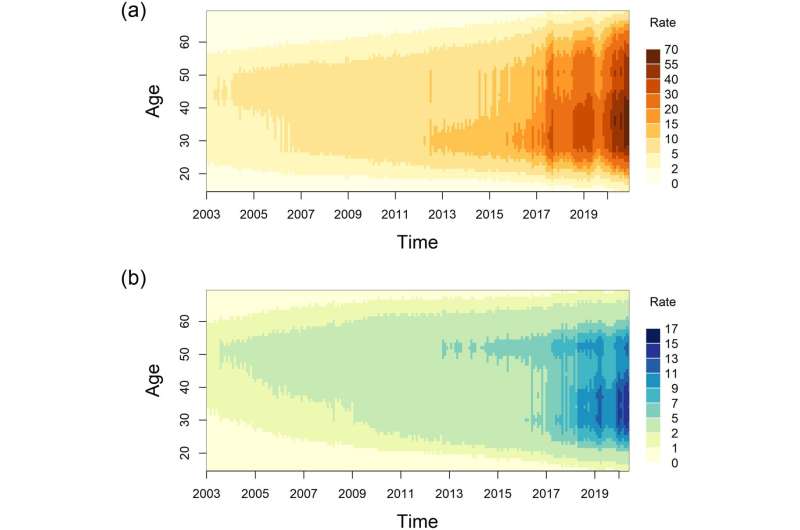 From 2003 through 2020, as opioid-related mortality in Ontario, Canada increased five-fold, the age distribution also shifted downward—with rates now peaking for people in their mid-30s—according to a new study published this week in the open-access journal PLOS ONE by Patrick Brown of University of Toronto, and colleagues.

Opioid-related mortality is a critical public health issue in North America, with rates of opioid-related deaths having increased drastically over recent years. Updated data on the demographic makeup of deaths and how they have changed over time is crucial to tailoring public health interventions.

In the new study, the researchers used mortality data from the Office of the Chief Coroner for Ontario, the most populous province in Canada. Opioid-related deaths were defined as deaths where acute drug toxicity involving opioids was considered as directly contributing to the cause of death.