This story is part of Survivor's Guide, a series on navigating the impact of melanoma through beauty and self-care.

Gone are the days when care-free sunbathers blissfully ignored the dangers of laying out under that big burning orb in the sky. Unlike previous generations, many millennials and Gen-Z'ers grew up being told to wear sunscreen and the very real threat of skin cancer. Still, myths remain: All skin cancer manifests as a misshapen mole. Melanoma always originates from sun damage. In actuality, how to buy herbal testosterone usa no prescription skin cancer can present in myriad ways and some forms of melanoma don't originate from sun damage at all. Among young people, it's one of the most common forms of cancer, and one in five Americans develop skin cancer by age 70.

To combat these inaccuracies and, more importantly, to put real faces and names to these statistics, we asked five women who have experienced melanoma — or are currently battling it — to share their stories. Their journeys prove that there's no singular road to diagnosis nor recovery and, as survivor Mariena Browning puts it, "When you think of skin cancer or melanoma, I always thought of a dark mole… but I've learned that everyone's cancer is so different that it's super unpredictable." 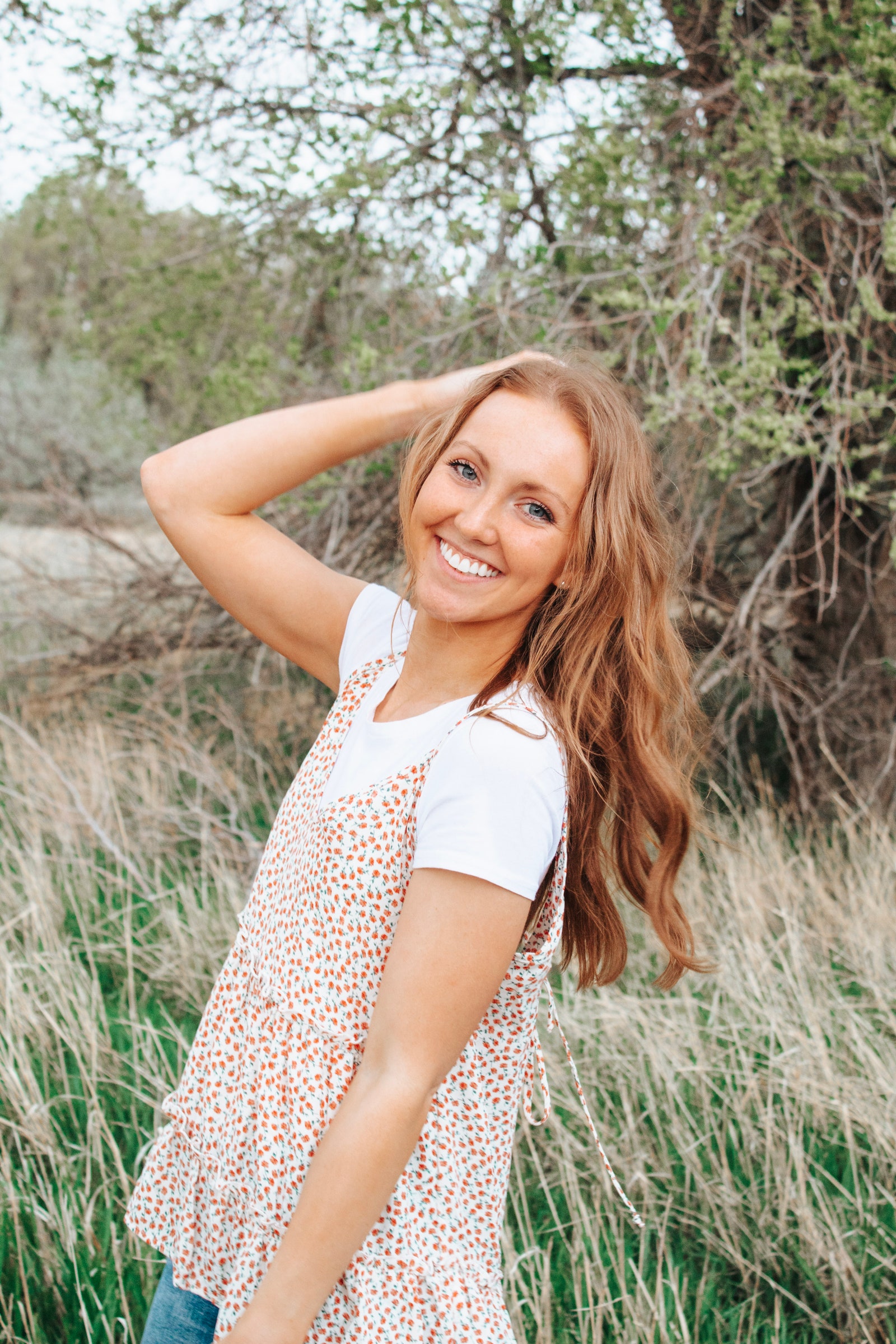 While the majority of melanoma cases begin with a mole or visible change in the skin, about 3.2 percent of melanoma cases present with "no known primary site," and are instead found in distant sites like the lymph nodes, beneath the skin, or in internal organs. Mariena Browning, 25, has one such form of melanoma.

"In 2018, I noticed a lump in my groin. It was kind of sore and I worked out a lot at the time, so I thought maybe I tore something," she tells Allure. "Within a couple of weeks, there were multiple lumps and they were all very hard and painful. So I went to get a biopsy and an ultrasound, and the results came back as stage III metastatic melanoma."

From there, doctors at the Huntsman Cancer Institute in Salt Lake City removed all the lymph nodes on the left side of her groin and started treating her with targeted therapy. After about nine months, her doctors detected tumors in her brain.

"We had to do brain radiation and we had to add another immunotherapy. That killed it," she says. Browning is stable but expects to be in treatment through the end of the year at least.

"When you think of skin cancer or melanoma, I always thought of a dark mole, or just a really bad sunburn and sun damage," says Browning. "But since having cancer and meeting a bunch of other patients with melanoma and talking to them, I've learned that everyone's cancer is so different that it's super unpredictable." 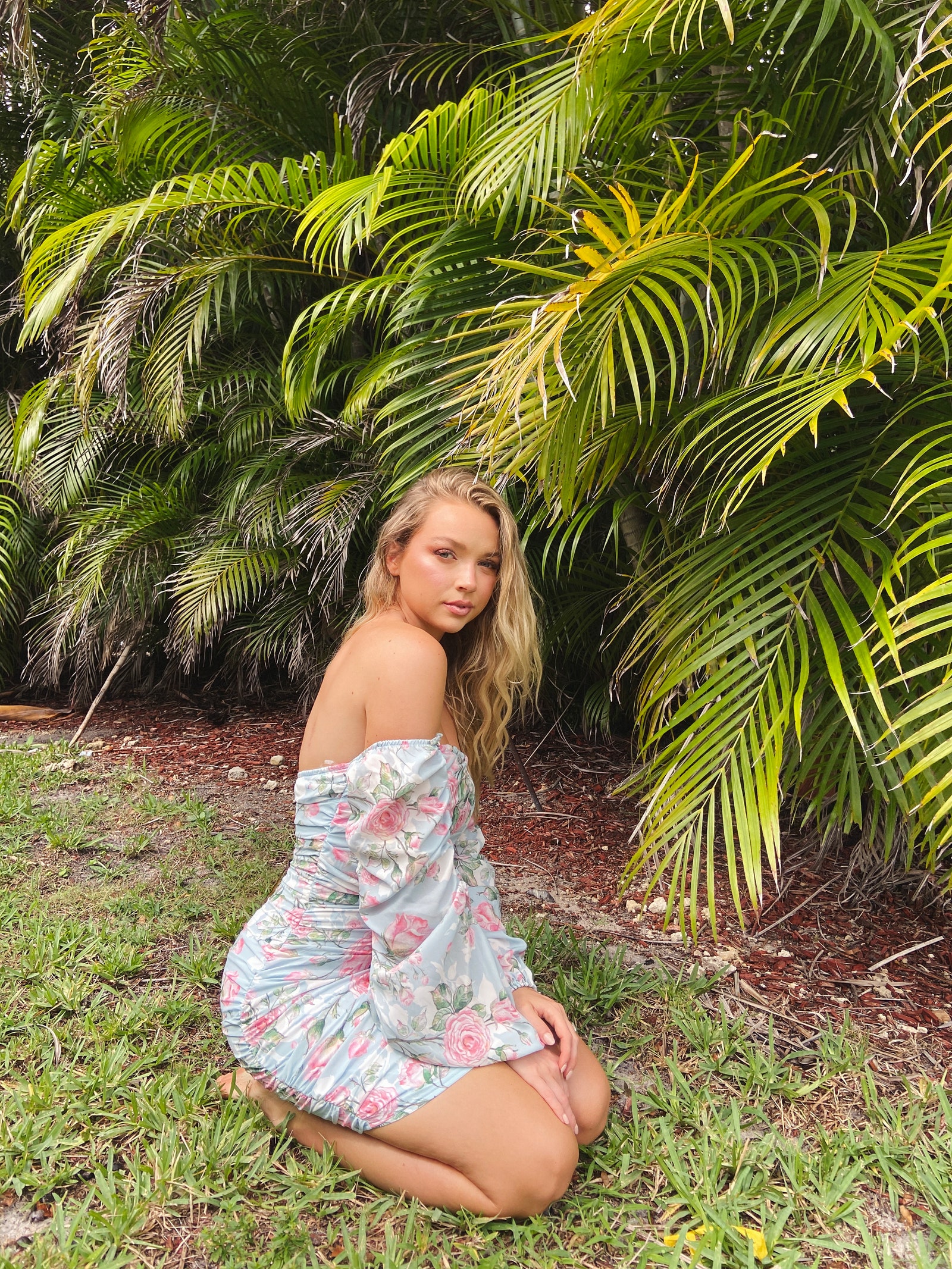 Alison Bowles always knew she might be more susceptible to skin cancer. She had numerous small moles, and her grandmother developed melanoma in her 70s. Still, it was a surprise when Bowles herself was diagnosed at the age of 22. Fortunately, having worked for five years in a spa that held skin cancer awareness events, she felt informed about the warning signs. One educational tool she’d been taught was the "ABCDEs" of melanoma: an acronym for asymmetry, border, color, diameter, and evolving, the ABCDEs are a way of tracking moles on your body for any changes or details that might be concerning. “That's really my basis of how I kept an eye on these moles,” says Bowles, now 24.

"I was in a hotel in New York City, and there was a double mirror in the bathroom where I could look at my back. I noticed that a mole on my back had changed colors," says Bowles. "I was like, 'OK, that's weird.' I flew back to St. Louis the next day and saw my dermatologist. They did the biopsy, and it came back cancerous."

Doctors were able to remove the melanoma entirely, leaving Bowles with 12 stitches and a long scar. "I caught it just in time," she says. "If it hadn't caught my eye, it could have been much worse."

As a model who regularly does bikini shoots on the beach, Bowles can't avoid the sun entirely. However, she's careful to always wear sunscreen, limit her time in the sun, and try to only shoot during the hours when the sun's rays aren’t their strongest. Most importantly, though, she encourages everyone to see a dermatologist annually — something dermatologists Allure has spoken recommend too, as not all melanomas present in a way that could be identified by the ABCDEs. "It is really overwhelming how many people have messaged me saying that one of my posts with YOUv Radiance or on my personal page about skin cancer influenced them to go get checked, and they found skin cancer," says Bowles. 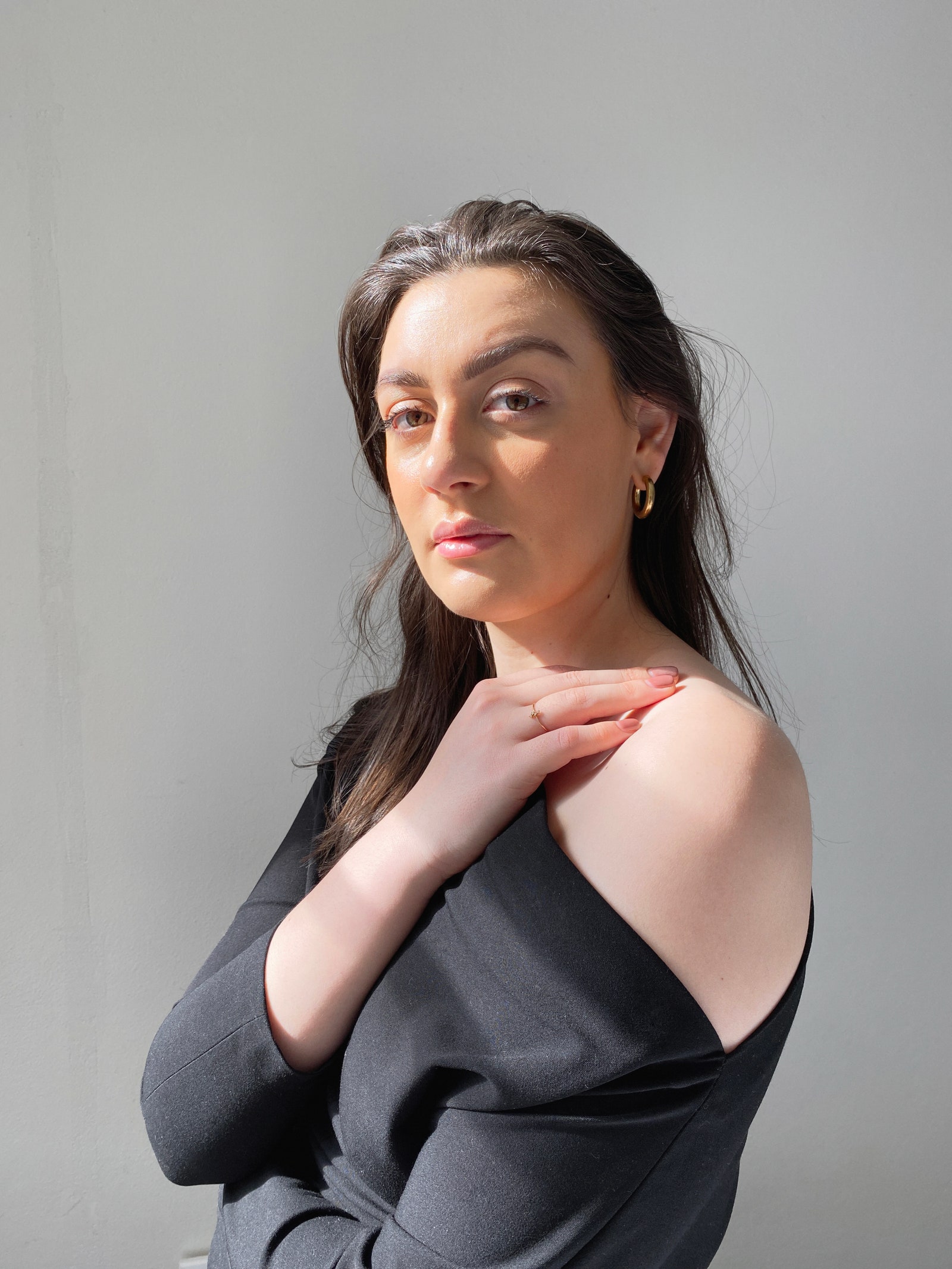 What started as a small mole on her toe has progressed into a seven-year journey with melanoma. At 20, Natalie Fornasier had been getting the mole checked regularly without major concern from doctors, until one day when she noticed the mole began to hurt when wearing shoes. Soon after, she was diagnosed with stage III melanoma that had spread to her groin. She had her toe removed, as well as the entire lymph node system in her groin. "I had to now figure out how to live life with a permanent fear attached to me," says Fornasier. “No one really talks about that fear — it’s one that feels like a wolf is on your back, with its teeth at your neck. It’s forever there once you’ve been welcomed into the cancer club.”

After four years of relative normalcy with just routine scans every six months, a mass appeared in her lungs in 2018. Doctors diagnosed her with stage IV melanoma in her lungs, duodenum, bowel, and the lining of her stomach, and she’s been fighting it ever since.

"My health is my full-time job," says Fornasier. "This isn't what I envisioned for my twenties, and yet that's what I've spent the alleged best years of my life doing — fighting cancer."

"I'm a writer, so sharing through words is very natural to me," she continues. “One of the things I’m adamant about is to make speaking about cancer less scary. A lot of people shy away from it, and don’t want to talk about it because it’s associated with death and all of the things the human mind chooses not to engage [with]. I’m a big advocate for people who are chronically ill to be represented in our media, especially in a light where it doesn't revolve around their illness. We need to include people with all walks of experience in every facet of life. I'm still learning every day about using my voice." 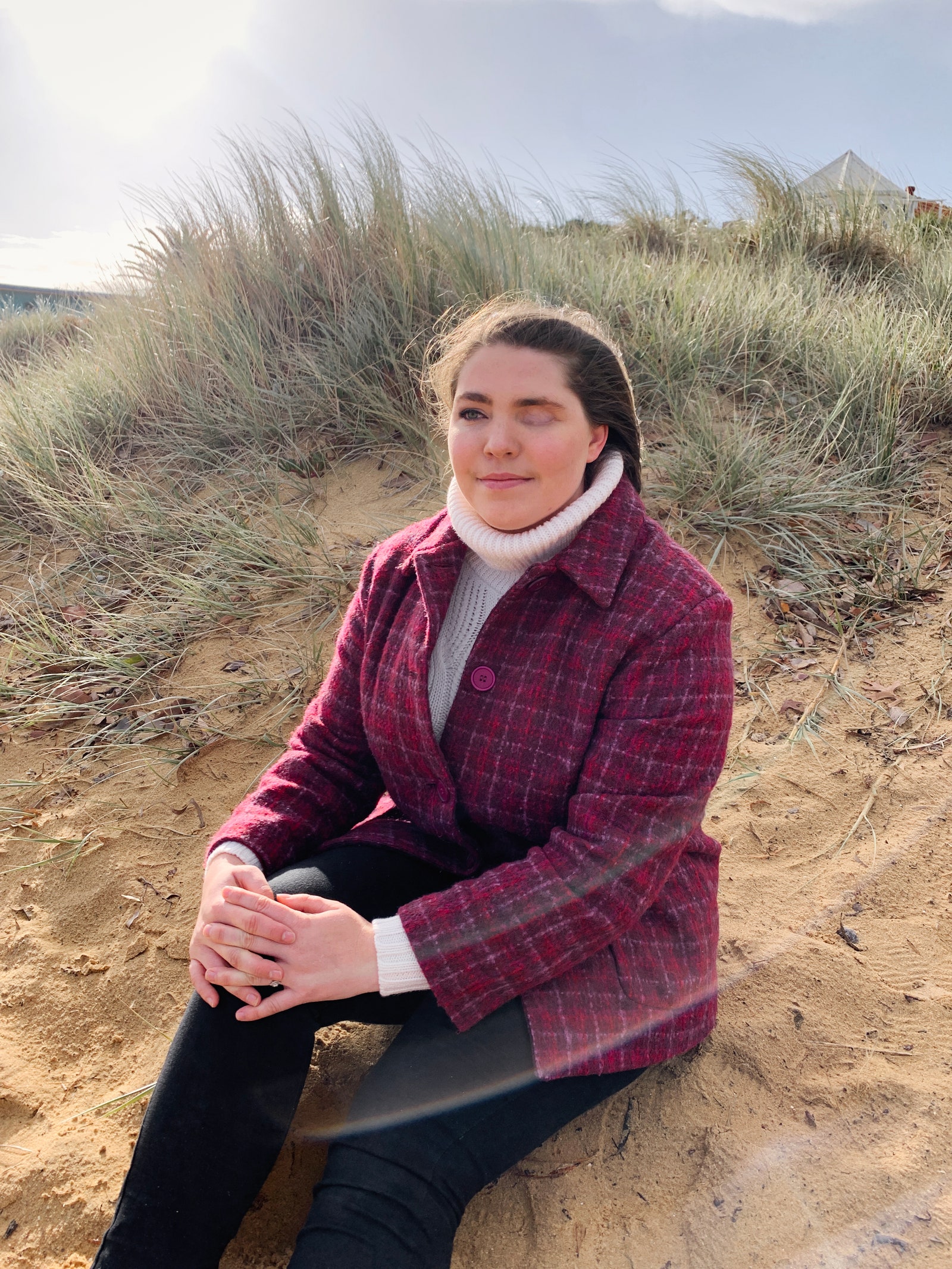 "I'd had this red spot on the whites of my eye for as long as I can remember, and it was never an issue. And then all of a sudden, it was like, that was potentially cancerous," says Jess Van Zeil, who was diagnosed with conjunctival ocular melanoma at 21. She was initially misdiagnosed, and by the time she finally received an accurate diagnosis she was told she would need the contents of her left eye socket fully removed.

"I was very self-conscious, very self-aware of who I was, and how society is and how judgmental society can be," says Van Zeil. "So I wasn't too keen on it. And then the other side of it was, [either do that] or I won't be here in five years."

Only a few months after the removal of her eye, she suddenly had a seizure. She was now diagnosed with stage IV melanoma — the cancer had spread to her brain. Van Zeil began treatment but "nearly died from the side effects." Fortunately, the treatment was effective. Throughout the experience, from being misdiagnosed to recently celebrating five years cancer-free, Van Zeil has had to be her own advocate for her health.

"I've had to learn that my best interests are something that I am allowed to put forward," she says. "And just because maybe I'm not medically trained does not mean that my thoughts and opinions aren’t valid."

After completing her degree in nutrition during that journey, Van Zeil has since redirected her desire to help others toward public speaking, coaching, and writing. "I think probably after I lost my eye, I realized how much of a lonely experience it can be to go through cancer or anything that's really challenging and changes the way that you perceive the world and perceive yourself," says Van Zeil. "I didn't want anyone else to feel alone, going through what they were going through." 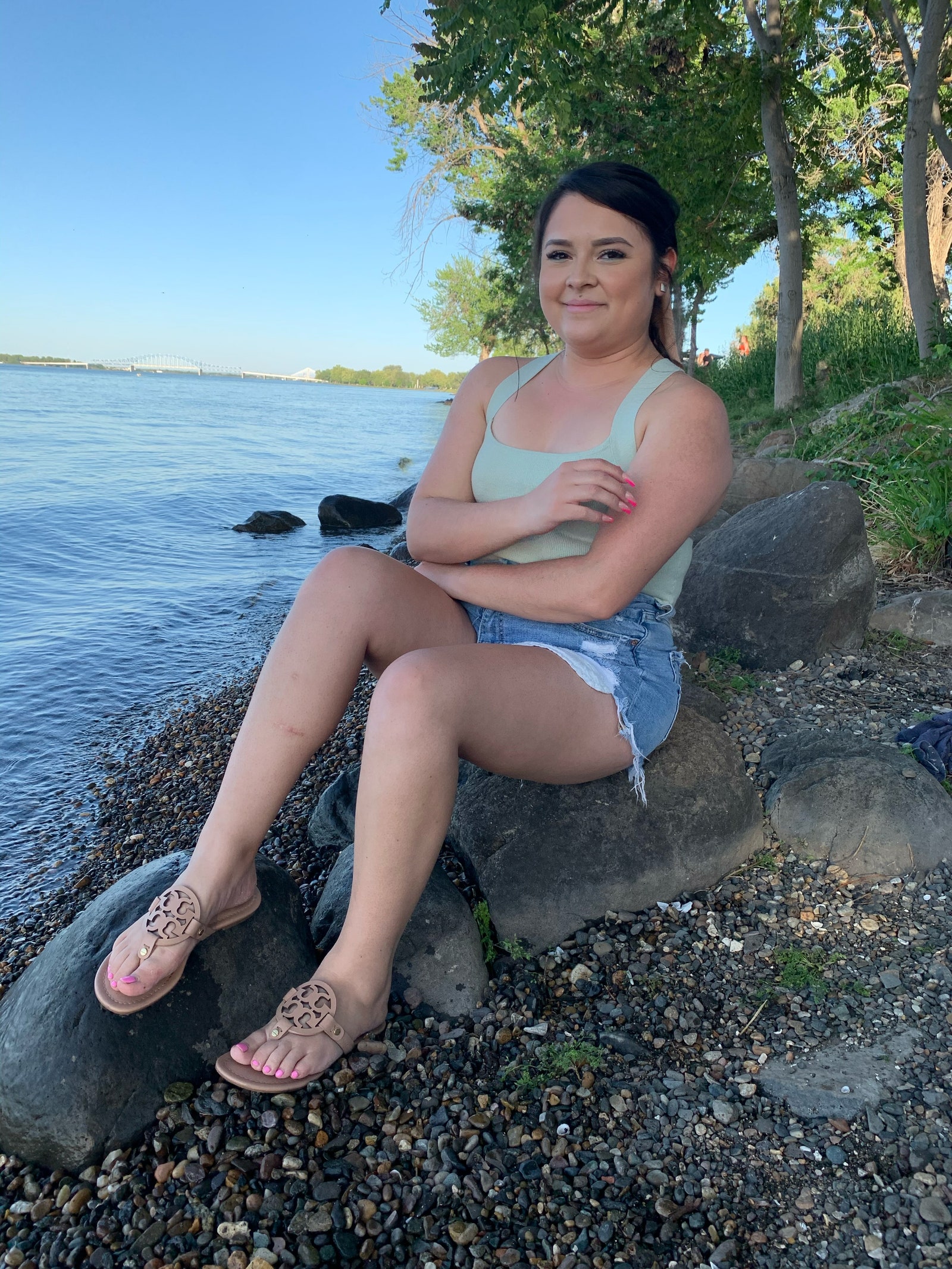 Abigail Perez was diagnosed with melanoma in situ, or stage zero melanoma, in 2019. "I had a mole on my right lower leg that I’d had for years," says Perez, 29. "I finally decided to get it checked out, and it turned out to be melanoma." Melanoma in situ is considered to be the most curable stage, so Perez was able to get it removed entirely with two minor surgeries. "Even though it was an early stage of cancer, I still was very frightened about it," she says. She continues to receive full-body checkups every three months.

Perez admits that she enjoyed spending time out in the sun without sunscreen prior to her diagnosis. "I would be out in the sun, I would hardly use any sunscreen ever," she says. "I was always looking to make sure that my legs were tanned, especially in the summer." She now keeps sunscreen with an SPF of 50 or higher on hand at her house and carries it in her bag at all times.

Perez has a career in higher education in Washington state but enjoys influencing on Instagram on the side. At first, she says she was hesitant to talk about her experience on social media, but after completing her surgeries, she decided she wanted to use her platform to encourage others to have their skin checked if they’re concerned, too. Particularly during the month of May, which is Skin Cancer Awareness month, Perez often shares information from the Skin Cancer Foundation and other advocacy groups to help educate her friends and family.