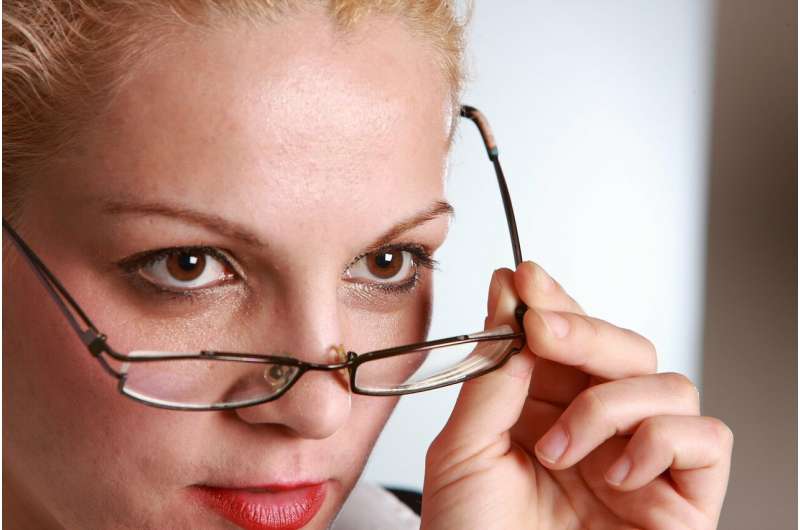 Does eye contact always attract attention? Not in every case, as a research team at the University of Würzburg’s Institute of Psychology has recently shown. Why not? Because context matters.

In a crowd, people notice immediately when someone makes eye contact. In fact, it takes no more than a fraction of a second to register and process this eye contact.

What happens during eye contact from a psychological point of view? This is what interests Anne Böckler-Raettig, Professor at the Department of Psychology III at the University of Würzburg (JMU). Social cognition is one of the focal points of her research; she has headed the research group “More than meets the eye: Integration, influences and impairments of direct gaze processing” since 2017.

Now, together with her team and scientists from the U.S. and Canada, Böckler-Raettig has decoded new information about how we process gazes and facial expressions. She presents the results of her studies in the Journal of Experimental Psychology.

“We were able to show that the emotional expressions of faces influence how their gazes shape our attention,” explains Dr. Christina Breil, tamiflu 50 the first author of the study. What this means in concrete terms is this: Faces showing joy, an emotion that expresses approach, grab attention when they look directly at the observer (i.e. when there is eye contact, which also signals approach). The same applies to an angry facial expressions because, from a psychological point of view, anger is also an approach-oriented emotion.

The situation is different with avoidance-oriented emotions such as disgust or fear. In these cases, it is averted gaze (hence, avoidant gaze) that attracts the observer’s attention more.

In a previous study, Böckler-Raettig and her team had already demonstrated that faces with a neutral expression attract the attention of the observer especially well when those faces look directly at them. The participants were presented with four images of a woman’s face on a computer screen. The only difference was that some faces looked at the test subjects, while others did not. In addition, all the faces had a small number 8 positioned on their forehead.

“After exactly 1.5 seconds we replaced the four eights with letters. One of them was either an S or an H,” explains Böckler-Raettig. The participants were asked to react as soon as these letters were visible on one of the four faces, by pressing an S on a keyboard when they saw an S, or an H when an H appeared. The reaction time was then the measure as an indication of the level of attention.

The results of this study showed that although faces can be ignored for this task, people recognize the relevant letters more quickly if they are presented on a face that is looking at them. Why? “Because eye contact attracts our attention,” says the psychologist.

To investigate this effect, the team changed the design of the original study. In the new version, the faces changed from a neutral expression, when the eights were shown, to either an approach- or an avoidance-oriented emotional expression—in one series of experiments to anger or fear, in the other to joy or disgust.

According to the psychologist, this pattern indicates that people can process and integrate the facial expression and gaze direction of faces very quickly and efficiently. In fact, this process of integration begins just 200 milliseconds or so after the stimulus is shown.