‘I went back to work with severe anaemia and nobody spotted it!’ Campaigners call for new mothers to receive a GP check-up nine months after giving birth to pick up any issues

New mums should be given a health check by GPs nine months after giving birth, campaigners are urging.

A growing number of medical professionals and charities are warning that women are not getting enough support with their physical and mental health in the year after childbirth, leading millions to develop issues that can affect their lives for decades.

Postnatal care currently ends with a health assessment with a GP at between five to eight weeks after birth, known as the six-week check, doxycycline oracea side effects which is done at the same time as babies have vital checks. 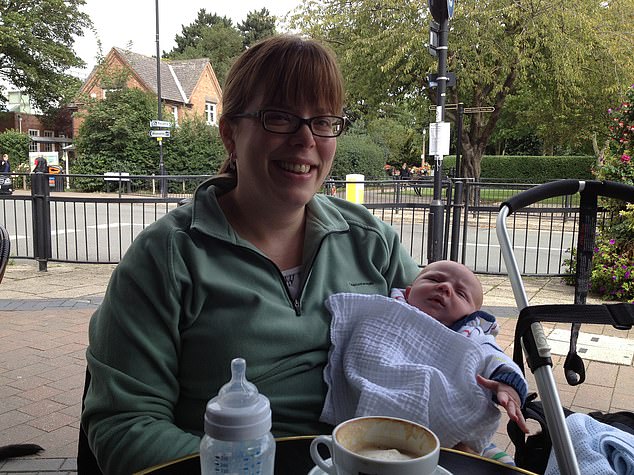 Mary Broddle, now 45, pictured with her baby son Leo lost more than a litre of blood during the delivery. The Nottingham mother of two went on to develop severe anaemia which was not spotted until 18 months later

Professor Debra Bick, an expert in maternal health at Warwick Clinical Trials Unit, says that there is ‘no medical reason why women’s postnatal checks end at this point’, calling it ‘a historical anomaly’.

Doctors, physiotherapists and women’s health advocates calling for the change say the new check should include an assessment of mental health and for incontinence or sexual function issues, an examination of pelvic health and blood tests.

Lyanne Nicholl, a postnatal health campaigner and the author of Your Postnatal Body, says: ‘The six-week check is too soon after birth, when many women are focused on their baby. Even if women do raise health concerns, often they are wrongly told it’s normal after having a baby or told to wait to see if things improve.’

She wants the checks to include specific reviews for women who experienced pregnancy conditions such as gestational diabetes or pre-eclampsia – a life-threatening complication that causes high blood pressure – as these can be precursors to long-term problems.

‘Nine months is an ideal time to check in,’ she adds, ‘as many women are looking to go back to work and the baby may be old enough to be looked after by someone else, so the mother can attend alone and focus on their own health.’

I went back to work with severe anaemia

One mother who would have benefited from a check-up at nine months is Mary Broddle, now 45.

The embroidery tutor from Nottingham lost more than a litre of blood after she gave birth to her second son, Leo, and developed severe iron-deficiency anaemia, which can weaken the immune system and lead to heart problems.

Mary assumed her tiredness and pale skin were due to the stress of looking after a baby and her older son, Robin, and didn’t mention her symptoms at her six-week check with her GP.

Mary returned to work – which was then as an engineer – when her son was nine months and was regularly so exhausted she feared she would crash her car. Leo was 18 months when she finally booked a GP appointment and was diagnosed. ‘If I’d had a check at the time I went back to work, they would have seen my iron levels hadn’t come back up again,’ she says. ‘I could have been given strong iron tablets, which would have made me feel better.’

A report from the University of Oxford, published this month, highlighted how more than half of maternal deaths between 2018 and 2020 occurred between six weeks and one year after birth. Nearly a third were linked to psychiatric or heart disease-related issues.

Dr Eloise Elphinstone, a GP specialist in women’s health, believes many problems are missed at the six-week check because they haven’t yet become apparent. These include pelvic floor dysfunction – such as problems with the muscles that help control bladder function.

‘Often women don’t bring up issues such as incontinence as it can be embarrassing or not seen as important,’ says Dr Elphinstone. ‘However, a weak pelvic floor can lead to bladder and bowel problems, which can affect day-to-day function and exercising – which, in itself, can affect mental health.’

NHS figures show one in three women experience incontinence in the year after birth and one in four continue to have problems for at least 12 years afterwards.

‘A nine-month check could be hugely beneficial in helping identify any issues, so women can be referred to a physio to prevent long-term incontinence problems,’ Dr Elphinstone told the postnatal health podcast Mother Bodies. Campaigners say the current six-week check is also inadequate for the one in 50 women with severe birth injuries, such as tears in the anus or bowel, where initial recovery takes up to six months.

‘Assessing at a later date would give GPs a more accurate picture of recovery and, if there are longer-term symptoms such as prolapse or sexual dysfunction, a care plan can be put in place,’ says Jen Hall, of birth injury support charity The MASIC Foundation, adding that she hears from women who have waited three or more years before getting help.

It can also take months for post-traumatic stress disorder, caused by a difficult labour, to develop. 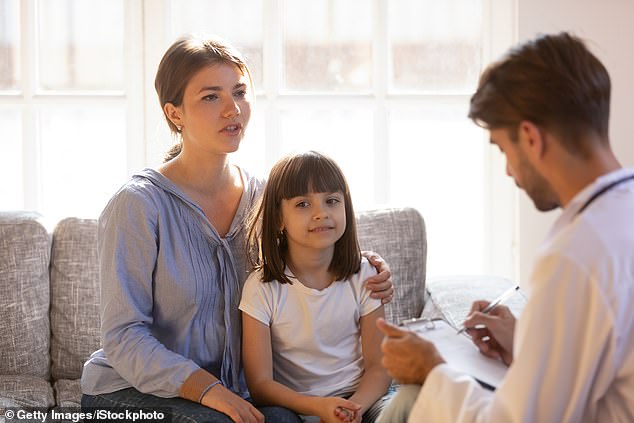 Elizabeth Duff, senior policy adviser at childbirth charity NCT, also backs calls for the nine-month check, but warns that many women need support earlier than this

Nikki Wilson, chief executive of the charity Make Birth Better, says: ‘Research shows that symptoms of some mental health problems tend to build between one and six months after the birth, by which point most people have been signed off by [postnatal] services.’ She believes the existing six-week check is ‘very baby-focused’ and that mothers’ health issues are often missed.

Kim Thomas, chief executive of the Birth Trauma Association, says there would be economic benefits too. ‘If you are able to address problems at an early stage, you could prevent costs to the NHS further down the line,’ she says.

Elizabeth Duff, senior policy adviser at childbirth charity NCT, also backs calls for the nine-month check, but warns that many women need support earlier than this.

‘If women are suffering with symptoms, they should never watch and wait,’ adds Lucia Berry, of POGP, an organisation representing pelvic, obstetric and gynaecological physiotherapists.