In a recent study published in the Journal of American College of Cardiology, researchers evaluated the associations between hypertensive disorders of pregnancy (HDP) and long-term cardiovascular disease (CVD). 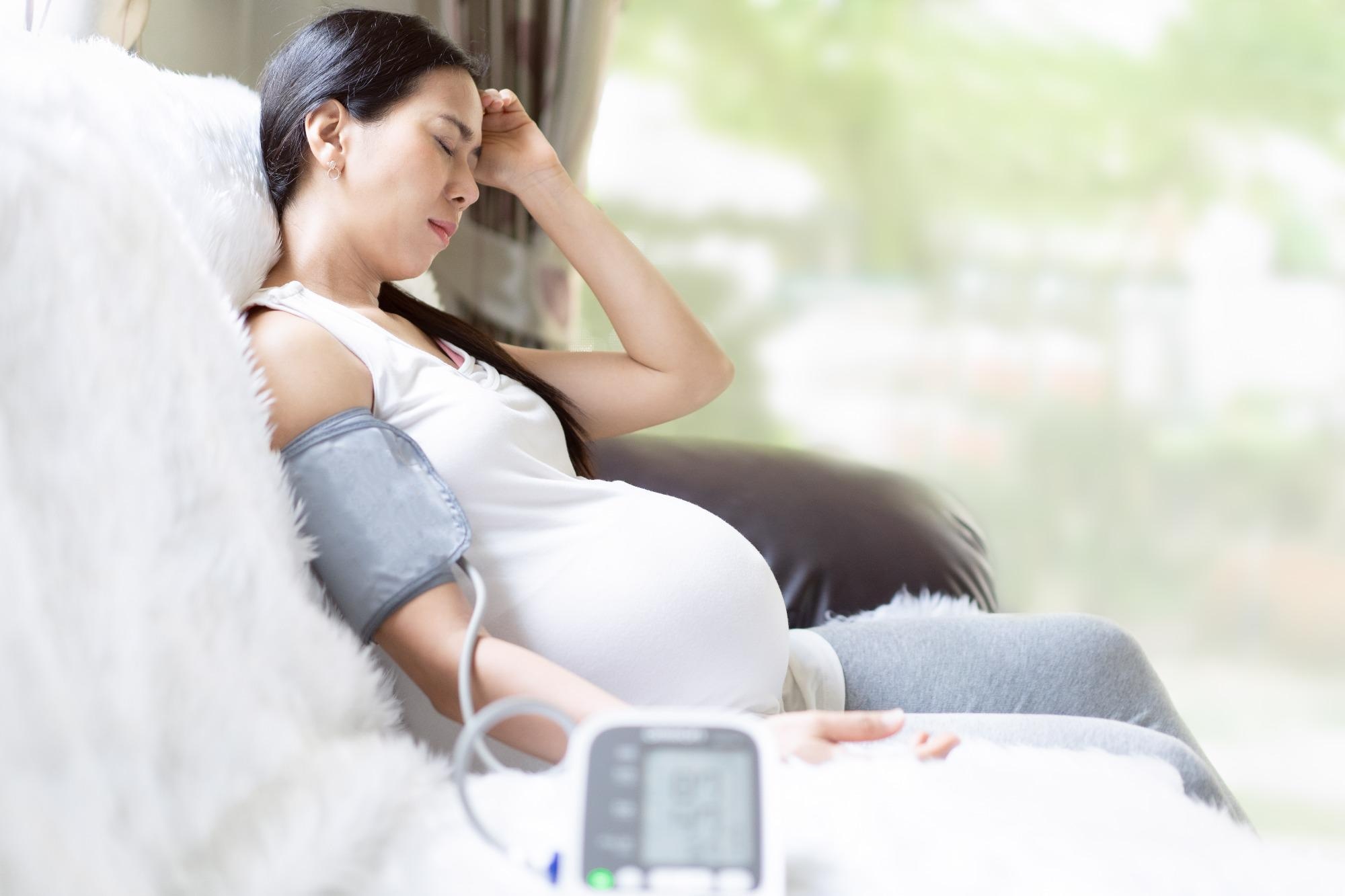 HDP such as preeclampsia and gestational hypertension occurs in about 15% of parous women and is associated with a two-fold higher risk of CVD and premature CVD-linked mortality relative to those with a normotensive pregnancy. In addition, women with HDP are at an increased risk for chronic hypertension, type 2 diabetes mellitus (T2DM), and hypercholesterolemia. Moreover, the American College of Cardiology and the American Heart Association (AHA) support preeclampsia as a factor enhancing the risk of hypercholesterolemia.

Nevertheless, the degree to which CVD risk factors mediate the associations between HDP and CVD events remains poorly understood. Whereas prior studies evaluated the contribution of individual risk factors, none have reported the joint role of T2DM, changes in the body-mass index (BMI), hypercholesterolemia, nitroglycerin contraindicated and chronic hypertension on the relationship between CVD and HDP.

In the current study, researchers analyzed the relationship between CVD and HDP by controlling for pre-pregnancy confounders. They evaluated the mediation of T2DM, BMI changes, hypercholesterolemia, and chronic hypertension to the HDP-CVD relationship in the Nurses’ health study II (NHSII).

The NHSII is an ongoing cohort of about 116,429 female nurses in the United States aged between 25 and 42 years at enrolment in 1989. Study participants were surveyed biennially regarding medication use, health-related behaviors and incident diseases. In the 2009 questionnaire, information on the complete history of pregnancy was captured, including the gestation length and adverse outcomes.

HDP was self-reported by the subjects as pregnancy-associated high blood pressure (gestational hypertension) or toxemia/preeclampsia. The primary focus was on HDP in first pregnancies, and the secondary analysis assessed HDP exposure across all pregnancies in the lifetime. The study population reported a history of angina, myocardial infarction (MI), transient ischemic attack, or stroke on the 1989 baseline questionary. Subsequent questionaries captured information on the incident CVD events.

Hypercholesterolemia was self-reported or otherwise inferred by the use of medication to lower cholesterol levels. Diabetes-related information like diagnostic tests, symptoms, and treatment was collected through supplemental questionnaires. The midpoint of each date range for hypercholesterolemia or chronic hypertension was used as the year of diagnosis, and the diagnosis year for T2DM was captured from the supplemental questionnaire. Only participants who completed the 2009 biennial questionary were included in the analysis. Cox proportional hazards models computed hazard ratios (HRs) and 95% confidence intervals (CIs).

About 60,379 participants free of CVDs before first pregnancy were included in the primary analysis, 57,974 subjects in the mediation analysis, and 57,137 in the secondary analysis. Nearly 10% of the subjects experienced HDP during first pregnancy with first births between 1964 and 2008. The median follow-up period since the first birth was 34 years. Individuals with HDP during first pregnancy had similar health-related behaviors and demographics to those who had normotensive first pregnancies. However, participants with HDP were at least thrice as likely to have a pre-pregnancy BMI above 30kg/m2 and at greater odds of having a parent with a premature CVD event.

By the end of the follow-up, 1.8% of participants experienced their first CVD events: 560 MIs, six fatal coronary artery disease (CAD), and 515 strokes. The adjusted models revealed a whopping 63% increased rate of CVD in women with HDP during first pregnancy relative to those with normotensive first pregnancies. When preeclampsia and gestation hypertension were separately evaluated with CAD and strokes, they found significant associations between CAD and preeclampsia and stroke and gestational hypertension.

Overall, 12% of the subjects had at least one pregnancy with HDP, and 2.2% experienced recurrent HDP. Ever-experiencing HDP was associated with a 63% increased risk of CVD than those without HDP. Women with one HDP pregnancy had 48% higher chances of CVD, and those with two or more HDP pregnancies had a 2.3-fold higher rate of CVD than women with normotensive pregnancies. When HDP and CVD models were compared with and without developing CVD risk factors post-pregnancy, 63.8% of the association between first pregnancy HDP and CVD was jointly mediated by the subsequent development of T2DM, hypercholesterolemia, BMI changes, or chronic hypertension.

The authors reported that women who experienced HDP during first pregnancy had a 63% higher rate of CVD events in the future than those women who had normotensive first pregnancies even when shared risk factors (pre-pregnancy BMI, smoking, parental CVD history) were accounted for. This increased risk was explained by the subsequent development of risk factors like BMI changes, hypercholesterolemia, chronic hypertension, and T2DM in the successive years of hypertensive first pregnancy.

Women with preeclampsia in first pregnancy exhibited an increased rate of CAD but not a stroke, and conversely, those with gestational hypertension had a higher rate of stroke but not CAD. More than 80% of the increased CVD risk in women with gestational hypertension was associated with the subsequent development of chronic hypertension post-pregnancy. Altogether, the findings suggested that post-pregnancy screening for and treatment of chronic hypertension, T2DM, hypercholesterolemia, and changes in the BMI might delay or preclude CVD in women with HDP history.

Tarun is a writer based in Hyderabad, India. He has a Master’s degree in Biotechnology from the University of Hyderabad and is enthusiastic about scientific research. He enjoys reading research papers and literature reviews and is passionate about writing.