The severe acute respiratory syndrome coronavirus 2 (SARS-CoV-2) has undergone many mutations throughout the coronavirus disease 2019 (COVID-19) pandemic, many of which have been linked to immune escape from antibodies elicited by natural infection or vaccination.

A new research paper posted to the bioRxiv* preprint server deals with the impact of these mutations on adaptive cellular immunity. 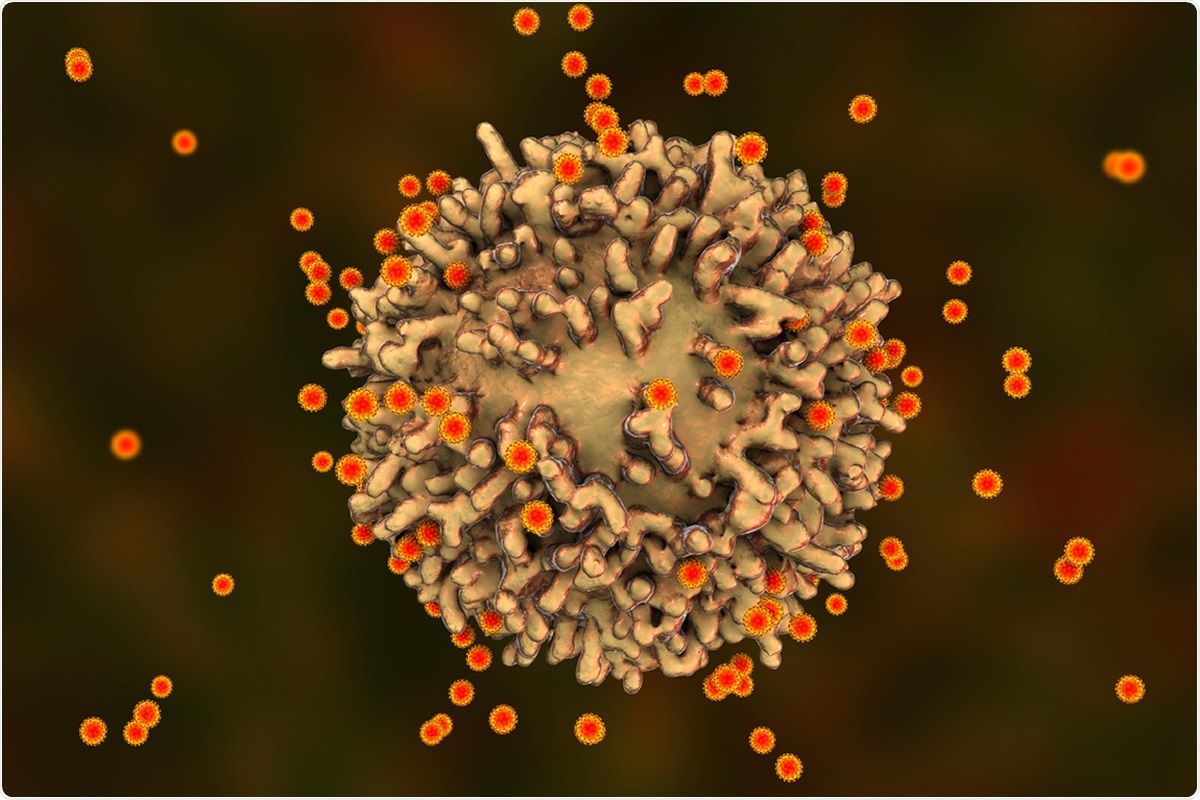 Many researchers have described the role of point or clustered mutations in the viral spike protein on humoral immune responses in the host. For instance, the E484K substitution found in the recent variant of concern (VOC) termed the South African variant reduces the neutralizing efficacy of both therapeutic monoclonal antibodies and polyclonal convalescent sera.

T cells are also a crucial part of the immune response to the virus, however, especially in respiratory viruses like influenza, trazodone aleve conferring a broad range of immunity to different subtypes of the vaccine. In SARS-CoV-2 infection, T cell responses occur across the genome of the virus.

Such cellular responses are perhaps key to favorable outcomes during acute infection as well as in individuals with weakened humoral immunity. The immune responses mediated by effector CD8+ T cells may not be sufficient to prevent viral shedding but do prevent severe disease and reduce the risk of transmission, especially with antibody-escape mutants.

Earlier studies have shown that CD8+ T cells are easily evaded in HIV infection due to the virus's rapid mutation within the host. Thus, within a few weeks of the acute infection phase, T cells no longer recognize the virus, facilitating chronic HIV infection.

However, this scenario is unlikely in acute respiratory viral infections. However, with influenza, the emergence of cytotoxic T lymphocyte (CTL) variants of the virus, with escape mutations, has been described. Moreover, the influenza A/H3N2 strain has been shown to undergo long-term adaptive changes to the host, with one epitope recognized by CTLs being lost every three years since it was first detected in 1968.

The current preprint describes a proof-of-concept study where mutations at common residues within seven known immunodominant T cell epitopes are tested for their functional consequences.

Of these, five were CD8+ T cell epitopes, and two were CD4+ T cell epitopes. Their avidity of binding was tested by interferon (IFN)-γ ELISpot assays, comparing the wildtype and mutant peptides.

"We found that several variants resulted in complete loss of responsiveness to the T-cell lines evaluated."

The researchers also explored the impact of these mutations in CD8+ T cell epitopes on the ability of these cells to trigger the killing of B cells carrying the variant peptides.

The results conformed to the ELISpot data, with markedly reduced killing ability of CTLs with the first set of mutations and less significant reduction with T325I. As expected, those that failed to show any impact on T cell recognition showed unchanged B cell killing.

The researchers point out the different ways in which T cells can be escaped: whether by differences in antigen processing, or their binding to the appropriate major histocompatibility complex (MHC) for presentation to the immune cell for recognition, or interfering with the recognition of the MHC-bound peptide by the T cell receptor.

Among these, the investigators attribute the occurrence of partial escape from T cell recognition shown by some variants in this study to reduced MHC-peptide binding. The reasons for complete escape will require further study.

Perhaps, they hypothesize, the T362I mutation may affect the anchoring residue for such binding at position 2, which is the position of this mutation. Another mutation, P365S, is at a position (position 5) that could impact a residue that binds the T cell.

The three proline substitutions P13L, P13S, and P13T are again at position 5 and may thus affect an essential residue for T cell contact.

Such predictions may explain why these variants do not reduce the predicted binding affinities of the mutant epitope to MHC, even with a small reduction in the predicted 50% inhibitory concentration (IC50) for the virus.

These findings were confirmed ex vivo in ELISpots conduced with convalescent donors, where the variant peptides elicited poor responses by specific T cells. This indicates that the study mimics the actual response by circulating T cells to these altered epitopes.

The results show that some, at least, of the many mutations at various T cell recognition sites of SARS-CoV-2 cause loss of recognition.

However, the researchers caution that alternative TCRs may operate to produce low-level T cell responses to the P365S and T362I variants, seen in one of four convalescent donors. These variants were associated with the abolition of T cell recognition in the earlier assays.

Alternatively, the use of T cell lines from samples collected early in the pandemic indicates that they recognize the wild-type virus. The potential for CTLs to develop new TCR arrays means they can overcome TCR-linked escape mutations.

Those variants which interfere with antigen processing or with antigen-MHC binding, on the other hand, lead to a permanent escape from T cell recognition. Many of the CTL recognition sites at which mutants have occurred, and included in the current study, are those that are dominant within the populations with corresponding MHC-restricted antigen presentation.

If T cell responses at such dominant epitopes should be impaired by such viral variants, this could lead to significant positive selection of such mutants by T cell escape pressure.

"Our findings demonstrate the potential for T-cell evasion and highlight the need for ongoing surveillance for variants capable of escaping T-cell as well as humoral immunity."