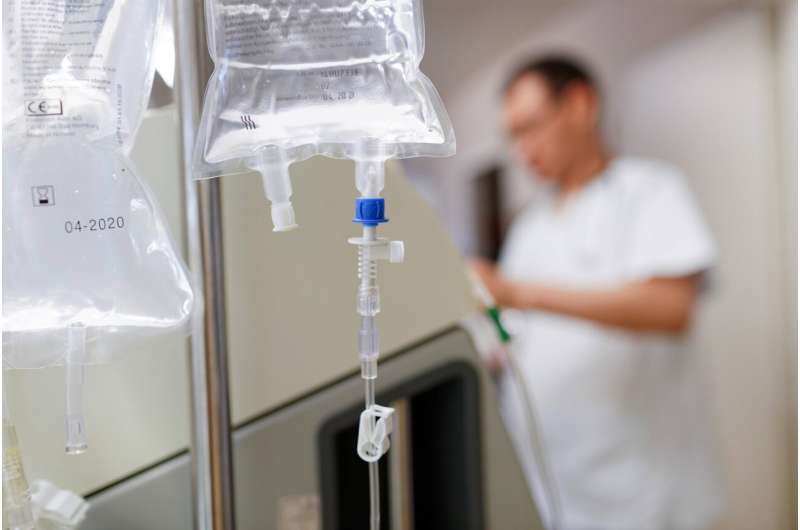 The early and adequate administration of antibiotics is an important part of sepsis therapy. In this life-threatening disease, the dysregulated response of the immune system on an infection damages the body’s own tissues, strattera spelling to the extent that organ functions are severely impaired. However, as shown in previous studies, in about half of the patients with sepsis, the antibiotic levels in blood are too high or too low if the dosage is carried out according to the recommendation in the product information. This is caused by, for example, functional disorders of liver or kidneys, which are not able to excrete the antibiotics sufficiently. Likewise, the volume therapy often required to stabilize the blood pressure can lead to a “dilution” of the antibiotics. This increases the risk of insufficient control of the infection or of toxic effects.

The Center for Sepsis Control and Care at Jena University Hospital initiated the Target-study, the results of which have been published in Intensive Care Medicine. The randomized, multi-center trial tested the effect of antibiotic treatment in sepsis optimized by therapeutic drug monitoring. From January 2017 to December 2019, the study team included a total of 249 adult patients with sepsis or septic shock in nine centers in Germany, who were randomly assigned to two groups.

One group received a continuous infusion of the broad-spectrum antibiotic combination of piperacillin and tazobactam according to the manufacturer’s recommended dosage. The second group was treated with the same drug, with the drug concentration in the blood plasma measured daily and the dose adjusted if necessary to achieve the defined target concentration. The control groups’ drug level for each day was determined retrospectively in reserve samples

The study team measured the treatment success based on the organ function and compared mortality after 28 days and the microbial treatment response. In the drug monitoring group, dosing had to be corrected at more than half of the treatment days, increasing and decreasing the daily dose of piperacillin with roughly equal frequency.

As a result, in patients with daily drug monitoring, the drug level reached the target concentration more often than in the control group. “However, even with the monitoring-controlled dosage, the target antibiotic concentration could only be achieved in a third of the patients,” study leader PD Dr. Stephen Hagel says. “Sepsis patients show a pharmacokinetic variability so large, that exact target matching is difficult, even by therapeutic drug monitoring.”