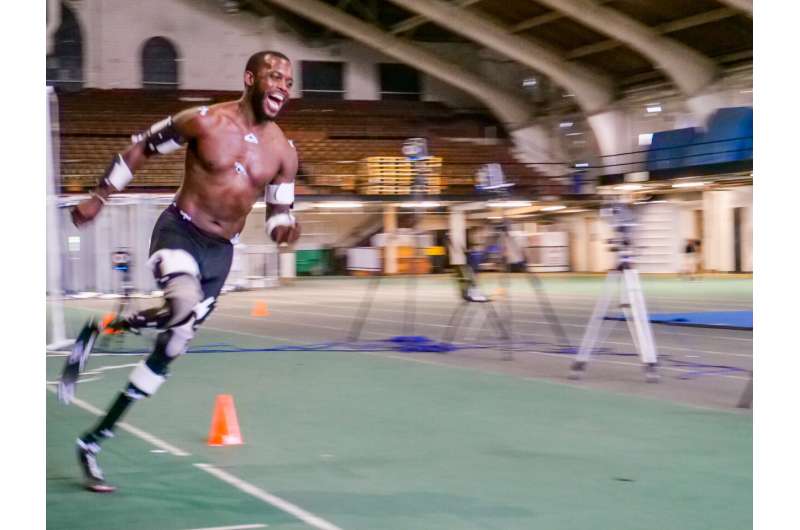 Amputee sprinters using running prostheses, or blades, have no clear competitive advantage at the 400-meter distance compared to sprinters with biological legs and, in fact, appear to have a significant disadvantage at the start, according to University of Colorado Boulder research published today.

The long-awaited study, actos escolares forma 1 published in Royal Society Open Science, provides the most comprehensive set of data ever collected from elite runners with bilateral leg amputations, including the world’s fastest 400-meter sprinter, Blake Leeper. Leeper was ruled ineligible to compete in the Tokyo Olympics last year due to having an assumed advantage.

“A lot of assumptions have been made about running prostheses and performance with no data to support them,” said senior author Alena Grabowski, associate professor of integrative physiology at CU Boulder. “With this study, we show that the use of running prostheses provides no competitive advantage over 400 meters compared to biological legs.”

For the study, Leeper—who was born without legs— visited Grabowski’s Applied Biomechanics Lab for a series of tests in 2018. That summer, he had sprinted the 400-meter in 44.42 seconds, breaking the record of Pistorius, the first below-the-knee amputee to compete against able-bodied runners at the Olympic games.

After Pistorius’ history-making run in 2012, the International Association of Athletics Federations (now World Athletics) ruled that, going forward, athletes using “mechanical aids” must provide evidence that their blades do not give them a competitive edge. 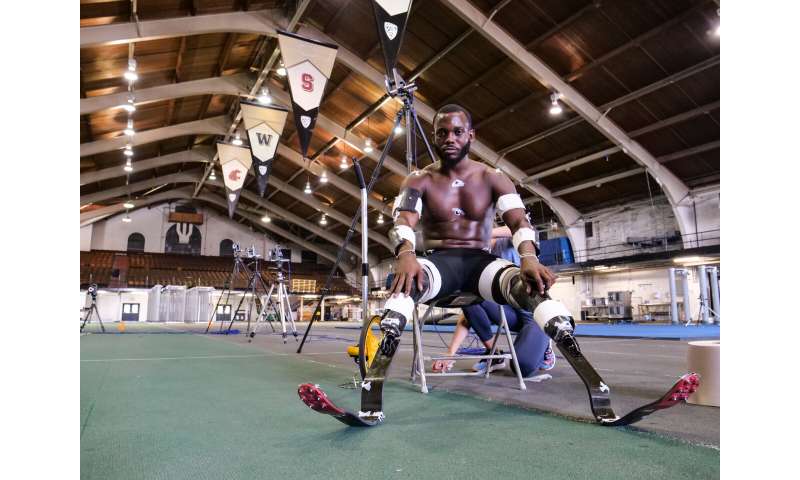 On the treadmill and track, researchers measured Leeper’s acceleration out of the starting blocks, maximum speed along straight-aways and around curves, velocity at aerobic capacity and sprint endurance (all-out effort).

“We found that no athlete with prosthetic legs has ever performed better than elite non-amputee athletes in lab-based experiments in any measure that relates to sprinting performance,” said first author Owen Beck, a postdoctoral fellow at Emory University who flew to CU Boulder, where he got his Ph.D., to help conduct the study. Athletes using prostheses were 40% slower out of the starting blocks, had 19% slower velocity at aerobic capacity and were 1 to 3% slower around curves compared to non-amputees.

“To our knowledge, this is the first study to really address all the parts of the race and put it all together,” said co-author Paolo Taboga, an assistant professor of kinesiology at California State University, Sacramento. “Still, we found no advantage.”

The authors presented preliminary results to the Court of Arbitration for Sport in 2020, but the court ruled that Leeper could not participate in World Athletics-sanctioned events, including the Olympics, because his prostheses made him too tall. (In a previous study, published in the journal PLOS One, Grabowski and her colleagues found that height makes no difference when it comes to maximum sprinting speed.)

The researchers said they hope the publication of the new study in a peer reviewed-journal will not only nudge World Athletics to take a closer look at its policies, but also help the rest of the world form an informed opinion. They encourage other researchers to publish more data.