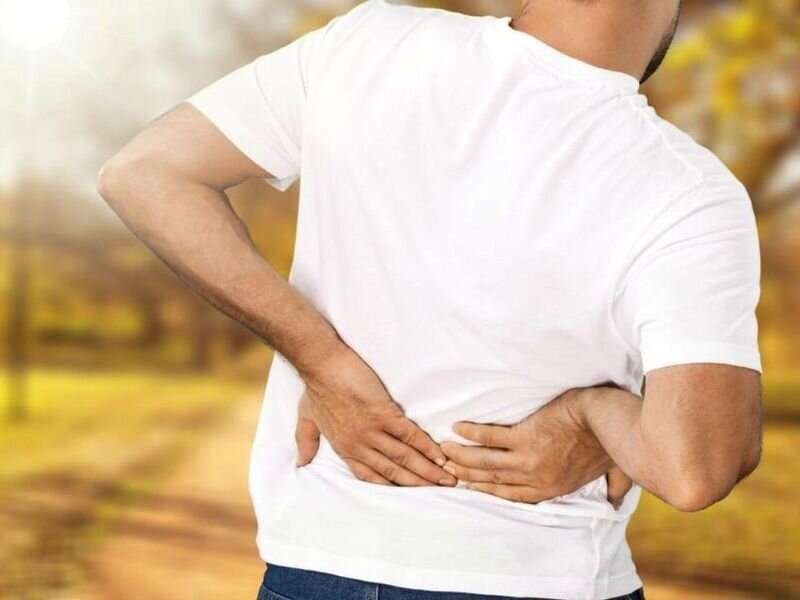 The study, of 20 patients with stubborn low back pain, tested the effects of implanting electrodes near the spinal cord to stimulate it with “ultra-low” frequency electrical pulses.

After two weeks, 90% of the patients were reporting at least an 80% reduction in their pain ratings, the researchers found.

The improvement is striking, experts said. But they cautioned that the study was too small and short-term to draw conclusions.

“That improvement is almost too good to be true, retin a micro for acne ” said Dr. Houman Danesh, who directs the division of integrative pain management at Mount Sinai Hospital in New York City.

Danesh, who was not involved in the study, said the results could be skewed because the patient group was so small. On the other hand, he said, it’s possible the researchers “have really caught onto something.”

Only larger, longer-term studies can answer that question, Danesh said.

It’s not that electrical stimulation, per se, is unproven for back pain: Pain management specialists, including Danesh, already offer the approach to some patients.

It can be done non-invasively, through transcutaneous electrical nerve stimulation (TENS)—where electrodes are placed on the skin over areas of pain, to deliver electrical pulses to the underlying nerves.

Another option is spinal cord stimulation. There, doctors implant electrodes near the spinal cord, along with a pulse generator that is placed under the skin of the buttocks or abdomen. Patients can then use a remote control to send electrical pulses to the spinal cord when they are in pain.

The theory is that the stimulation interrupts the spinal cord’s transmission of pain signals to the brain.

Right now, spinal cord stimulation is reserved for certain tough cases of back pain—for example, when people continue to have pain even after back surgery, Danesh said.

The effectiveness of the approach, though, varies from person to person, and researchers have been looking at ways to refine it.

The researchers started with lab experiments in rats, finding that the electrical pulses blocked most transmissions of pain signals along the spinal cord—in a manner that seems distinct from current spinal cord stimulation techniques.

They then moved on to 20 patients with chronic low back pain, many of whom also had pain running down the leg (commonly known as sciatica). The researchers implanted electrodes in all 20; two patients dropped out due to infection at the surgical site.

Among the 18 patients who finished the two-week study, pain ratings improved by an average of 90%. Nearly all of the patients had improvements of at least 80%.

When the electrodes were removed, patients’ back pain came roaring back, according to findings published Aug. 25 in the journal Science Translational Medicine.

“The pain improvement is dramatic—that’s one of the features of this treatment that we find so impressive,” said senior researcher Stephen McMahon, who directs the London Pain Consortium at King’s College London in the United Kingdom.

That said, McMahon cautioned that the study was small and short-term. Further clinical studies will be needed to define the therapy’s effectiveness and how long it lasts, he said.

One of the strengths of this early study is that it “shows directly a powerful inhibition of pain-related signals,” McMahon noted.

Having identified “such a robust mechanism,” he added, it may be possible to use the technique for a range of conditions other than back pain.

The study was funded by Presidio Medical, Inc., of South San Francisco, which is developing the technology.

Danesh said, “I think this is continuing a trend of a technological jump in the use of spinal cord stimulation.”

However, he stressed, no matter what treatments people use for low back pain, some low-tech fundamentals remain key—namely, addressing bad posture habits and muscle strength imbalances.

Sitting all day, and the resulting weakening of the gluteal muscles (in the buttocks), is a big culprit, Danesh noted.

So strengthening those muscles, along with being generally active, is a must.