Editors at The BMJ have released an urgent request to Facebook’s Mark Zuckerberg and parent company Meta regarding a recent “fact-check” on the medical trade journal’s article about questionable Pfizer vaccine trial practices. 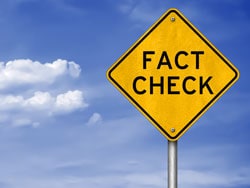 According to an open letter written by outgoing BMJ editor-in-chief Fiona Godlee and incoming editor-in-chief Kamran Abbasi, Facebook hired a third-party contractor to evaluate the article’s findings. This resulted in “inaccurate, avelox dosage for ear infection incompetent, and irresponsible” conclusions that “should be of concern to anyone who values and relies on sources such as The BMJ for reliable medical information.”

The article in question investigated data integrity concerns at Pfizer vaccine clinical trial sites. In September 2020, the letter states, a former employee of the research group involved in Pfizer’s main vaccine trials, Ventavia, reached out to The BMJ and “began providing…dozens of internal company documents, photos, audio recordings and emails.” According to the company’s website, Ventavia “played a significant part in [COVID-19 clinical trial] recruitment” and “has received recognition by Pfizer for their contribution to vaccine trials.”

It was previously reported that the whistle-blower is a former regional director who was involved in Pfizer’s vaccine trials in Texas during the fall of 2020. She alleges “the company falsified data, unblinded patients, employed inadequately trained vaccinators, and was slow to follow up on adverse events reported in Pfizer’s pivotal phase III trial.”

The images provided to The BMJ “showed needles discarded in a plastic biohazard bag instead of a sharps container box” and another displayed “vaccine packaging materials with trial participants’ identification numbers written on them left out in the open, potentially unblinding participants.”

Despite informing Ventavia, the director’s concerns went unaddressed. She then filed a complaint with the US Food and Drug Administration (FDA) and was subsequently fired the same day. The FDA did not investigate the director’s allegations, say Godlee and Abbasi, even though the evidence “revealed a host of poor clinical trial research practices occurring at Ventavia that could impact data integrity and patient safety.”

Article Labeled as “Hoax,” Without Pointing Out Errors

The BMJ hired an investigative reporter to follow up on the clinical trial claims. The findings were published in an article on November 2, 2021, after the article “went through…the usual high level legal and editorial oversight and peer review,” according to the journal.

However, by November 10, the journal began receiving complaints from readers unable to share the article on social media. Others had their posts flagged with warnings, such as “missing context…independent fact-checkers say this information could mislead people.” Administrators of various Facebook groups were notified that posts containing the article were “partly false.”

Readers were informed that Facebook contractor Lead Stories performed the article’s “fact check.” Lead Stories is “an award-winning innovative fact checking and debunking website” and “an active part of Facebook’s partnership with third party fact checkers” — with the latter granting them “access to listings of content that has been flagged as potentially false by Facebook’s systems or its users.” The company says they “decide independently if we want to fact check it or not.”

Lead Stories states that they “can enter our fact checks into a tool provided by Facebook and Facebook then uses our data to help slow down the spread of false information on its platform.” Although the contractor is compensated, Lead Stories claims they have “no say or influence over what we fact check or what our conclusions are.”

Both editors question the validity of the fact check performed by Lead Stories, as it failed to provide any “assertions of fact” as to what The BMJ got wrong. Moreover, the editors take issue with Lead Stories referring to the journal as a “news blog” and using the phrase “hoax-alert” in the URL when publishing the story on its site.

The BMJ has reached out to Lead Stories and Facebook, says the letter, but Lead Stories refuses to “change anything about their article or actions that have led to Facebook flagging our article.” Requests for Facebook to remove the “fact checking” label and allow “readers to freely share the article on [Facebook’s] platform” have been unfruitful.

While “fact checking has been a staple of good journalism for decades,” say the editors, Meta has “apparently delegated responsibility to people incompetent in carrying out this crucial task.” They urge the company to reconsider its fact-checking strategy and review the issues that contributed to the error.

Medscape Medical News reached out to Meta for comment but did not receive a response at press time.

Steph Weber is a Midwest-based freelance journalist specializing in healthcare and law.