Ys 8: Lacrimosa of Dana has finally received its native PlayStation 5 and updated Steam versions, offering higher resolution, framerate, and access to all downloadable content, along with the Japanese-exclusive items from its original launch in 2018. While fans of the series likely already tackled this solid JRPG adventure, this update and release will undoubtedly draw in many newcomers.

There are many systems and mechanics in Lacrimosa of Dana that can trip up newcomers, especially if they are unfamiliar with the series or genre. Luckily, once you learn how to navigate the daunting Isle of Seiren, you will annihilate everything in your path in no time. 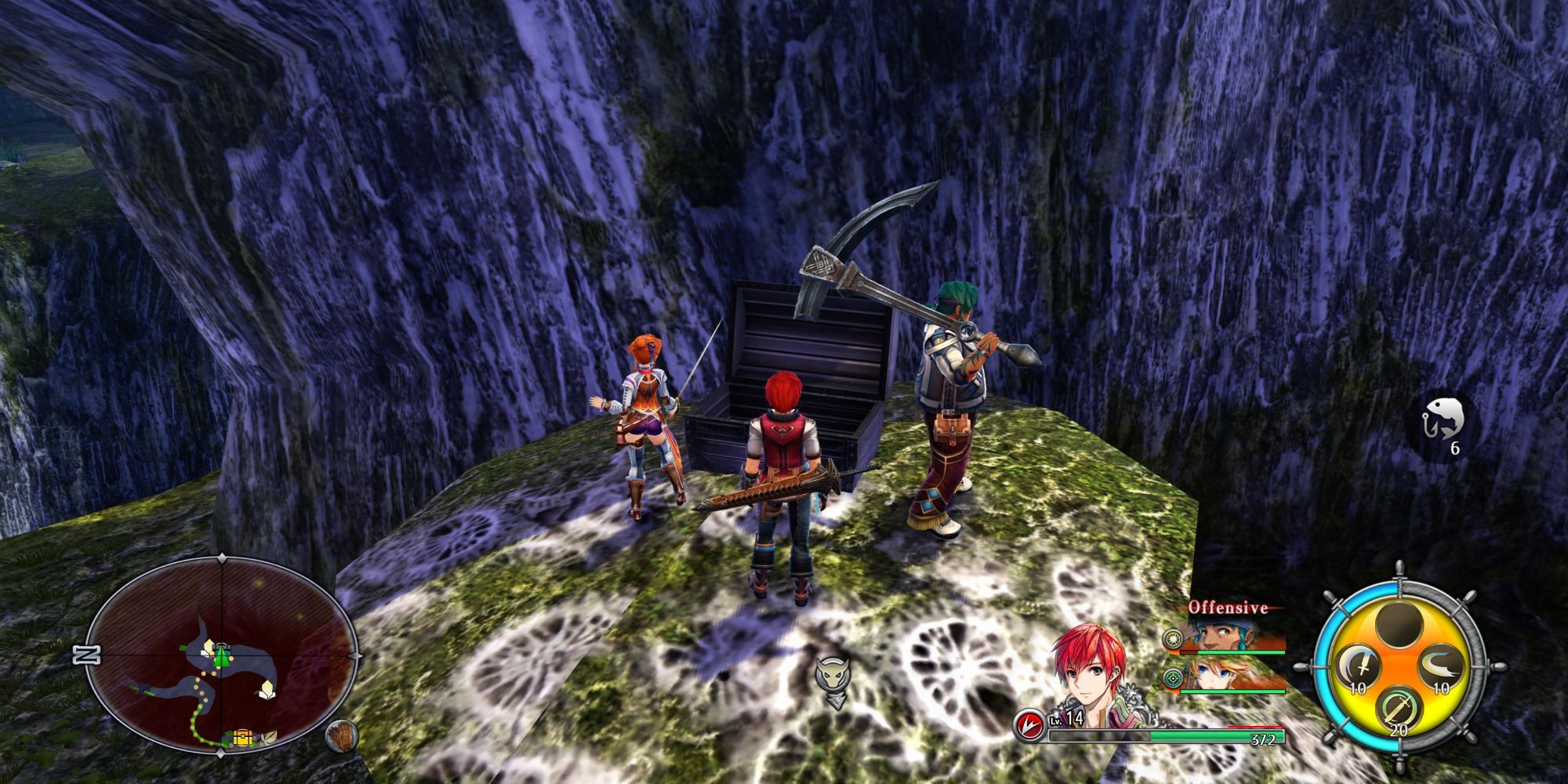 As with most JRPGs, you will be able to explore a vast part of the world after you get through the initial tutorial sections of the game, allowing you to poke around in new areas and gather materials. When you can freely roam the island, take full advantage of it, and go off the beaten path as you will find treasure chests, fishing spots, enemies, and materials that will help you tremendously in your adventures.

Going out of your way to explore and gather materials will net you a decent amount of EXP and allow you to instantly cash in some Bulletin Board requests. Not only that, but you can upgrade your party member's weapons earlier, making you more than prepared for most of the early encounters in the game.

Furthermore, you will obtain unique rewards for mapping the Isle of Seiren. Every ten percent of the map you fill out will grant you an item when speaking to Captain Barbaros at the Castaway Village. The map of Seiren is quite large, so it will take a long while to fully complete it, but the rewards are more than worth the effort and encourage you to explore each area thoroughly. 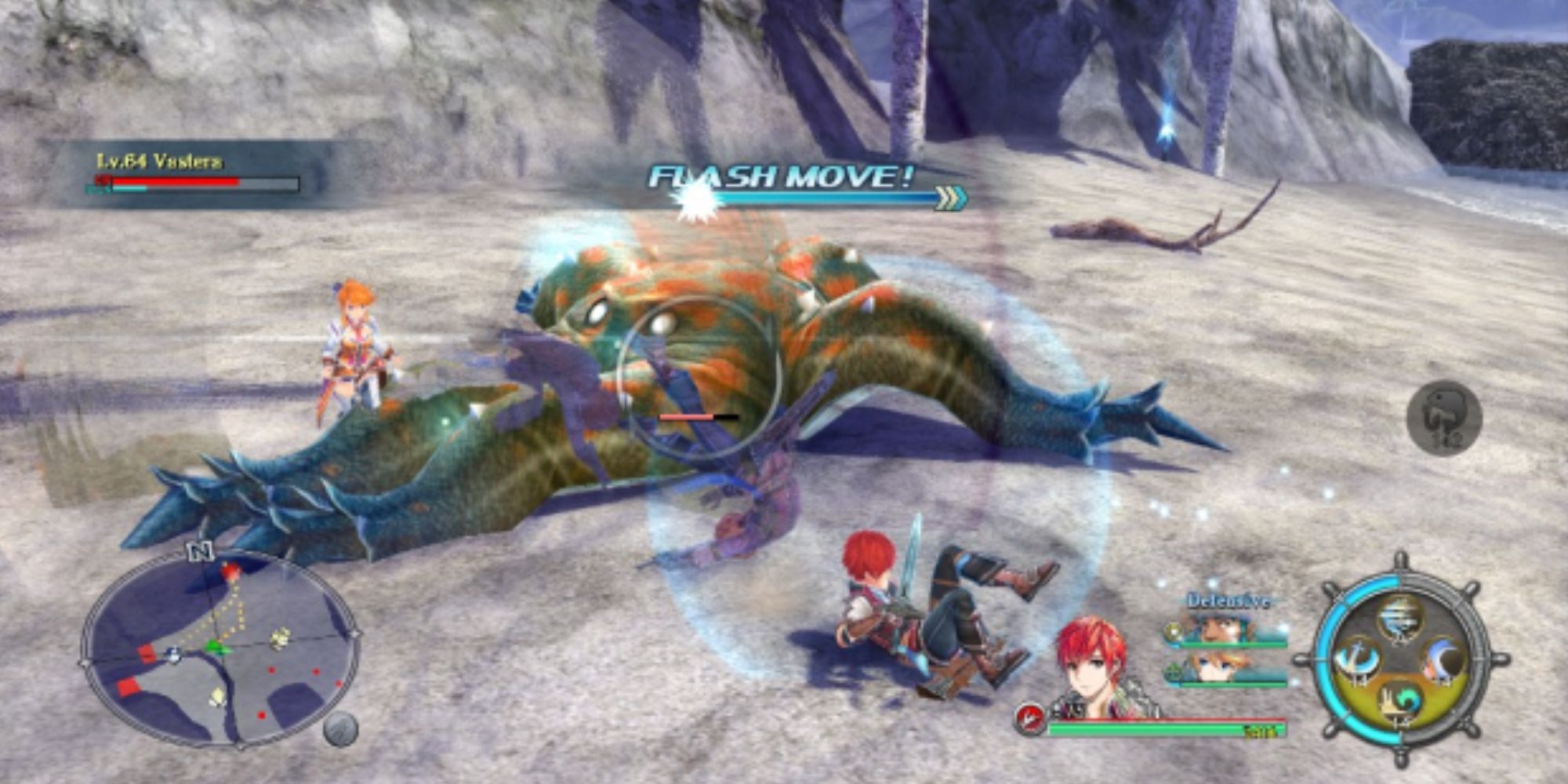 One of the most crucial mechanics in Ys 8: Lacrimosa of Dana is the Flash Move system, which activates whenever you perfectly time your evade to dodge an incoming attack just as it lands, leading to the time around you slowing, allowing you to land several uncontested attacks in a short window.

Aside from the obvious advantages in terms of damage, you should always try to land a Flash Move on new enemies, as it will help you learn their patterns and allow you to make quick work of them whenever you encounter them. However, you might not always want to perform a Flash Move, especially during more rapid and continuous attacks, as you will get hit during the Flash Move, canceling its effects. 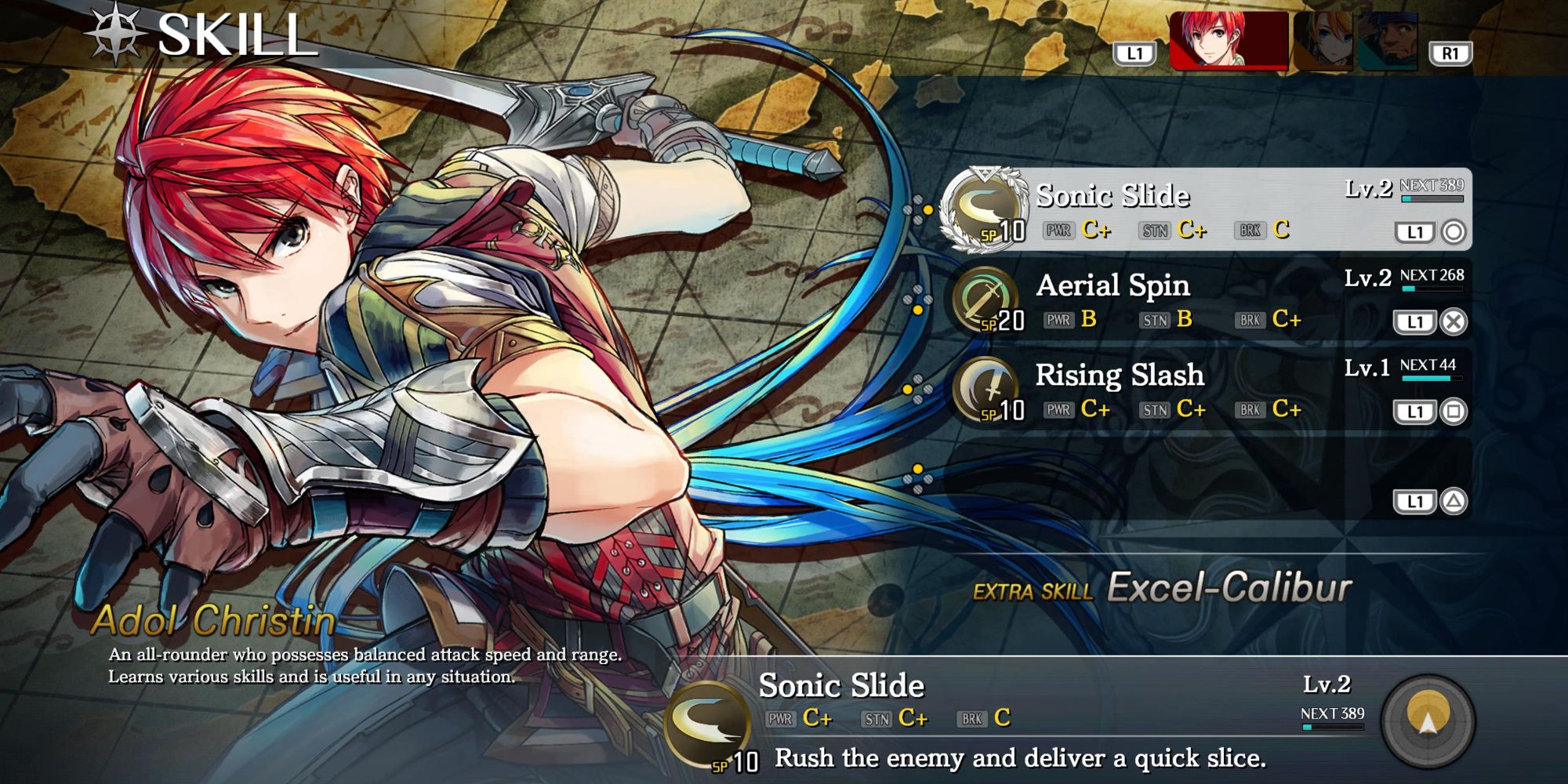 Early in your journey, Laxia and Sahad will join your party, allowing you to switch to them in and outside combat encounters. Whether you switch to them during battle or not, they will gradually earn experience and unlock different Skills. However, they will not have access to these Skills until you equip them for them, which can leave tons of damage on the table if you forget or are unaware of the process.

To equip Skills on your party members, open the menu and select the "Skills" tab. Once here, you can cycle through everyone you have recruited into your party and set up to four Skills. Additionally, the more a Skill is used in combat, the more EXP you earn towards that Skill, allowing you to level it up and make it more powerful.

We strongly recommend taking control of your party members often when in combat, as you will be able to use their powerful Skills and level them up. Additionally, some enemies will have weaknesses to certain types of attacks, and being able to freely switch to a member of your party that deals that damage type is tremendously beneficial and comes in handy. 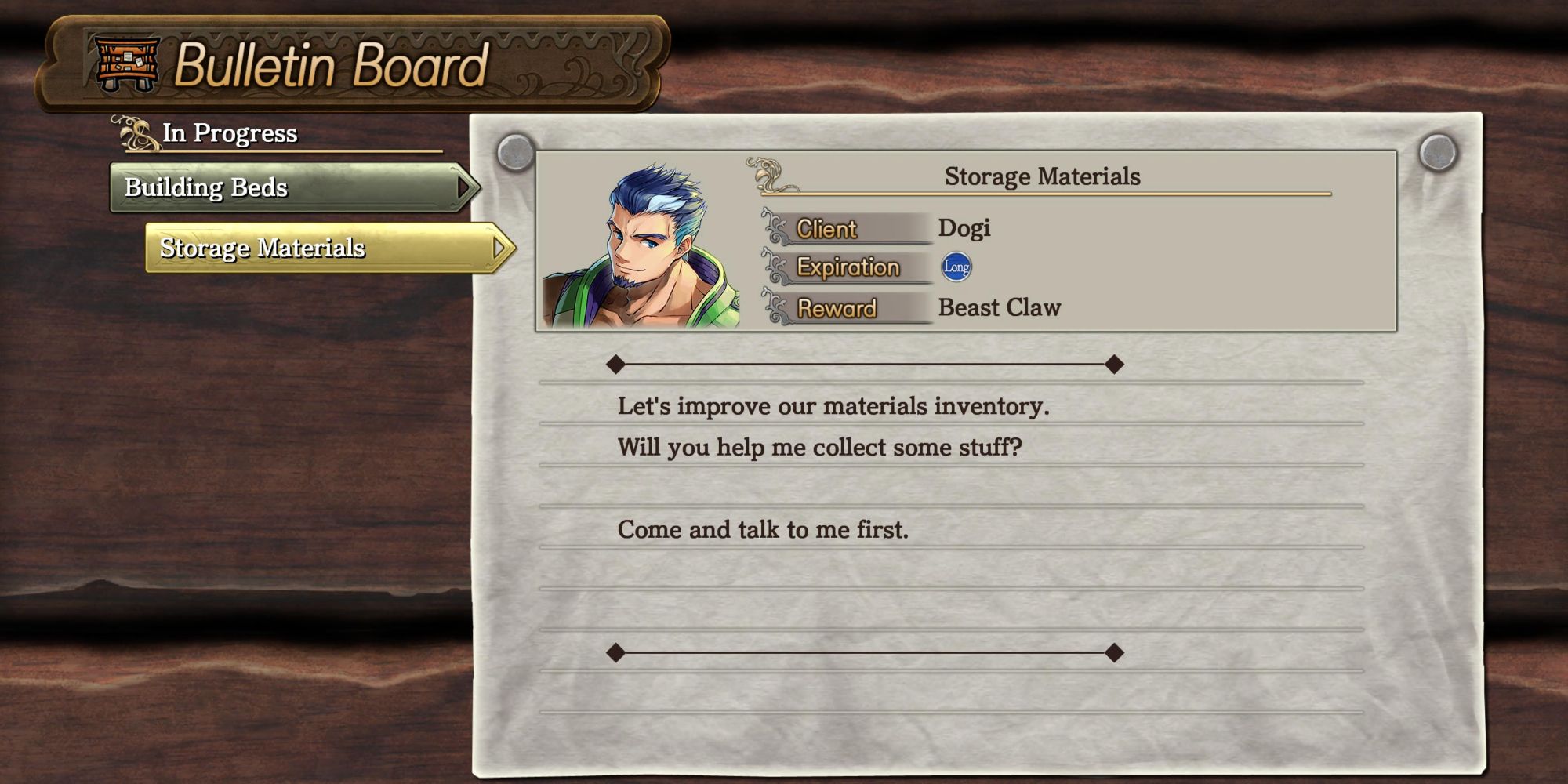 There are nearly forty Bulletin Board quests in Lacrimosa of Dana, which offer a wide variety of rewards for completing them, making them worth the effort. Some Bulletin Board quests will expand some of the shops set up around the Castaway Village, others will give you new recipes, and some will even net you stronger weapons, so we suggest checking the board often.

The vast majority of Bulletin Board quests are likened to fetch quests, but they shouldn't be all bad if you've been exploring and gathering resources anytime you stumble upon them or into a new area. While there are more involved ones, such as defeating a pack of Graduna, most will be obtaining resources and turning them in to expand the Castaway Village for unique and powerful items.

That being said, some Bulletin Board quests will require materials you may not have access to yet, meaning you can accept them but won't be able to complete them until a bit later. Still, taking them on as they become available will allow you to tackle them as soon as possible and exchange them for unique rewards that will significantly help you. 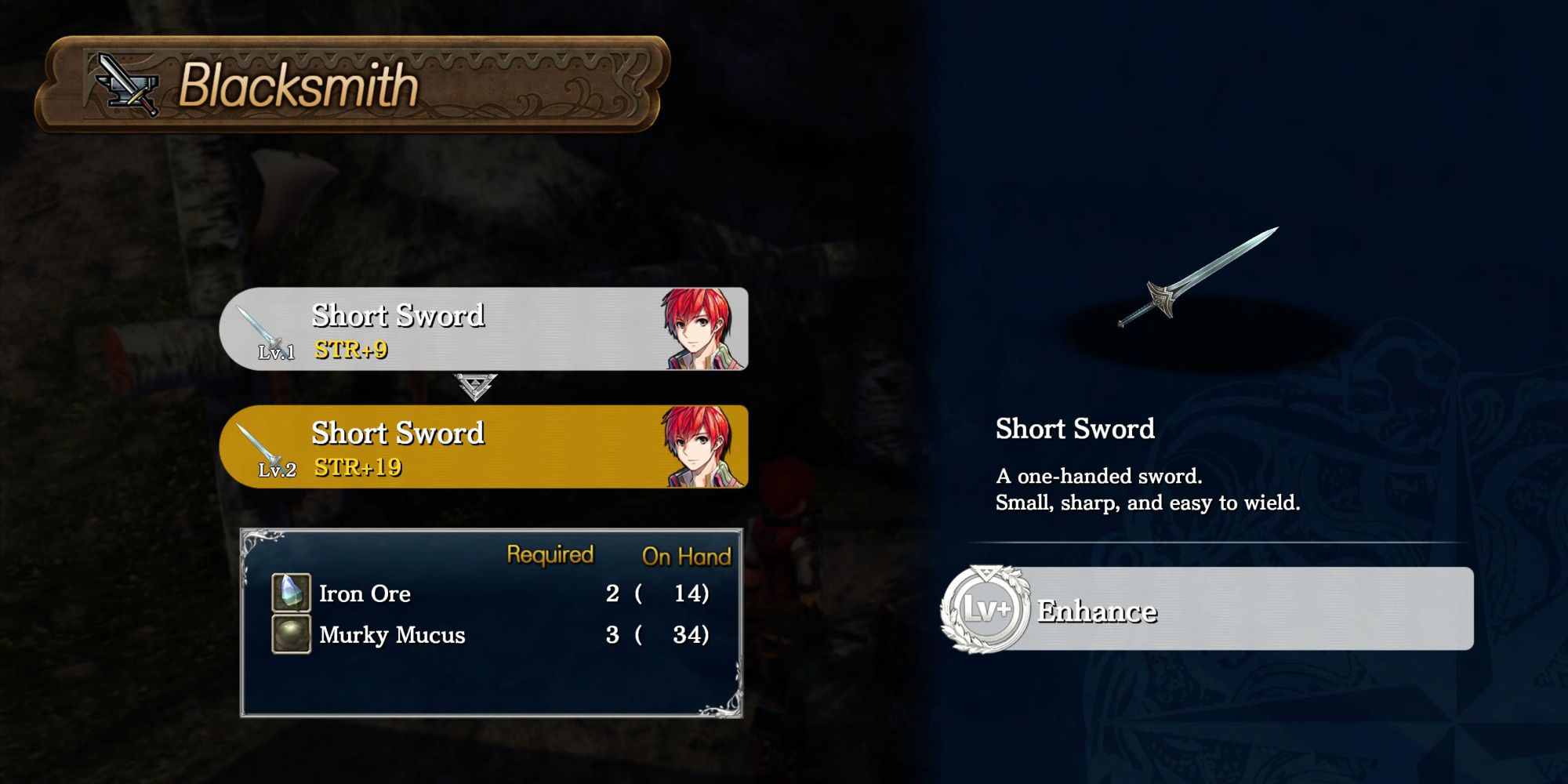 After you discover the Castaway Village and it gains its first facilities alongside the Bulletin Board, you will have access to the forge, which is the anvil at the top of the incline beside the cave entrance. Interacting with it will allow you to upgrade weapons for you and your party members. At this point, only Laxia and Sahad will be in your party, but you can upgrade two of the three starting weapons to level three (their max), giving you a significant buff in your damage output.

You will only need Iron Ore and Murky Mucus to upgrade each starting weapon and should have enough to max out two of the three available. For this, we recommend increasing Adol's Short Sword and Laxia's Rapier to level three and getting Sahad's Heavy Anchor as close as possible (you should be able to increase it to level two here). This will substantially improve your overall damage output, making some of the starting areas much more bearable. Especially some of the boss encounters.

Don't Be Afraid To Farm 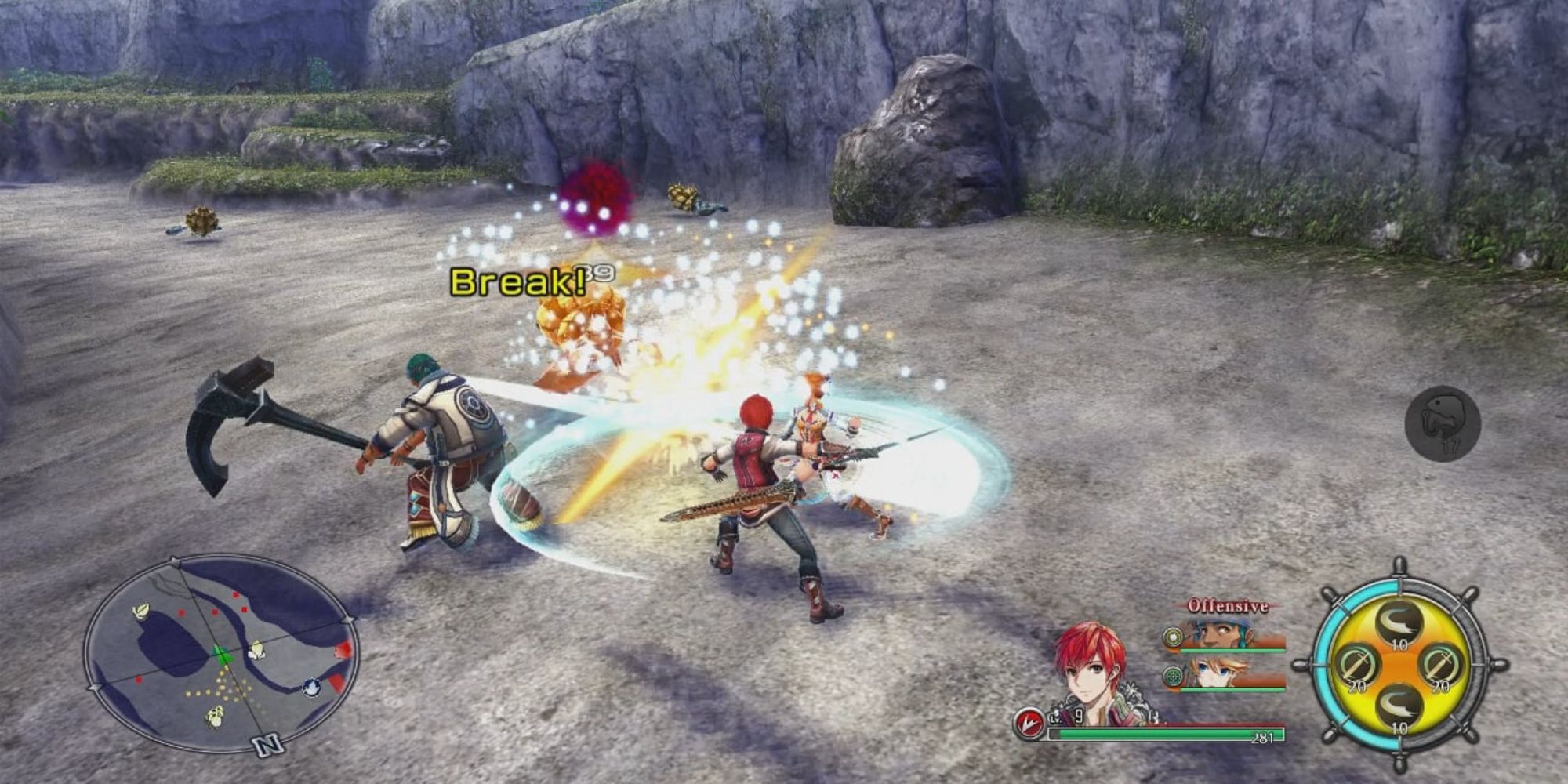 Lastly, farming is a solid strategy in every JRPG, and you shouldn't be afraid to take advantage of it in Ys 8: Lacrimosa of Dana. In many cases, leaving an area and reentering it will respawn the enemies, allowing you to rack up quite a bit of EXP for you and your party relatively early on and even level your Skills alongside it. While this method will be too tedious for some to do for long periods of time, we recommend doing it if you are stuck on a boss encounter or feel underpowered in certain areas.

Clear an area of its enemies, leave, return, and repeat is too simple of a strategy not to take advantage of, especially when some areas have stronger enemies that will net you some pretty decent EXP in the early goings. Not only is farming EXP a solid strategy, but it will also allow you to familiarize yourself with your party's Skills and find ways to create combos with them, offering clever juggles and stun locks.

This is also an excellent way to focus on leveling your Skills, which can take quite some time to do naturally as you progress through the game. Though, whenever you reach the point where you're one to two-hitting the enemy, you won't get nearly enough EXP towards your Skills to make it worthwhile, forcing you to move onto different areas with stronger enemies.