Yakuza: How Goro Majima Became The Mad Dog Of Shimano

Yakuza 0 is the prequel to the Yakuza series, taking place before any of the events of the other games. As such, we see characters as vastly different versions of themselves in this entry to the series compared to other ones.

Most notably of this lot is Goro Majima, who is the coprotagonist of Yakuza 0 with Kazuma Kiryu. However, Majima's appearance is much different in Yakuza 0 than in the rest of the Yakuza games. In this entry, Majima is the Lord Of The Night, but by the time the events of the first Yakuza start, he's known by a much different name: The Mad Dog Of Shimano. 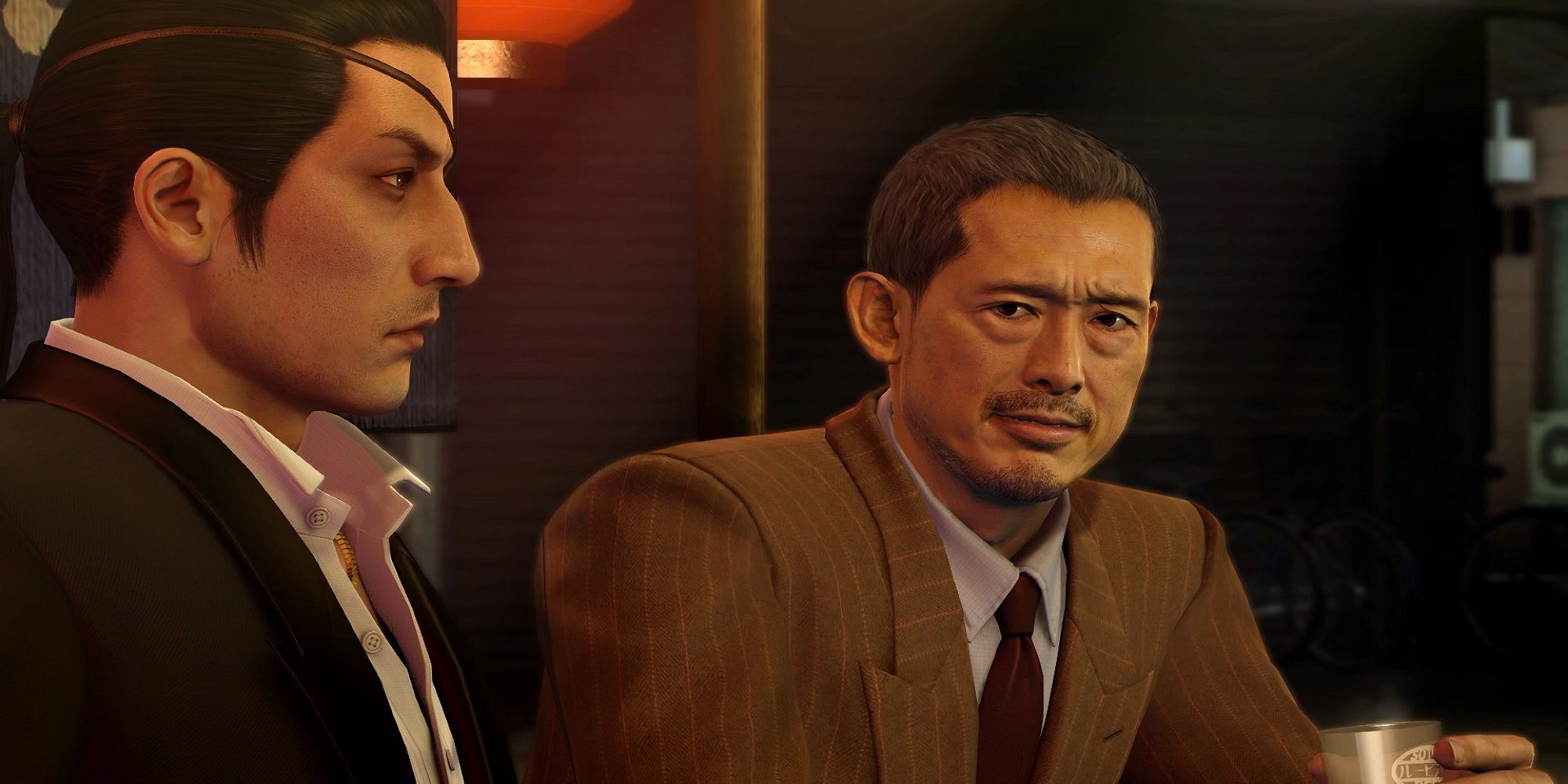 After not following direct orders forbidding him to carry out an assassination, Majima is punished and tossed into a prison (known as The Hole) where he would be tortured. This is where he also loses an eye for his disobedience. Ultimately, Majima would be released, but banished from the Shimano Family, and put under the watch of Tsukasa Sagawa. It was then Sagawa who gave Majima the task of managing the Cabaret Grand, telling him that if he earned 100 million yen, he would be brought back into the family.

Things get muddier when Sagawa shows up and increases the needed profit to 500 million yen. However, he is given another option to clear the debt, assassinating a person named Makoto Makimura. This leads to the main events of Yakuza 0 and also starts Majima's journey to his breaking point. Majima was lied to about Makoto's background because he is told that Makoto was a man that was guilty of heinous things. However, it turns out Makoto is a blind woman, and Majima decides to help her rather than kill her. Things look good until their plan is discovered, and Makoto is taken away.

After a raid on Camellia Grove where Makoto is believed to be located (hinting at Kamurocho as Majima's best bet in locating her), Majima is summoned to meet with Shimano upon arrival in Kamurocho. Here Shimano reveals that he and Sagawa were manipulating him from the start. Shimano knew that Majima wouldn't kill Makoto, and wanted to ensure he didn't have a will to kill and humiliate him with the fact. He sought to receive the title deed for an empty lot to rise to power, as whoever had the deed would easily rise up within the Tojo Clan due to how important it was to the clan.

This tips Majima over the edge, seeing he was nothing but a pawn in Shimano's game. It's at this point he stops working with Sagawa, regardless of the consequences, and begins to take matters into his own hands. During his last meeting with Sagawa during the Makoto situation, Majima demands they leave her alone, and will do anything to protect her. He storms off to Dojima Headquarters to go save her, leaving a stunned Sagawa behind. This is the first time Majima is described as "having the eye of a mad dog," something that would become his moniker at the end of the events of Yakuza 0. 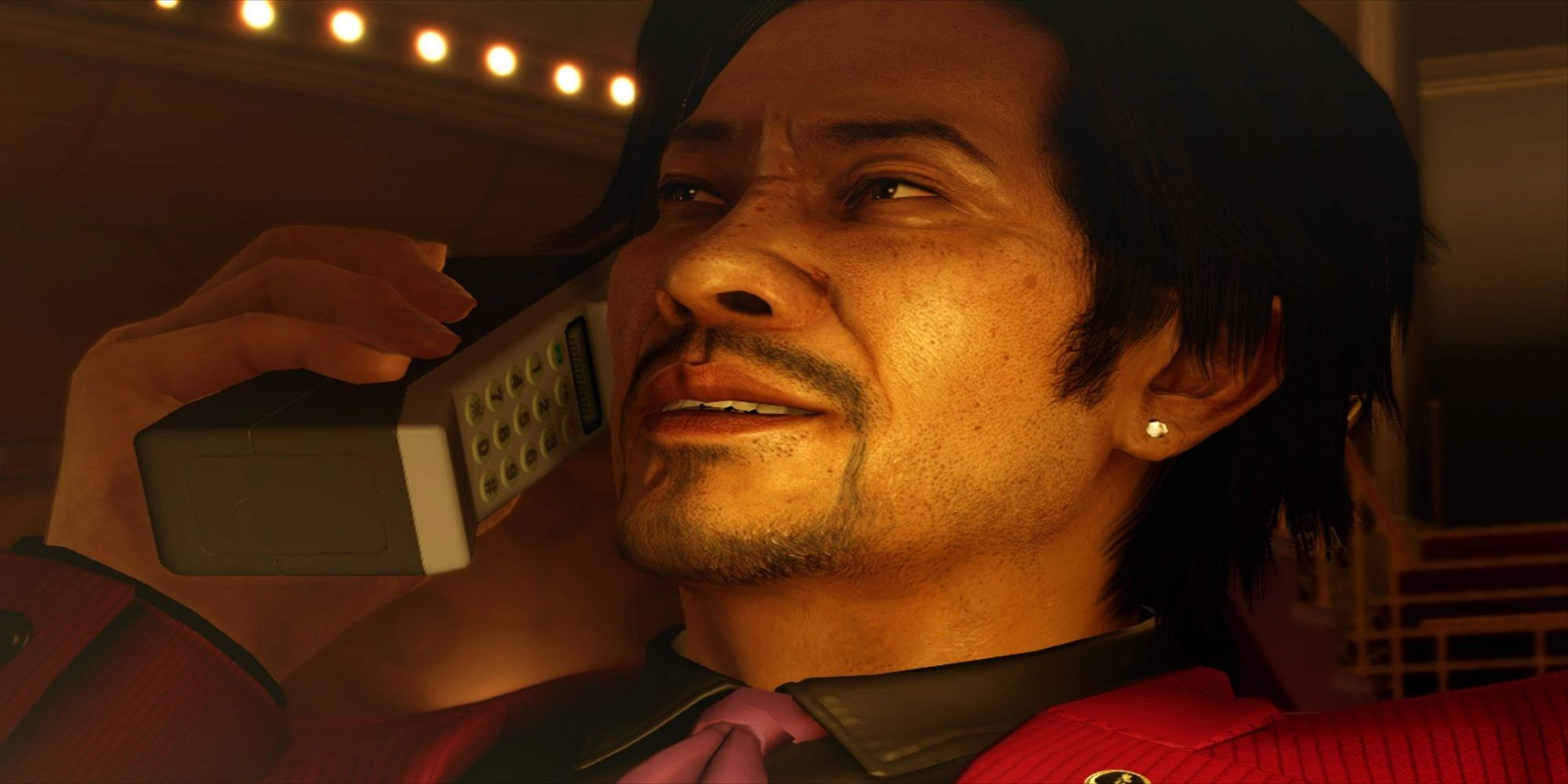 Majima met a few shares of people during the Makoto situation, all of which had a lasting impact on the persona and life he chooses to leave after the events of Yakuza 0 reach their end.

The most apparent of these inspirations is Homare Nishitani. He reveals himself to Majima after discretely helping it appear that the Makoto hit was carried out successfully, inviting Majima back to the Grand where he rented the whole thing out for himself. He is shown to be doing things of his own volition, no matter how asinine it may seem. Nishitani even goes as far as to call the cops on himself, just to get Majima to fight him (just like how Majima goes through a bunch of hoops just to fight with Kiryu).

Majima described Nishitani as a "man who lived and died like an idiot," but also that his life choices made him a good man, working with Majima to ensure Makoto would be saved. Nishitani died in front of Majima after being fatally shot by a guard, using himself as a body shield so that Majima could escape. 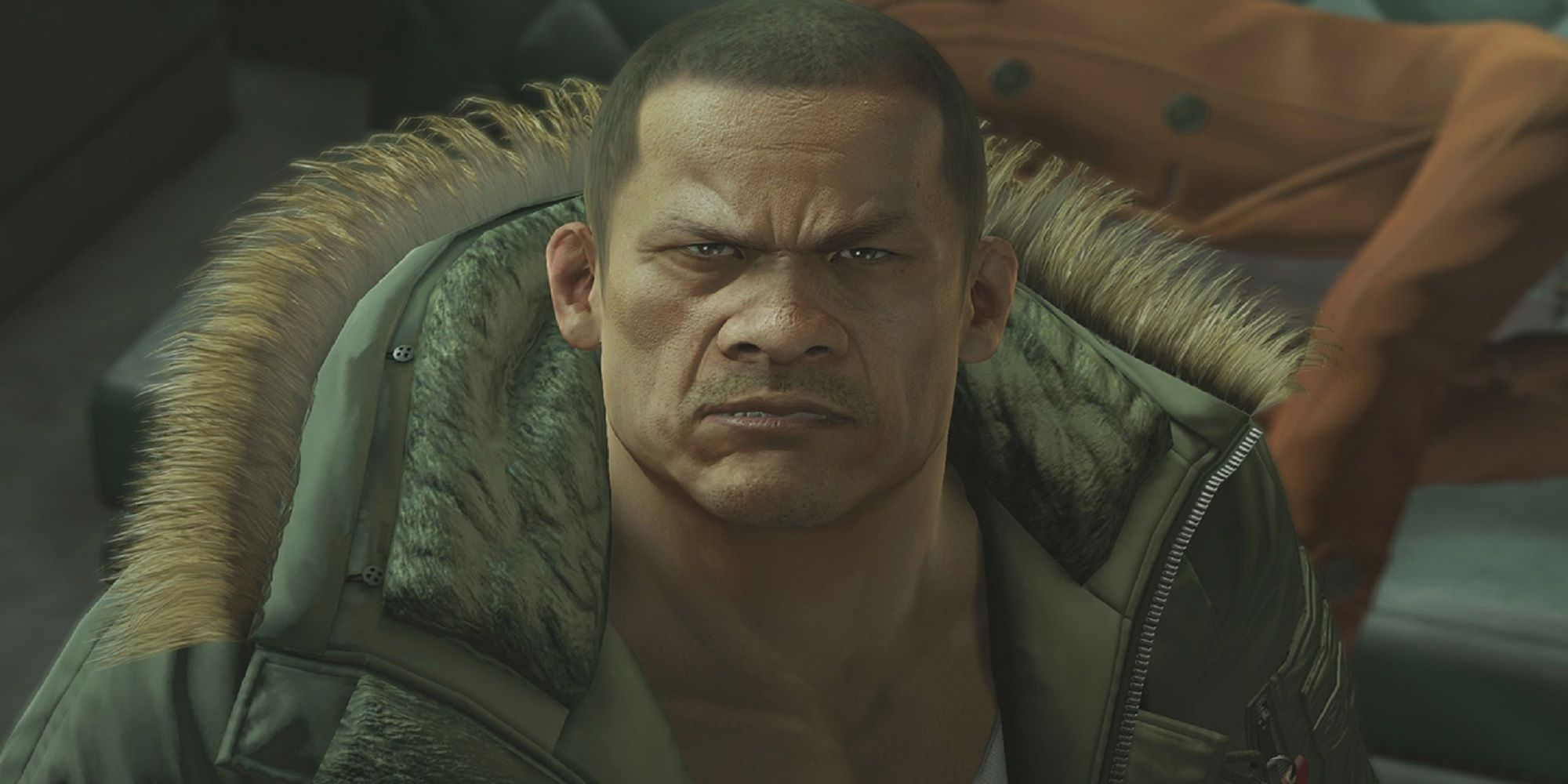 During his initial assassination attempt, Majima crossed paths with Wen Hai Lee. The two fought, with Lee acting as Makoto's protector. After the fight, Lee and Majima agree to work together to protect Makoto's life. The two work closely to stage a fake death and flee the city along with Makoto. Majima forms a lot of respect for Lee and how he stands up for what he believes, even if it means putting a target on his back. This lifestyle is one Majima respected and decided to take on the "live life on his own code" lifestyle to heart.

The Birth Of The Mad Dog Of Shimano 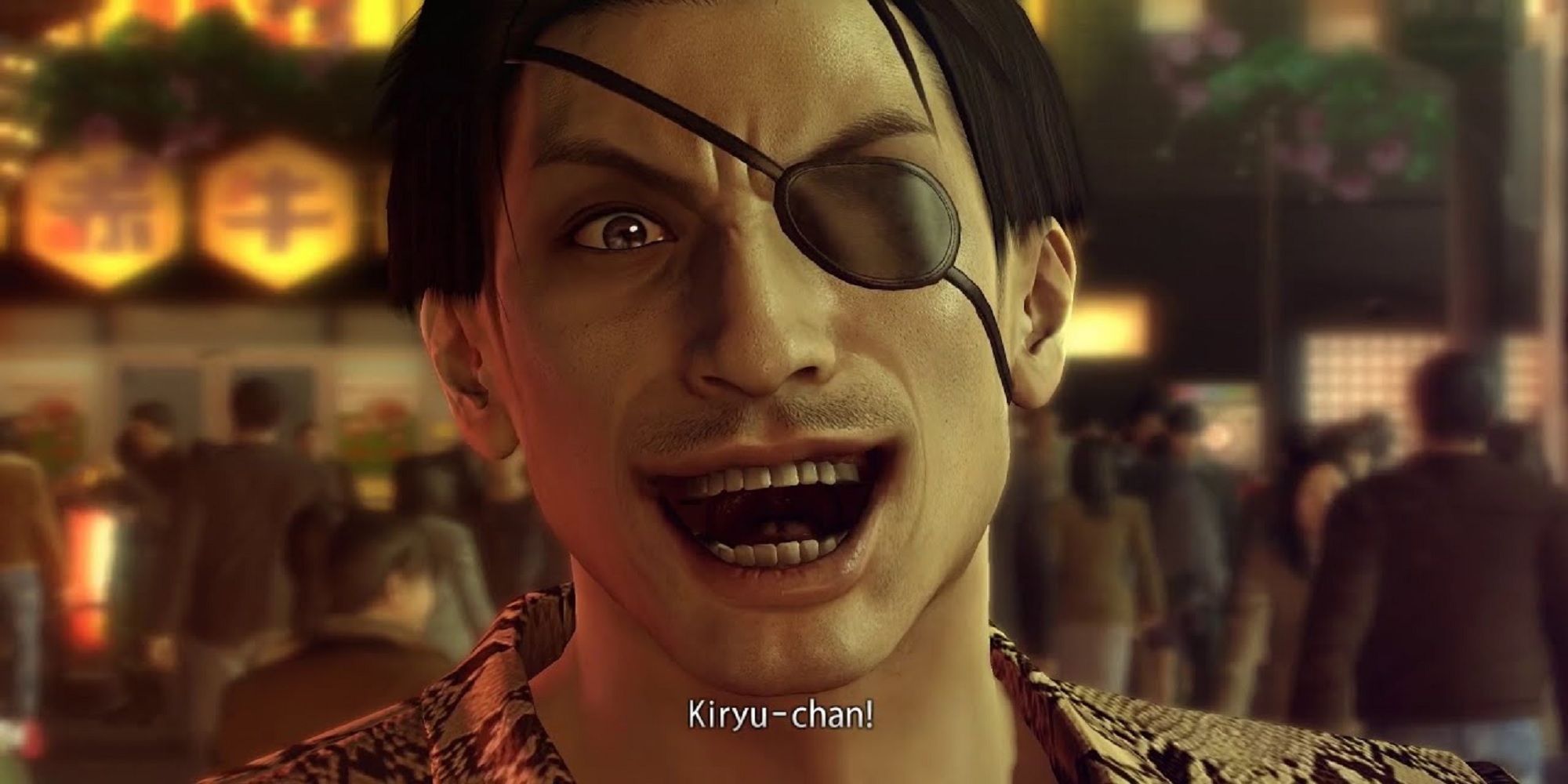 During the ending of Yakuza 0, Majima has a brief conversation with Sagawa, seeing each other as colleagues. Before saying goodbye, Majima compliments Sagawa's tenacity and how he never gave up. Majima is inspired by Sagawa's will as well, declaring "Goro Majima is gonna live life his own way," and how watching Sagawa made him realize how important hanging onto life is.

In the final meeting between the two, the events of the game took a toll on Majima's mind, with him saying that no one has a sense of the difference between right and wrong. Because of this, Majima decides he's going to have more fun with his life, not taking it seriously to avoid being hurt again, saying he's going to "live crazier than any of them."

After walking away from Sagawa, Majima approaches a group of yakuza harassing Makoto. He quickly and silently dispatches them as Makoto watches in fear. Due to her blindness, despite how much Majima helped her during the events of Yakuza 0, Makoto does not recognize him since she's only ever heard him. Tateyama, the doctor who helped treat her blindness, runs over and Majima pulls him aside. There, Tateyama admits he has feelings for Makoto, and Majima tells him to hurry up and tell her that he loves her.

Majima walks away, leaving the two alone as Makoto watches Majima leave, with him never turning back. Despite the feelings Majima had developed for Makoto, he knows that pursuing that relationship would only put her in danger, something he doesn't want her to have to go through ever again. By giving Tateyama his blessing, he shuts that door of his life, truly leaving the old Majima behind with it.

We see the beginning of The Mad Dog Of Shimano when he meets Kiryu face-to-face for the first time, both having been heavily involved with Makoto and the battle for the empty lot. It's there that Majima gives his first signature "Kiryu-chan!" in his new, much more manic voice, starting a long and complex friendship with Kiryu.

Throughout the rest of the series, this version of Majima is the one we've seen. After being used as a tool for so long, Majima decides he doesn't want to fall into the same game again and decides living life as mad as he can is the best way for that.