Xenoblade Chronicles 3: 7 Stunning Locations You Have To See

The Xenoblade franchise is no stranger to having gorgeous environments, and Xenoblade Chronicles 3 proudly carries the torch forward with some of the most beautiful settings in the series. From the moment the game opens up until you roll credits and beyond is an absolute treat that makes you wonder how they pulled off some of these visuals.

While there are moments where the hardware feels like it is clearly holding some aspects of the game back both performance-wise and visually, Monolith Soft has still found a way to make the game stunning and impactful, having every moment they need to land do so with elegance and style in a manner they can only pull. 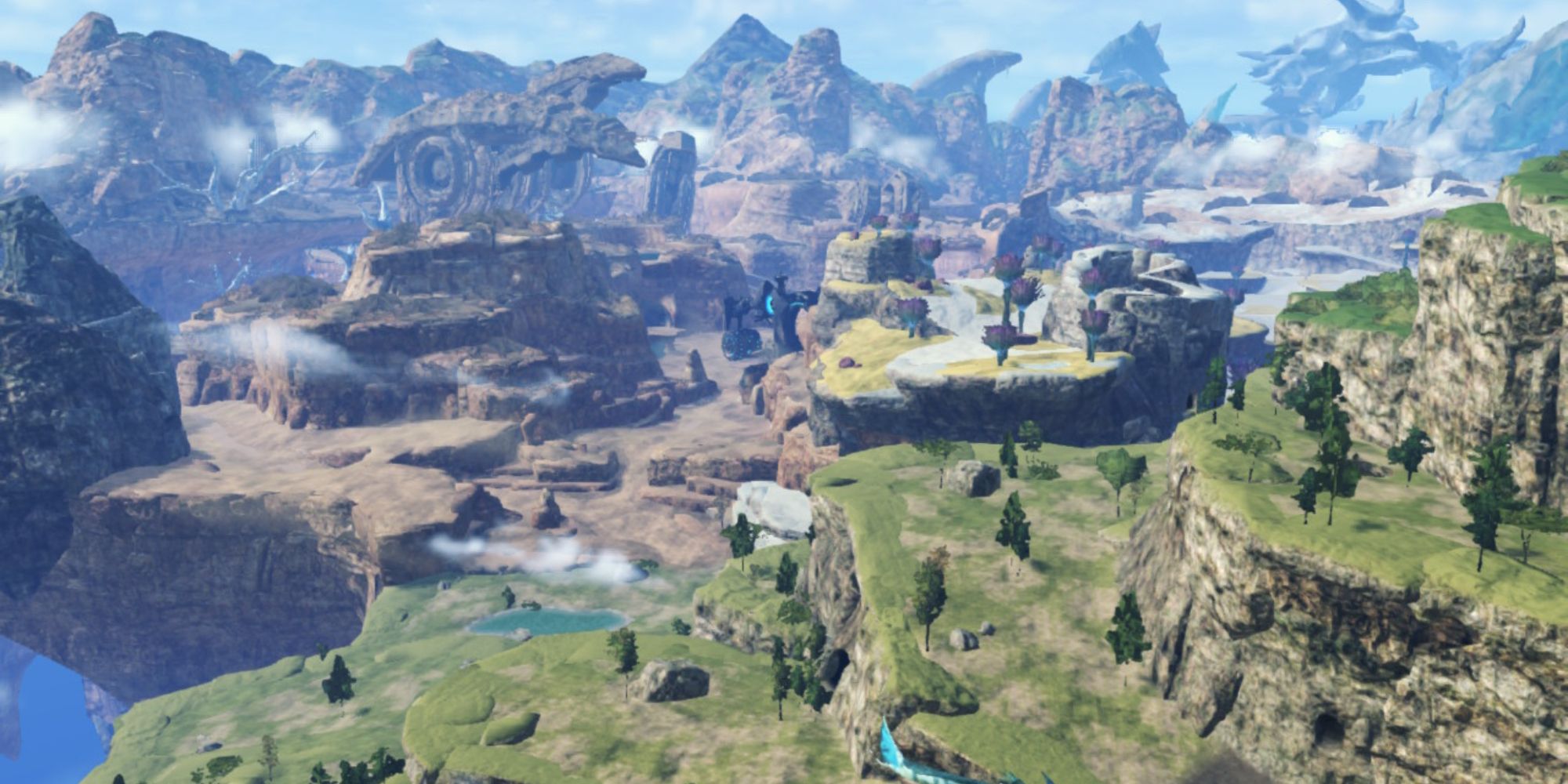 Depending on how well you like to explore, the Forerunners' Tower might be the first Secret Area you discover in the Fornis Region, rewarding you with the vast landscape of the grasslands and deserts you have trudged through for countless hours at this point. When you first stumble upon this area, taking a moment to take in the scenery can be hard due to the high-ish leveled monsters and adventurous drive to keep moving forward.

Nonetheless, we recommend seeking this spot out if you haven't found it yet and revisiting it if you quickly discovered it and bounced to complete a quest or farm enemies. The spectacular view allows you to appreciate just how much you have traveled and accomplished during your journey thus far, which is always a tremendous feeling in games. 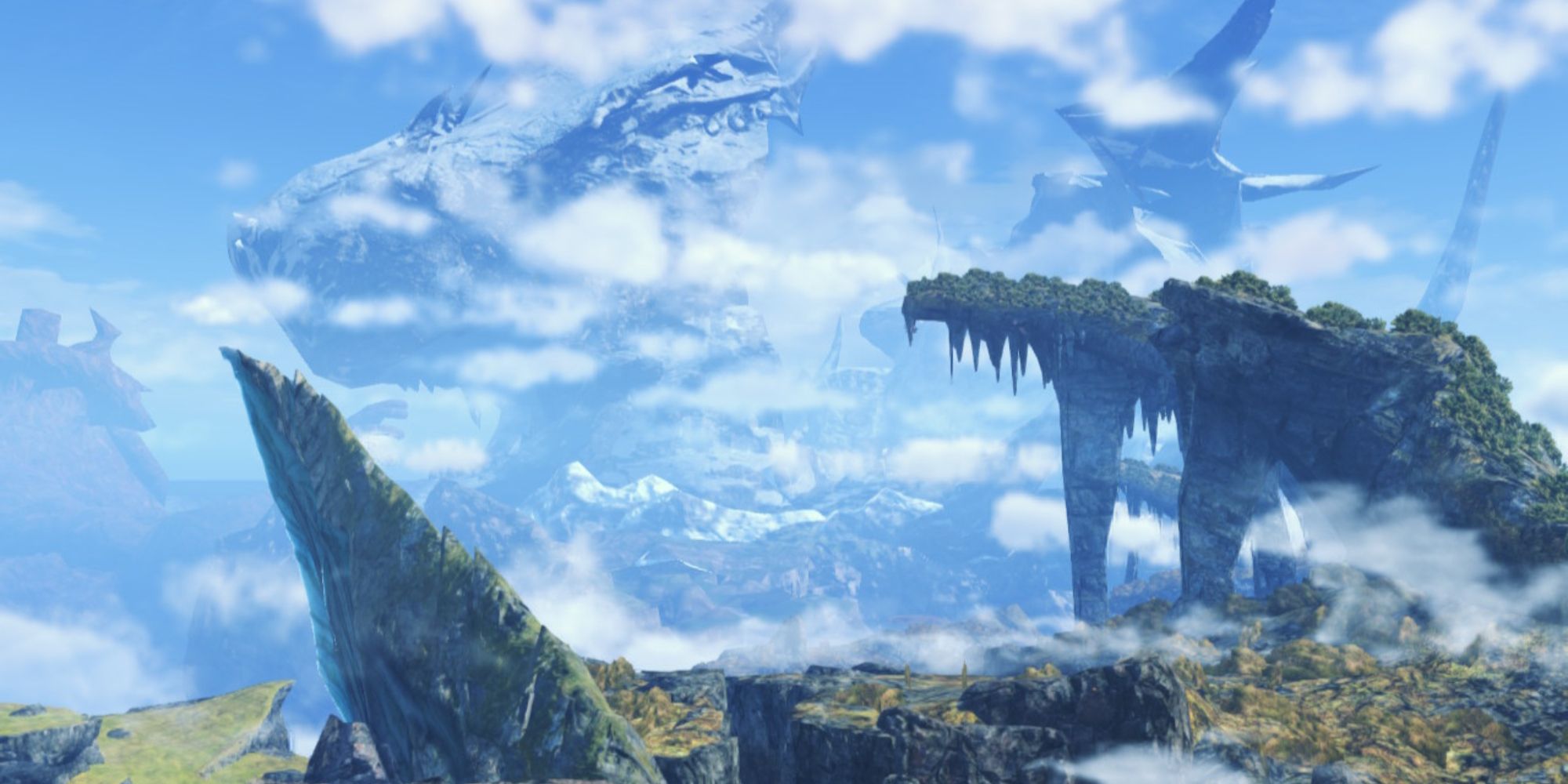 Speaking of spectacular views, next up is Teach's Spot, which he shows you before promptly trying to kill you and your friends. But, besides that, you can see why he frequently comes here to clear his head and find peace. It also turns out that Teach isn't all that bad of a guy, which makes this location that much better as you can revisit it anytime you like without fearing for your life whenever you just want to relax.

Furthermore, this is one of the best vantage points in the game where you can see Uraya being pierced by the Broken Sword of Mechonis. This area is remarkable in pretty much every way, and Teach is not alone in coming here often to clear his head, which is precisely what we did after Chapter Five obliterated us. 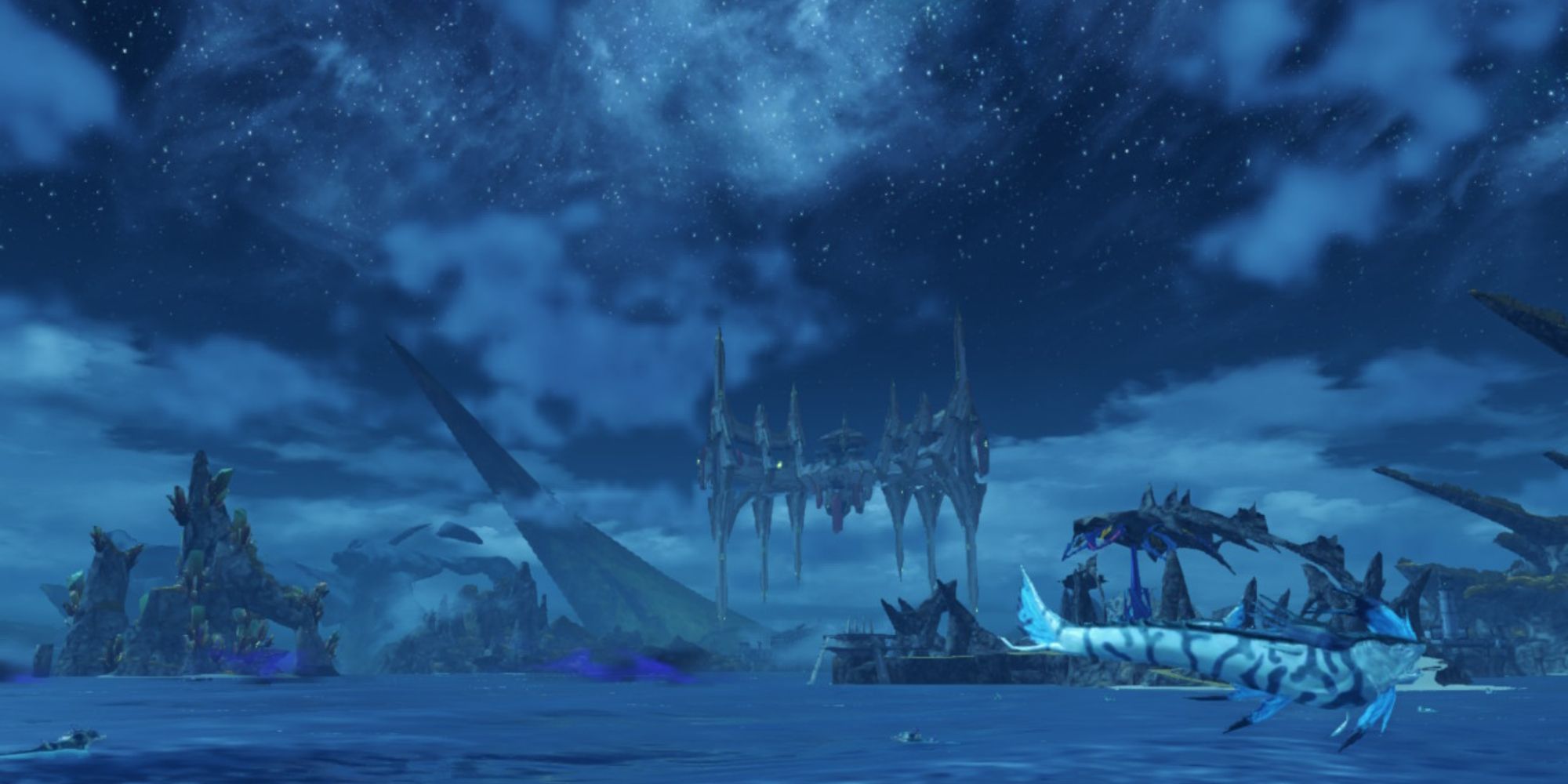 A nightmare to navigate but a stunning sight to take in is the seemingly never-ending Eryhia Sea. Oddly, where this region shines the brightest is during the night, as you will see tons of stars, northern lights, and the moon's glow illuminate the sea and surrounding areas. It's a marvelous sight, and the water makes for a calming backdrop. That is, if you can block out the horrendous monsters.

Even if this entire region is remarkably obtuse to explore, it is undoubtedly one of the best-looking places in the game. You will be here quite frequently for side-quests and the main story, which makes the stunning views that much more enjoyable and a nice way to take a breather from all the chaos that transpires from the moment you arrive here and beyond. 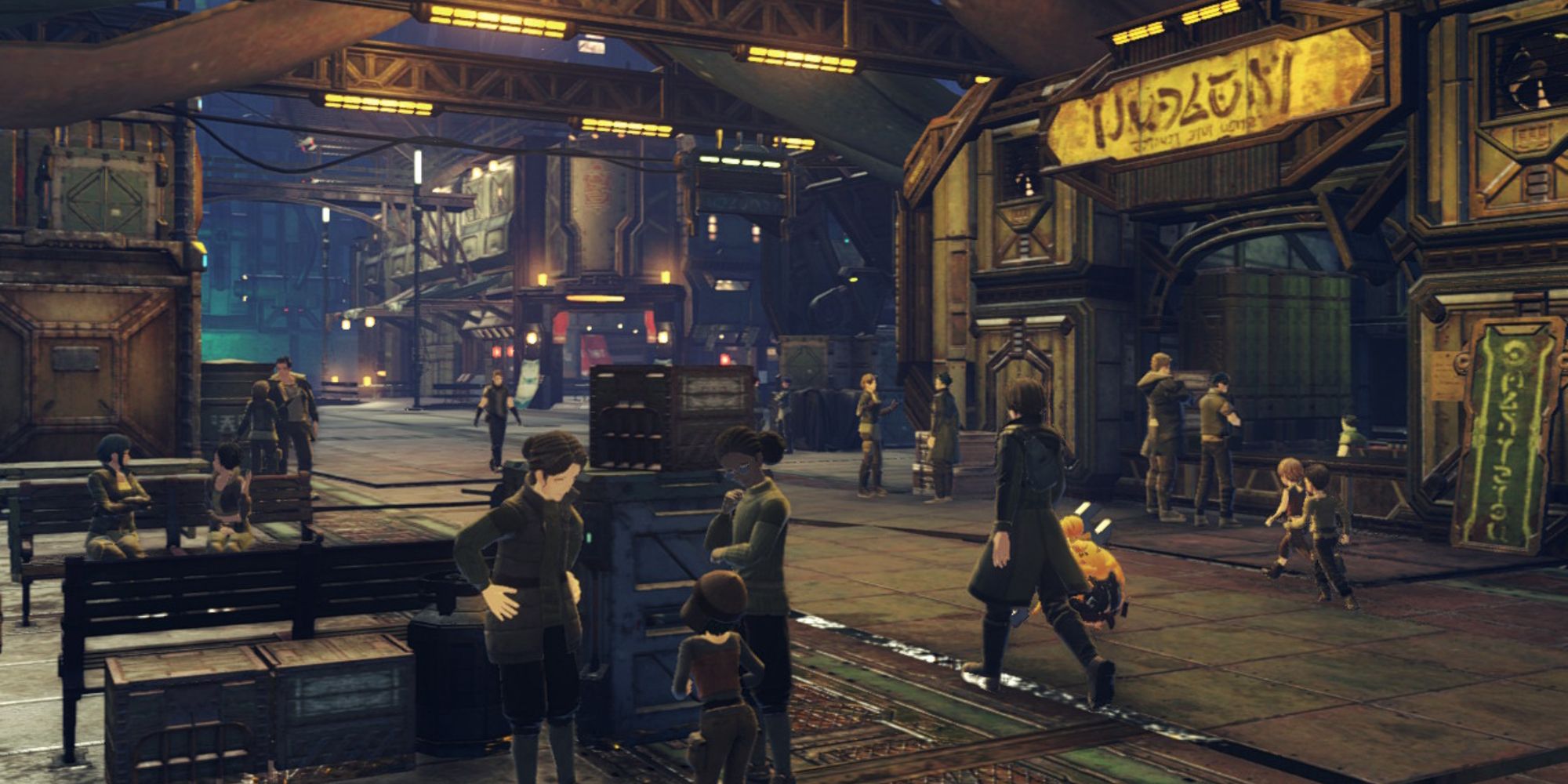 In most other games, this City would be considered okay at best, but it just feels and looks so warm and welcoming in Xenoblade Chronicles 3 that it needed its place in the spotlight. Throughout most of your journey, you are visiting Colonies that more or less look and function the same way, with some minor differences here and there. Then, several dozens of hours later, you arrive in the City, where your entire perspective shifts.

This City is hope, plain and simple, and is so expertly presented to you that you cannot stop smiling from the moment you enter it. The moment-to-moment interactions, *that* sequence and much more make this one of the best and most precious areas in the entire game. Reaching the City is where some of the most crucial moments and character developments happen, and that alone makes it worth showcasing in all of its janky glory. 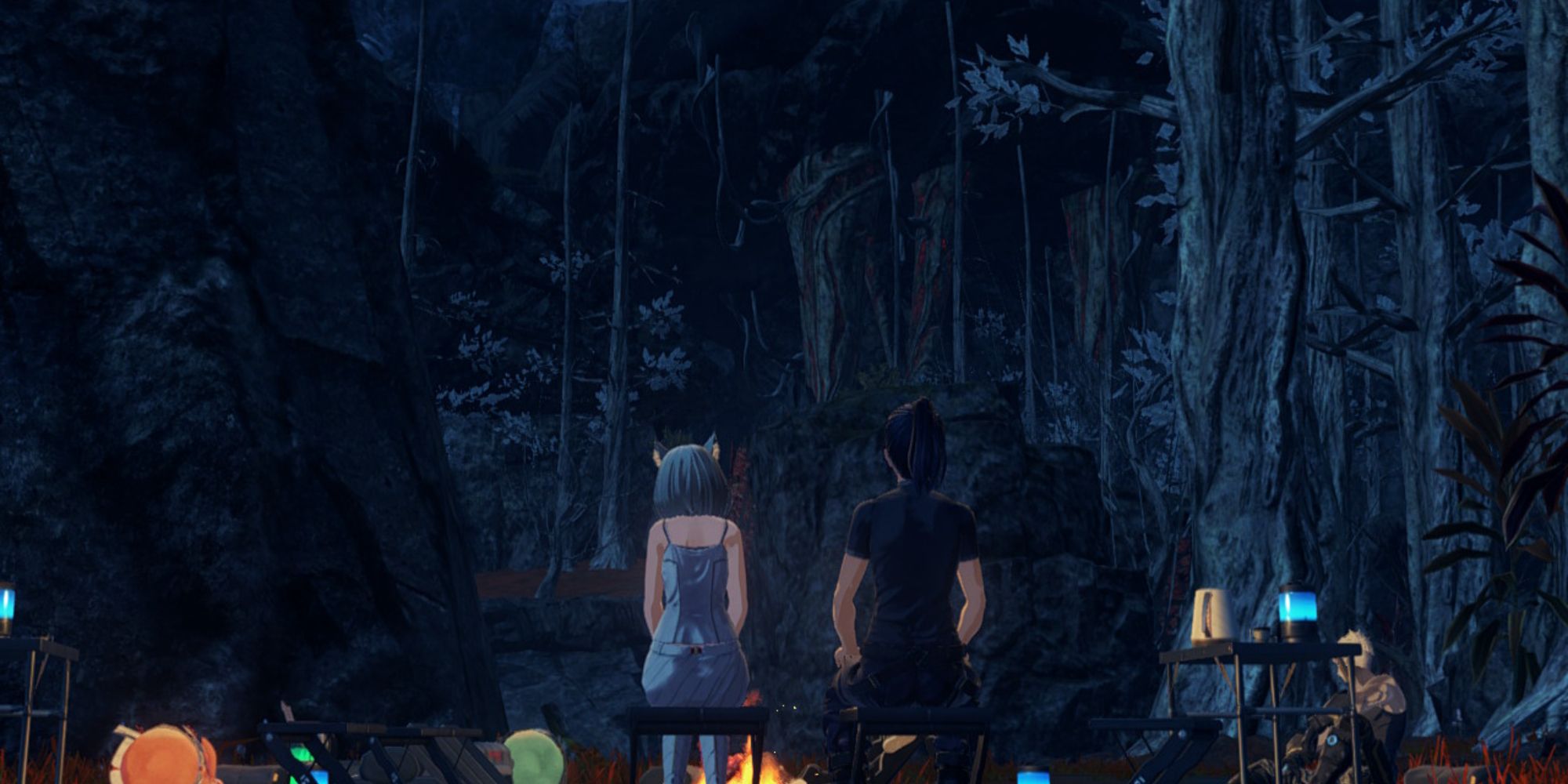 Gura Flava Camp is where everything begins and where the two opposing forces meet and face off in an epic duel before joining forces and becoming the unstoppable force that is Ouroboros. Even as an early game area, this place will always stand out above some of the others. The red grass, the crackling fire, and the motes of light floating up towards the heavens as two strangers see off the fallen is a raw and powerful moment to start your adventure as outlaws.

Revisiting this area later in the game is also oddly nostalgic, as you most likely haven't been back here for forty to sixty hours. This is the turning point of your adventure, where the tale of the Ouroboros we know and love is formed. And it's all heightened by the beautiful landscape and splashes of color. 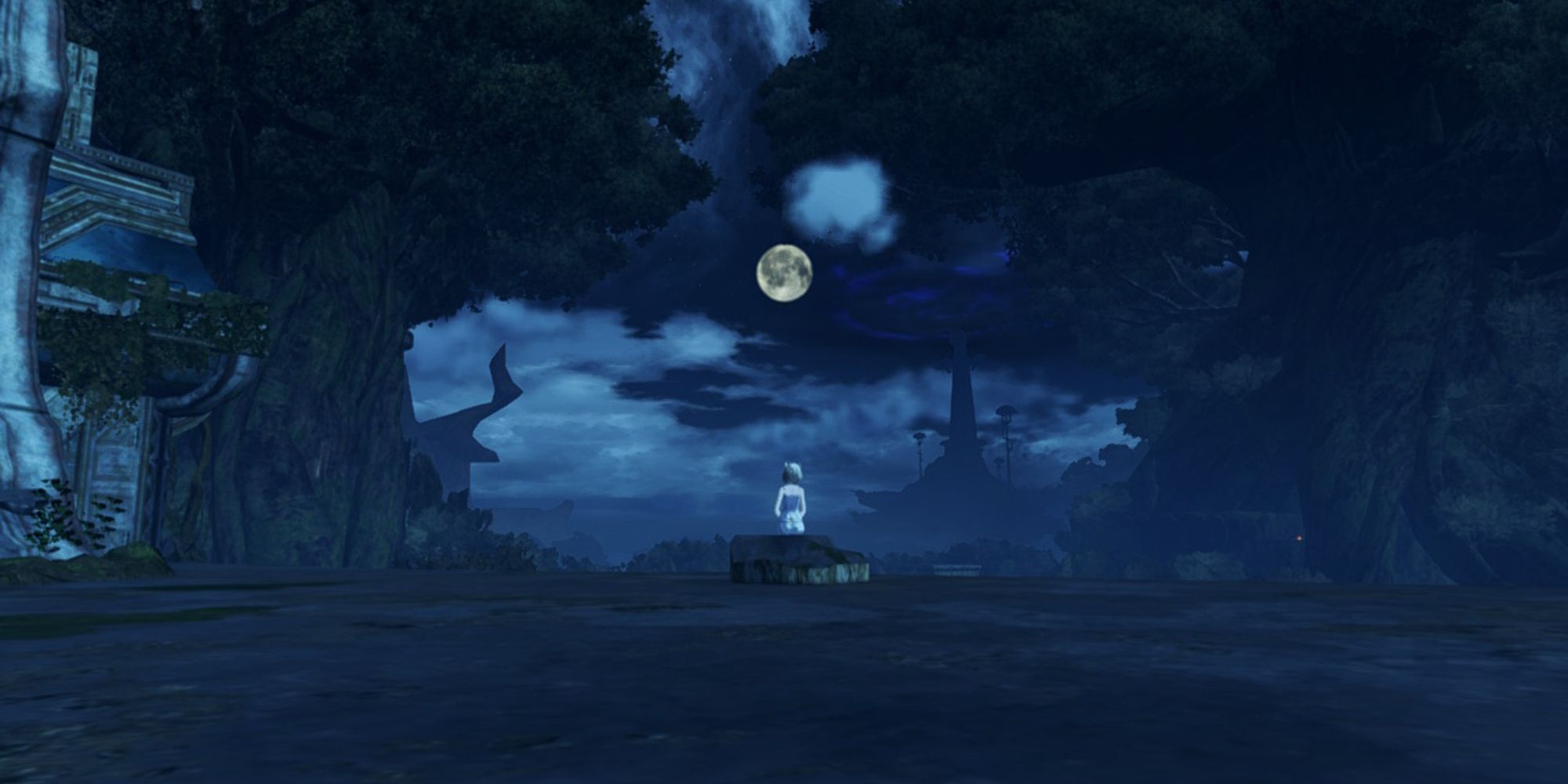 On the topic of turning points in the game, let's talk about one of the best moments and visually pleasing areas in Xenoblade Chronicles 3, Tower Camp. While your visitation here is brief, it's impactful and elevates the game from 'Great' to 'This game is going to break me, isn't it?' Which is longhand for 'Excellent.'

Several crucial moments happen in this tower, and the way every scene is shot makes all of them hit with tremendous force. From a lone Mio sitting under the full, pale moon that illuminates the Keves Castle in the distance to the sun washing out the forestry and structures at the crack of dawn, it's an excellent showcase of visuals and what this game is capable of doing. 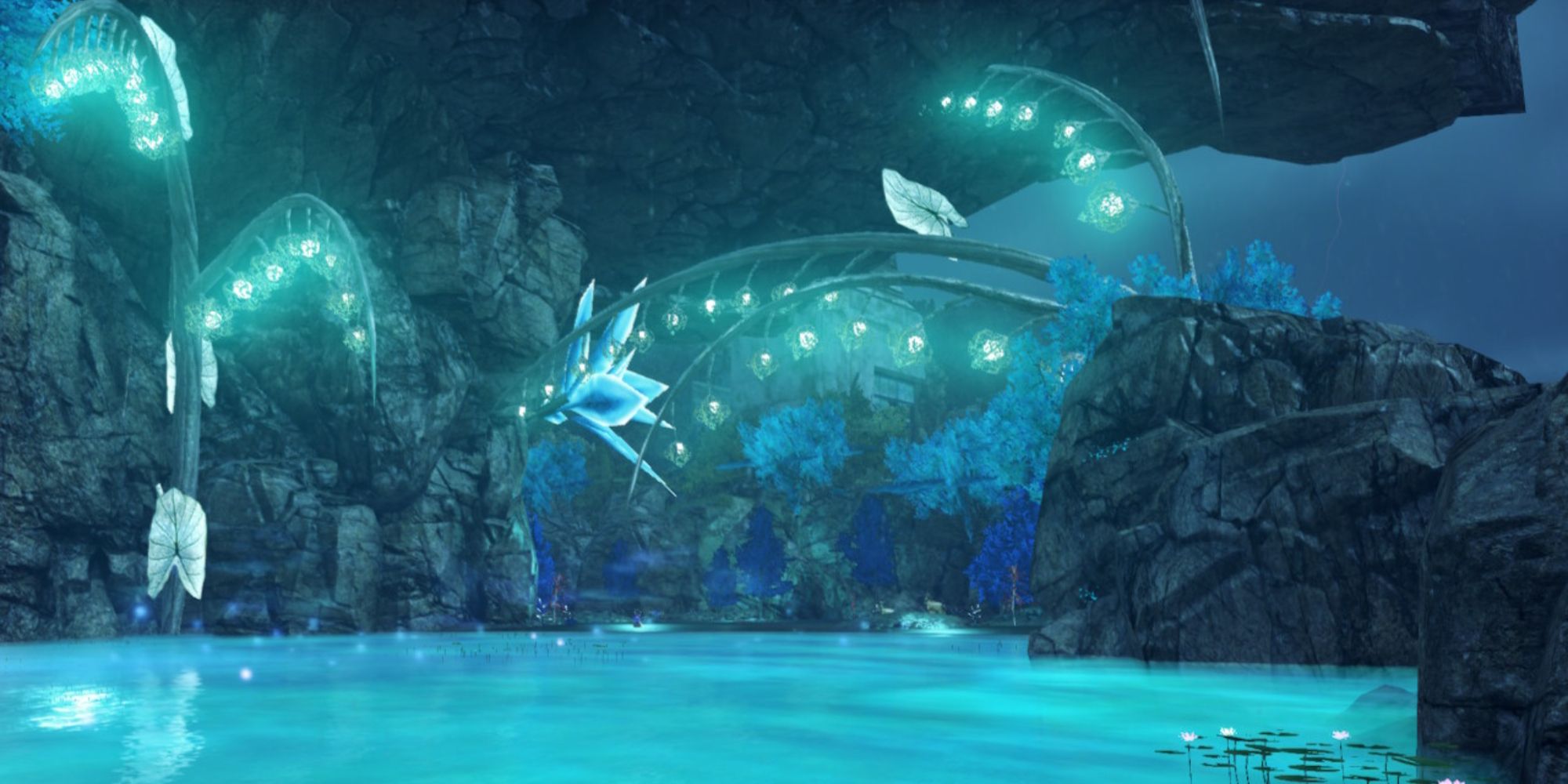 Lastly, we have possibly the most magical-looking area in the whole game, Cotte Fountainhead. Found by accessing a hidden pathway in the High Maktha Wildwood area, this location sits high above the Cascade Ferronis Hulk, waiting to 'WOW' people the moment they stumble into it. If you seek out any of the game's many Secret Areas, make it this one, you won't regret it.

What makes Cotte Fountainhead such a special place is the bright blue water light up from the glowing plants that have grown all around the area. There are also breaks in the cove's ceiling, allowing you to catch glimpses of the night sky to get an unreal and breathtaking view that you won't soon forget. Cotte Fountainhead is a beautiful spot through and through and should be seen by all who play this fantastic game!