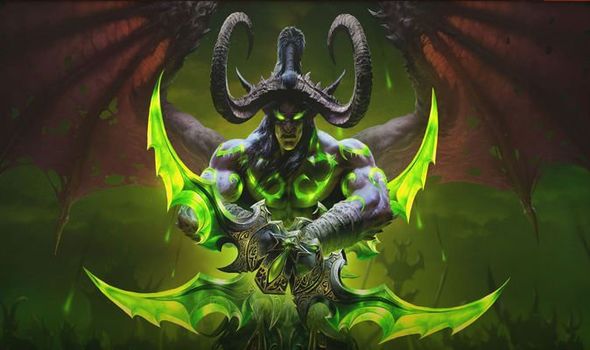 The WoW Classic TBC pre patch is scheduled to be released this week by developers Blizzard, complete with the latest updates notes.

The Burning Crusade will be the next major expansion to launch in the WoW Classic, with the development team promising to include all the best content and experience from when it first launched back in 2007.

The WoW Classic Burning Crusade isn’t scheduled to launch until June 1, but as many gamers will already know, each major World of Warcraft experience first needs a pre-patch.

And this week will see the WoW Classic TBC pre-patch arrive for all regions, although some gamers might have to wait longer than others to install it.

Blizzard is expected to share a breakdown of everything that has been released this week, with pre-patch notes expected to be revealed in the coming days.

The pre-patch will also mark an important decision for those who are still enjoying the vanilla experience.

With the release of the pre-expansion patch, players will make a choice between continuing to play on WoW Classic or progressing into Burning Crusade Classic.

They can also choose to use the Character Clone service, which will give gamers the choice to continue playing their existing characters on the realm type you prefer: Burning Crusade Classic Progression realm or Classic Era realm.

Heroes who choose to cross the Dark Portal will find themselves in Hellfire Peninsula, an aptly named barren wasteland, where fel orcs and cruel demons roam free.

WHAT TIME DOES THE WOW CLASSIC TBC PRE-PATCH START?

According to Blizzard, the WoW Classic TBC pre-patch release date has been set for Tuesday, May 18 in the United States, Wednesday, May 19 in Europe.

This split is due to the development team deploying server maintenance at different times, leaving some gamers having to wait.

The good news is that we know the expected schedule for World of Warcraft servers this week and what to expect.

The WoW Classic Burning Crusade Pre-Patch will be available to download and play after US server maintenance at 3pm PDT, on May 18.

Meanwhile, gamers in the UK will have to wait until the same WoW Classic TBC pre-patch maintenance has been completed at 8am BST, on May 19.

The pre-patch includes some big changes for WoW Classic, meaning there is a chance for server issues and further maintenance if required.

Gamers can also expect a flurry of smaller patches to help fix the initial issues and help improve the overall Burning Crusade experience before June 1.

It should be noted that for the full launch of the classic expansion, TBC will be available to download and play on June 1 in North America, and June 2 in the UK.

However, unlike with the World of Warcraft pre-patch, this is down to time difference, with Blizzard explaining earlier this month:

“World of Warcraft: Burning Crusade Classic will launch in the Americas, Europe, Taiwan, Korea, and Australia/New Zealand at the same time. Wherever you live and whatever path you choose to take, you can be part of one global adventure beyond the Dark Portal.

“Beyond the Dark Portal in the Blasted Lands lies a realm shattered by the machinations of the Burning Legion: Outland, the once beautiful orc homeworld of Draenor. Seek out its mysteries beginning June 1 when Burning Crusade Classic launches around the world.”