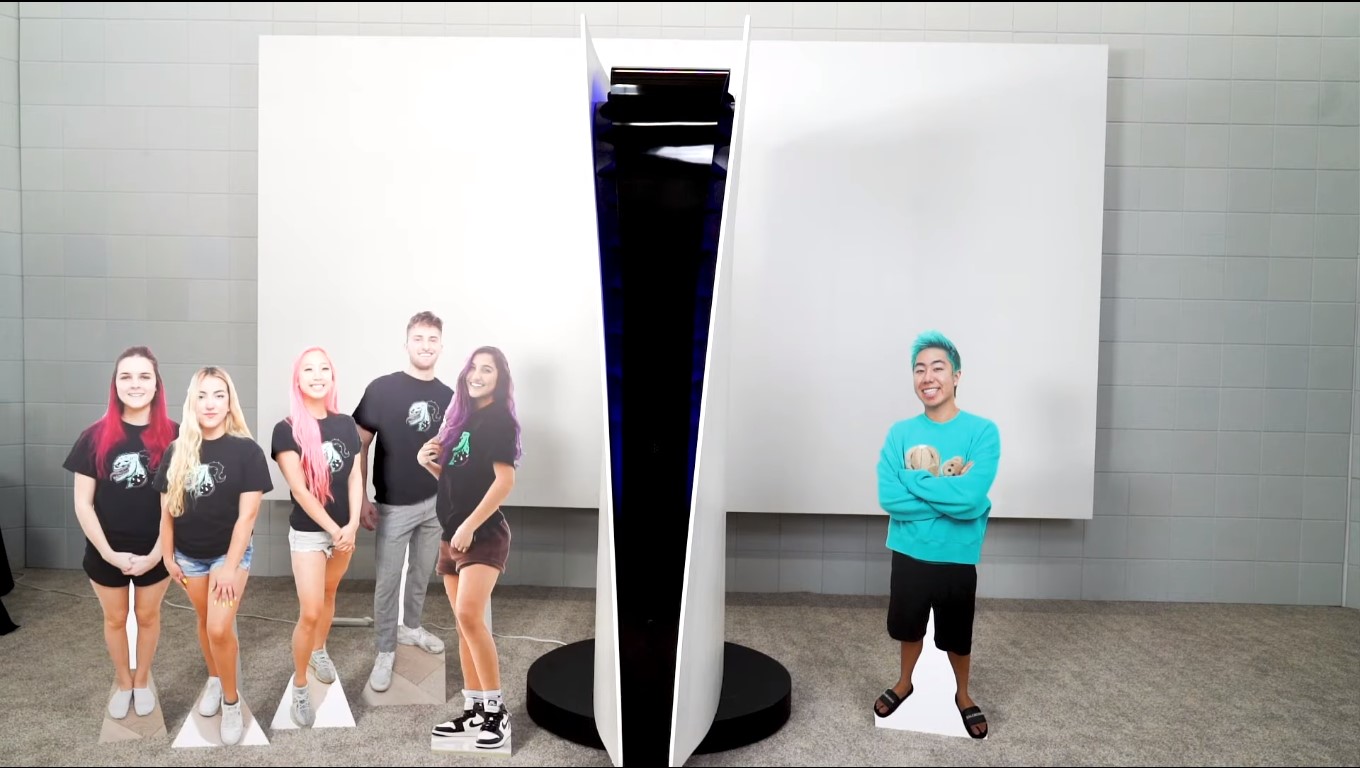 If you’re one of the few people that think the PS5 is too small, rather than too big, how about one that’s 10 feet tall and weighs 500 lbs?

Opinions vary on whether the design of the PlayStation 5 console is stylish or ugly but the one thing almost everyone agrees on is that it’s too big, everyone except YouTuber ZHC.

The PlayStation 5 is that size to ensure it has big enough fans to cool the chips down and that it doesn’t make as much noise as the PlayStation 4, but unfortunately that can make it hard to fit under the TV.

The word ‘why’ is probably bouncing around in your head right now, but the fact that the video below has over 12 million views neatly answers that one.

In any case ZHC, real name Zachary Hsieh, appears to be loaded, and boasts of giving away free houses and cars to subscribers and, for some reason, other YouTube celebrities.

With the giant PlayStation 5 he set-up a competition between himself and five other artists to paint one side of the console each, with ZHC promising to give the artists and various charities free normal-sized PlayStation 5s if he won.

If he lost the plan was to give away the giant PlayStation 5, but in the end he won and so gave away 100 normal PlayStation 5s (where he got those from is not clear).

That implies he’s hanging on to the giant PlayStation 5 for now, which is fully functioning and even has a giant-size controller to match – should the BFG pop by looking for a game of Destruction AllStars.

At the moment most gamers would be happy to just get their hands on a normal PlayStation 5 for its standard retail price, although that may be possible this week if you can get one from Very or the various other UK stores due to get stock in shortly.