World of Warcraft: Dragonflight has been rightfully praised for modernizing outdated game systems and improving quality of life. There are many welcome improvements, like the revamped talent tree, an engaging profession system, and an alt-friendly experience where the game doesn't feel like a second job.

Another underrated change is how World of Warcraft moved away from an exhausting narrative of world-ending proportions. Instead, the Dragon Isles is an unexplored continent ripe for exploration and discovery with the promise of adventure for those willing to assist the locals. For the main quests, you'll help the Dragonflights remember their roots while restoring their Oathstones, creating memorable moments on the way. 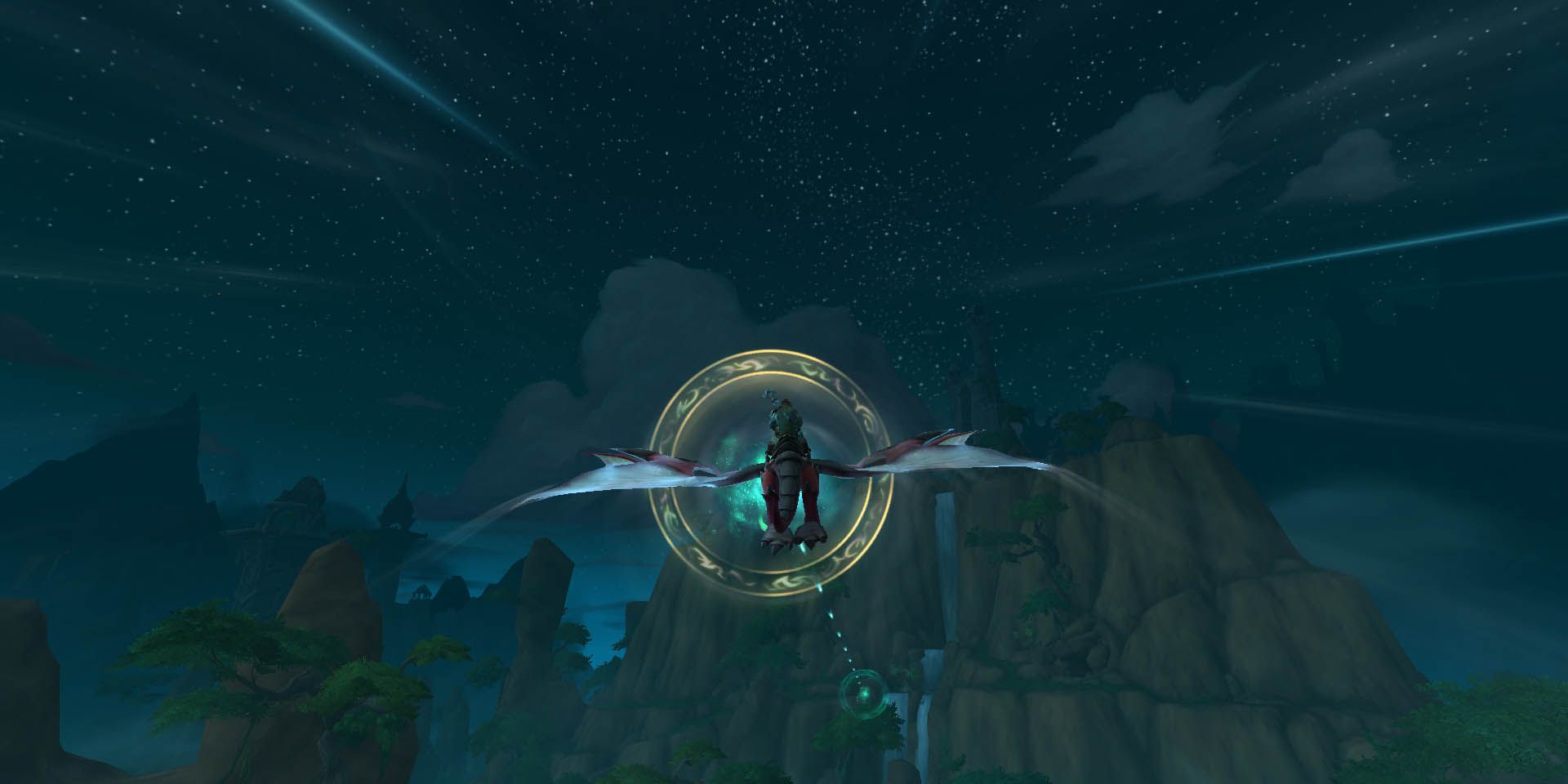 Dragon riding is one of the key features of Dragonflight. It moves away from the old, boring, thoughtless flying of the past and into something fun, engaging, and fast. Lord Andestrasz gives you your Dragonriding Drake and Celormu of the Bronze Dragonflight comes to teach you.

At first, you'll have an awkward time getting used to the new movement system. Keep following the quest chain and you'll eventually learn about momentum, diving, gliding, and soaring. The last quest of the chain sees you and Celormu race toward the Skytop Observatory. There's a moment in the quest where you fly high into the air and dive down at high speeds, and this is when the epic orchestral music kicks in as if to welcome you home to this amazing expansion. 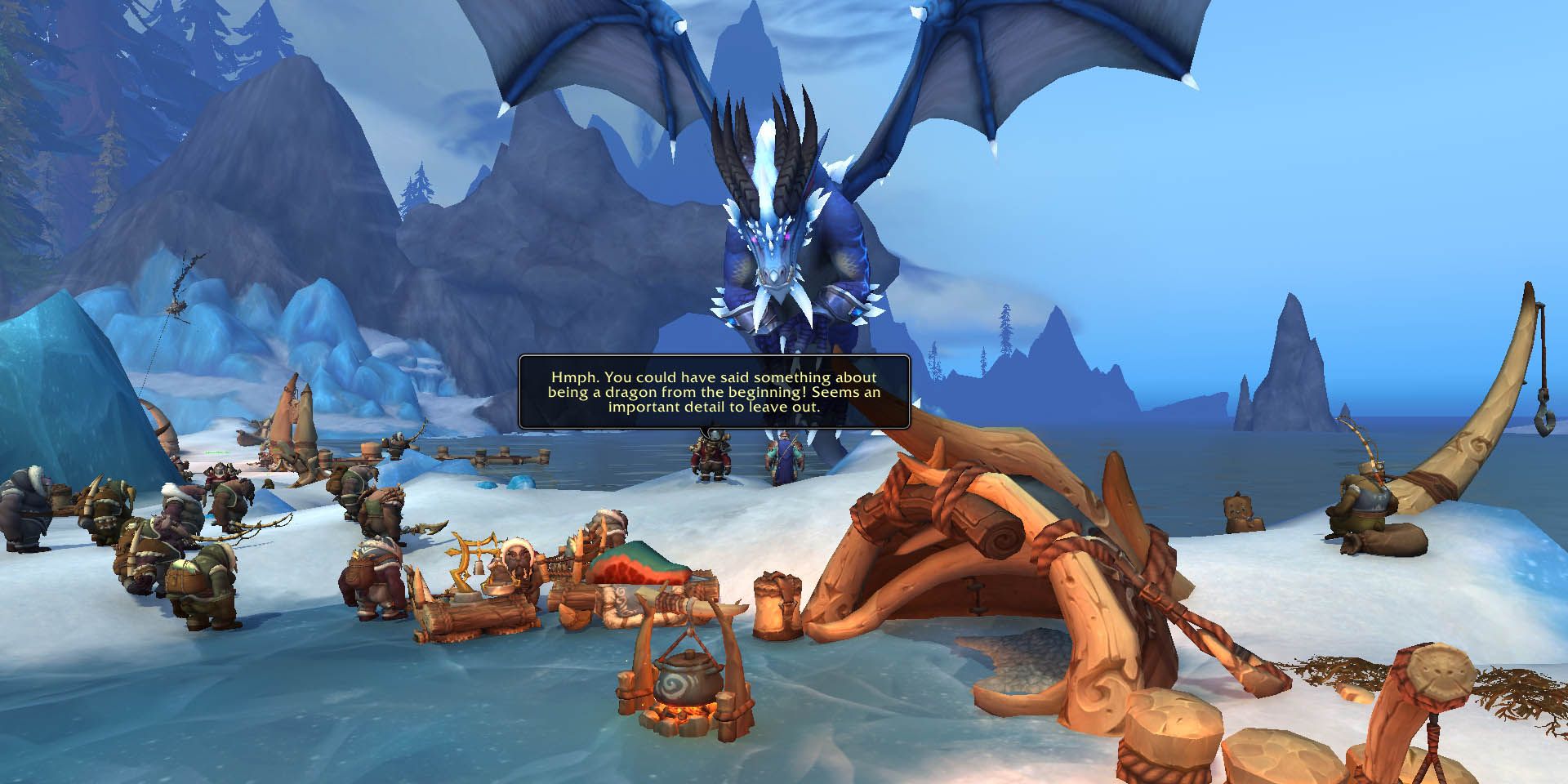 Aside from aiding the Blue Dragonflight, you'll also encounter a group of troubled Tuskarr at the Azure Span. It's a long journey spanning multiple quests, where you escort these Tuskarrs back to Iskaara. Along the way, you'll save Tuskarrs captured for food, spirits with unfinished business, and a mysterious rot plaguing their kind. Despite all the tragedy, the Tuskarrs try to keep their spirits high.

Eventually, you'll reach Iskaara with the remaining survivors and Kalecgos. But you'll assist them with one last task: preparing for the funeral of their beloved chieftain. After sending his body out to sea and witnessing a magical cutscene, the quest ends with one of the funniest exchanges in the expansion. 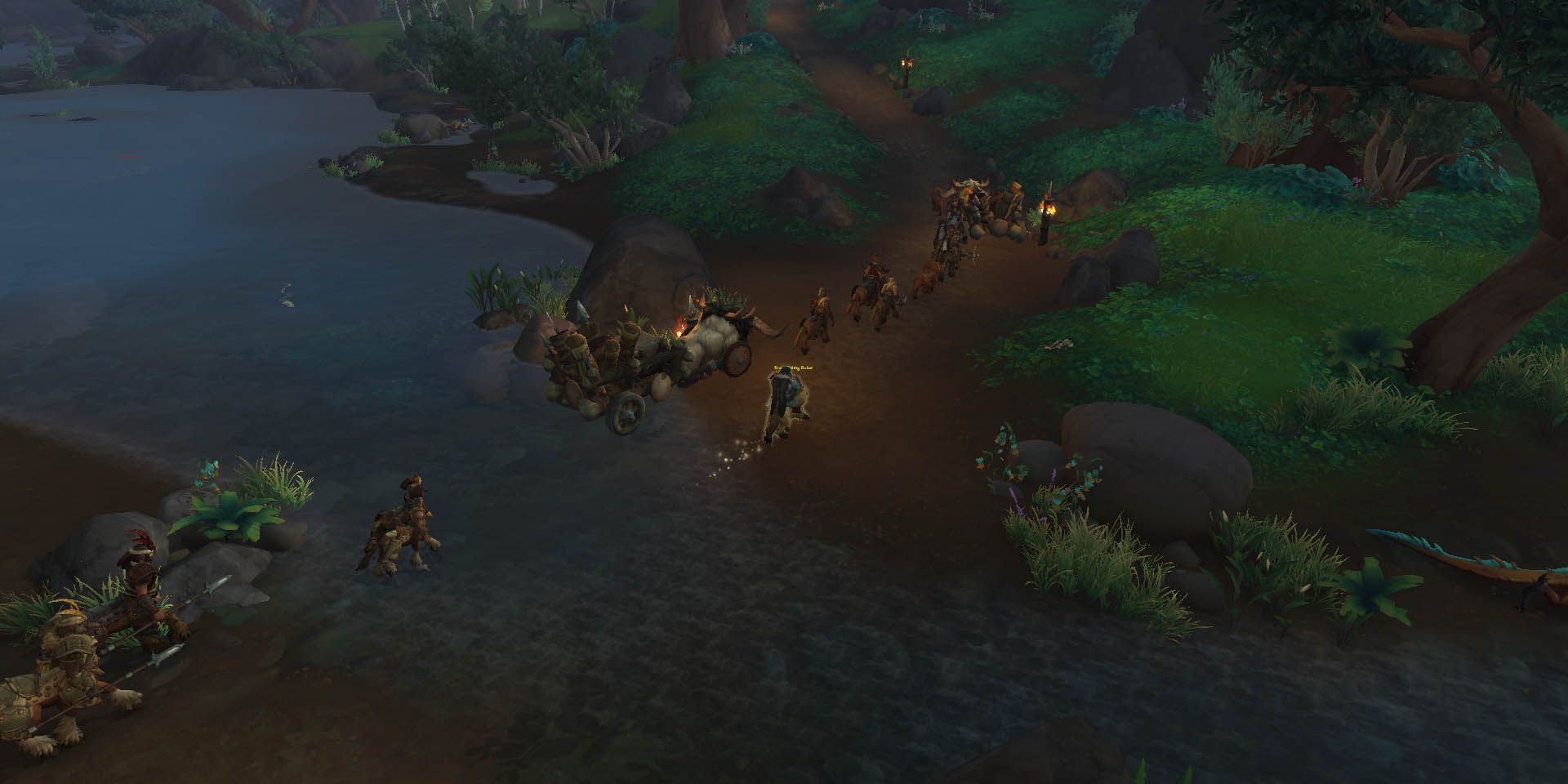 The Ohn'ahran Plains is home to the four clans of Maruuk Centaurs, and the Green Dragonflight tasked with maintaining the Emerald Dream. After completing several quests to gain the trust of Clan Shikaar, leader Sansok Khan allows you to travel with them to an important city where all clans gather.

The caravan travels at a relaxing pace, and you can mount up on the Bakar to listen to stories. Along the way, you'll participate in their traditions, such as hunting increasingly big game and preparing a ritual to consult spirits. While the format follows the ubiquitous go-there-and-kill-this quest, it's seamlessly weaved into the immersive story. 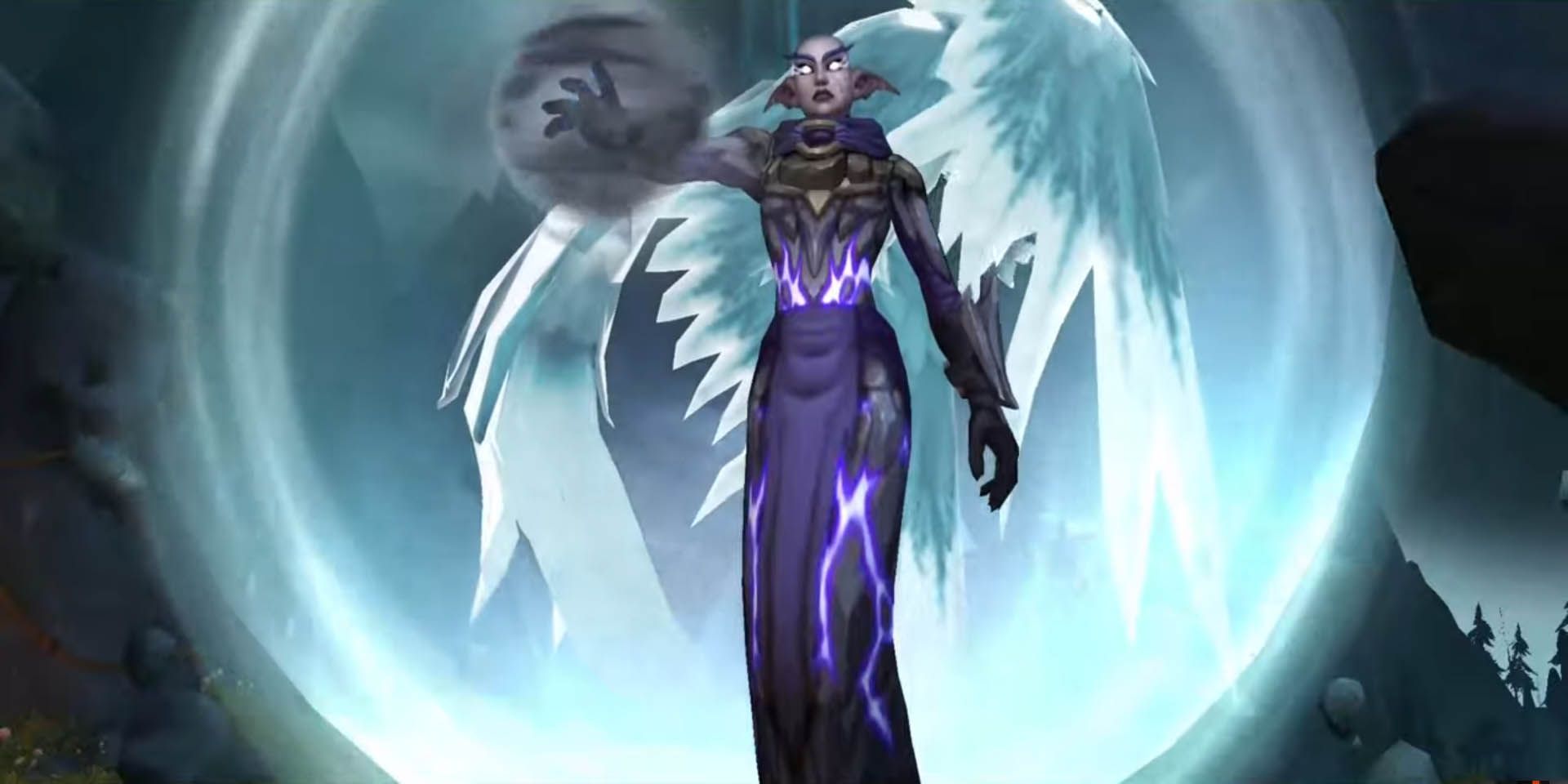 Oh No, Ohn'ahra is one of the last quests to the Ohn'Ahra's Blessing quest chain. The pessimistic mystics can't contact their Wind God to ask for her blessing, so initiate Boku decides to investigate what happens. You and Boku find out that the Balakar Khan and Clan Nokhud entrapped Ohn'ahra with the help of the Primalists. You'll have to attack the Wind God's captors in thunderstorm-engulfed Windsong Rise.

The last leg of the quest has you protect Boku against Nokhud Centaurs and Primalists as he struggles to release Ohn'ahra from her prison. Despite your best efforts, Primalist Koroleth stops both of you and escapes with her prisoner.

5/9 The Courage Of One's Convictions 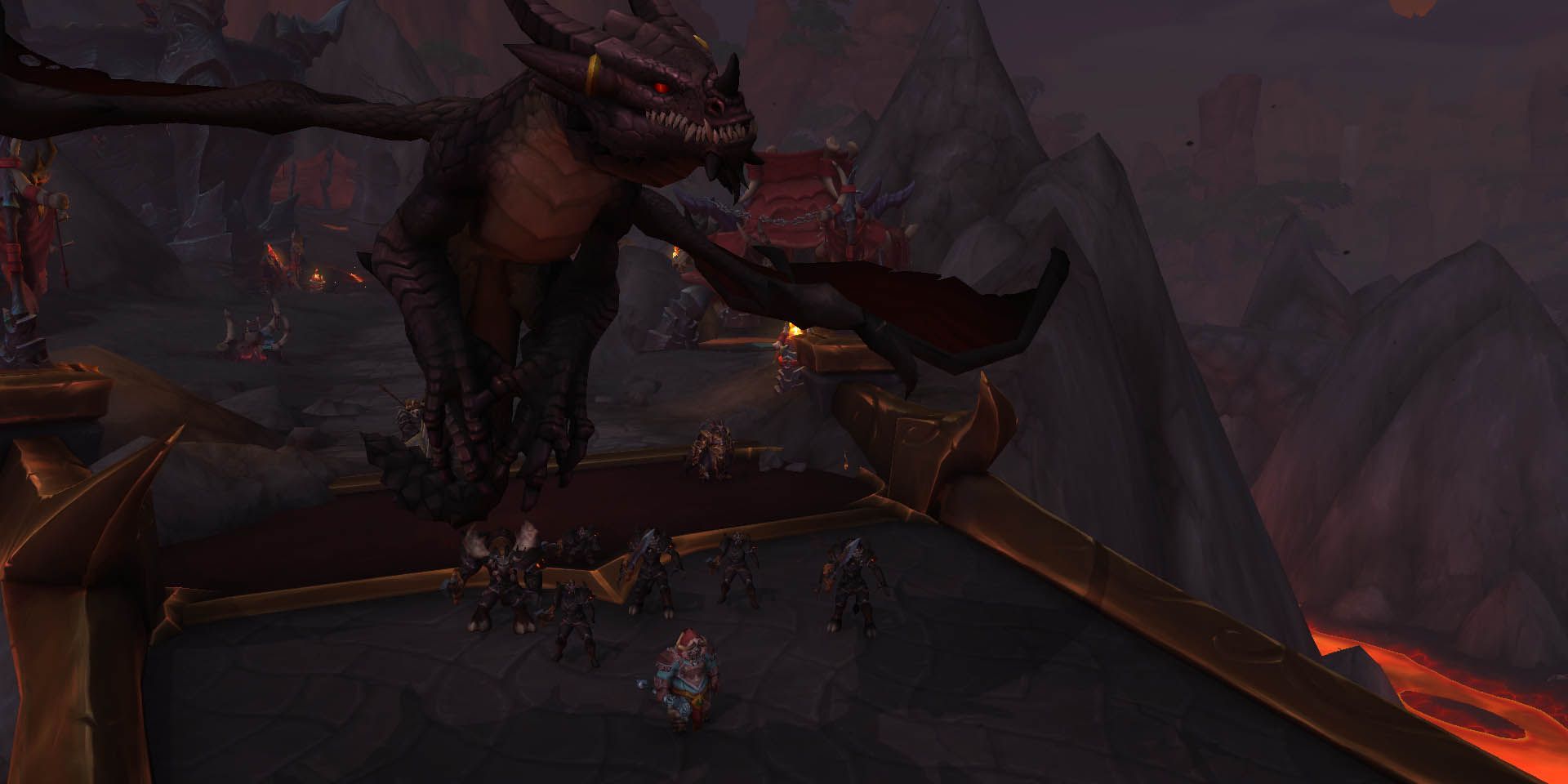 The Courage of One's Convictions joins Wrathion and Sabellian as they fight to gain control of the Obsidian Citadel, the rightful throne of the Black Dragonflight. You'll fight back against the Djaradin with brute force while Wrathion flies you around key locations to destroy Siege Arbalests.

The banter between Wrathion and Sabellian is also dripping with hostility as the two princes state their intention to inherit their corrupted father's throne. However, they're willing to set that aside that matter to restore the dying Black Dragonflight. Whether these brothers continue to work together or escalate into an all-out war is completely up to them. 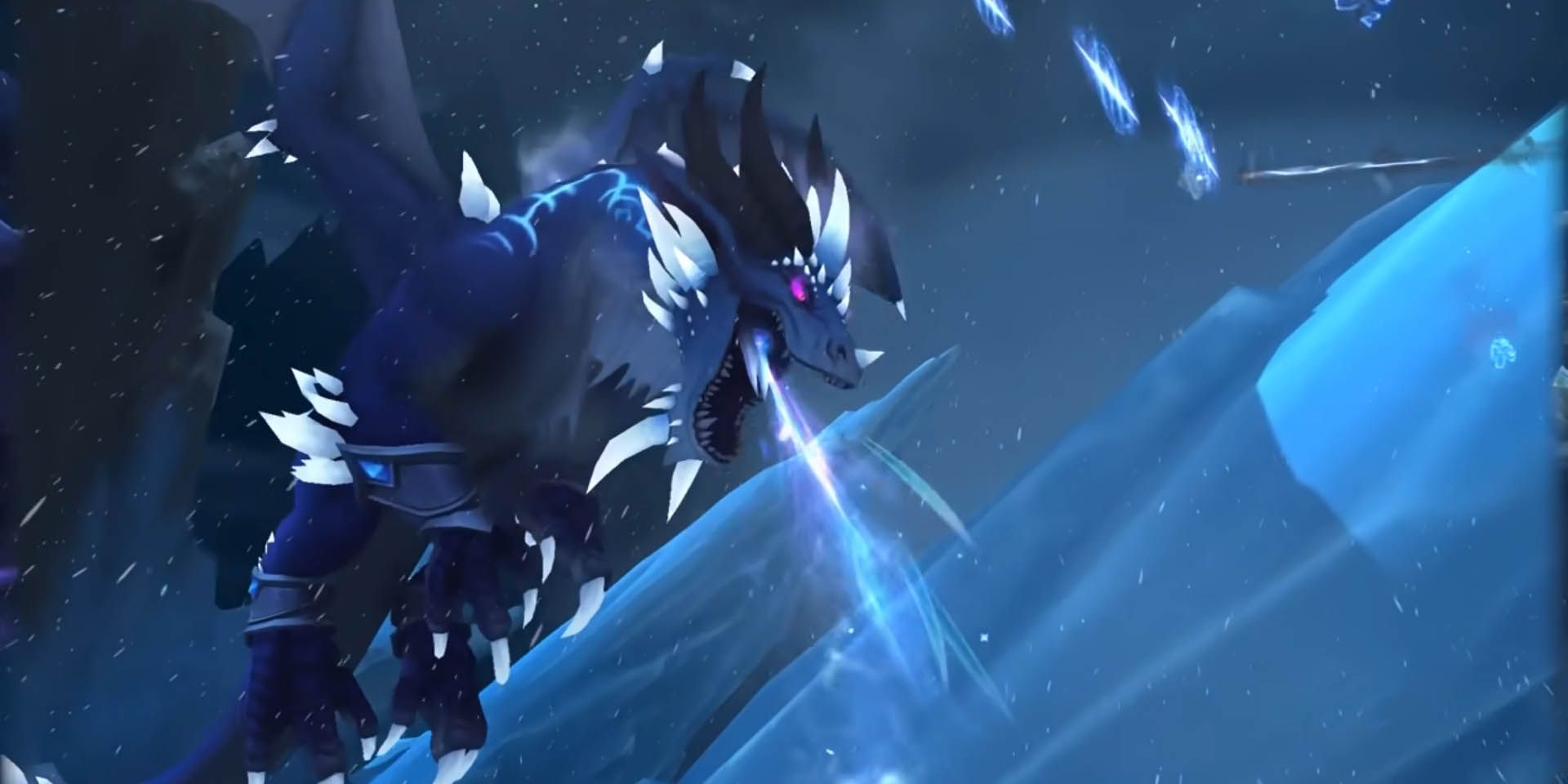 The Storm-Eater's Fury is the penultimate quest of the Vakthros quest chain. You, Archmage Khadgar, and the Kirin Tor, led by Kalecgos, are pushing the fight toward Raszageth and her army of Primalists. Raszageth is attempting to rip the arcane magic out of the Vakthros Tower so that she can destroy it. You'll hop on Khadgar's modified flying disc to play a high-stakes tower defense game, while Kalecgos and Khadgar delay the inevitable.

Earlier in the quest, Kalecgos took a leap of faith and called the extinct Blue Dragonflight back home. There was no response even when Raszageth was about to deliver her last blow, then the remnants of the Blue Dragonflight came to help during the last moment. It's a touching moment as Kalecgos realizes he is responsible for restoring his flight. 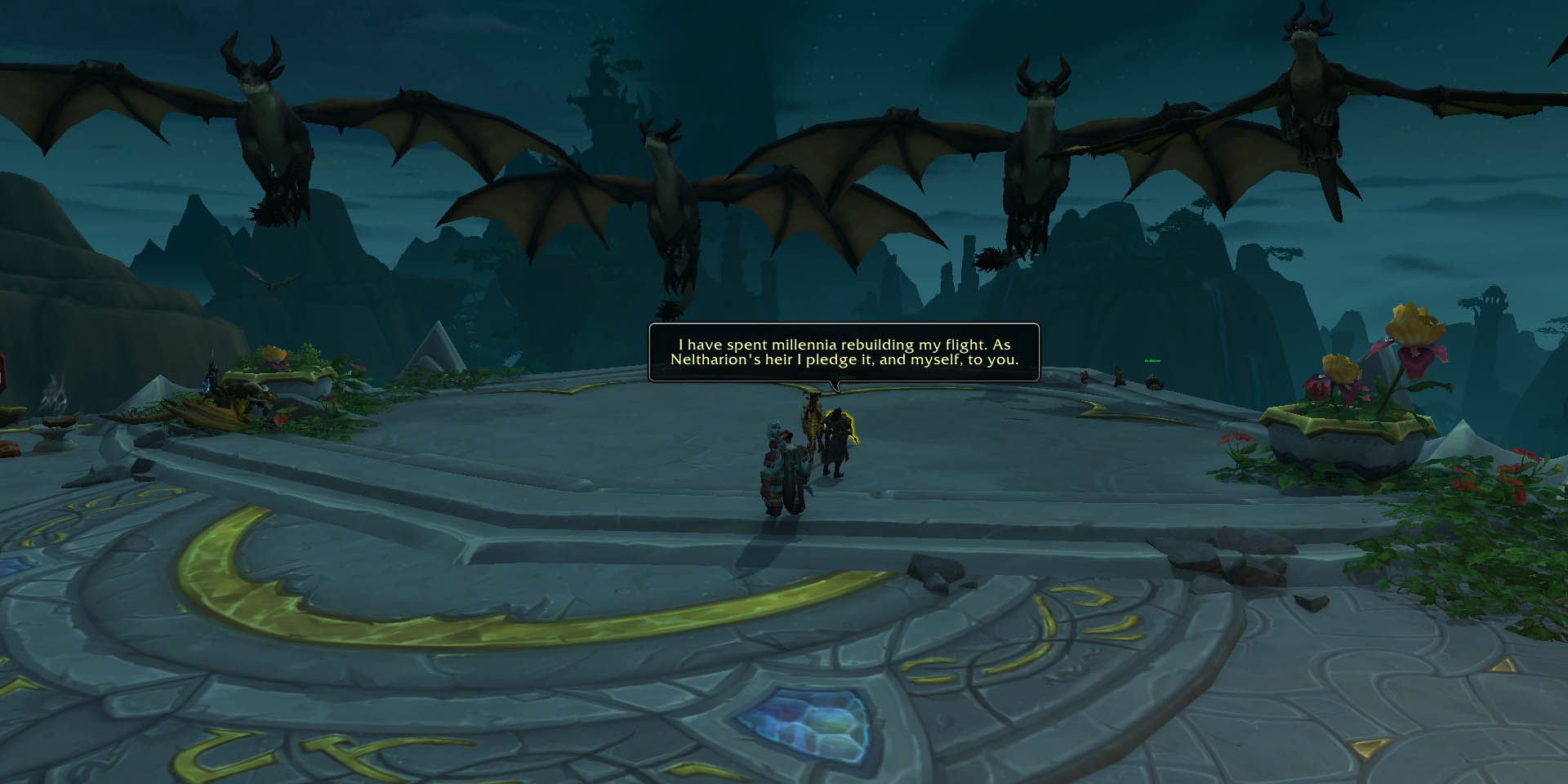 A Purposed Restored follows the unintentionally comedic duo – Wrathion and Sabellian – as they passive-aggressively try to win more followers and the favor of Queen Alexstrasza. The quest Black Wagon Flight feels like a sitcom as the two princes bicker over Sabellian's elaborate ruse to transport the clutch of eggs. In the end, the enemy destroys their wagon. But the final twist is that they are only a distraction, as Sabellian's forces deliver the real egg to the Life-Binder.

The quest chain ends on an emotional note as you deliver the Black Dragonflight eggs to Mother Elion, a fiercely loyal egg tender who never left her post despite countless years without any eggs. With the eggs safely in the Ruby Life Pools, there's finally hope in the Black Dragonflight's future. 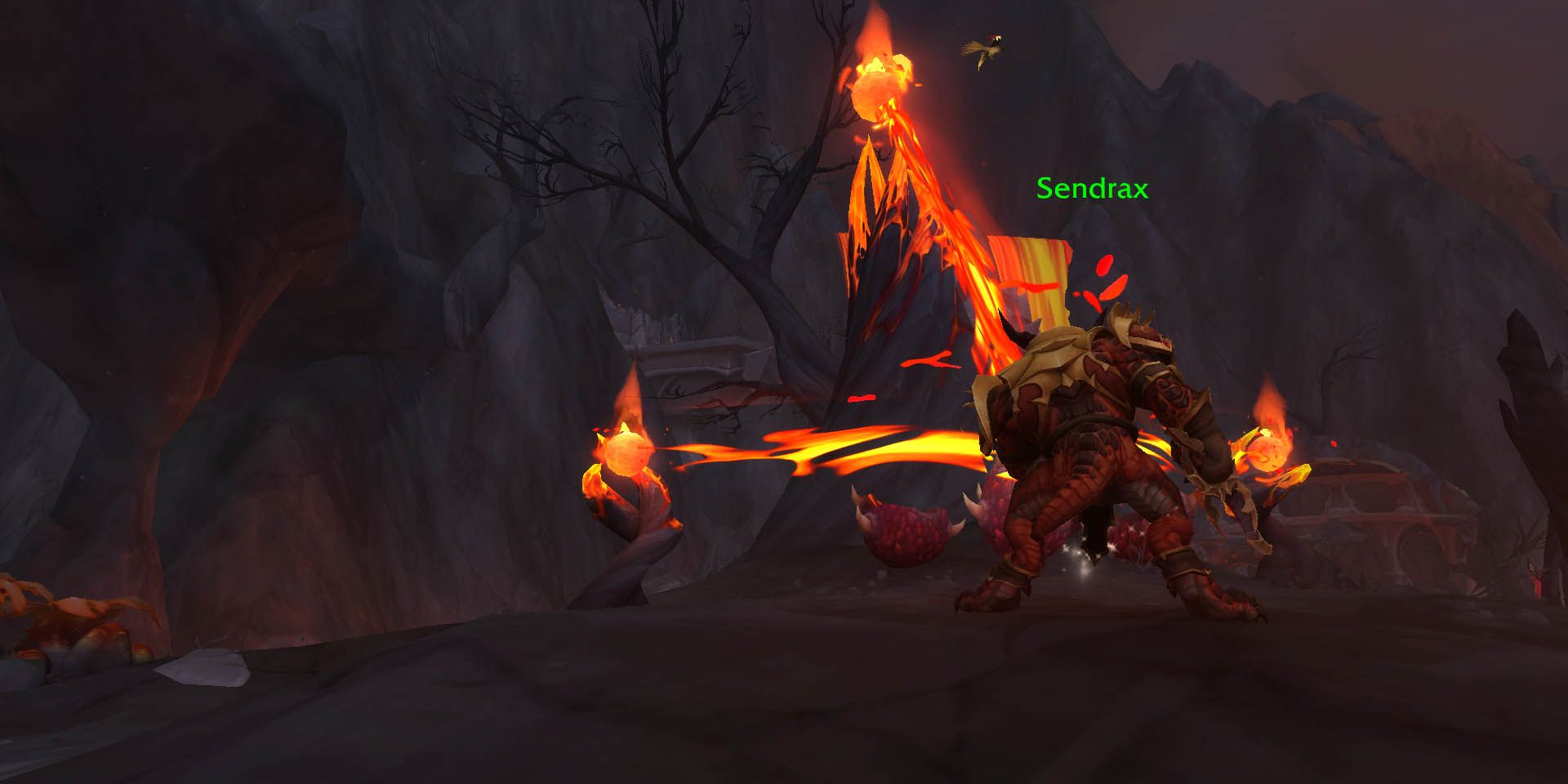 A Last Hope is the last quest in the Dragons in Distress chain. Here, you'll follow the newest recruit to the Red Dragonflight, Sendrax, as you try to save dragon eggs away from the Primalists attempting to corrupt it. Sendrax is the first dragonkin to welcome you formally to the Dragon Isles.

Sendrax is upbeat and a competent fighter. Many other characters comment on her natural ability to lead and even expect her to command one day. But in her valiant last moments, she sacrifices herself to secure the future of her flight, holding the line for you to take the egg and run without looking back.

The Bronze Dragonflight questline is a zany trip through time, leading to one of the best quests of the expansion. To The Past sees you venture to a land called Azmerloth, an alternate timeline where Murlocs lead the world. You'll be greeted by Varian Wryngrrlgulgll, his son Finduin Wryngrrlgulgll, and Thrallgrulgulgul, as they give you vague instructions to kill the towering Deathwingurlugull.

If you take the time to explore the land, you'll find other recognizable heroes like Vrglrok Saurfin and Gillvanas, scouting above a ruined tower. The quest ends in a goofy yet epic sequence where you ride on a plane to assist in taking down their version of Deathwing.