Raiding in World of Warcraft is a defining end-game activity for many players. It's where you'll find the best gear and some of the rarest recipes for crafting. Whether it's as part of a guild or in Looking for Group, you'll find yourself staring them down sooner or later.

What if you don't like raiding though? Maybe you prefer PVP to PVE, or you'd rather collect pets, thank you very much. Well, there are more reasons to raid than just collecting end-game gear. Legacy raids are those from past expansions, and they can often be soloed thanks to the raised level caps. Between achievements, titles, mounts, and some truly jaw-dropping spectacles, there are plenty of reasons to revisit these classics. 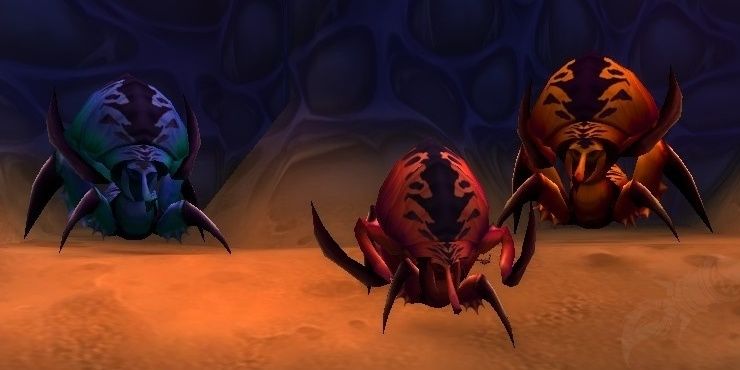 The Temple of Ahn'Qiraj, more commonly known as AQ 20 and AQ 40, defined "post-game" content for vanilla WoW. After you hit the level cap, while there were a few things to go back and finish, for many your new goal was conquering this monstrosity. However, these days, they don't even make 40-man raids anymore. It's worth walking the halls of this ancient temple for that reason alone.

It wouldn't be entirely worth it without a little bit of treasure though, would it? As a bonus, clearing enemy groups will have the chance to drop one of four ridable beetles. Although, there is a small catch. They can only be ridden inside the raid, but they do still count towards the mount collection achievement. This alone makes them worthwhile for collectors.

Another classic raid; Onyxia's Lair was remade for level 30 in the Shadowlands expansion. That's the good news. The better news is that this raid is really short. A tunnel, a bend, and a boss. That's all. A hard boss for her day, but one you'll deconstruct with surgical precision if you come just ten or so levels over the expectation.

For your efforts, you'll be rewarded with a neat pile of gold as well as a chance for several rare recipes. They're not very level-relevant at this point, but they will sell well to those looking to fill their recipe books. The real treasure is a small chance for Onyxia to drop a flying mount modeled after her. It's a very small chance, but one you can reattempt every week. 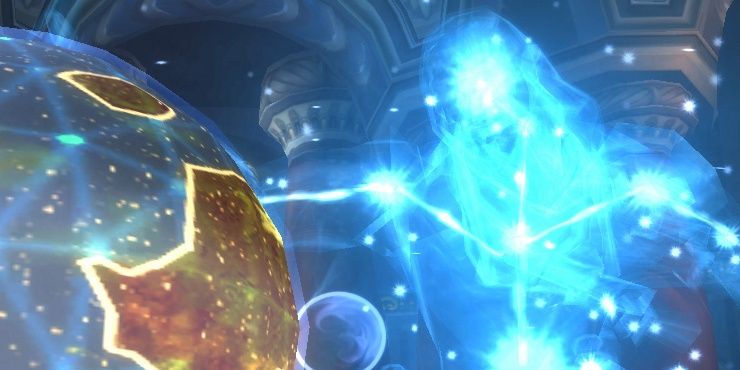 Ulduar is the first raid that can be recommended on story alone. For those uninitiated into the lore of WoW, the planet of Azeroth was ruled long ago by eldritch horrors directly inspired by H.P. Lovecraft. These Old Gods were so immense in power that they'd warp your very understanding of them. Yogg-Saron has long been sealed in Ulduar, but his seal is weakening.

Taking up the mantle to defeat the millennia-old evil feels grand and magnificent. Soloing the bosses without dying will reward you with several titles for different difficulties. The final boss himself will also offer you the chance at another flying mount if you defeat him in a particular way. It's rare, but worth the journey.

7/10 Karazhan: The Party of a Lifetime 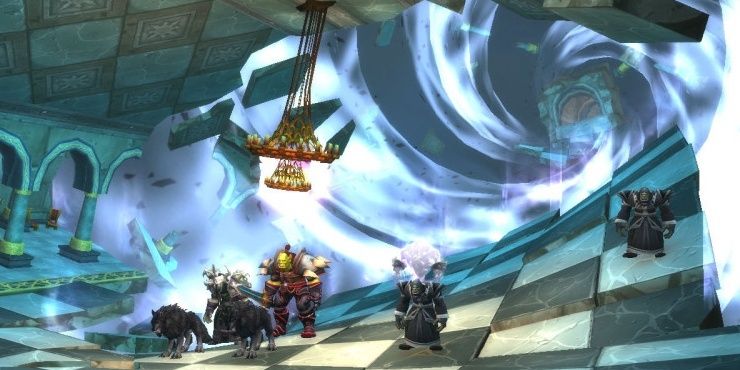 This is a very special entry. A former raid, turned high-level dungeon, Karazhan is the wizard tower of Azeroth's previous guardian. The phrase "wizard tower" should speak for itself. Fairy Tales are becoming real, the dead are throwing a party, and your goal is to bust every last part of it. There is quite a lot of it too. Possibly being the longest raid in game.

First, you will be able to loot a lot of common rarity dress-up items from the staff and partygoers. It wouldn't be a raid without a mount either, and Karazhan's can be dropped by the first boss. Karazhan will be a test for even high level characters as puzzles in addition to foes await you. Karazahn will always be one-of-a-kind experience.

6/10 Molten Core: The Definition of Legacy 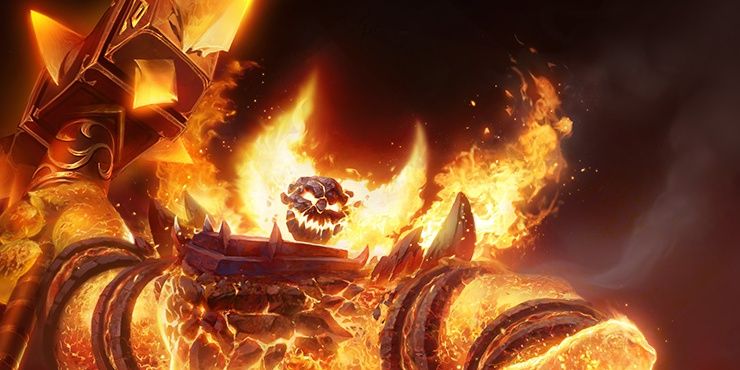 Molten Core is one of WoW's oldest raids. It was functionally the final raid for a time, and that alone is worth some recognition, but this entry will be the first to explore transmogrification – the act of enchanting armor or a weapon to look like another.

Molten core has several pieces worth looting for their looks. Casters can find a stunning-looking staff, and melee users can find two particularly special items: the final boss' lava mace, and a quest item for arguably the most famous sword in the game – Thunderfury, Blessed Blade of the Windseeker. 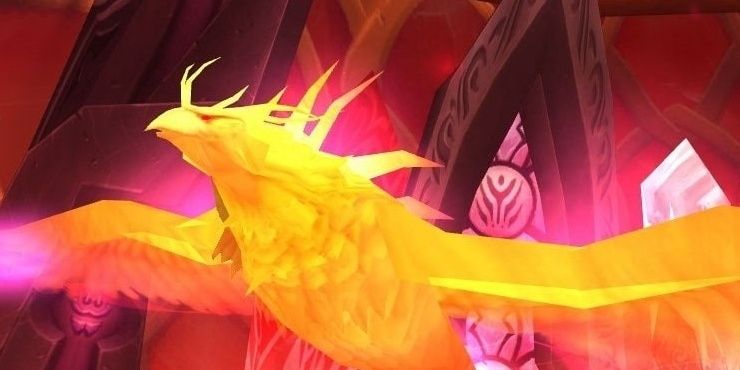 A well-known raid for many rare item farmers, Tempest Keep is meant for level 30s and can easily be cleared at level 40. It's wonderfully short as well. This is pleasant because you will be running this raid many, many times if you want the rarest the keep has to offer.

At a miserably low 1.7 percent drop rate, the Ashes of Al'ar is a beautiful phoenix mount made purely of fire! It will take patience to get this mount but it is worth it. To compensate you while you grind, the purple rarity items are some of the prettier items to transmog in the game. High Elf artistry only makes the finest of arms. 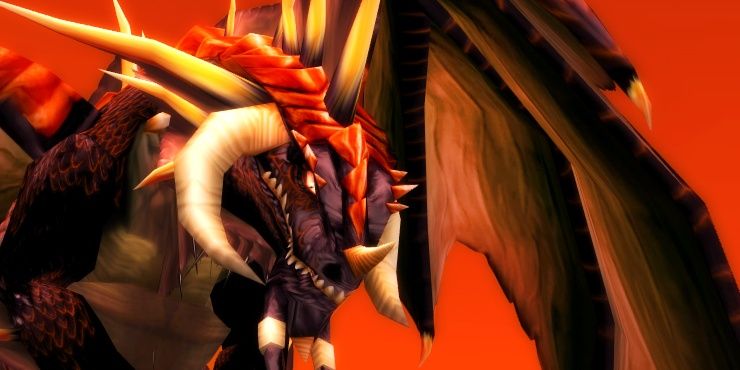 Blackwing Lair is another raid practically designed for farming. This time, you'll be farming gold and materials. Most of the enemies in this raid are dragonkin, which when skinned drop dragon scales and various types of leather. These materials can be used in recipes or sold for a cool coin.

Speaking of recipes; a dozen or so can drop from various bosses to fill out recipe books, or sold on the auction house. Finally, it would be a crime not to mention that this raid continues the quest for the legendary Thunderfury, Blessed Blade of the Windseeker! 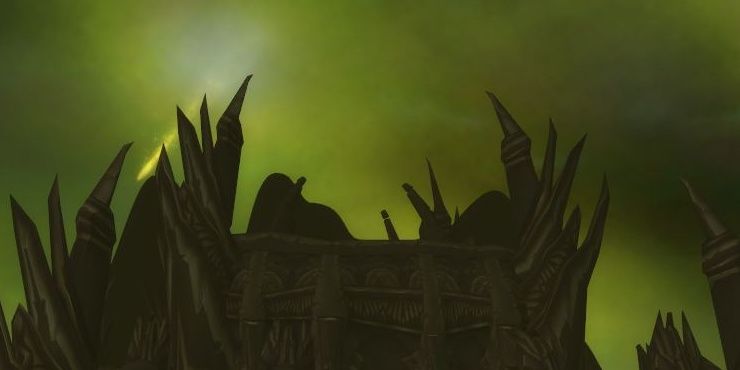 Another lore-heavy raid worth experiencing, Black Temple served as the finale for Burning Crusade, where players laid to rest the fallen anti-hero, Illidan Stormrage. One of the Alliance's most iconic figures, and a tragedy by its truest definition.

For exploring the Black Temple you can acquire a handful of titles as well as some decent transmog worthy gear. Of course, the envy of many players are Illidan's unique twinblades. Now relegated to the Demon Hunter class only, you will first need to acquire his blades in the normal raid before participating in a time walking event for the transmogs.

2/10 Naxxramas: A Necropolis on the Move! 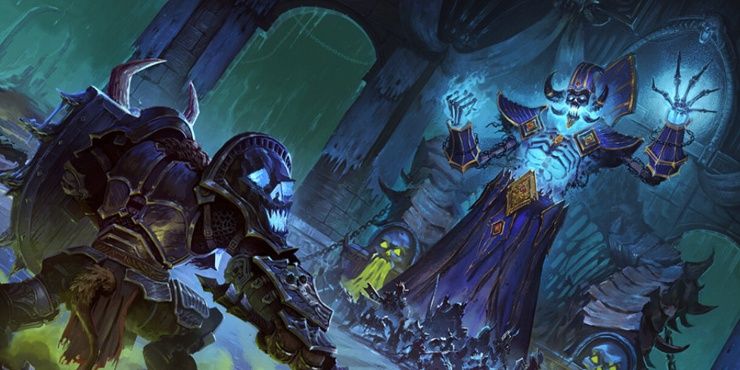 Naxxramas is famous for many things. First and foremost is that it's incredibly long. It's not unreasonable to do this raid over multiple days, unless you're really on a crusade against the undead. Like many vanilla raids, it was so popular it was remade for a later expansion, Wraith of the Lich King.

Now a level 30 raid, players can solo it comfortably around the 40-45 level range, but don't be surprised if you can't handle larger mobs until level 50. For your troubles, you can loot a handful of necrotic-looking transmog gear, and titles like The Immortal. 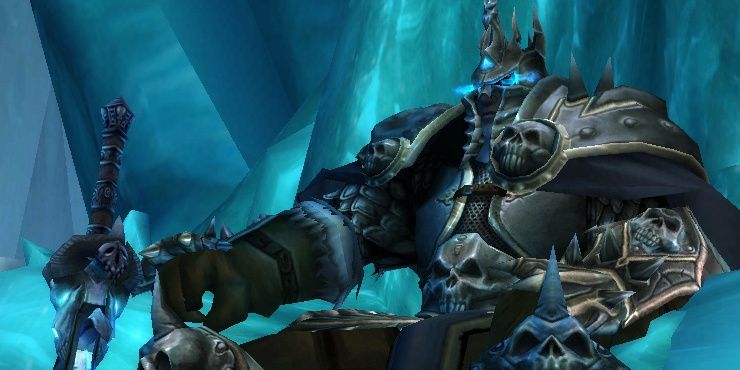 To many players, Ice crown Citadel is the best raid of all time, and it's hard to disagree sometimes. ICC was the finale to the highly praised Wraith of the Lich King. It goes without saying that every piece of this raid is worth experiencing. The story alone may move you to tears.

As for tangible rewards, you won't find any shortage of stylish transmog gear, including a quest for the coveted Shadowmourne. There's also a plethora of titles to be claimed. Finally, the Lich King himself may leave you his Frostcharger mount. After all that you may find yourself still running this raid just to say you did.