Why The Hyrule Warriors: Age Of Calamity Team Made A Breath Of The Wild Prequel

In 2017, the Legend of Zelda: Breath of the Wild turned the long-running Zelda franchise on its head in many ways. With serene moments of exploration outnumbering the thunderous battle scenes set to triumphant musical scores, Breath of the Wild gave players a new, perhaps more reflective perspective on the franchise. The Hyrule Warriors spin-off franchise exists in a completely different space; adrenaline-pumping music beats you over the head as you mow through hundreds of enemies within minutes in continual, fast-paced battles.

Set in a post-apocalyptic world, Breath of the Wild begins as Link wakes up after a century-long slumber. We know that he, Zelda, and the Champions lost Hyrule in a major battle many years ago, but until today, that battle has remained largely mysterious. Hyrule Warriors: Age of Calamity explores the climactic clash between the forces of good and evil 100 years prior to the moment Link awakens in Breath of the Wild. 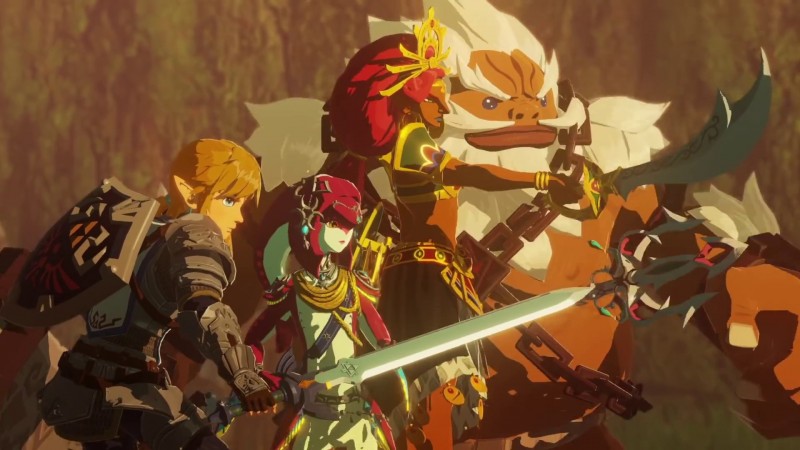 What characters did the team enjoy implementing into this game the most?
Aonuma: When I saw characters like the Champions and Zelda, who only appeared in the cutscenes in BotW, fighting alongside of Link, I simply felt, “It’s so nice to have allies,” and I was also surprised to see how Impa and Purah looked 100 years ago. Anyways, what I didn’t even imagine when we were working on BotW is now developed as a fun game. I don’t want to spoil anything here, but there is some story twists and playable characters that will excite players, so please look forward to it.
Hayashi: As Mr. Aonuma said, the roster of playable characters would be a spoiler, so we’d like players to discover that for themselves. But as far as the story is concerned, for me it was Impa. She’s a character I really like because she brings a sense of realism to the span of a hundred years.

With the music of Breath of the Wild being much more subtle than other Zelda titles, how did the Age of Calamity team go about reimagining the music to be high-energy, adrenaline-fueled songs that are appropriate for such massive battles?
Aonuma: In the previous Hyrule Warriors, their daring introduction of “rock” style elements in the world of Zelda as well as their arrangements of the original score did surprise even Nintendo’s composers. So we expected them to have similar creativity in this title as well. The musical arrangements for this game don’t have quite as obvious of a stylistic bend as the previous Hyrule Warriors, so it sounds similar to the original BotW at first. However, if you listen carefully, the composers have exquisitely arranged each piece to match the concept of the scene, and I think one of the appealing things about the music in this game is enjoying the differences from the original.
Hayashi: The audio concept for Age of Calamity is completely different from the previous Hyrule Warriors. It’s based on the idea that this is a Breath of the Wild Warriors, rather than Hyrule Warriors 2, and it really emphasizes the feel of the battlefield. We took on the challenge of creating various arrangements while maintaining a sense of Breath of the Wild, so please enjoy the music along with the gameplay.

Hyrule Warriors: Age of Calamity is available now on Switch. To learn more about the game, check out our review. For more on the announced sequel to Breath of the Wild, check out our E3 2019 discussion with Aonuma on that subject.