Why M3GAN Is A Gay Icon

I saw M3GAN at the weekend, a movie so good I’m prepared to break my usual rule of avoiding ugly branded styling. It’s not DOOM, it’s not NieR, and it’s definitely not Watch_Dogs. But it is M3GAN, and I assume the sequel will be MEG4N, despite being the second in the series and not fourth. The reason M3GAN can get away with this while Doom and Watch Dogs cannot is because M3GAN does not take itself seriously. Watch Dogs uses the underscore to imply some sort of dark web edge, as if a little line in place of a space is the signifier of a complex computer genius’ mind at work, rather than something we all did on MSN when we were at school with names like jenny_rawr_xd. M3GAN knows exactly what it is, and what it is is for the gays.

As well as silly stylised names, I’ve always had a little bit of an issue with something being ‘for the gays’. As both a queer millennial and someone whose job requires them to be online a lot of the time, I see a lot of queer internet spaces. There are a few factors there. Firstly, everyone uses the internet, including queer people. Secondly, queer people often take sanctuary on the internet to be the fullest and most performative version of themselves. Thirdly, the algorithm tends to funnel me to these communities because I myself am queer. All three of these combine to make everything for the gays.

Too often something that is universal to everyone queer or straight, for example liking garlic pizza or forgetting your password, is for the gays. A queer person will post one of these universal experiences, and everyone who responds will agree. But thanks to online communities built by the algorithm, everyone who responds is also queer, and thus forgetting your password becomes ‘gay culture’. Also this rock keeps tigers away. 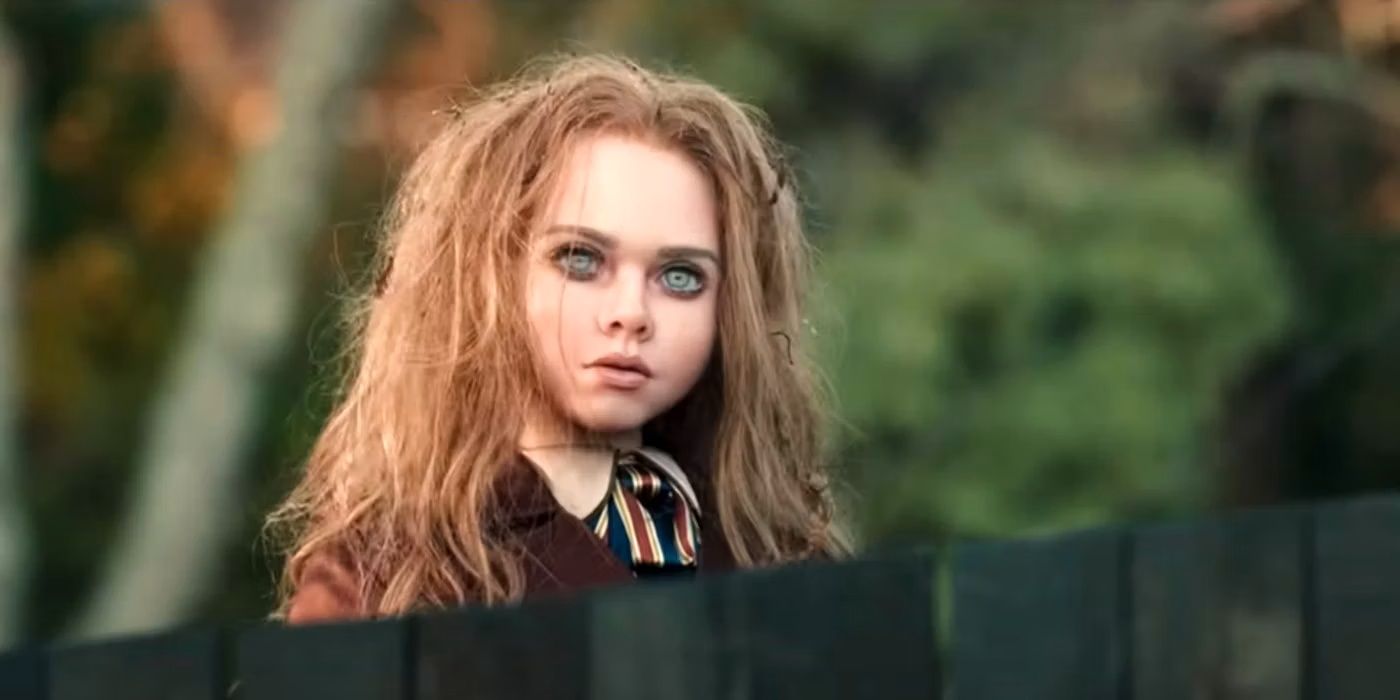 M3GAN is for the gays in ways beyond this. Yes, it’s a universally appealing movie – the perfect January flick with campy horror and modern laughs over a lot of horror’s outdated slapstick or overly cerebral satire. But there is a deeper queer appeal. Writer Aleka Cooper suggested in SFX Magazine that the reason is because the central plot of adoption “resonates for a lot of people in the gay community, the idea of found family”, which is a strangely off the mark take for someone who has created an acutely self-aware film.

The reason M3GAN has this queer appeal is twofold. Firstly, she is the sort of well-dressed, immaculately styled bitchy villain we see deliver punchy burns in our favourite sitcoms. She’s Chanel Oberlin, she’s Blair Waldorf, she’s Regina George. Secondly, from her blonde wig to her poofy bow to her energetic dance moves, she’s basically a killer drag queen. M3GAN starts with a satirical advert for what is essentially a combination of Furbies and Funko Pops, mixed in with the worrying trend of kids being obsessed with iPads, and immediately nails the tone with TikTok-era humour that never feels like it's trying too hard. Despite us all being in on the premise, it takes a long time for M3GAN to become the killer doll she's pitched as, and that care to establish her character in what is already a short and breezy 102 minute movie only helps M3GAN's appeal as a pretty little bitch.

It's always encouraging when a movie with no storied IP behind it becomes a breakout hit, especially one so creative in its premise and so cheap to make. M3GAN is, oddly for a movie about a killer doll, incredibly heart-warming to think about. Right from the first trailer, which remixed Taylor Swift's It's Nice To Have A Friend (sadly absent from the final cut), M3GAN has understood its queer appeal and tapped into what makes this version of such an old trope feel fresh and unique. I hope the inevitable sequel continues to understand its own charm.