Why Did No One Tell Me The Original Legend Of Zelda Is A Bullet Hell?

I didn’t write a shame of the year piece outlining a gaming resolution for 2023, but after reading them all I was inspired to fix one glaring issue with my gaming knowledge. Despite owning almost all Nintendo consoles since the Game Boy Color, I’ve never finished a Zelda game. I’ve played plenty. I had Link’s Awakening on GBA, Ocarina of Time and Majora’s Mask on my GameCube, and my housemate has Breath of the Wild on Switch. I once got pretty far into the Ocarina remake on the 3DS before, but as always, I bounced off. This year is going to be different.

I’ve decided to play as many Zelda games as I can this year, in order. This infuriated Features Editor Eric Switzer so much he wrote the “correct” order to play them in an attempt to make me see reason. Pfft, what does he know? Release date order all the way baby!

Turns out the man had some good points. The Legend of Zelda is a punishingly difficult game. The 1986 original that spawned the entire series was widely heralded as the best game ever made when it first came out, and I can see why. It’s open world, non-linear, packed to the brim with secrets, and once you’ve got a few extra heart containers and a better sword, it’s very fun. It is also – and I can’t believe no one has mentioned this to me in the 25ish years I’ve been able to comprehend the spoken word – a bullet hell. 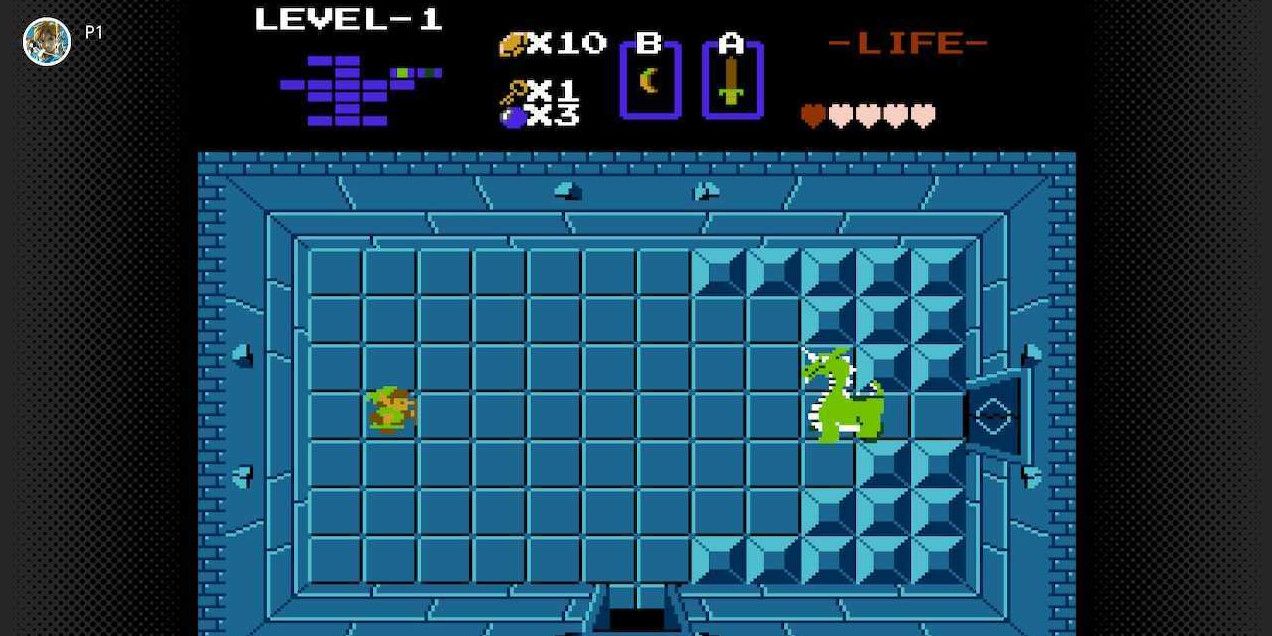 There are so many enemies on screen and all of them damage you as soon as you touch them. Half of them are firing magical swords or arrows at you. There are flashing immortal orbs that prevent you from attacking once they hit, bats flying everywhere, actual mummies, and knights who can only be attacked from the sides or behind. It’s a bullet hell through and through, and one of you bastards could have warned me before I started. So now I’m warning the rest of you.

I worked out pretty quickly that you can use Link’s trusty shield to block a lot of the incoming projectiles, but oh my God there are so many all the time, and this only works when you’re not attacking, so timing is important. Despite this, the difficulty curve is solid, which is impressive for a game this old. It slowly starts you off with the Octoroks and Zora, gradually moving onto Keese in the first dungeon. But then a fucking dragon is blocking the door and the thing spits fireballs that Link’s shield can’t block. It’s a vicious warning of how tough the game is about to get. 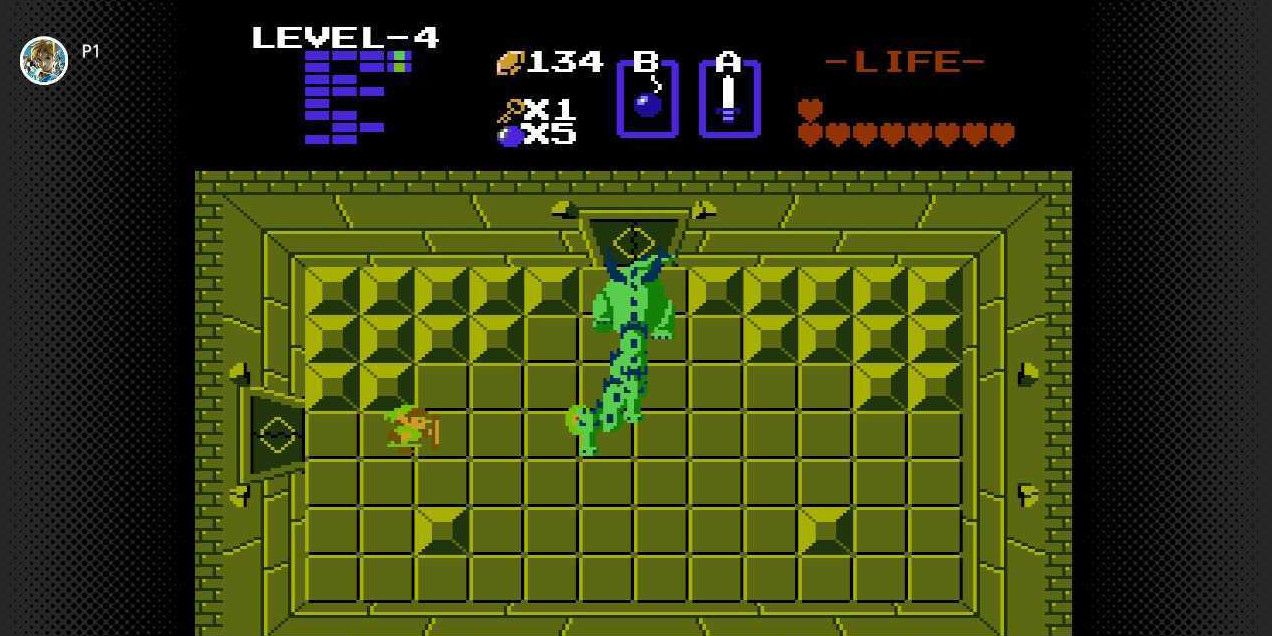 I realised, after valiantly slaying the dragon but then being completely unable to find the second dungeon, that this game has to be completed with a guide. I’m not a kid who can spend eight hours a day playing this game, endlessly grinding and planting bombs on every wall and lighting every single tree or bush on fire. I’m an adult with a full-time job and a couple hours each night to play my silly little games. That means puzzling it all out myself is nixed and guides are on the menu.

A walkthrough on YouTube is exactly what I needed to enjoy this game fully. It recreates the playground nature of old games, trading tips and secrets with your mates, figuring games out through a group effort rather than going it alone. It’s a lot easier now thanks to the internet, but thanks to the live recording and voice-over of this particular walkthrough, it felt like playing with an old friend. 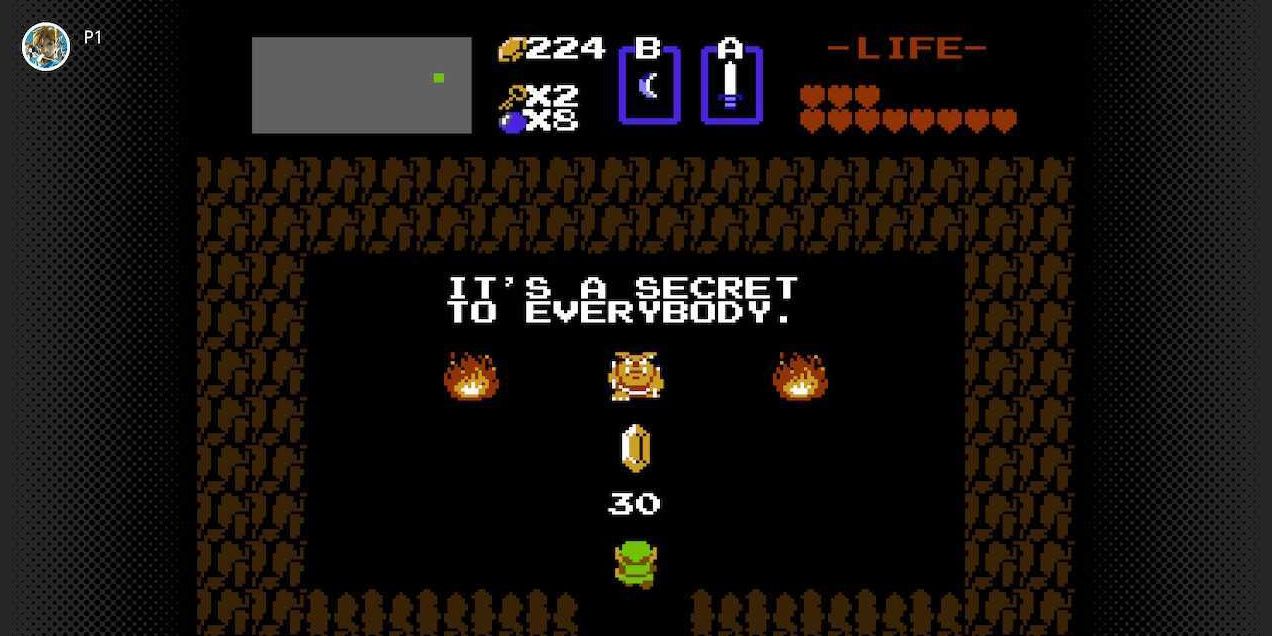 There are loads of hidden caches of rupees around the overworld, with entrances obscured by burnable bushes. When you enter, a man inside says, “It’s a secret to everybody.” I don’t think this means, “Keep it a secret from everybody.” It means, “This is a secret everyone knows about, keep it that way, share it.”

There are too many secrets for one player alone. I found the entrance to dungeon nine by myself because that rock formation looked far too peaceful to not be a hidden door, but the opening to eight is hidden underneath a random bush. How the hell is anyone meant to figure that out without either a guide or hours of mindless trial and error? 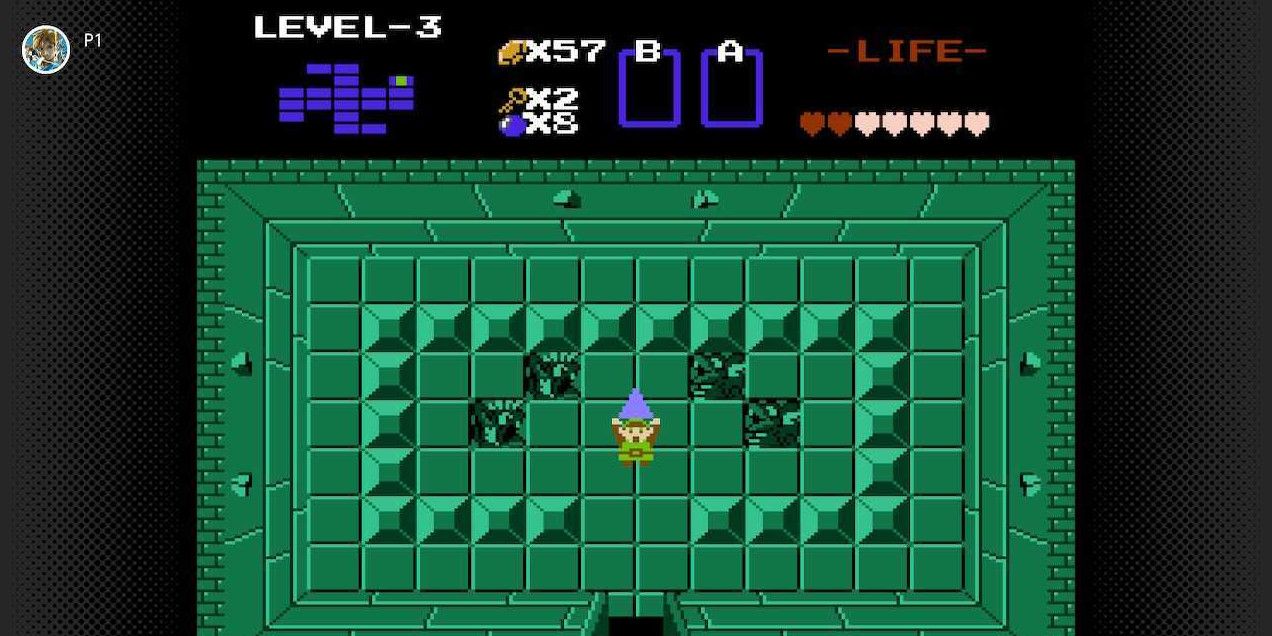 The walkthrough made everything more enjoyable, and also made surviving the bullet hell a lot easier. I could have had five hearts, a better sword, and bombs before I even stepped foot in the first dungeon, yet I just charged in headfirst and wondered why I was getting stomped. By the time I faced the fifth dungeon, I had twelve hearts, the best sword and shield, and the blue ring that halves all damage Link takes. And those dungeons are still a challenge. It proves to me that you’re meant to be this strong because the game really is that hard.

I usually hate games where you take damage just because you touched an enemy, and I wasn’t having fun until I started following the walkthrough, but now that I have a guide to provide me with hints and a sense of direction, the whole journey has become a lot more manageable. I’m no longer playing out of a sense of duty, but because I’m enjoying myself. It’s amazing seeing where this series got its roots, and the fact the general formula remained fairly unchanged up until the Nintendo Switch is a testament to how well it works. 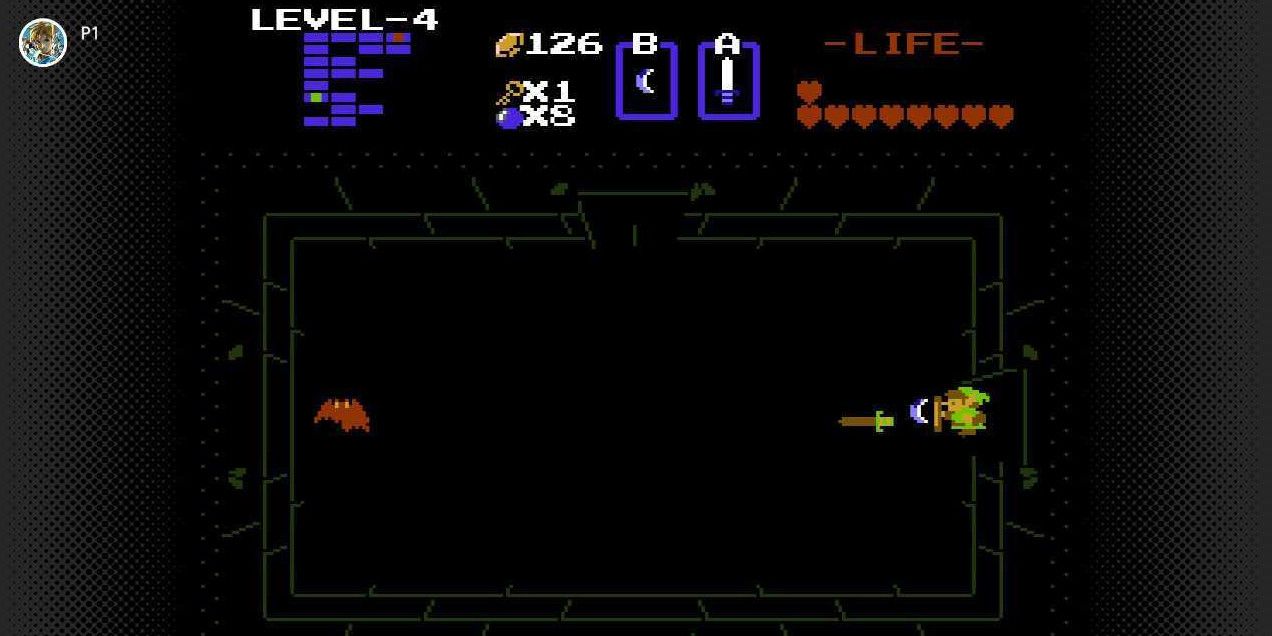 Switzer bet I’d never finish this game, and he’d have been right if I tried to tough it out on my own. Thankfully, guides exist. We may not be in the playground anymore swapping tips, but we all still want to help each other out and be a part of that wider community. It’s dangerous to go alone, so take this and make sure you grab these heart containers and this sword oh and also this is a hidden door and…