Which Pokemon City Would Be Best To Live In?

Your favourite Pokemon region says a lot about you as a person, with arguments often growing heated as fans try to settle their debates. We know Hoenn has too much water, but it’s also got Sootopolis, and besides, we're all bored of Kanto by now so your argument is moot. When you get into favourite cities though, things get even more personal. Fortree sounds like a vibe to me, but I won’t shame you for opting for Celadon’s department store of delights, you capitalist swine.

But I’m not here to harp on about which Pokemon city is my favourite, I’m here to figure out, once and for all, which would be the best to live in. Objectively speaking, that is. Don’t ever say we don’t do hard hitting journalism here at TheGamer.

To further explain the concept, I’ll use the Sootopolis example again. It’s undoubtedly one of my favourite cities in all of Pokemon, but it’s just not practical to live there. Can’t wait to move into my new house, which I have to get to via submarine. Which brings me to another point – for the purpose of judging practicalities, we don’t have Pokemon in this debate. We’re not a trainer, we’re just regular Joes hopping in the back of our mom’s truck to move to a new city. Once we’ve found a house, settled down (if we want we can marry), we can’t Fly across regions or Surf to nearby locales. This is about the practicalities of Pokemon cities, not just how nice they look. 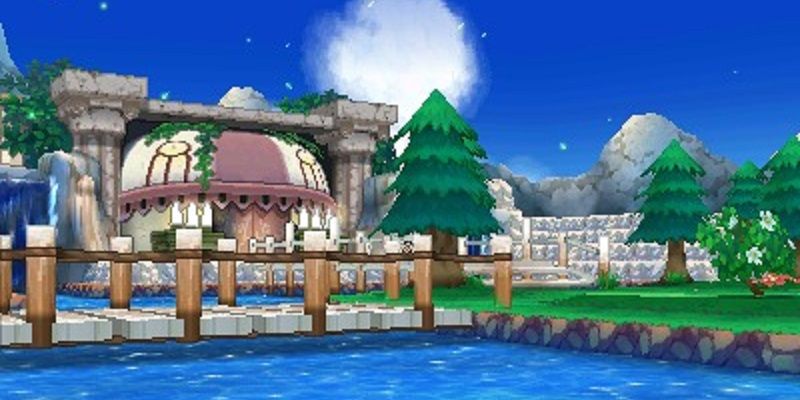 Now we’ve got that sorted, let the games begin. My plan is to figure out the best city from each region, and then pit them against each other to find the ultimate destination for your Pokemon relocation. We’ll go in generational order.

The best city in Kanto is difficult to decide on. While the likes of Cinnabar Island are really cool, living on an active volcano is vastly unsafe (see: Pokemon Silver & Gold), and although the goths would pick Lavender Town, living in a haunted village is not for me. The house prices would probably be lower because of that, though. Celadon is probably the capital city of Kanto, and has the best shopping district, but it’s nearly as boring as Cerulean. Editor-in-chief Stacey Henley’s tour of Kanto has already wiped off most of the early cities, although Pewter has a surprising appeal thanks to a particularly beautiful flower garden, as well as its museum.

Vermillion City has great transport links – you can get to Johto by boat or most of Kanto by foot, but Fuchsia takes the top spot for me. First of all, it’s got the Safari Zone, which is basically a zoo, right? Who doesn’t love a zoo? Especially as we aren’t trainers in this situation, so the Safari Zone is the safest way for us to see Pokemon and interact with them. Need to go shopping? Celadon is easily accessible by bike, and you’ve even got a beach! What’s not to like? 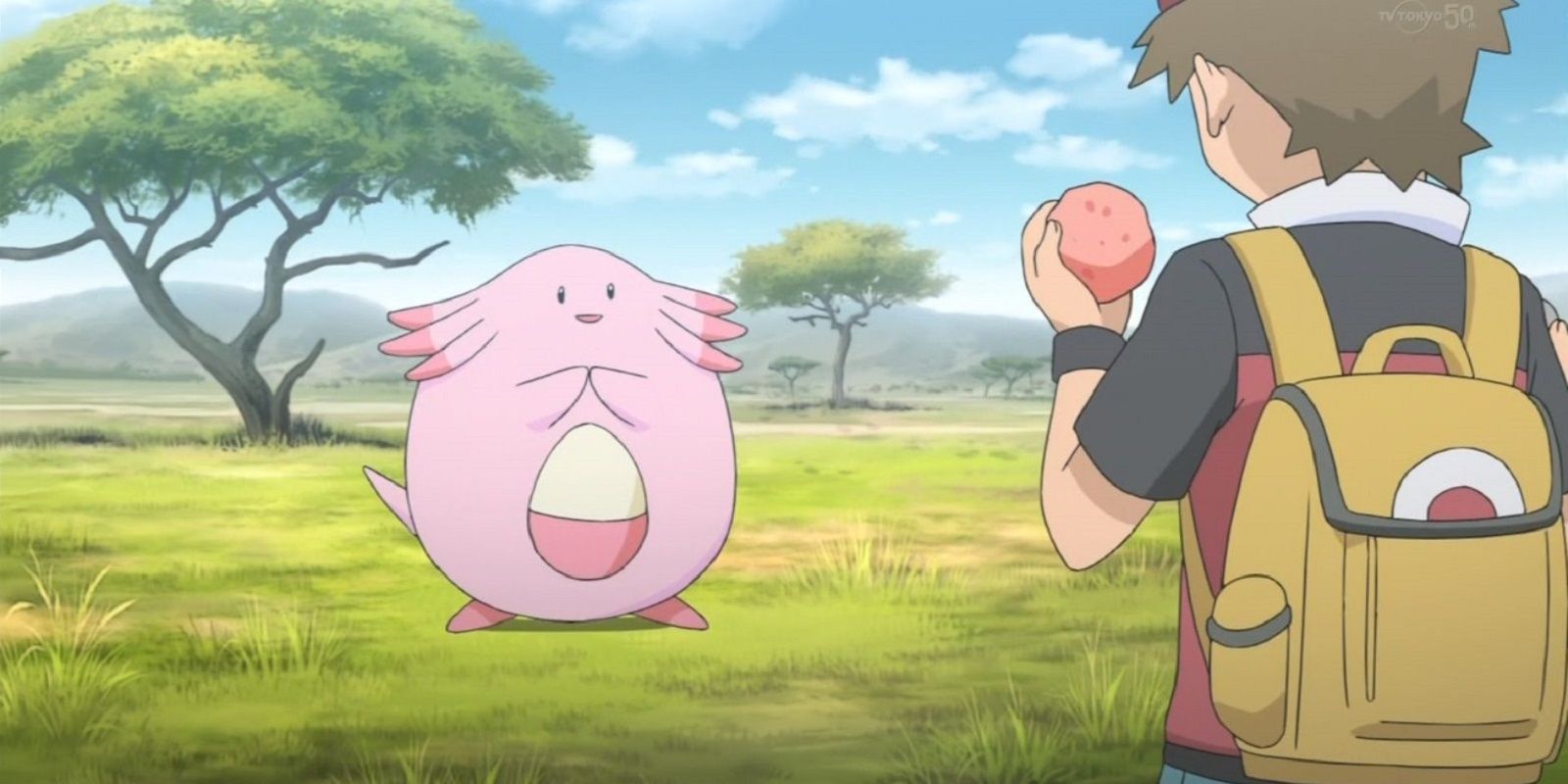 Now, to Johto. I’m not going to go into as much detail about every region, so I’ll just give you the highlights: Olivine has a great ferry service and a handy lighthouse, Goldenrod has train links as well as all the trappings of a major city, including a lovely park in the north. Despite being rendered in two dimensions back in Pokemon Gold & Silver, it’s one of the most three-dimensional cities Game Freak has ever made, but it might just be too big to feel like home. That’s why I’m opting for Ecruteak City as Johto’s most livable city. You’re near enough Goldenrod if you want to head to the casino or nip to Kanto, but far enough away that you don’t have the incessant bustle.

When I lived in Brighton, on the south coast of England, I could look out of my window and see the charcoal remains of the West Pier, which burned down decades ago. It’s an impressive ruin, and I think that the Burned Tower would have a similarly exciting effect. You’d have far less students on the rip though. Ecruteak also has a dance studio, which is handy. 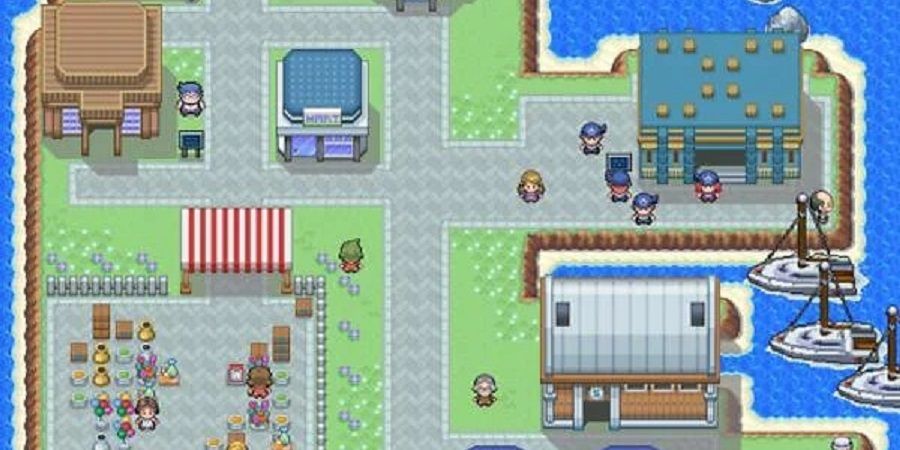 I’m not completely against department stores, I promise, but Lilycove is a tourist hotspot – you can tell from the hotel – and having an evil team’s lair on your doorstep is less than ideal. Slateport is a bit industrial, sure, but it reminds me of places like Gdańsk and my home city of Liverpool. I know I said personal preference wouldn’t come into this, but port cities are thriving, multicultural, and generally exciting places to live. Who cares about some shipbuilders clanging away when you have a market, a museum, and homemade lemonade sold on the beach? Mr Briney’s ferry would definitely be a hit on all travel Instagrams across the region, and the rest of Hoenn is accessible by bike. What’s not to love?

Sinnoh lacks any real options for liveable cities if I’m honest, but if you want a glimpse of the future then Sunnyshore is the place for you. Roads made of solar panels feels like a glimpse into a Cyberpunk (or more accurately, Solarpunk) future, and you could be a part of the eco revolution in the Pokemon world. Plus, your energy bills would be rock bottom. There’s not a lot else going for it, though.

Unova gave us our first glimpse of 3D cities proper, and I’ll never forget the first time I stepped foot in Castelia City. Its skyscrapers towered over me and businesspeople rushed past, showing a New York-style hustle and bustle that no Pokemon city before or since has ever managed. In general, Unova’s seasonal weather and propensity for natural disaster by way of Legendary Pokemon makes it a risky place to settle down, so we may as well opt for the Big Applin. Nimbasa gets an honourable mention, but who wants to actually live in a theme park if you’re older than the age of 11? 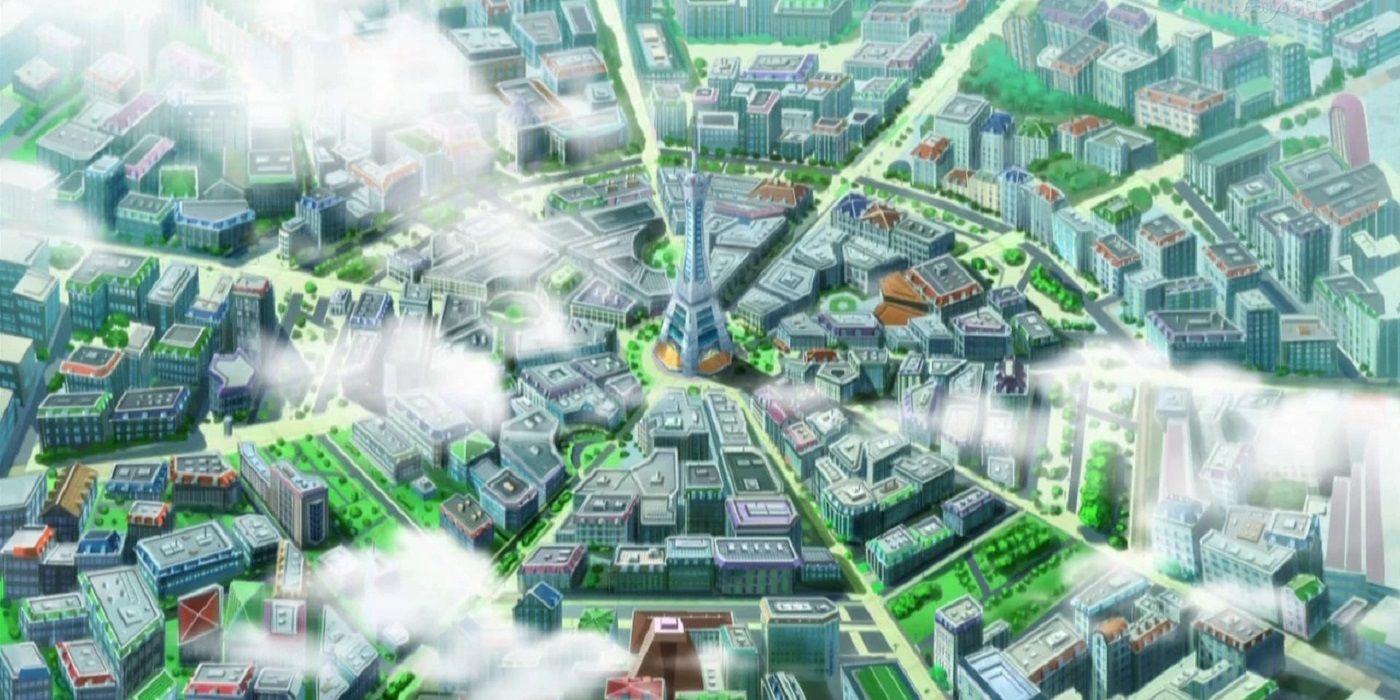 If Castelia City set the new bar for Pokemon cities to clear, Lumiose iterated on that perfectly. It’s a divisive city, but the cute back alleys and cafe culture are easy to get lost in – maybe that’s because a lot of the spokes of Lumiose’s shape look similar, but it gives the feeling of exploring a new city. You’ll get to know the best secret coffee spots and eat the finest fresh croissants, so long as you avoid that one notorious Team Flare cafe. You might spend a lot of money on taxis and coffee here, but it beats the extortionate heating bills you would shell out for in Snowbelle City. Plus, you’re right at the centre of Unova, so exploring the rest of the region will be a walk in the park.

Alola is a difficult region to settle in because it has so few cities to speak of. The towns are nice, but there’s rarely a lot there. I guess that’s the point of moving to an island retreat, though. It's for this reason that I’m picking Hau’oli Outskirts as the best place to move. Kick Elio and Selene’s mom out of the singular house in this stretch of island paradise and enjoy the sunshine. You’re near enough Hau’oli City to get your shopping essentials, malasadas, and boats to other islands, but you’re off the beaten track enough to have some peace and quiet. Just watch out for all the newbie Pokemon trainers getting their first companions nearby.

Finally, we come to Galar. There are a lot of beautiful cities in this region, but they often lack depth. Postwick is wonderfully quaint, but that would bore me after a week or so (besides, we all know that there are no PokeStops in rural areas). Ballonlea is one of my favourite cities in all of Pokemon, but having to walk through a haunted forest to get home after a night at the pub? No thanks. Circhester is based on the beautiful real-world Roman cities of Chester and Bath, but if the IRL rent is anything to go by, we’d probably be priced out of this exclusive area. 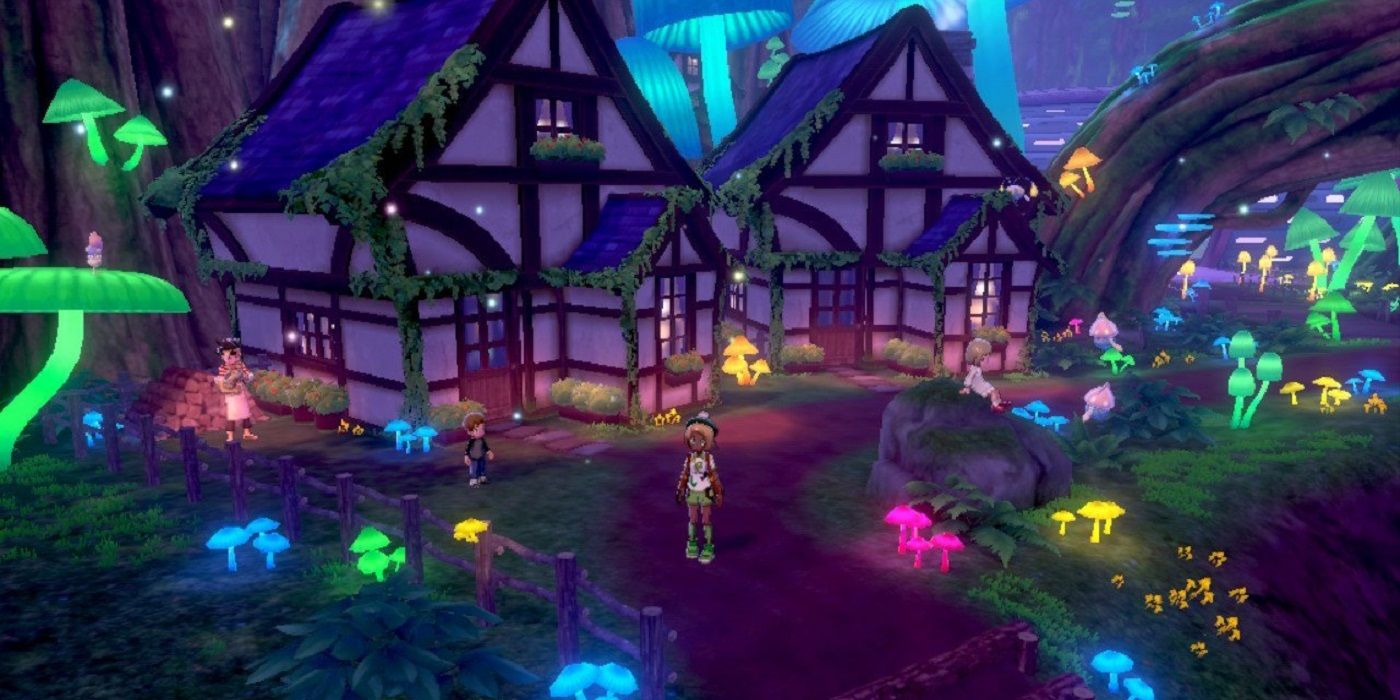 Unfortunately, this means we’re looking at the big cities again. Between Wyndon, Hammerlocke, and Motostoke, the latter is the best place to live. Wyndon’s too big, too capital-y, too close to the base of the evil Chariman Rose – I bet he’d cause a nuclear meltdown by harvesting too much Dynamax energy before too long. Hammerlocke has one more Pokemon Center than Motostoke, but as you’re not a trainer, this hardly matters. Hammerlocke also has the benefit of being an actual castle, but I think that would present more problems than you’d think; imagine your commute being interrupted by waiting for a drawbridge to open like some medieval peasant. Motostoke is industrial, sure, but it has its quirky side, too. You can go shopping for vinyls, go camping (carefully) in the Wild Area, or head to the Gym to watch a spectacular Pokemon battle.

Now we’ve nailed the most practical city from each region, which of these is the best to live in, though? It really depends on what you’re after. If you want to live in the big city, I’d vote Castelia – unless you really like your coffee, that is. Motostoke and Sunnyshore don’t really come near the top for any criteria if I’m being brutally honest. Ecruteak’s probably for you if you’re a history buff, as is Hau’oli Outskirts if you want to enjoy the quiet life, but they’re not the best all-rounders. Which leaves us with Slateport and Fuchsia. They’re actually very similar cities when you think about it – they’re coastal, they’re linked to their regions by sea and cycling, and they’ve got some cultural landmarks. I guess it comes down to whether you prefer a zoo or a museum, and there’s only one answer there. 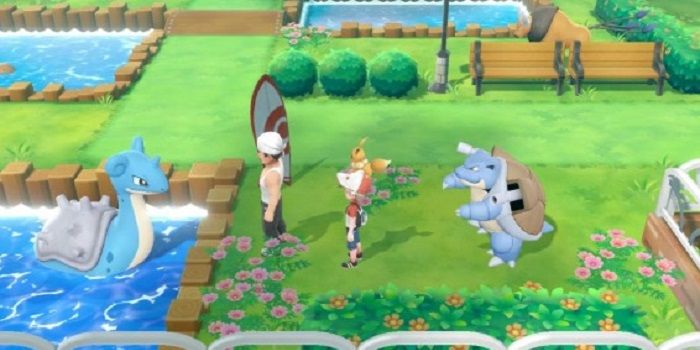 Fuchsia City in Kanto is the best Pokemon city to live in, and it came down to the Safari Zone. I’m already packed, so you’d better start getting your stuff together. No, you can’t disagree, this has been a completely objective review of Pokemon locales. Now, where do we hire some Machoke to help with the move? I think you might have to hop in the back of the van, though. Sorry about that.