When Did Everyone In Pokemon Get So Rich?

I remember the days when all your Pokemon protagonist had was a two-room house with a telly, a fridge, and a bed. I assume your mom slept on the couch, or maybe you top and tailed in the one bedroom? When you move to Hoenn, you’re taking the trip in the back of the removal van, which is not only highly illegal but also shows that you don’t have the cash for a inter-regional taxi. Your mom is already unpacking your stuff when you arrive, with the help of some friendly Machoke, so I assume she rode in the cab and you were just trapped in the trailer by large cardboard boxes.

The first thing I noticed about Scarlet & Violet was how big our house is. It’s a massive clifftop building with a kitchen bigger than the entire floorplan of Brendan & May’s Hoenn habitation, complete with vegetable patches in the garden (do you know how sought after allotments are?) and more space than two people, one of whom is moving out, would ever need. The second thing I noticed was that Nemona’s house is even bigger, a mansion with floor-to-ceiling windows offering unparalleled views of the ocean. You can even chat to her servants.

They’re the kind of buildings that you half expect Kevin McCloud to walk into to talk about the “breathtaking use of natural light,” and ask how far over budget Nemona’s parents went. When did this happen? When did Pokemon characters get rich? Did they invest in Bitcoin after Gen 5, or did your rival bump off an elderly relative to pocket the inheritance? They can’t get all that cash from Pokemon battles, can they? 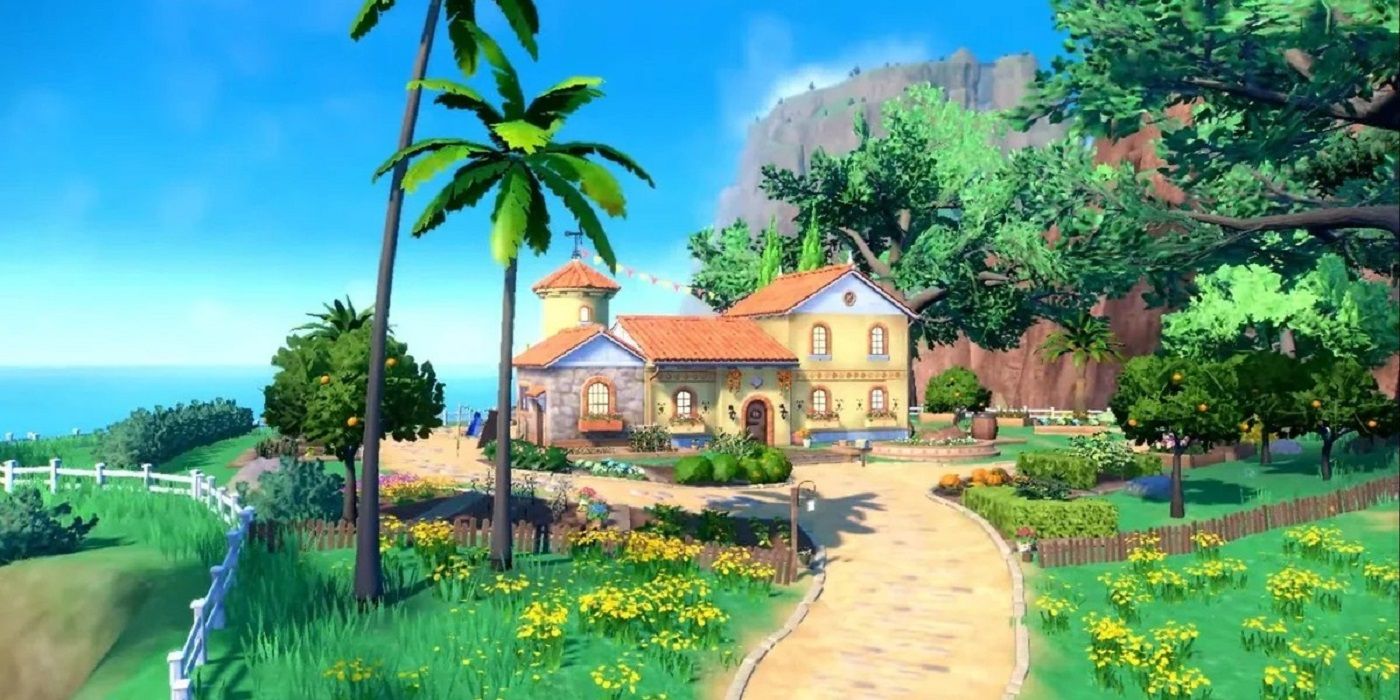 First, I needed to find out exactly when Pokemon characters got so rich. My first thought was X & Y, seeing as your mom is a celebrity in Kalos. However, Rhyhorn racing clearly doesn’t have the same investment as football, because your house is still pretty small. Her racing pedigree gives you two massive tellies and her own bedroom for the first time, but it’s still a small house.

The upsizing begins with our move to Alola. Your mom clearly did well out of the divorce, and bought a beach house on an idyllic island. Sure, it’s a bungalow, but it’s got two bedrooms and a massive open concept kitchen, and you’re seconds away from the beach. A short walk further, and you’re at the island's biggest town. While houses that follow may grow in size, I doubt many come more expensive than this.

Your quaint cottage in Galar has similar vibes. It’s big for a cottage, maybe even bigger than the beach house, but the prime location will drive the price right up. Think of old villages in the Cotswolds, where there are more Wooloo than people,everyone looks like Jeremy Clarkson, and they’re as racist as him, too. Postwick has those vibes, and your Galarian gaff will have set your mum back a fair few Nuggets. 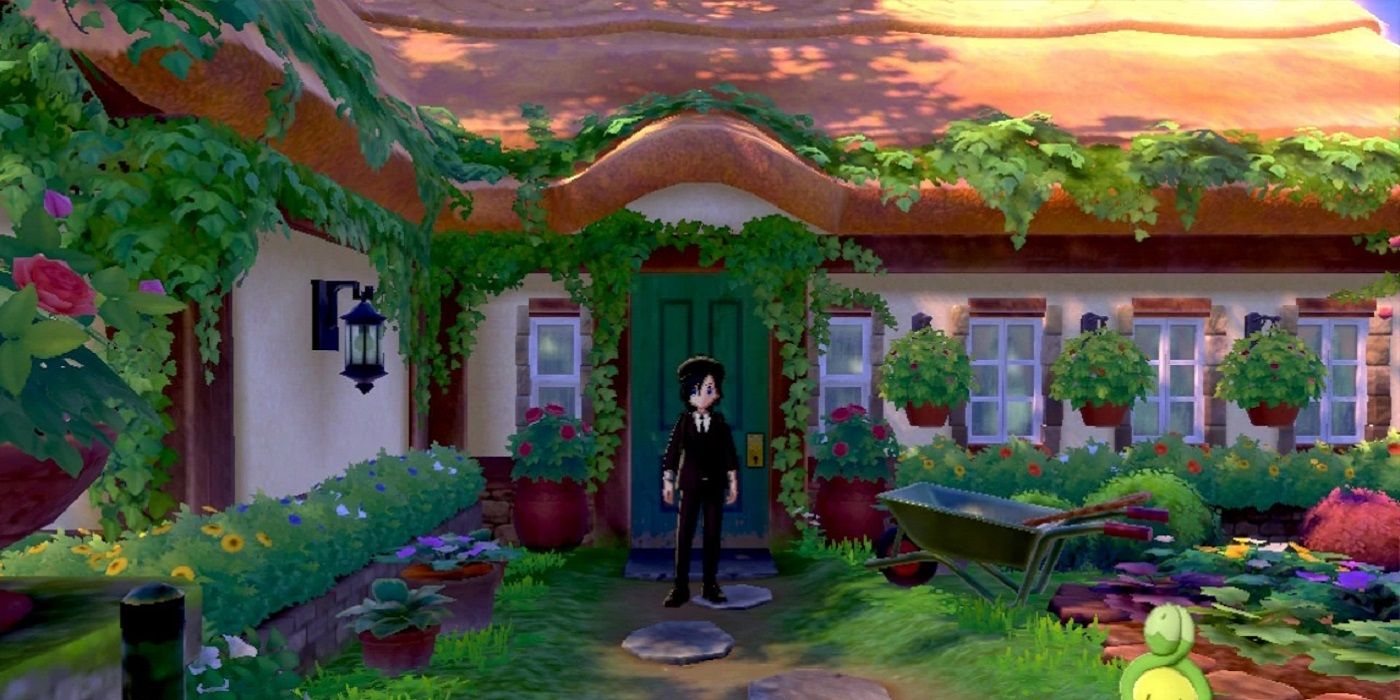 Those two houses pale in comparison to your Paldean house though. It’s big and lavish, but fits right in with the rest of the region. Nemona's not the odd one out here, all of the students are minted. You can tell that the Academy is a private school. It’s massive, the kids have to wear their uniform at all times (even outside of lessons), and you board. Let’s face it, it’s like Hogwarts but you beat up monsters instead of mudbloods.

So where has the money come from? Your mom just has enough cash to splash on a huge home, knowing that she’ll live there alone as you head off to an expensive boarding school in the capital? She’ll happily spend her days tending to her vegetable patch and living, laughing, and loving her way through her new life in Paldea. I’d love to spend my evenings with a glass of wine overlooking those stunning views, but that’s not an option to many of the series’ other protagonists, or their moms. 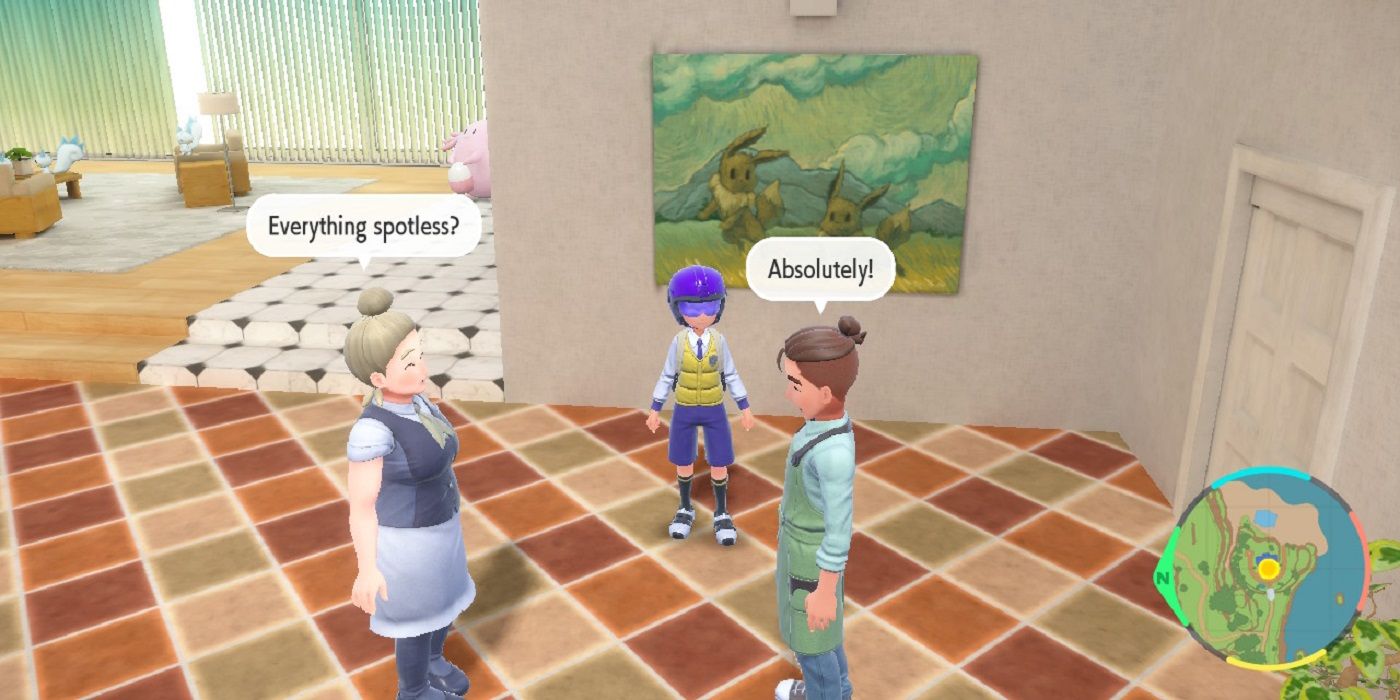 Perhaps she’s got a Gholdengo trapped in her basement, creating piles of cash that she tells the taxman is earnings from her self-employed vegetable-selling business? Perhaps she was just born into money and our family has always been well off – we seem to fit into private school life pretty easily, after all. I think she’s on The Pokemon Company’s payroll, though. Like the developers are often featured in the games as easter eggs, I think the company is rewarding our mom for years of hard work. She’s a single parent who has shepherded the series’ protagonist to greatness, not only becoming the Pokemon League Champion nine times over, but also raising the company and franchise to success after success.

Pokemon is a global franchise now, so much more than just the games. And that’s because of you, the player, buying every new title and lapping up everything else, too. The cards, the plushies, you want it all, and if you’re the central character in every Pokemon story, then the reason you’re in so deep is because your mom gave you a kick out of the front door, hooking you up with the Professor and a Pokemon. After decades of pushing you to be the very best like no one ever was, and helping you into the Pokemon ecosystem while she did, your mom is finally collecting her paycheck from Big Pokemon. And no, I’m not talking about Snorlax.