What Is A Dragon Break In The Elder Scrolls?

When it comes to long-running video game series with intriguingly robust lore, precious few can stand alongside the decades-old behemoth that is The Elder Scrolls. From Imperial City to Vvardenfell, High Hrothgar to Black Marsh and Elsewyr, every corner of Tamriel is bursting with intoxicatingly complex scene-setting.

Some Elder Scrolls lore makes bigger waves in fandom than others. Take dragons, for example. These perennially popular winged beasts gave an already-famous franchise a serious updraft when Skyrim launched in 2011, paving the way toward a level of success that Todd Howard and his companions could never have anticipated. And so it must be asked, what is a Dragon Break in Elder Scrolls scripture? What does the term mean, what takes place, and what are the ramifications for those who call Nirn their home? 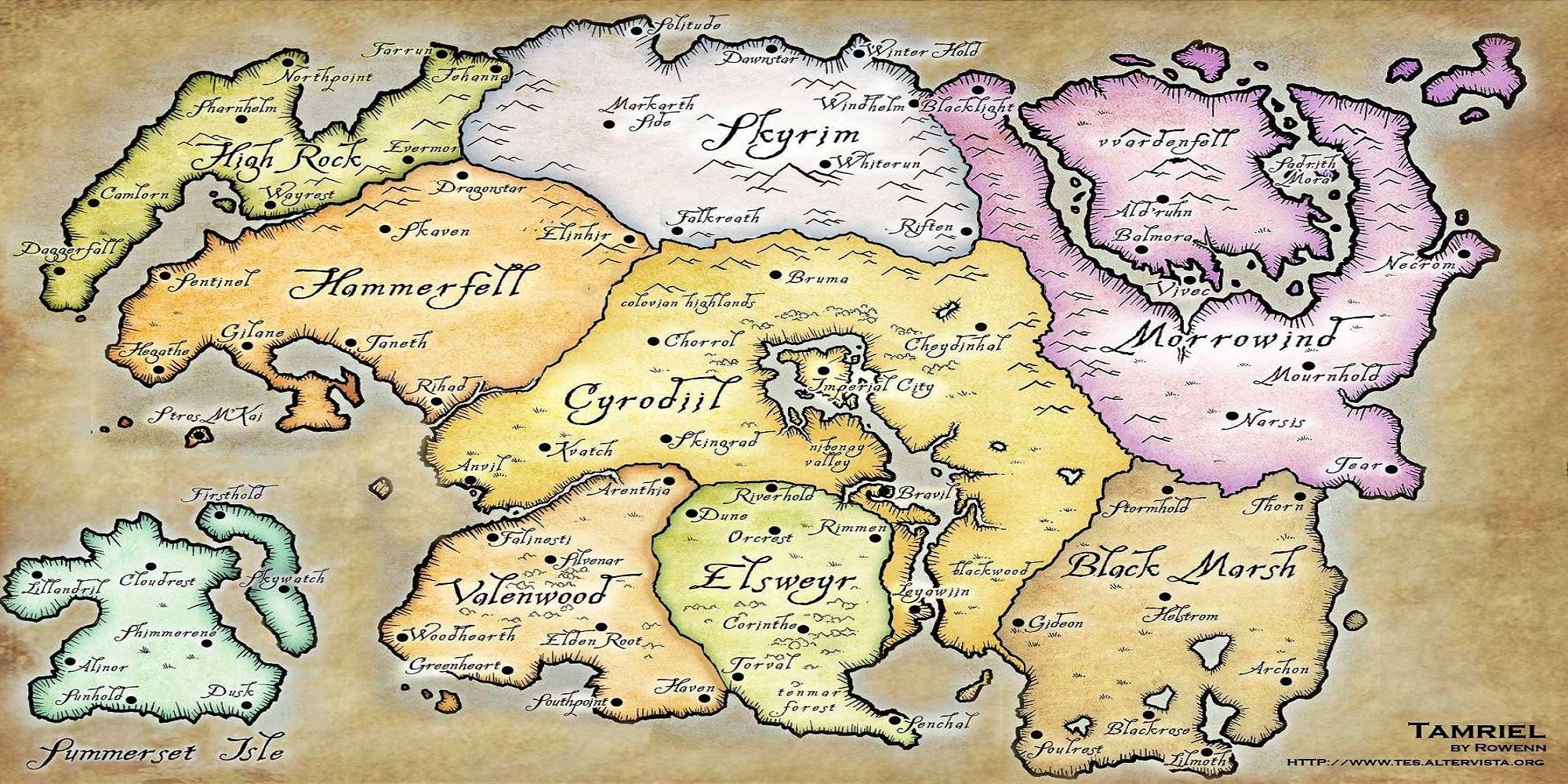 Forgive us the cheeky header, but it wouldn't be entirely beyond reason to label Dragon Breaks as "canon violations." The best way to grasp their meaning is to envision The Elder Scrolls at its earlier roots — Dungeons & Dragons is an excellent example.

Picture a local D&D campaign. The DM has spent hours copiously explaining the intricacies of the world in which their players' characters shall soon inhabit. You now know more about your friend's unique twist on the Forgotten Realms than you do about your own parents. Even your very breaths feel laced with the cold winds of the realm.

The first several sessions play out as your group had planned. Everything is as your DM stated that it would be. Then, seemingly out of nowhere, the cold winds are replaced with blazing heat. You ask why this has occurred. Your DM has no answer for you. No matter how much you attempt to ascertain what has taken place, an overwhelming sense emerges that it may be well above your character's pay grade. Whatever happened… happened. This is your fiction's reality now.

So, what did happen? Well, it's Dungeons & Dragons, so there could be any number of answers. But let us bounce back to the topic at hand. If such a thing is to occur in The Elder Scrolls, there is a singular overarching explanation: a Dragon Break.

Dragon Breaks occur when linear time is broken. They are "a re-alignment of time and space," following on from any event that makes the normal continuity of reality impossible. In our D&D example, "reality" meant the campaign's location was frigid. Something changed, and it became warm. But what predicated that shift is beyond mortal comprehension. This is the crux of a Dragon Break; something changes, and mortals cannot explain why. 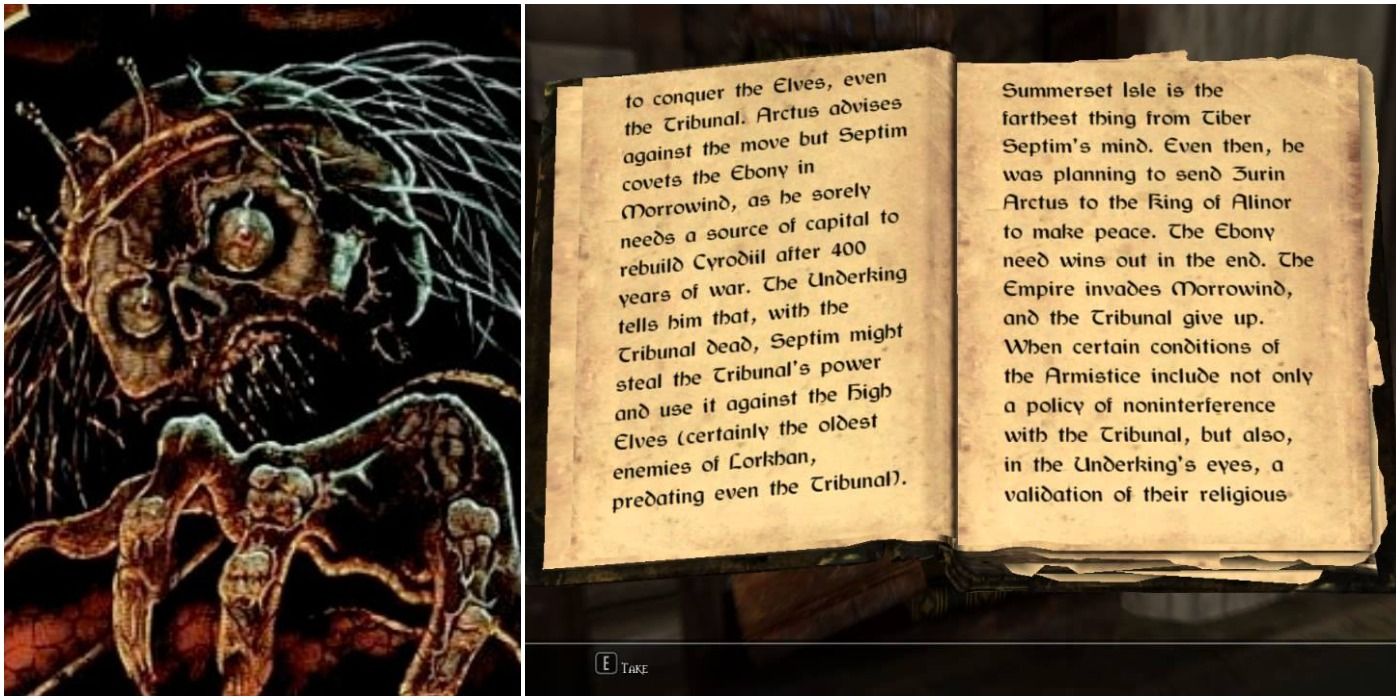 But don't misunderstand. Just because these things are beyond mortal reckoning doesn't mean they can't be triggered by mortals. That's just how pesky we are. While the precise incidents vary between Dragon Breaks — and, indeed, are inherently muddled to the point that exact understanding is impossible — sentient creatures with finite lifespans are frequent perpetrators. When mortals attempt to inherit dominion over innately divine matters, chaos tends to follow.

We're going to center our study on the most famous example of a Dragon Break in Elder Scrolls lore. This instance has nothing to do with Skyrim, nor Oblivion. It doesn't really pertain to Morrowind, either; but it's within the annals of The Elder Scrolls: Morrowind's own lore that it originates. This Dragon Break pertains to the second game in the series, Daggerfall, which preceded Morrowind by some years.

In The Elder Scrolls: Daggerfall, Bethesda's writers cleverly allowed players to trigger one of several endings. Each of the game's endings puts the powerful Totem of Tiber Septum into a specific nation's possession, granting them dominion over the lands in the Illiac Bay region.

Players were tasked with choosing whether to support Sentinel, Wayrest, Daggerfall, Orsinium, or the Empire in their various bids to control the mysterious Numidium, a golem of Dwemer design thought to be responsible for a prior Dragon Break many centuries beforehand. Only one organization could be chosen, the idea being that it's up to you to decide which group is most worthy.

But when Morrowind entered development, the writers realized that a decision had to be made. A canon answer, so that the epic lore of Tamriel could march forward. The one thing they didn't want to do was to invalidate the actions of any particular player group, so it was decided that the Warp in the West occurred, a mysterious phenomenon that lasted two days in-universe and resulted in all five rival powers gaining possession of the Totem of Tiber Septum. It's a bit more complicated than that — ultimately, peaceful coexistence is granted through decidedly Imperial rule — but this nevertheless meant preventing the eternal devaluation of four out of five possible choices.

That's all well and good, but how could a Warp in the West ever happen? The answer, of course, is through a Dragon Break. In this case, the activation of the Numidium is expressly to blame, not that the denizens of Tamriel are much the wiser for it. But what, then, is the Numidium, that can bring about such unfathomable canon synchronization? As we've said, the Numidium is a Dwemer-invented device. The Dwemer — virtually their entire race having vanished, by the way, as an unexplained consequence of their deeds — were a mortal race. A mortal race, attempting to inherit dominion over divine matters.

Wait, What About Dragons? 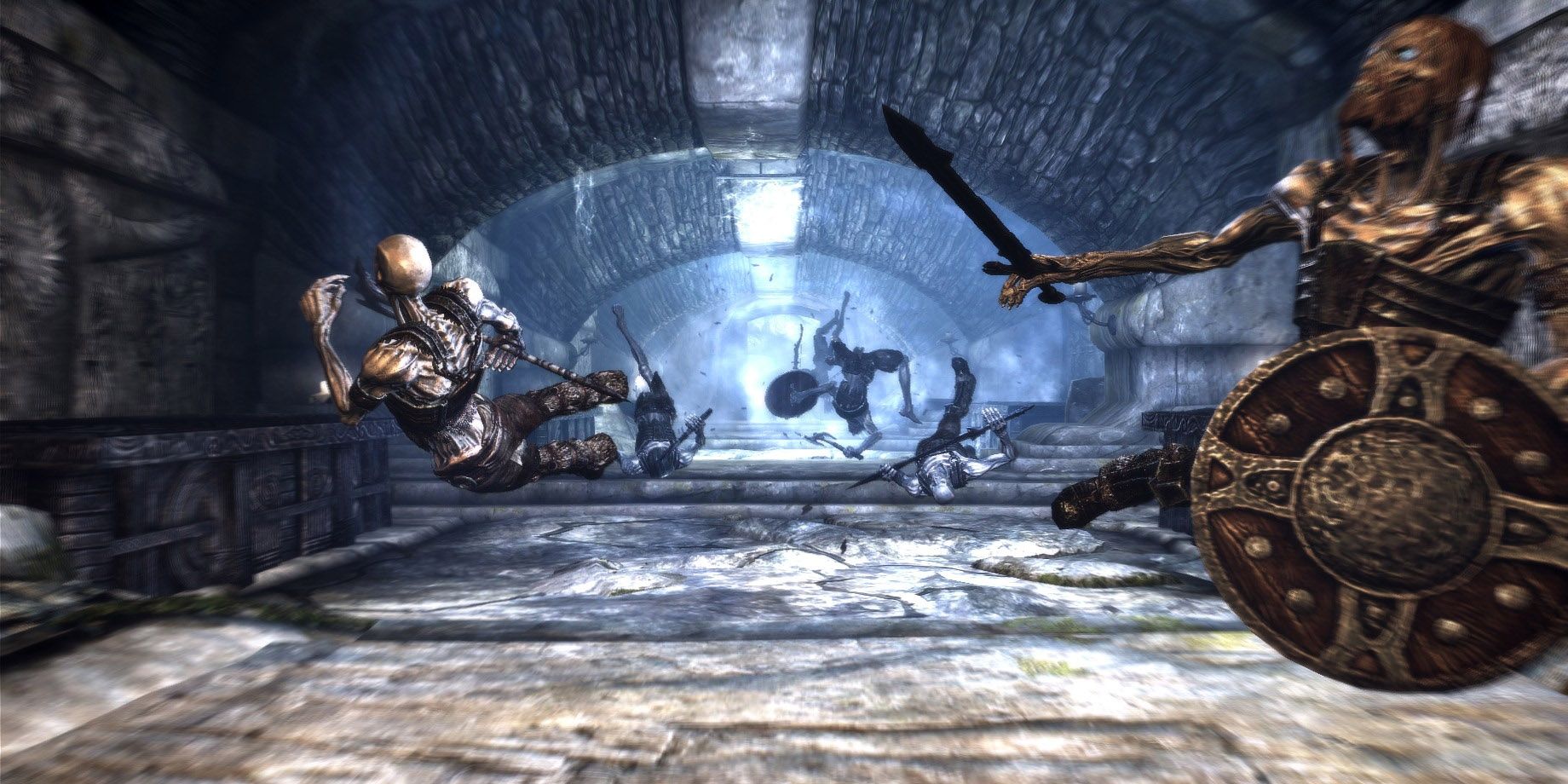 This leaves us with one very important question: why are these events called Dragon Breaks if dragons aren't necessarily part of the equation? The Dragon God, Akatosh, is said to be the God of Time. As the very fabric of time itself is distorted during incidents such as the Warp in the West, the correlation is not literal so much as rhetorical.

To close our examination of Dragon Breaks with another bit of real-world allegory, consider the vampire bat. Common in Central and South America, these animals' diets consist primarily of blood. But are these bats, in truth, manifestations of mythical vampires? Of course not. At least, most would say they aren't. But the name sticks, because the correlation is deviously apparent.

There's nothing preventing dragons from factoring into Dragon Breaks, but the name itself should not be treated as a direct implication.