What Does A Female Protagonist Mean For GTA 6?

The recent GTA 6 leaks being confirmed as legitimate by Rockstar adds an interesting layer to all of the discussions around them. I'm reluctant to dive too much into what the leaks actually reveal, given how early in development the footage is purportedly from and how much games change during production, but there is one major standout: GTA 6 looks set to have a female protagonist. Earlier reports (which came from discussions with devs rather than hacked video footage) suggested the game would have two protagonists – a white man and a Latina woman. The leaks confirmed this, and left us with a few questions about exactly what a female protagonist for GTA means.

Die-hard fans were quick to point out that GTA has had a female protagonist before, but that's more of a technicality at this stage. The original top down game did indeed have a generic female avatar to choose from, but ever since the series gained superstardom and began pushing the technological boundaries of what gaming could do, it has been a sausage party. While women have often adorned the box art in various seductive poses, few female characters of note have featured anywhere else, and fewer still once you take out those only there as sexual objects. GTA has always presented itself as being satirical, and while I agree that the clowns crying wokery are the exact buffoons GTA has been lampooning all these years, it has enjoyed the wetwork of satire a little too much. Beating up sex workers with no consequences says… what exactly about society?

Centering a female character makes for an interesting choice. Female characters can be the protagonist and still be wildly sexualised and exist mainly for the male gaze. See: most Joss Whedon characters. It's not exactly liberating if it's a female fist slapping sex workers to the floor before running them over in her car – a pink convertible, of course. GTA could easily fall into the 'more! female! landlords!' trap of seeming progressive aesthetically without addressing the conservative values that series has poked fun at so much it has come to represent them, regardless of what the game's intentions might be. Then there's the fact the character is Latina. On the one hand, GTA's satire has often been as racist as it has been sexist, so having a fresh perspective on the world could be helpful. On the other hand, every major Latina in video games is a sensual smartass with a familial history of crime and a personality best described as 'spicy'. Rockstar writes great characters but it also relies a lot on tropes as a foundation, and those tropes might be made of sand here. 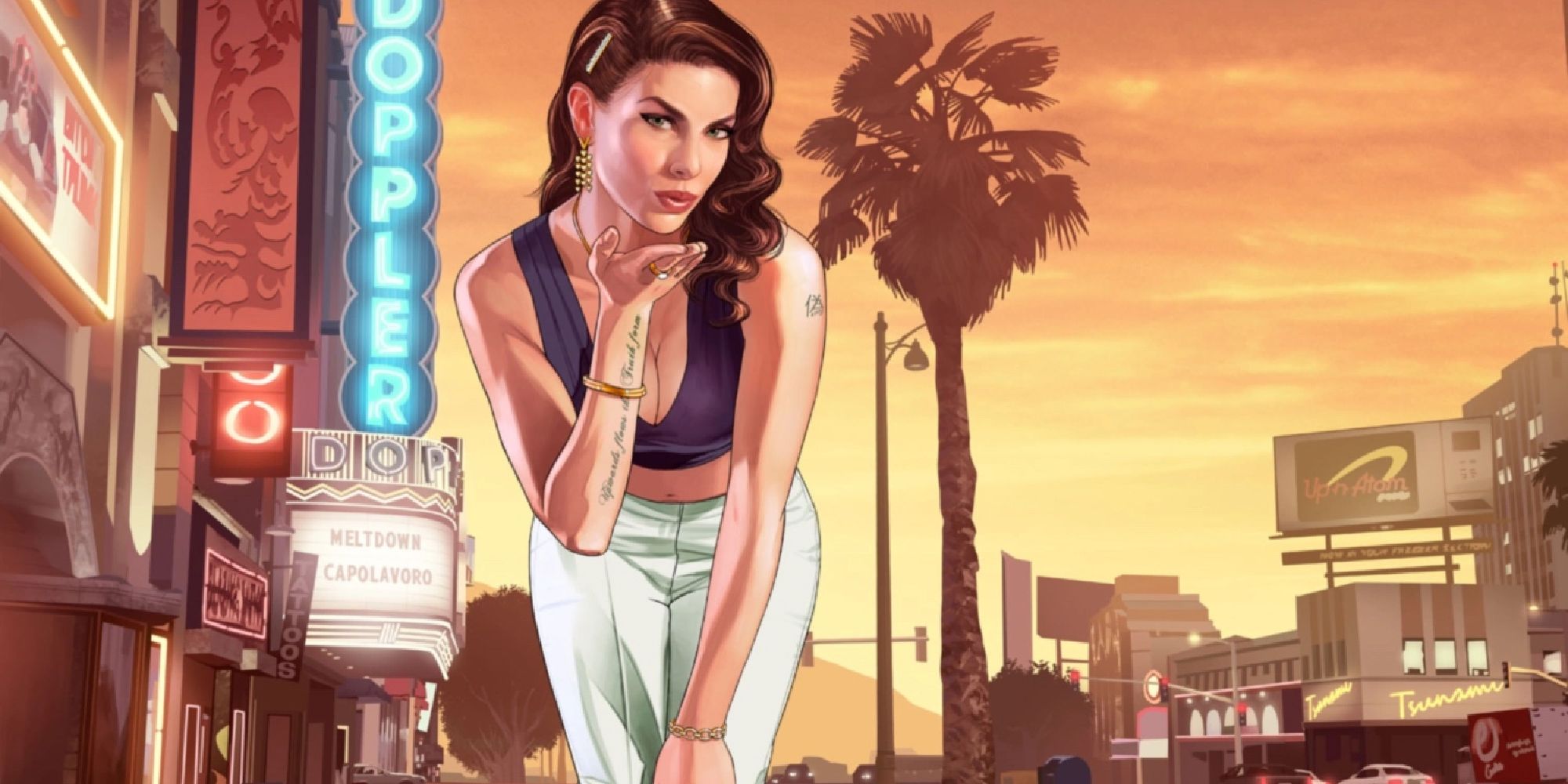 It's easy to speculate on what might go wrong. Let's put our worries to one side and pick up our hopes. Having a female protagonist in a world as reactive and real as Rockstar's means the differences men and women face in society surely has to be addressed in the narrative, and probably the sandbox too. It means we'll have a female perspective rather than female set dressing, and opens the door to a new layer of storytelling that was previously restricted by the cavalcade of emotionally stunted men who shoot first and feel feelings later. It means more rounded storytelling, more incisive characters, and a deeper understanding of the world. It could also mean some interrogation of the 'satire' that was really just 'be a bad person and laugh about it'.

Ultimately, having a woman of colour as the protagonist for GTA 6 is a bold call, even if it is offset by a white man to ensure the target demographic doesn't have to empathise with other people too much. The fact she even exists feels like progress, and feels like Rockstar might be aware that since the release of GTA 5 in 2013, the world has moved on, become more divided, and its brand of satire-while-actually-just-punching-down might not fly. Sadie Adler was a phenomenal character in Red Dead Redemption 2, so Rockstar can make this idea work, but taking the history of GTA into account it doesn't exactly have a sparkling track record. Reasons to be hopeful, but also to be concerned. The worst part is a significant chunk of fans feel the same way for opposite reasons, wary that this character might transform the game into a more modern tale, hopeful that it can stay in its edgy era of sexism and remorseless murder of sex workers. How much Rockstar takes those two factions into place will likely shape our female lead more than anything else.