Werewolf: The Apocalypse – Earthblood review – curse of the wolf 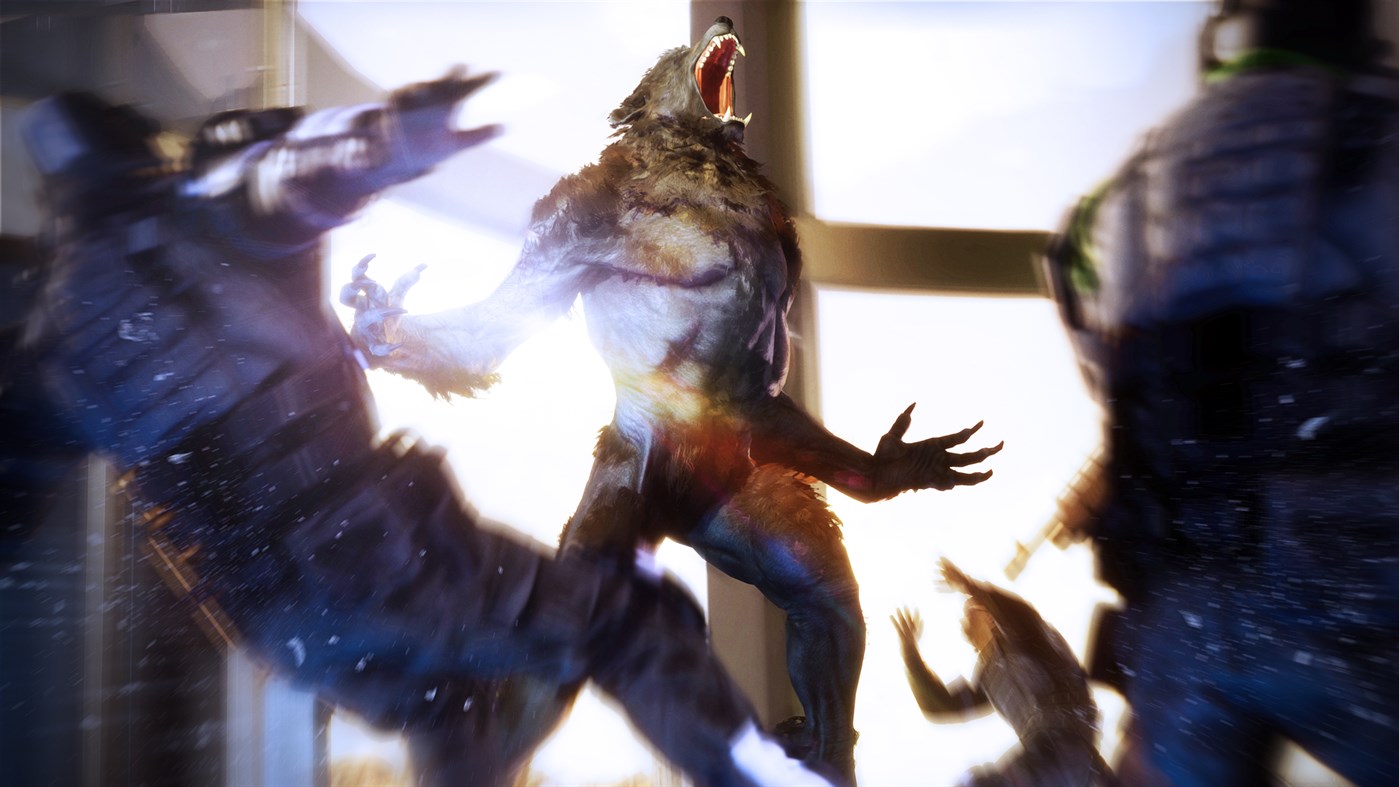 Part of the same fictional universe as Vampire: The Masquerade, how does this new action role-player compare to the classic Bloodlines?

There are a lot of pop culture concepts that seem like they’d translate well to video games and yet are almost never given the chance. There are at least a few decent ninja and pirate games nowadays but we’re still waiting for that big budget transforming robot game that we always imagined, and which came perilously close to being realised in Transformers: Fall Of Cybertron. But there are plenty of other obvious ideas that don’t even get that close.

Every time new superhero games are discussed it becomes obvious that Ant-Man (or Atom if you prefer DC) would be a fantastic idea for a video game, especially on modern consoles that could handle the change in sizes with relative ease. And now it occurs to us that werewolves are also a sorely underutilised concept, since transforming form human to beast writes itself in terms of game design. Unfortunately though, Earthblood is not the game to prove that point.

Werewolf: The Apocalypse is part of the World of Darkness series of tabletop role-playing games that also includes Vampire: The Masquerade (new game Bloodlines 2 is, sad to say, still suffering from endless delays and a steady stream of staff exits). Technically both games are action role-players but they have completely different developers and Earthblood is much closer to being a straight action game. Just not a very good one.

Thanks to its tabletop origins, Earthblood has a complex and often impenetrable lore. One which the game seems to purposefully make as confusing as possible, by constantly using names and concepts that it absolutely refuses to explain properly. The bottom line is that you’re a werewolf name Cahal who’s been banished from his tribe of werewolves but comes back in order to lead a fight against an evil corporation (hilariously named Endron) that is knowingly polluting the environment at the behest of a supernatural entity called the Wyrm.

Apparently, werewolves are very big on environmentalism, but are split up into different tribes which disagree on the best way to protect the planet and who often specialise in championing a particular social movement, from fighting for women’s rights to trying to prevent social inequality. And no, we are not making this up.

As absurd as all that sounds, in the context of the game it’s never weird enough that you can laugh at it, it’s just all very confusing and pushed along by banal dialogue and wooden voice-acting. Cahal is an utterly uninteresting protagonist, who’s clearly trying to evoke the whole laconic tough guy persona but comes across more like a bored automaton.

It’s a shame because the basic idea of being a werewolf, especially one that doesn’t see it as a curse, is rife with potential, since you have very different abilities when in human and wolf form. When you’re a human you appear completely normal to non-werewolves and can engage in conversations, use computers, and so on.

Stealth seems like the last skill you’d associate with werewolves but it’s actually the most competent mechanic in the game, as you creep around taking out unaware guards and planting bugs or explosives. The fact that you’re a werewolf is completely irrelevant though, as otherwise things operates just like any other stealth game.

At least it’s better than the horribly dull combat though, whose limited animation, simplistic controls, and poor enemy artificial intelligence makes it feel like you’re playing a cheap movie tie-in from the Xbox 360 era. There’s no feeling of weight or energy to your attacks, which should’ve been the very first consideration when you’re making a game about werewolves.

There’s a rage mode, because of course there is, but not much more is made of it than any other game with the same feature, despite the game occasionally trying to play up the whole beast within concept. It’s also not really that useful, as the combat is already very easy and, most damningly, there’s almost no instances where it isn’t easier and quicker to use violence rather than stealth.

The role-playing elements are also a wash, given the skill tree full of unexciting upgrades, with far too many just improving existing abilities rather than adding new ones. You also have disappointingly little control over Cahal’s personality and decisions – certainly far less than Bloodlines, which for all its faults was a real role-playing game and full of meaningful choices.

Earthblood has none of that though. All it has is bad combat and storytelling, unremarkable stealth, and the persistent feeling that not even the boredom of lockdown is enough to make anything the game is trying to do seem interesting. We did come away thinking that we’d like to see a modern day update of Altered Beast but frankly anything is preferable to this badly made nothing of a game.

In Short: Playing as a powerful, rage-filled werewolf should be the perfect set-up for a great video game but Earthblood misses so many obvious opportunities it’s as if the game itself is cursed.

Pros: The stealth is inoffensive, if unoriginal, and the background lore is unintentionally amusing.