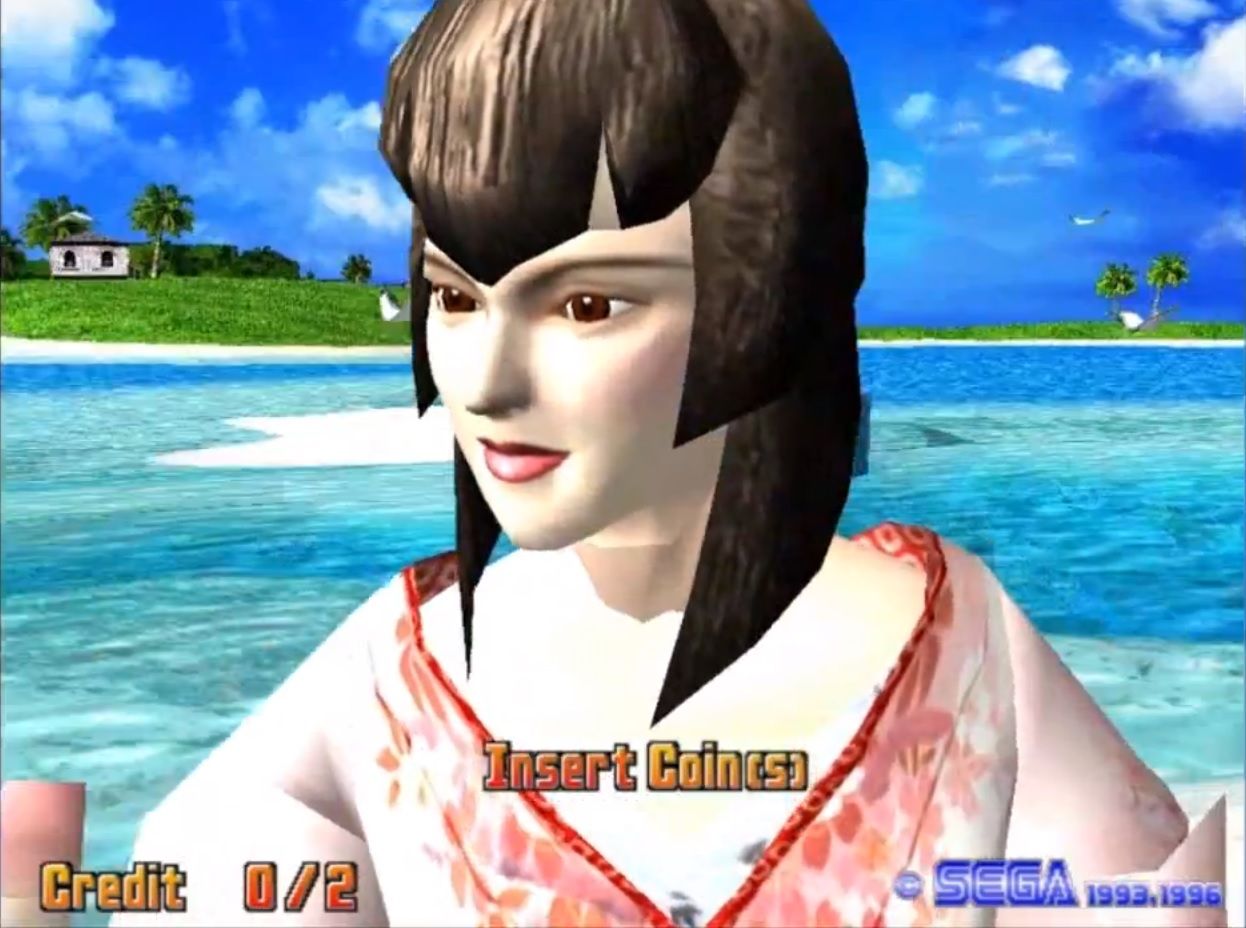 Readers discuss the games that they used to think have amazing graphics but now look laughably dated, from Sonic 3D to Driver 2.

The subject for this week’s Hot Topic was suggested by reader Austin, and while it could include games from any era or format the vastly majority of replies involved the original PlayStation.

Games such as Resident Evil 2 and Gran Turismo looked amazing at the time but considerably less so now, although most found this endearing and the games themselves still fondly remembered.

Never forgotten
An easy one: Virtua Fighter 3 arcade in the late 90s on a huge (at the time) widescreen, sit-down cabinet.

I used to visit often just to stand and stare in awe at the intro/attract mode and the astonishing facial detail and advanced graphical rendering techniques (now commonplace – even on home consoles).

The 3D arenas were staggering and the details, like Aoi’s flowing sleeves and the water detail on her stage and the majestic lapping waves and clear blue see on the Jeffrey tropical island, burned into my memory forever.
Paul Barnett

Never again
I think you’ll get a lot of letters from the era of the PlayStation 1. When the mainstream first moved into full 3D I was lucky enough at the time to have a PS1 and The first game I ever clapped eyes on was Destruction Derby. I couldn’t believe my eyes. How can it get any better than this?

Of course, the game is awful but to a 14-year-old at the time, it was unlike anything I’d ever seen.

I’ve never really experienced that sort of ‘leap’ in visuals since. The jump from SNES/Mega Drive/Amiga to PS1 was huge. Each generation since has felt like evolution rather than the revolution in 1996/7. I often wonder, will I ever be wowed like that again? I suspect not.
Razzledazzle

3D blast
The game that blew me away graphically as a kid was Sonic 3D: Flickies’ Island – more specifically the 12-second intro movie, which I watched repeatedly. I was of an age where I didn’t routinely read games magazines (unless they featured Sonic) and exposure to new consoles and games was generally based on seeing them at a friend’s house. The PlayStation had only just been released, Super Mario 64 wasn’t out in Europe yet – and I definitely hadn’t seen either in action.

So, I had this. Yes, in hindsight it’s spectacularly low-res and Sonic moves like a toddler who’s just learned to walk. But it was the first glimpse at what Sonic looked like in 3D, and I still remember struggling to comprehend how the Mega Drive could run something like that. Come to think of it, that’s still an impressive feat to this day. The less said about the actual game, the better…
Anon

Never bettered
I remember my friend getting Driver 2 on the PS1. We couldn’t believe our eyes! An entire city to drive around in 3D AND you could get out of your car and run around on foot!

I’ve just watched a video on YouTube and, oh dear. The pop-in is hilariously bad, and the frame rate is headache-inducing. Still, the fact that this was a PS1 game is quite a feat.

I also remember watching the G-Man Half-Life 2 trailer and thinking facial animation and graphics would not be bettered. How naive I was!
Matt

Reaching the peak
Graphics that I thought will never be bettered, you say? I’ve been gaming for about 35 years, so I have seen graphics change, a lot!

From blocky 2D sprites to 3D modelling and lighting to ray-tracing, the changes have been incredible.

To be honest though, perhaps because I have seen how quickly technology has moved I’ve never seen a game and thought ‘That’s it, we have reached the peak’. And I probably won’t until the holodeck is invented!

There are many games that made me go ‘wow’ though, and if I may I would like to pick two or three from different eras:

Quake 2. This was the first game I ever played using a dedicated graphics card, round a mate’s house on his Fancy Dan PC. We would turn the GFX acceleration off and on just to marvel at the difference! The lighting effects firing rockets down tunnels was something to behold. I’m pretty sure it was also the first FPS you could look up and down [not quite, Dark Forces and Terminator: Future Shock beat it by a year – GC].

The Witcher 3 with the HalkHogan HD mod (and a couple of lighting mods for good measure) was just so beautiful, especially Touissant on Blood And Wine; I would just spend time wandering around taking it all in. I think I have more photos of sunsets from that game than I have in real life! HalkHogan, I tip my hat to you sir!

Trying to think back to the 8-bit era I remember some of the late Spectrum games really pushed that hardware to its limits. I recall playing Myth on my Speccy +2 and being truly amazed! It doesn’t look great now, but for the time and format it was mind-blowing.

What does always amaze me is how much better 2D sprites have aged compared to early 3D modelling.

Anyway, I will stop before this turns into an essay!
The Dude Abides

Back in the day
When I played Gran Turismo on the PlayStation 1 I was blown away, thinking it can’t get much better than this. Watching YouTube videos of it now the graphics look dated, with the jagged edges on the cars and frame rate.

I am looking forward to Gran Turismo 7. What I have seen so far looks amazing. But I thought that back in the day with the first game!
Tony–1975 (PSN ID)

It looks real
The first game I remember looking at and thinking that graphics had peaked was the original Halo on the Xbox. You could zoom in and see individual blades of grass and if you looked closely at the UNSC assault rifle when you found one on the ground you could see how much ammo it had left. Picking it up and firing it, and then dropping it, would change the number too. At the time, this absolutely blew my mind.

That said, I’m old enough to remember being amazed by games like Wings and Stunt Car Racer on the Amiga too, although I don’t remember either of those two having quite the same effect as Halo.

Today, it would have to be something like Red Dead Redemption 2 with all the effects on or Forza Horizon 4. When you see well composed screenshots from either of those games, they could be photos. I’ve seen someone make a car magazine on Reddit using nothing but screenshots from Forza.

I’ve not seen anything next gen yet, but I’m assuming that it’ll be easier to get games that look this good rather than it being the exception.