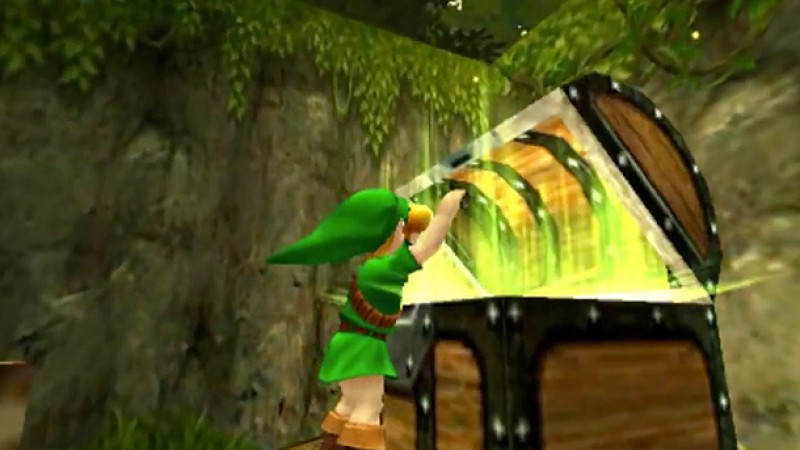 Readers discuss the most iconic video game sound effects and jingles, from the doors in Doom to the noises of Yoshi.

The subject for this week’s Hot Topic was suggested by reader D Dubya, and includes regular sound effects, short jingles, and even the noise of the consoles themselves. Readers were also encouraged to share a clip on YouTube, to help remind everyone of the sounds in question.

As many predicted, various Nintendo games got a lot of mentions, as did retro games in general. There were some newer titles as well though, and console noises such as rare achievements.

You know the one
Best video game sound effect? Easy: that noise when Mario starts riding Yoshi. I don’t even know how I would describe that sound effect to someone who had never heard it without just making the noise.

Also, the Zelda sound effect when Link opens up an important chest – this was in Ocarina Of Time but I’m sure it’s in most? The little build up music is great and suspenseful, and then duh-duh-duh-duuuuuh as Link holds the item above his head. Amazing.
Matt

Jingle all the way
I’ve long had two favourite sound effects. The below videos are time stamped moments in longplays where they occur, as sound effects rarely makes it into soundtracks:

First is the jingle that plays in The Story Of Thor when you save.

I assume it was done by the legendary Yuzo Koshiro, as it’s his soundtrack (and indeed his company that made the game!). It’s just such a jaunty little sound. Had a lot of trouble finding a video of it though, as almost everyone saves with save states on YouTube playthroughs.

Second is the jingle that plays in The Legend Of Zelda Link’s Awakening when you have the compass and go into a room which has a key you can pick up.

I love pretty much all the sound effects in this game, Link’s Awakening makes some of the best use of the Game Buy sound hardware that I’ve heard.
Lord Darkstorm

Familiar sound
My all-time favourite sound effect in a game is the sound of the doors in Doom on the PC. It sounds like a cat being ripped apart by pneumatic pistons, not something I’d ever want to hear in real life but great for the atmosphere of the game.

I remember being gutted that this wasn’t the sound used for the doors on the otherwise superior PlayStation version.

I don’t know if Doom was the first game to use this effect as I’ve heard it in other shareware games of the time, notably a shoot ‘em-up called Raptor.

I also like this bong sound from Sonic. Sonic has a lot of good sounds actually.
EvilMoomin

GC: They probably stopped using it because it’s a stock sound effects; you can hear it in dozens, probably hundreds, of TV shows and films.

Puzzling sound
As a Nintendo fan, I’m kind of spoilt for choice when it comes to iconic sounds, but I’m going to plump for The Legend Of Zelda, specifically the chime that sounds when you figure out a puzzle.

I often find myself humming or whistling it when I solve puzzles in other games too, and probably will if I ever achieve anything in real life.
ANON

Fully nostalgic
Most of my favourite sound effects are from old arcade games, as it always reminds me of the audio and visual overload of your local arcade. From the start-up screen in OutRun, the death screams of the protagonists in Aliens to the guffawing bad guy on Mike Haggar’s monitor, all are imprinted on my memory and are easy to recall. Even rubbish like Hard Drivin’ can be semi-nostalgic for sound effects.

I’ve always thought that Lisa’s hauntingly sad weeping in the P.T. demo was a standout in recent years. Much like anyone who went in blind when it first came out, those far too close for comfort pitiful cries really did dial up the terror hotline and made you fear for your undergarments when her ghostly hobbledehoy gait slowly crept into view down that long infamous corridor.
Andee

Navi the hero
Favourite video game sound effect has to be Navi’s ‘Listen!’ from Ocarina Of Time. People said Navi was annoying, but I feel she’s one of the iconic parts of the game. The sound effects in the game tie in with the sense of discovery. Nintendo really know their positive feedback.

What an addictive game, Navi was key.

80s classics
When I saw this week’s Hot Topic question quite a few candidates sprang instantly to mind. Before I saw it referenced in the description The Legend Of Zelda item discovery jingle popped into my head. Similarly, I find the vintage Zelda ‘puzzle solved’ jingle just as iconic. The pitch and fidelity might have evolved over the years, but the fact that they’re both such iconic features of their franchise they’re still in use 30+ years after the series started says a lot for their quality (here’s an evolutionary montage of one and a vintage example of the other).

The more I thought about it, the more I realised that most of my favourites were from older, 80s or 90s titles. Even in the modern age, there can’t be many gamers who don’t hear such classic sounds as the ring collection jingle from Sonic The Hedgehog, Mario’s mushroom power-up noise or either of their ‘jump’ sounds and can’t instantly identify what they are.

There’s also Pac-Man’s death sound, which is surely so iconic it transcends gaming entirely. For me though, it’s Nintendo games that seem to feature the most ‘noises’ I have a fondness for. I’ve always really liked the sound Yoshi made in Super Mario World/Kart for starters.

However, the one I’d really like to nominate for this topic is another ‘puzzle solved’ chime, this time from Metroid Prime. For some reason I really got a kick out of triggering it, and genuinely enjoyed discovering a new puzzle or barrier that would lead to it playing. I think part of the reason why that particular sound clip appeals to me is because it reminds me of a section from one of my favourite Curve tracks, Recovery, from their 1998 album, Come Clean.

In general, Metroid Prime’s whole sonic vibe really impressed me. As I recall, all three of the Prime games had tremendously atmospheric electronic soundscapes going on. Sometime after I played the third game, a guy I worked with introduced me to the band/DJs/producers Kryptic Minds. Some of their stuff really took me back to exploring the worlds of that series, like this track, Fade To Nothing from their second LP, Can’t Sleep.

I’m sure many modern games feature sounds that could end up just as timeless and iconic as some of those I’ve mentioned (who doesn’t like hearing the sound of freshly culled souls being racked up in the Dark Souls games?), but as someone who started gaming in the early 80s, these are the ones that have really dug their audio-claws into me over the years.
yourhomeisatrisk

Ding dong
One of my all-time favourite sounds was levelling up in Diablo 2, which was invariably followed by typing ‘ding’ in the group chat, to which the correct response was ‘gratz’.

Uncommon sounds
I quite like all the various sound effects in No More Heroes like when you execute a wrestling combo and also the cool way you receive a phone call on the Wii version, you put the Wii remote to your ear and you use it like a telephone!

I do also like the achievement noises on PlayStation and Xbox, they are silent on Steam. Epic Games Store are introducing achievements soon but whether they will have a sound or not we will have to see. I especially like it with the rare achievements on Xbox as you get a different sound to a regular achievement. It always makes me smile when I think I have got an achievement but it is actually a friend appearing online on the Xbox.

I quite like the speaker on the Wii remote and PlayStation 5 controller as the sound usually sounds quite good for a small speaker, I wonder if Xbox Series X will add a speaker at some point. I have the Xbox One X and I like the noise it makes when you press the power button on the console or the controller to turn the console on, I couldn’t find a YouTube video for this one unfortunately.

I remember playing Sonic The Hedgehog 1 with stereo headphones 30 years ago and collecting the rings sounded amazing compared to the mono sound that came out of our 14-inch CRT TV. I stuck with the mono sound because at the time that is what I was used to, so the stereo was quite alien! I didn’t want to mention Zelda in my letter as I am sure a lot of people will mention Zelda as it is one of my favourite games for sound effects (and also music) so thought I would mention other games and sounds.
Andrew J.