Unlike the previous two titles in the series, there’s no set protagonist in Watch Dogs: Legion. Instead, you are free to recruit and play with essentially every character you see in the open world. However, you will need to start somewhere, and the game gives you a list of quite a few options for which character you will begin the game with. This is a fairly important decision, since you will only have the one character to start with, and some offer much better skills than others. But, since you’re just starting the game, you won’t be familiar yet with which abilities, perks, and weapons are most valuable. Here’s which starting operator to pick in Watch Dogs: Legion

This early choice of operative won’t dictate how your entire game will play out. The entire premise of Watch Dogs: Legion is to recruit and build your team of operators throughout the game, swapping between them based on the situation or mission you’re in. But this first operator will contribute to how easy or hard the early hours of the game will be, and be more or less fun depending on your playstyle. 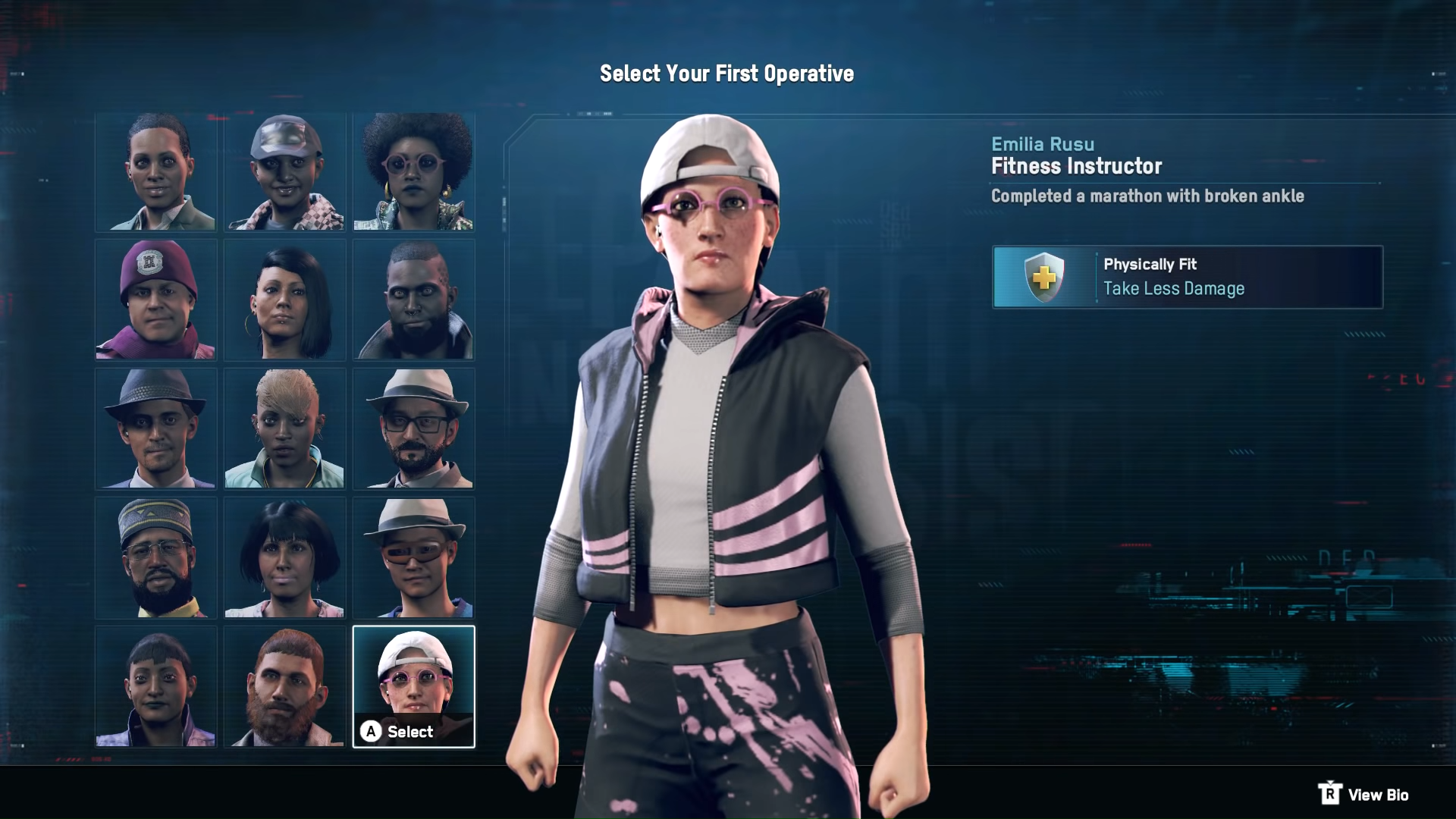 As a rule, don’t pick a character that only comes with something you can, and will, get in the course of playing like a gun or vehicle. Abilities are far stronger, and less common. These will be useful to have the entire game, as opposed to something that is more consumable. Also, don’t worry too much about what your character looks like. You can always customize their clothing, but you also won’t be stuck looking at the same model for the entire game either, so don’t be too picky just based on appearance.

Here are all the starting operative’s perks and what they give you: 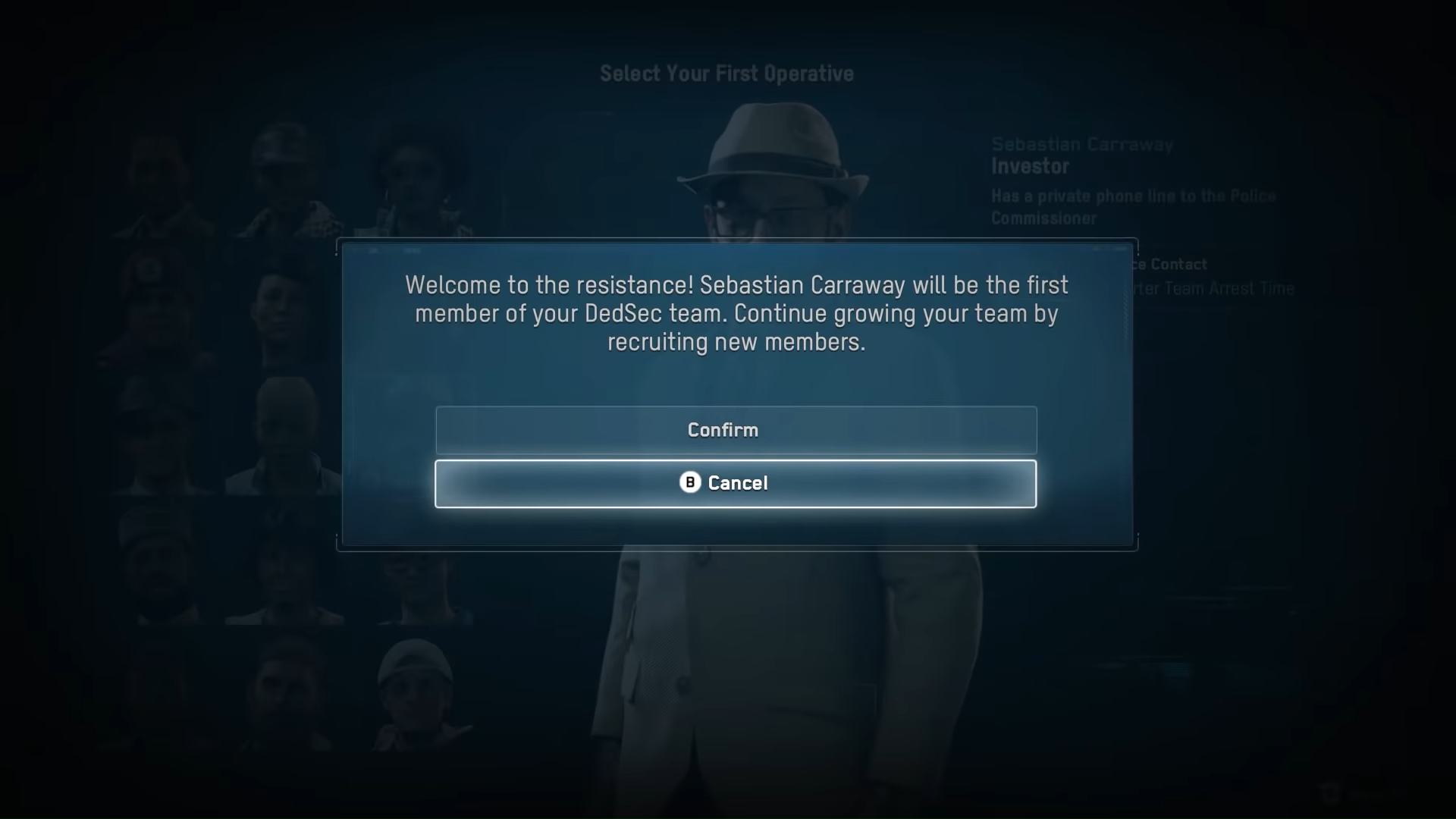 Based on this list, you can safely rule out all the options like Kurahawa Zentura, Wrench, Crowbar, Oscuro  Ultra 8, and the pistols and SMGs. From there you can determine which ability will serve your playstyle the best. If you’re looking to play more as a non-lethal hacker, then being able to summon a drone with ctOS Drone or Fast Hacking would be your best choice.

If you’re planning on being more aggressive, then either Tough Drunk or Physically Fit giving you the ability to take more punishment is a perfect option. Priority Care and Police Contact could also be valuable to get your operatives back in action faster. Of all the abilities, though, Loyalty Card is the standout weakest of the bunch. Discounts on clothing are just not worth your time when you’ll be swapping characters so often, and you’ll have more than enough ways to get money to buy whatever clothes you want. 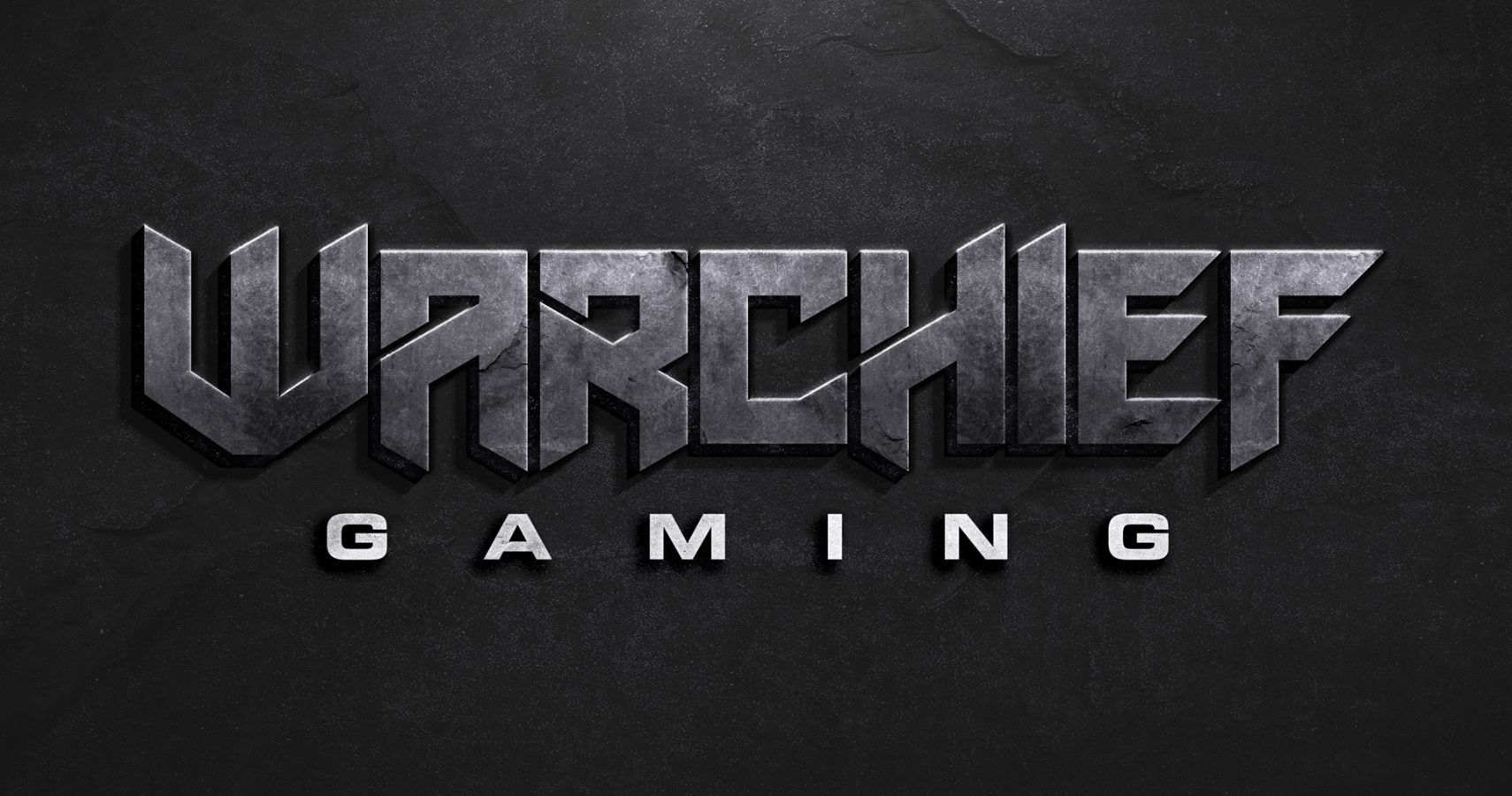