Belgian indie video game developer and publisher Warcave recently announced its second project, Black Legend. Black Legend is a dark, immersive, turn-based strategy free-exploration RPG set in the 17th-century, and is scheduled to be released in early 2021 for PC, Playstation 4 & 5, Xbox One, Xbox Series X, and the Nintendo Switch.

Black Legend will feature a 17th-century aesthetic as was historically displayed in Belgium and the Netherlands areas, and is inspired and influenced by the folklore of that time and place. The game will be set in the singular metropolis of Grant, a city veiled in a mysterious fog that seems to cause people within it to go mad. The fog is said to be created by a demented alchemist named Mephisto, who is using the fog and other devilish powers to build an army of frenzied cultists.

You’ll be able to immerse into this world through 15 unique classes, and arm yourself with a variety of 17th-century weapons, armor, and other gear. And you won’t be going alone. You’ll be able to recruit and field a party of adventurers, and customize them with their own class and equipment item so the party has a variety of options when it comes to combat.

Speaking of combat, Black Legend’s specializes in strategic turn-based action, with character position and attack choices leading to explosive ability combos, especially when bolstered with alchemy. However, our primary means of attack and defense is derived from the ancient practice of Humorism, represented in-game through the four disciplines of Albedo, Citrinitas, Nigredo, and Rubedo. Through these, we’ll be able to combine them with a Catalyst and direct their powers and effects to enemies for devastating results in combat.

The metropolitan city of Grant will be open and free to explore, giving us the chance to encounter and fight a host of creatures from Belgian, Dutch, and German folklore across a variety of fog-shrouded city locations. Warcave promises the story we’ll follow as we seek to put an end to Mephisto’s machinations will be deeply immersive and darkly narrative, told through the rich environment of the city, and with help from numerous distinctive NPCs. 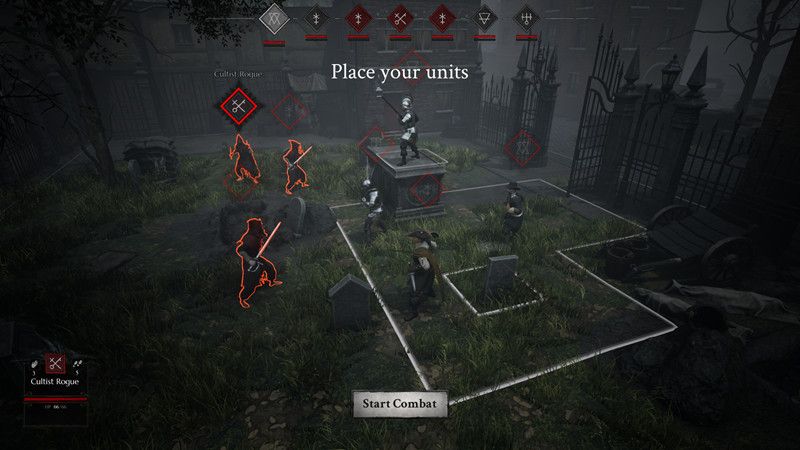