Wanda Maximoff’s spin-off show WandaVision was the captivating continuation of the character’s story post-Endgame. Its ending was a real tearjerker as Wanda came to terms with the consequences of her fabricated reality with Vision, but the show’s jaw-dropping inclusion of her brother Pietro was also fueled by poignancy.

Evan Peters’ Quicksilver first appeared in 20th Century Fox’s X-Men: Days of Future Past, and most were surprised and confused by his portrayal appearing in the MCU – where the X-Men have not debuted yet. Marvel fans thought that it was the opening of the Multiverse, ahead of its expected awakening in Spider-Man: No Way Home, but Pietro’s role wasn’t as revelatory as that. Fans actually expected Doctor Strange to turn up – which Benedict Cumberbatch apologized for – leaving the Marvel community with a lot more questions about Pietro.

Luckily, creator Jac Schaeffer had all the answers for The Empire Film Podcast and its listeners, who explained why Peters returned to the role instead of Aaron Taylor-Johnson. Schaeffer confirmed that the first reason was to serve a meta joke to Marvel fans, who would most likely get a kick out of debating its significance. 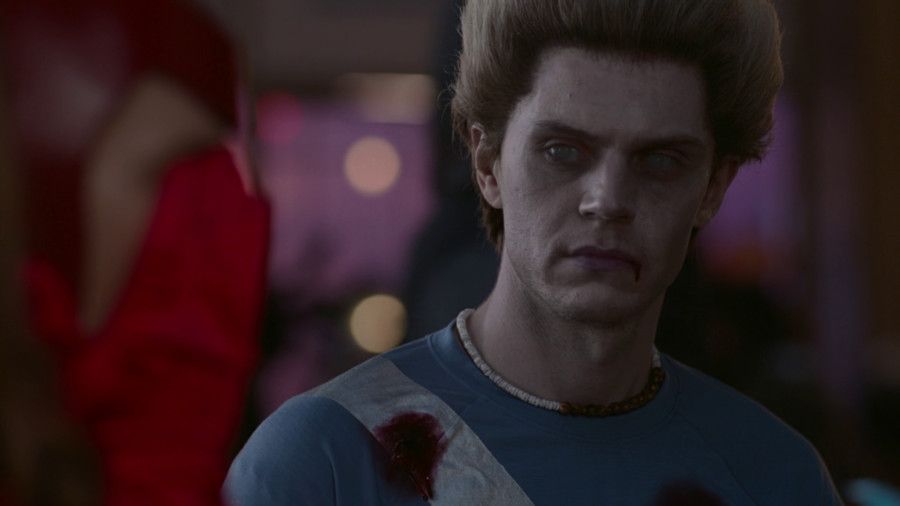 The second and most important reason is related to Wanda’s grief and how people remember the faces of loved ones who have passed. Schaeffer revealed that a grief counselor was brought on set to explore the symptoms that grief-stricken individuals suffer from. One particular trait that people develop during the grieving process is anxiety over remembering their loved one’s face, and Schaeffer thought that this should be explored in the show. Wanda’s grief for her brother warped how she remembered him physically, and this was also the perfect opportunity to give a nod to Peters’ portrayal.

If you continue this deep dive into Marvel theories and analysis, there may be no way to return from that black hole. In addition to Schaeffer’s insight, a recent theory suggests that each of the first six spin-off shows for Disney Plus is connected to an Infinity Stone, which is a fascinating concept. WandaVision is thought to represent the Reality Stone – since the Scarlet Witch built an alternate reality around her – and The Falcon and The Winter Soldier seems to be connected to the Power Stone.