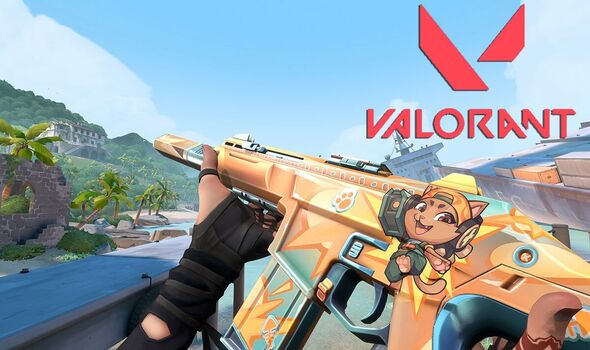 Valorant fans are counting down to the start of the new season. Valorant Episode 6, Act 1 has a January 10 release date and a 5pm GMT UK launch time. Titled Revelation, the new season launches alongside a brand new Battlepass, complete with a host of new cosmetics. That’s on top of the new Lotus map, which is set in Omega Earth’s India. Needless to say, Valorant fans will be able to download a massive new update to accompany the new season, details of which can be seen below.

As you can see from the patch notes, Lotus is a new 3-site map with a variety of different rotations.

It features Indian stepwells, rock-cut architecture and Dravidian style structures, including environmental mechanics such as rotating doors and destructible walls.

That’s on top of the 9 LIVES classic gun skin, a Shock Heart spray and a Folded Wish gun buddy.

In terms of changes, the Split map is returning with new tweaks to make attacking easier.

You can see the changes to the Split map below, alongside other new gameplay features and bug fixes.

– There should now be fewer cases that can lead to Zoom disagreements between the Client and Server under adverse network conditions like packet loss and ping jitter.

– Additionally, Zoom Inputs when using Toggle Zoom can now be buffered earlier than before and multiple zoom level transitions can be buffered at once.

– Lotus is a new 3-site map that offers a variety of rotation options. Unlock the secrets behind the doors of these ancient ruins.

– Please note that the Lotus only queue will only be playable in Swiftplay mode for one week and then goes into the competitive and Unrated map rotation in Patch 6.1.

– Split is returning with a few tweaks to make attacking a little easier.

– First engagement area for Attackers has been widened and a small ledge added for mixups.

– Boost box next to the orb has been reduced to give Attackers a new position looking into A site.

– The under-over area has been removed, making this much easier to deal with as an Attacker.

– The back section of the Tower has been flattened to make the fight to Ramps easier for both teams.

– The trick-jump up onto Mid box has also been removed for simplicity.

– Defender side jump up box has been removed to simplify the space.

– The hard corner here has been smoothed out to make clearing the spot easier.

• Please note that Breeze and Bind have now been removed from competitive and Unrated map rotation, but are still playable in all other modes.

• Dark Cover placed inside walls will now fall to the height of nearby ground.

– One-way smokes are a part of VALORANT, but they are difficult to play against and we want to keep them limited to intentional and understandable areas.

● Odin’s ammo belt will no longer visually pop into a vertical position when swapping gun buddies in the Model Viewer.

– Fixed a bug when breaking the door at Market by using an ability on the wall to the side of it.

• Fixed a bug where Cypher’s Trapwire (C) could be placed through Sage’s Barrier Orb (C).

• Fixed objects like traps that were not being damaged if they are placed in molotov patches that are already active.

• Fixed bug where you could see Skye’s Seekers (X) on the minimap while they were still invisible if you had line of sight to their hidden location.

• Fixed a bug where suppression would not properly interrupt Fade’s Prowler (C) control.

• Fixed a bug where Viper was able to deactivate her ultimate, Viper’s Pit (X), while suppressed.