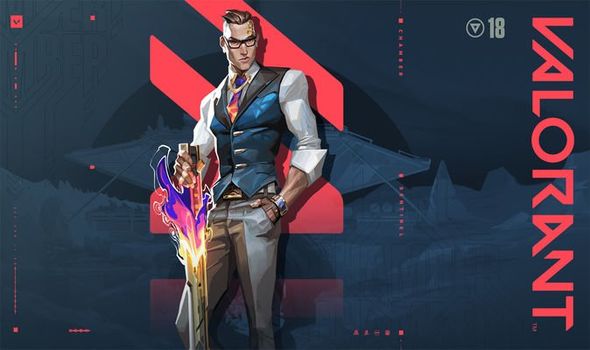 Riot Games has announced its plans to release Valorant Episode 3 Act 3 next week, with a new Agent arriving later in the month.

The team behind the hit PC shooter had already confirmed that their next character was delayed, but only for two weeks to apply extra polish.

But that doesn’t mean other parts of the game are being pushed back, with the Valorant Episode 3 Act 3 release date moving forward as planned for November 2.

That means there is less than a week to wait until Act 3 begins, along with its new Battle Pass that will be available until January 2022.

The Battle Pass will cost 1,000VP and will come with the usual round of fresh sprays, cosmetics and Gun Buddies to unlock.

Marquee items include the Genesis Arc Melee, the Aero Phantom with variants, the Genesis Operator, and the Goldwing Ghost.

Commenting on the new Battle Pass and what they wanted to achieve for the end of year launch, Sean Marino, Associate Art Director revealed:

“With this Battlepass, we wanted to celebrate the end-of-year traditions like Halloween, the New Year, and the winter holidays. Players will see a lot of items that reference these holidays, including the “Mance on a Broom Go Zoom” spray, the “Sock of Cheer” Gun Buddy, and the “On Cooldown” card.

“We also included a few items related to the weapon skins in this Battlepass so players can match their guns to their accessories, such as the Genesis buddy and Goldwing Player Card.”

Meanwhile, Valorant’s next Agent will be called Chamber and will be released later in November.

Chamber was revealed today by the Riot Games team as a well-dressed and well-armed French weapons designer who will launch as part of patch 3.10.

Chamber leverages his custom arsenal to hold the line and pick off enemies from afar, with a contingency built for every plan.

The Chamber full ability list was shared today and include the following moves:

(C) Trademark – PLACE a trap that scans for enemies. When a visible enemy comes in range, the trap counts down and then destabilizes the terrain around them, creating a lingering field that slows players caught inside of it.

(Q) Headhunter – ACTIVATE to equip a heavy pistol. ALT FIRE with the pistol equipped to aim down sights.

(E) Rendezvous – PLACE two teleport anchors. While on the ground and in range of an anchor, REACTIVATE to quickly teleport to the other anchor. Anchors can be picked up to be REDEPLOYED.

(X) Tour de Force – ACTIVATE to summon a powerful, custom sniper rifle that will kill an enemy with any direct hit. Killing an enemy creates a lingering field that slows players caught inside of it.