Primarily known for video game streaming, Twitch provides a platform for creators of any kind to show off their work and talent. Its title as the foremost online streaming platform has been cemented by the fact that it has broken viewership records for the fourth time this year. 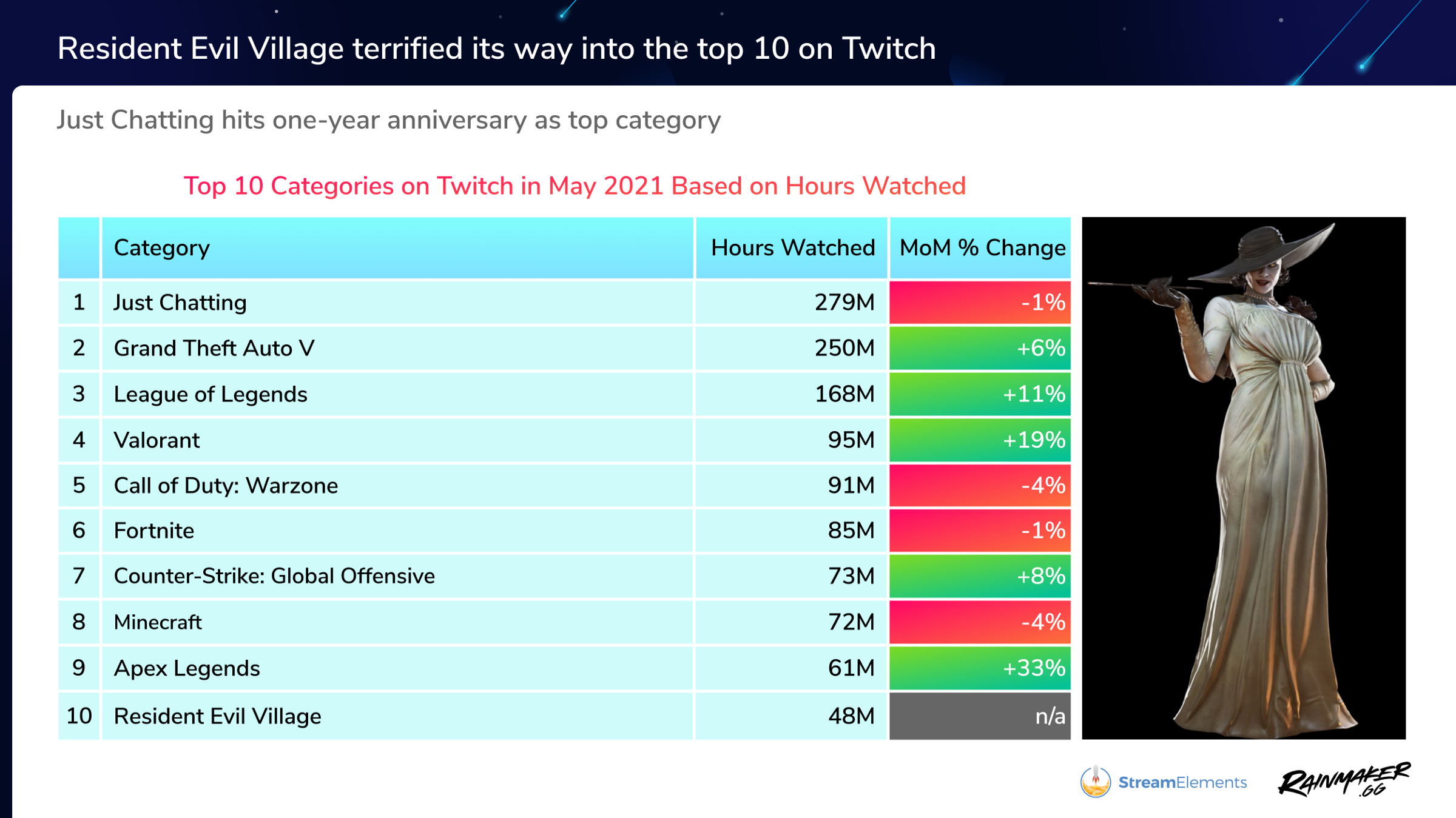 A breakdown of the top ten categories based on hours watched reveals some interesting developments. Just Chatting, Grand Theft Auto 5, and League of Legends have maintained their reign over the top three spots. The only movement among the three was an 11% month-on-month increase to 168 million hours watched for LoL, which still wasn’t enough to beat GTA 5’s 250 million.

In terms of streamers, xQcOW remains in the lead by far, with 39 million hours watched for their Grand Theft Auto 5 streams. Gaules is second with their Counter-Strike: Global Offensive getting 15 million views.

Twitch hasn’t only been in the news lately for breaking records; popular streamers like Amouranth and Indiefoxx have been banned from the platform after streaming a new form of ASMR involving loudly licking and even farting into a headset.

The platform has also been the target of multiple DMCA takedowns by music publishers due to numerous streamers using copyrighted music in the background of their streams.