Being an open-world MMORPG, exploration is one of the biggest parts of Tower Of Fantasy. When you start the game, you'll be able to finish the main story within a couple of days if you play religiously. However, exploration takes a long time, and the developers have made sure each and every player has the incentive to do go looking.

The game contains a summoning system, and gives you currency for summons when you explore the open world. It's not a small amount, either — you can get over 100 summons by fully exploring just one area.

Common Items Found In The World 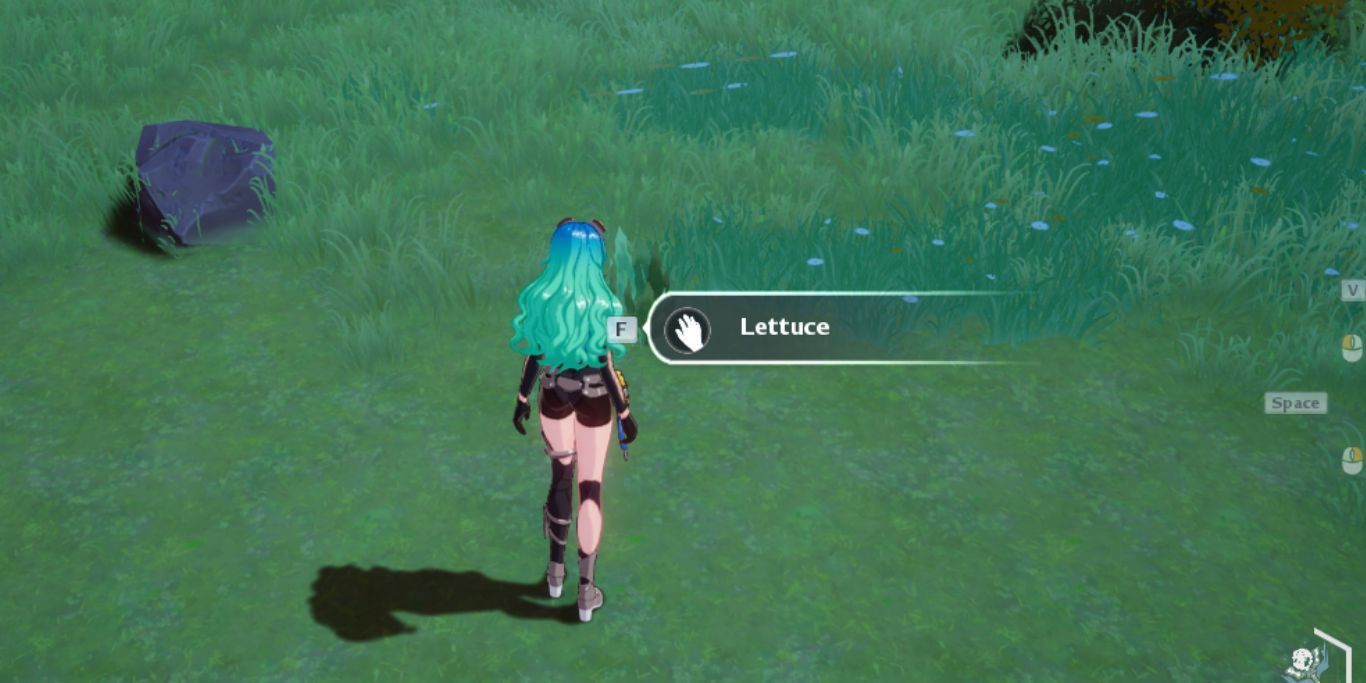 There are a few items that you can find scattered in the open world, and simply pick them up. Lettuce can be found all across the world, while mushrooms can be found only in designated areas. There are some other area-specific items, based on the place you're exploring.

Since these are hard to find, it's a good idea to place a pin on the map — making sure you know the place you need to go to find these items in bulk.

Furthermore, you will also find purple, orange-red, and white cube structures scattered across the world. These can give you items required to augment the respective weapons. They can be destroyed by attacking them with the same weapon type, or throwing a core on them that has the same element. 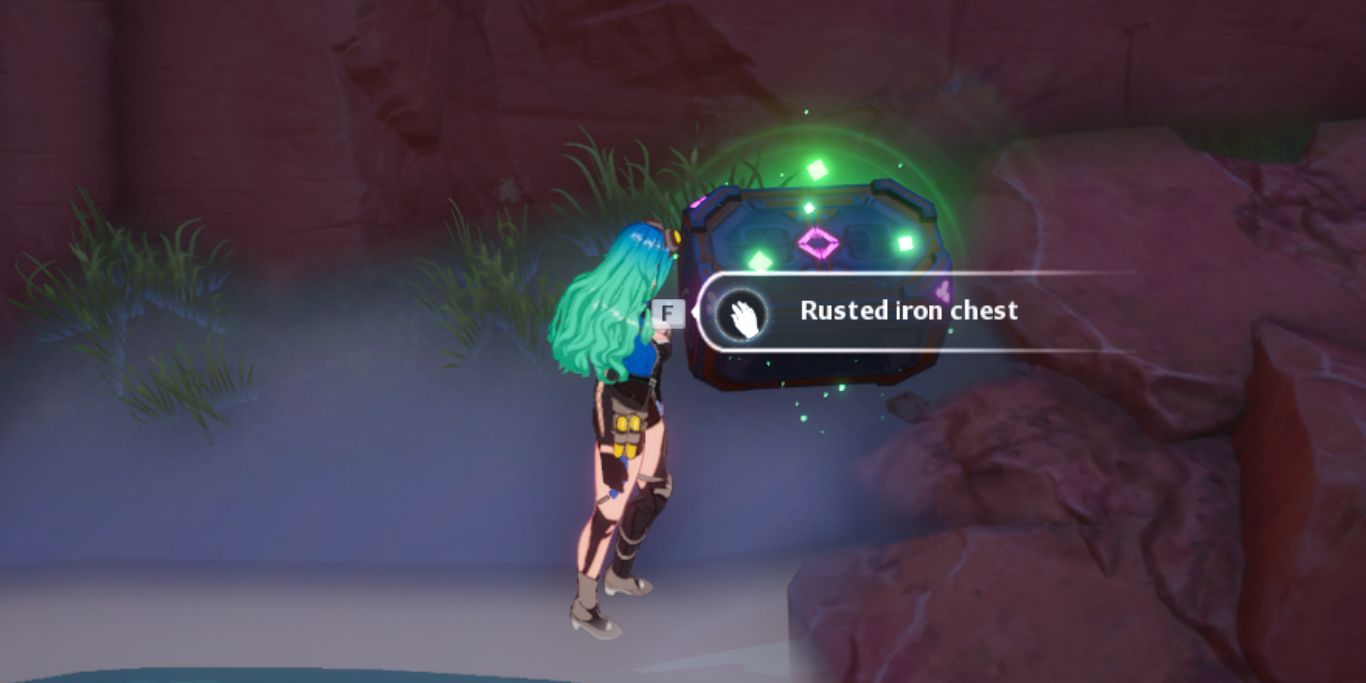 As you travel around the world, you'll find a type of chest with a green aura around it. These are known as Rusted Iron Chests. While they don't provide super-exclusive items, they are free to unlock, and they also respawn over time.

So, technically, you can go back to every area every day, and claim these chests to get a bunch of goodies that you will definitely use over time. These chests aren't marked on the map, so you have to rely on your observational skills to find them. 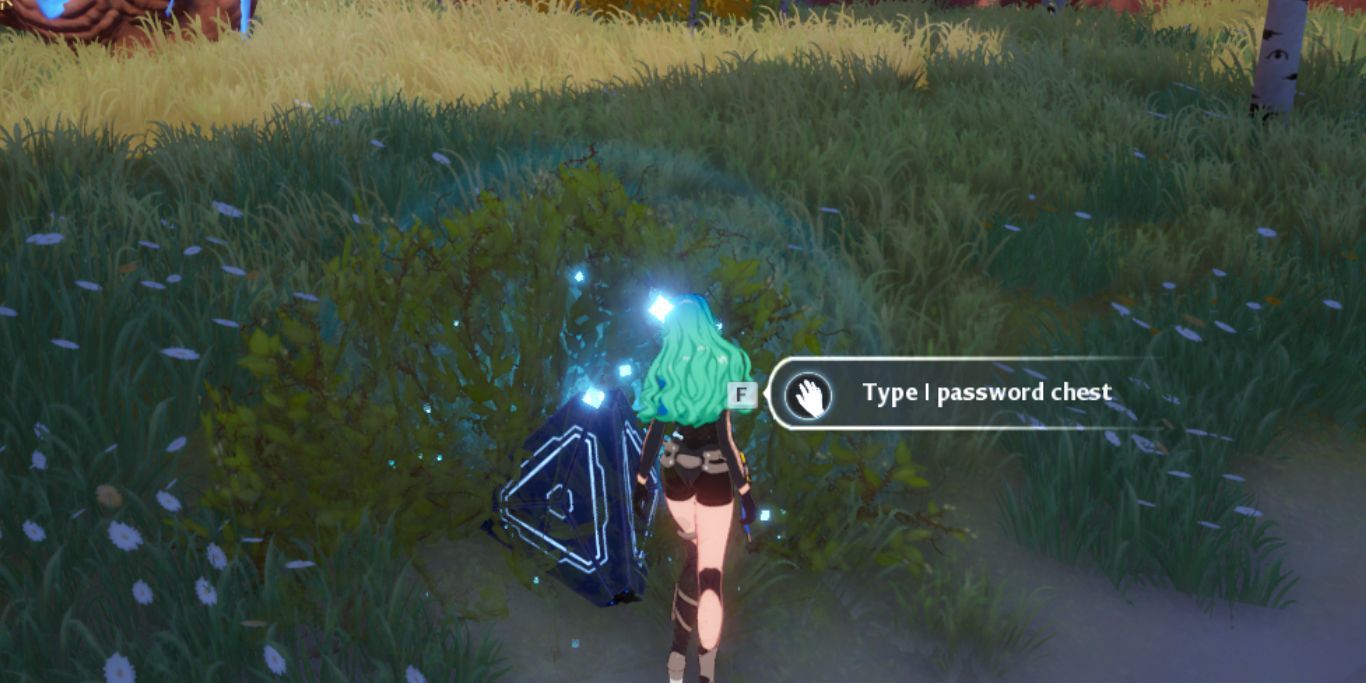 Type I password chests can be found scattered throughout the world. The most common positions for these are near strongholds or inside random bushes. Type II password chests are harder to locate, but they're also found in the open.

Advanced chests can only be acquired when you defeat a world boss. There's usually one of these in each area, and they have a distinct mark on the map.

Each password chest can be unlocked in two ways. The first is by using the respective chip to decipher them, and the second is to open them forcefully. As you can tell, the rewards you get will diminish significantly if you unlock them without a chip. 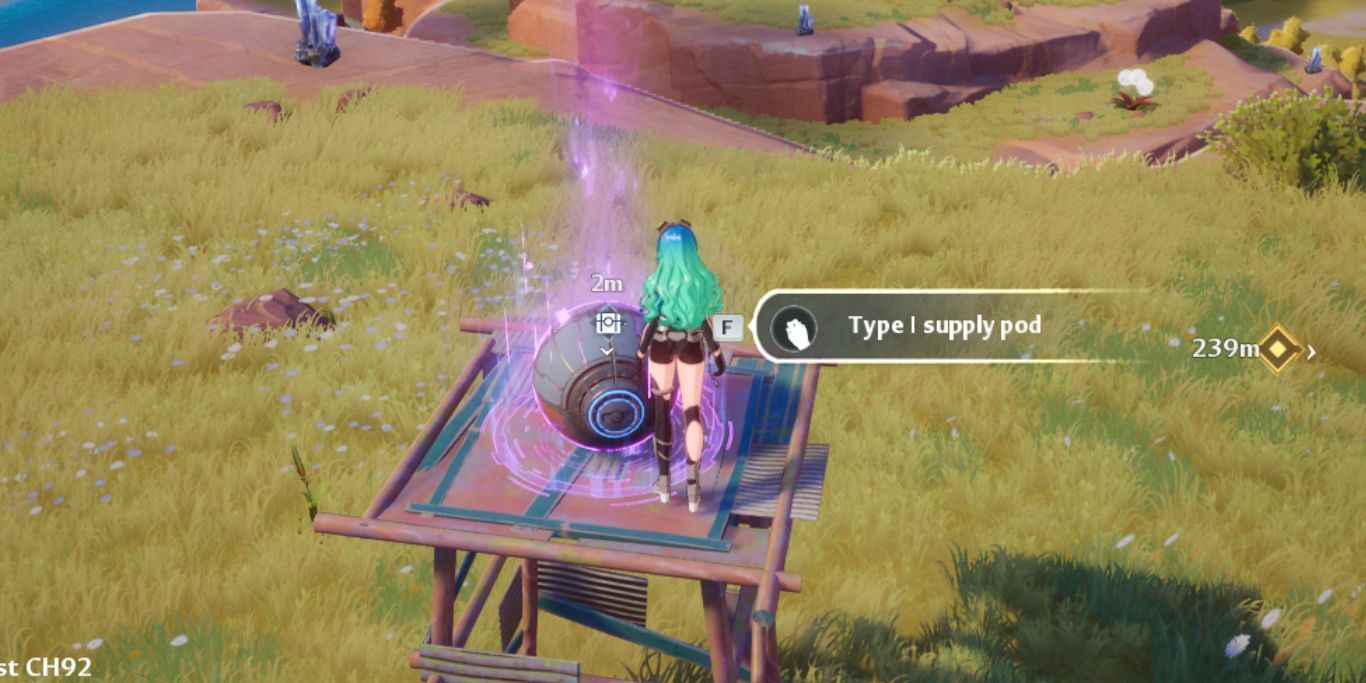 There are two nuclei that you can acquire while exploring the open world, Black and Gold. There are a lot of ways to get these, but supply pods are definitely a major one, especially when it comes to getting a Gold Nucleus.

Some supply pods are awarded to players after clearing enemy strongholds. These are marked by a tent on the map. When you click on these markers, it will tell you if you've claimed the chest (supply pod) inside them.

Other than that, supply pods are scattered at random locations in the world. Keep an eye on the minimap when you explore a certain area. These supply pods will appear as spherical objects when you get close to them. Simply head over and claim them.

Depending on when you start the game, some of these supply pods might be blocked, with a timer on top of them. You can check back on them after the timer expires to claim them. Make sure you mark the location, so you don't forget.

The markers for supply pods only appear when you get close to them. So, they'll not stay on the map if you're in a different area. Hence, it's important to claim them as soon as you find them. 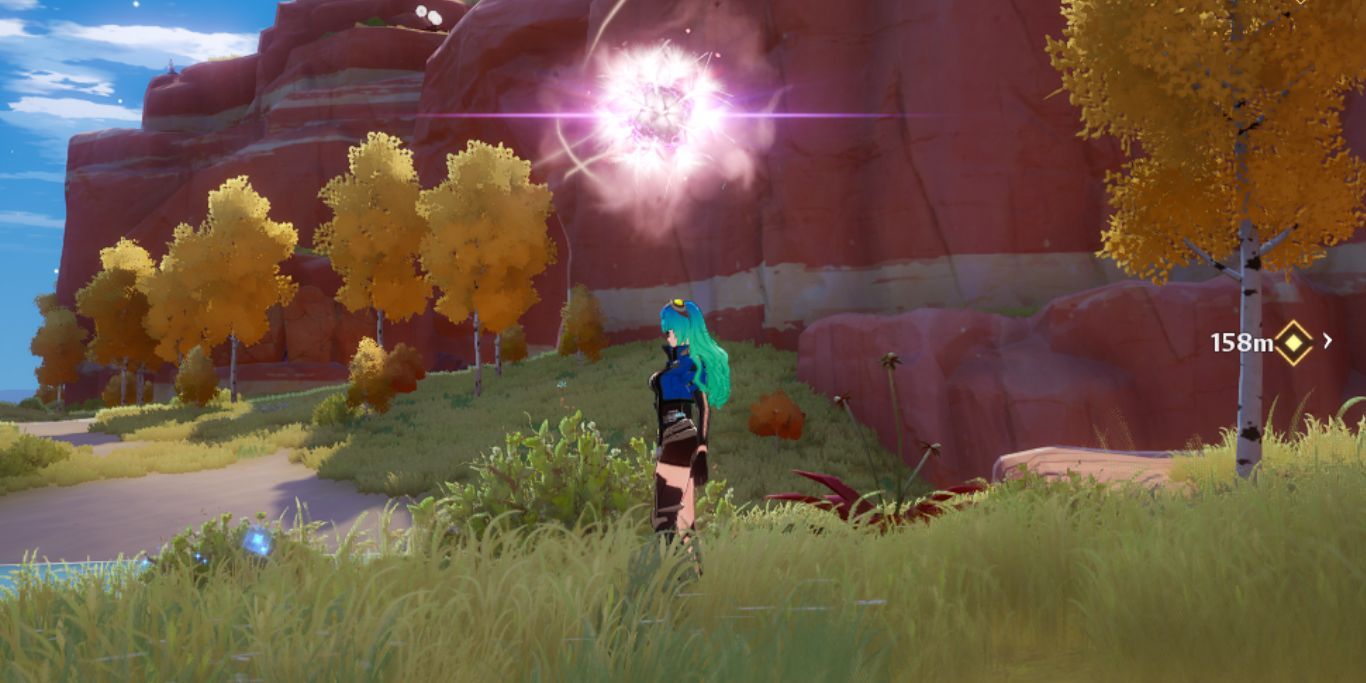 Other than the supply pod, there are multiple mini-puzzles scattered all across the world that provide you with a Black, or on rare occasions, a Gold Nucleus as a reward. These can be identified by distinct white marks that appear only when you get close to the puzzle.

As you start exploring, one of the first things you'll find is a huge white flower with three circular petals. These are Dandelions, and that's what you'll acquire when you interact with them or shoot them. However, there's a catch.

When you interact with or shoot the flower, it will scatter in three different directions. The one on the floor will give you a Dandelion, but the other two will soar into the air, and you'll either need to shoot them with a ranged weapon, or jump up with a normal weapon and hit them in mid-air.

One of the mid-air petals will drop a Black Nucleus that can be picked up. It's recommended to have a ranged weapon while you explore, because it makes this puzzle so much simpler. 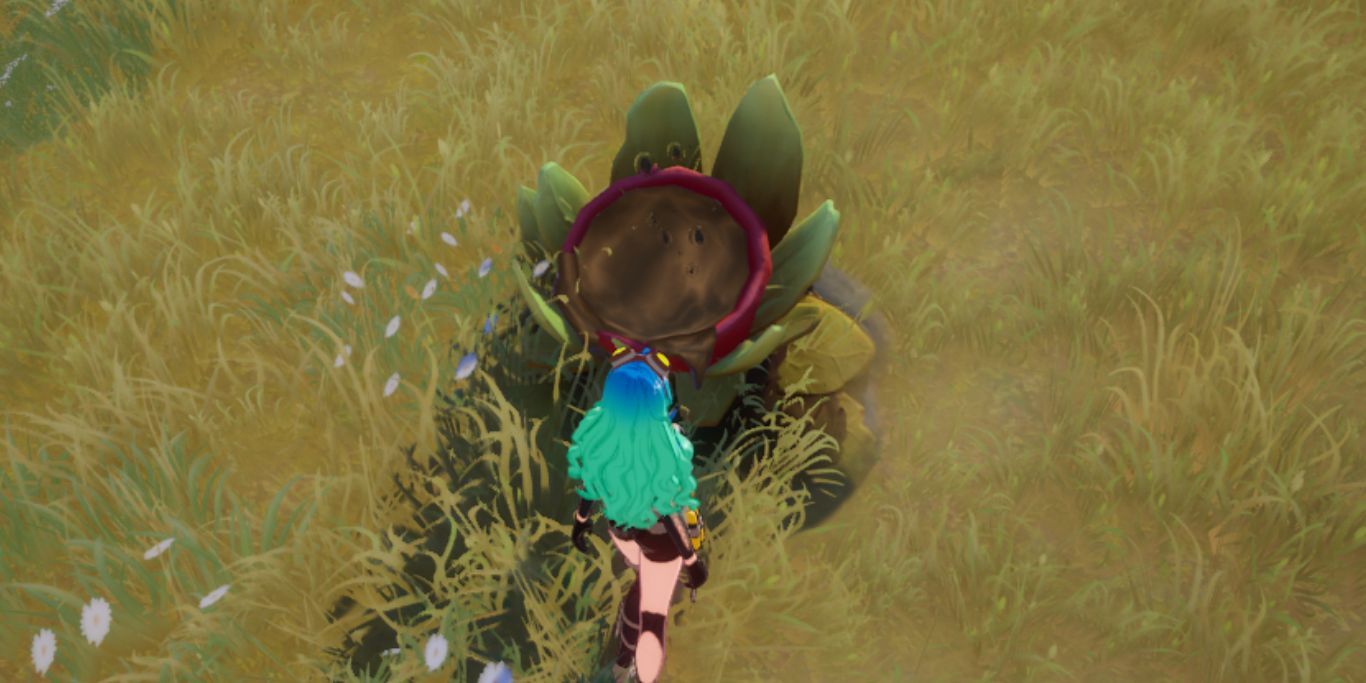 What would exploration be if you couldn't burn a few things to the ground, right? There are two types of fire puzzles in the game, and different ways to solve them. Firstly, you'll sometimes find a little plant in the ground at the location of the white marker.

These plants can be attacked with a fire weapon, or you can throw a fire core on them that you can usually find near these puzzles. For ease, it's always a good idea to carry a fire weapon with you.

Secondly, you'll find small cave-like structures that'll be blocked by a black substance. This can be melted using the same methods as above. You'll get a Black Nucleus, or even possibly a Gold Nucleus. 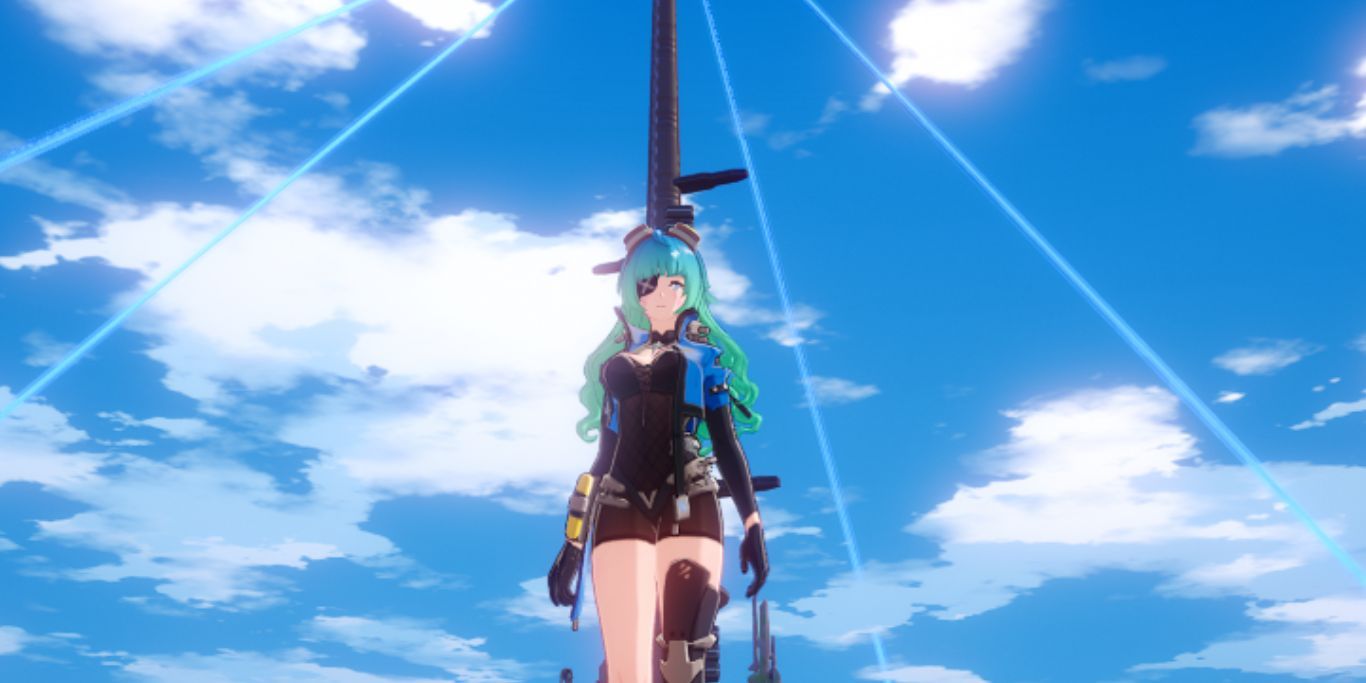 Sometimes, there's no puzzle. There's just a Nucleus in a place that is hard to reach, and all you need to do to claim it is, well, reach it. Usually, you'll find a Black Nucleus in places like these, but sometimes you can get also get a Gold Nucleus.

You'll mostly be able to get these by double jumping, or using your jetpack. However, sometimes you might also need to climb an entire cliff. 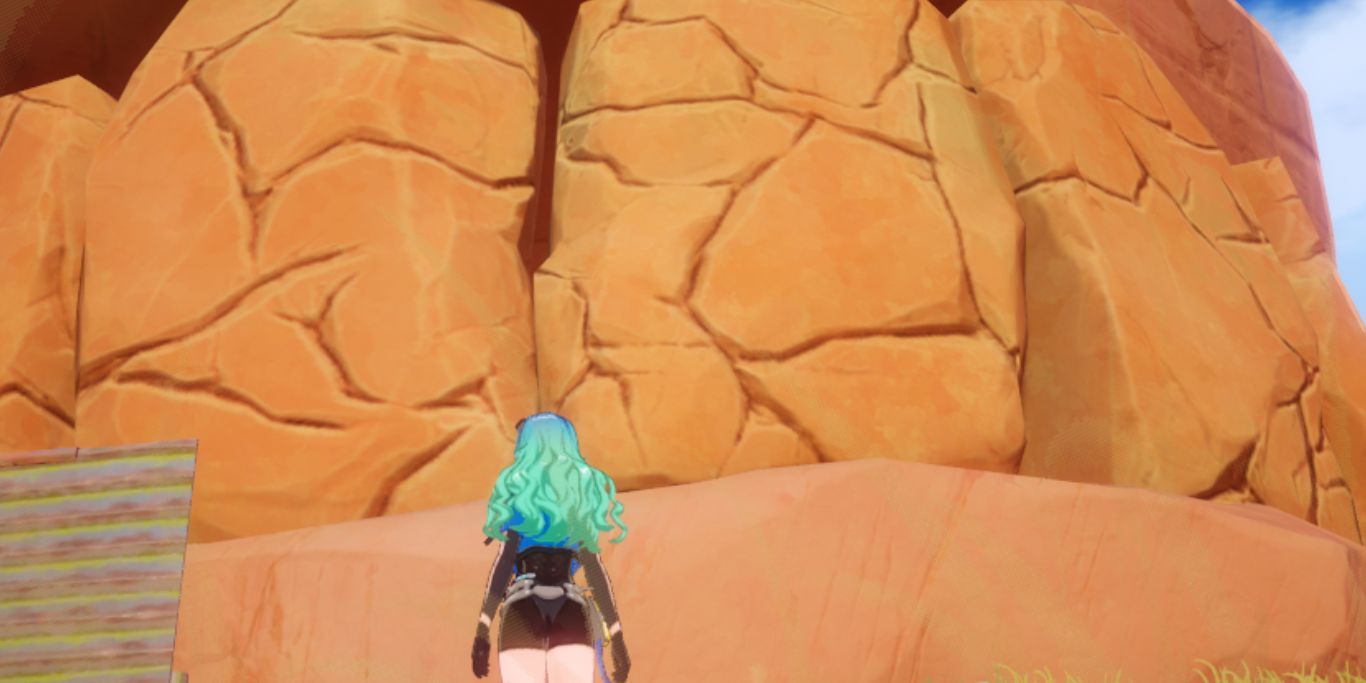 This is the most deceptive puzzle in Tower Of Fantasy. Destructible walls can easily be identified, as they are a bunch of large rocks stacked beside one another with cracks on them. When you see something like this, you'd think heavy attacks would be able to destroy them.

Instead, you're required to use a specific relic to break these rocks. You can acquire Missile Barrage in the second ruin in the first area, so use this near these walls to break them. Then, simply head in and reap your rewards. 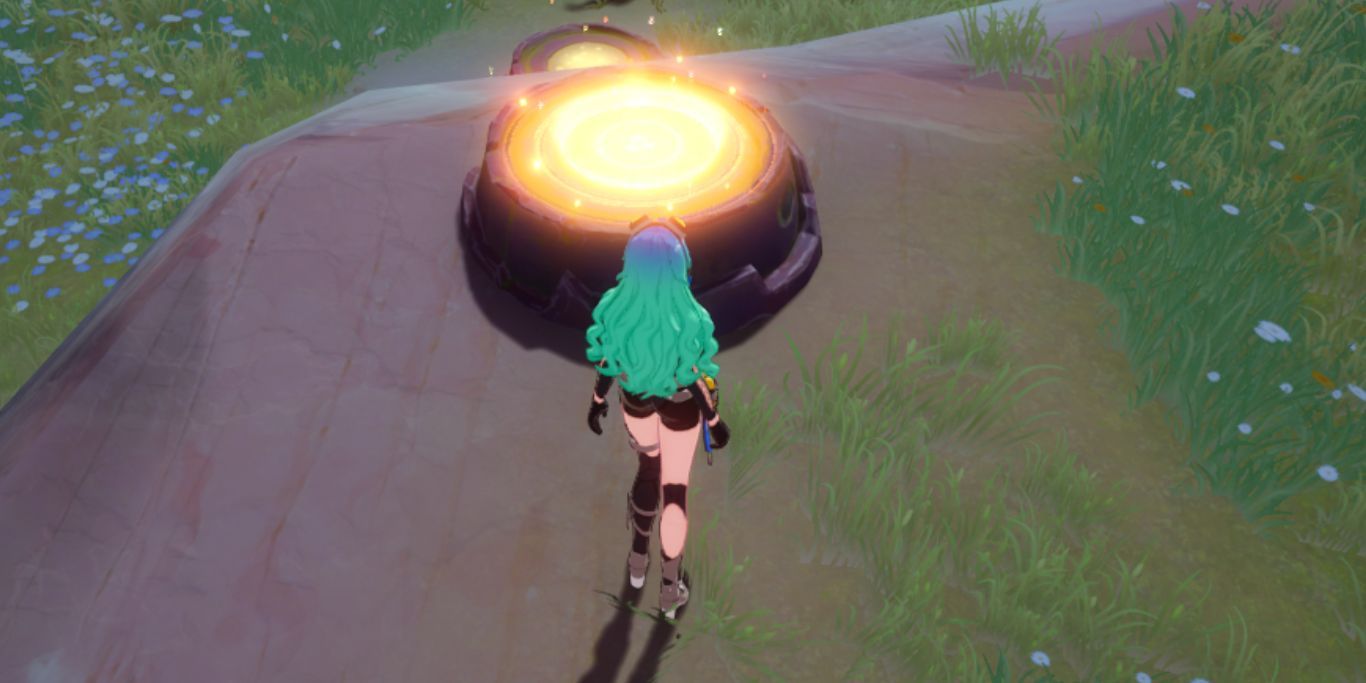 There are two special puzzles in Tower Of Fantasy that can also give you a Nucleus. The first is the mushroom puzzle, which is more common. To solve this puzzle, you need to be attentive.

Firstly, you need to step on every mushroom, and find out which one is the correct starting mushroom. To do this, pay attention to the top of the mushroom as you step on it. The right choice will light up. Similarly, you need to figure out the correct order to get rewards.

Onwards to the rare Melodic Drum puzzle. These give you a Gold Nucleus at the end, and you'll hear special music around the area for a while. To solve this puzzle, you only need to find the first drum. Step on every drum once to see if you can spot any difference to the other drums.

Upon stepping on the correct first drum, one of the other drums will have a special yellow aura on top of it. This signifies that you've found the first drum in order, and the second drum is the one with this aura. Now, simply follow the aura around to complete the puzzle and acquire the chest.